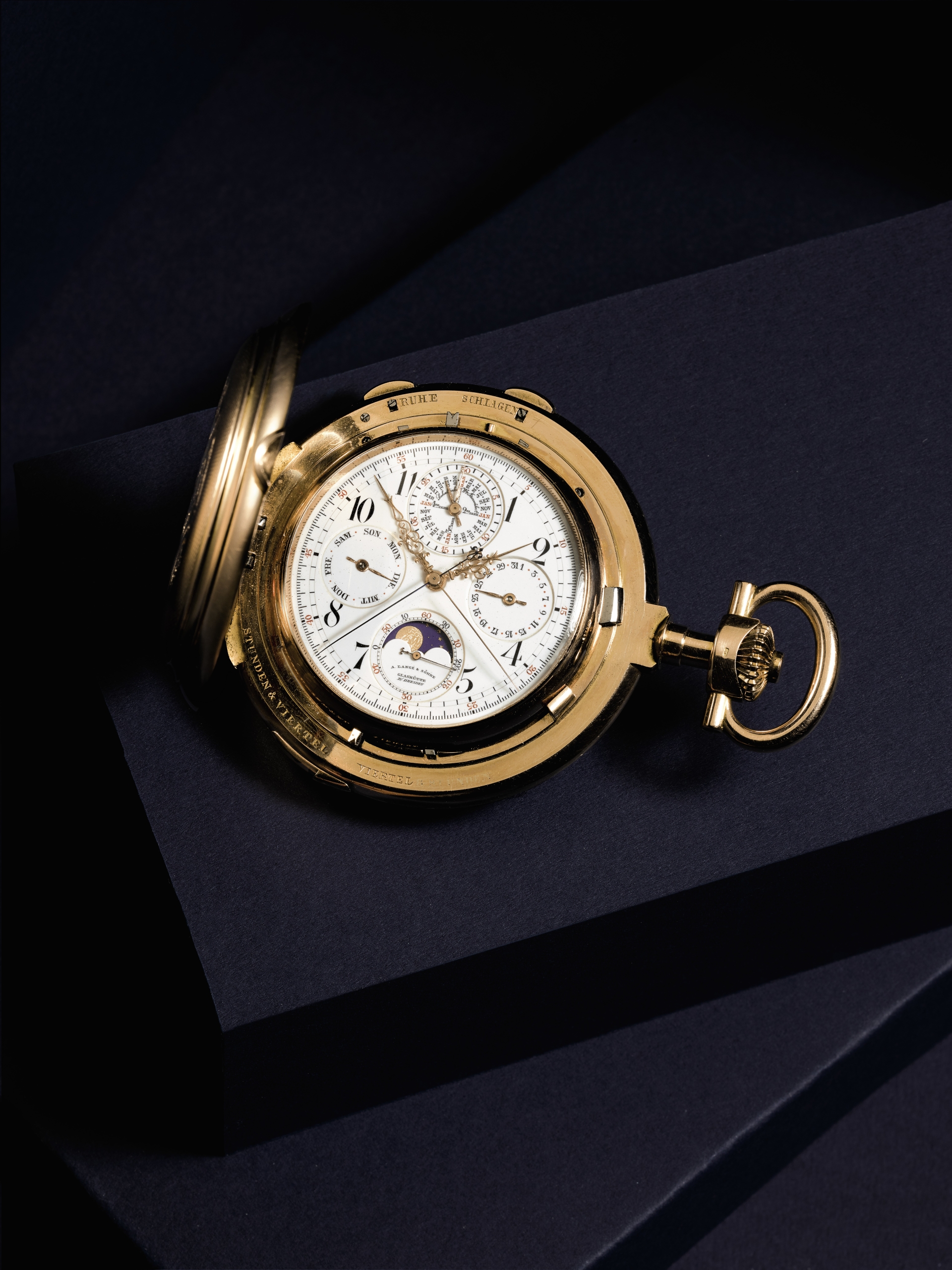 Sotheby’s to put exceptional A. Lange & Söhne watches up for auction

Style
Sotheby’s to put exceptional A. Lange & Söhne watches up for auction
Share this article
Next article

The next edition of the “Masterworks of Time” series of auctions, which started in London last July, will be presenting the biggest collection of A. Lange & Söhne watches. Collectors will be able to bid on these exceptional timepieces on November 11 at Sotheby’s in Geneva.

The 800-some strong “Masterworks of Time” private collection, one of the biggest ever seen, traces horological history from the Renaissance to the present day. After hosting the “George Daniels, Visionary” and “Treasures” auctions in London in July, Sotheby’s is now putting up for auction an impressive collection of timepieces created by German manufacture A. Lange & Söhne.

On November 11, Geneva’s Sotheby’s outpost will be hosting collectors and timekeeping enthusiasts who will not only be able to see over 30 pieces demonstrating the savoir-faire and ascent of the Glashütte factory, but also try their luck at acquiring Swiss, English, and French pieces dating from the 16th to the 20th century.

Among the foremost A. Lange & Söhne pieces on display, Sotheby’s will be offering a 1901 rose-gold pocket watch with perpetual calendar, minute-repeater movement, lunar phases, and split-second chronograph, as well as another pocket watch, this time, from 1849, with a bi-metallic compensation balance.

Collectors will also be able to bid on a sapphire-encrusted pocket watch in gold, enamel, and rock crystal, designed by Adolf Schneider for King Ludwig II of Bavaria circa 1885, and a “singing bird cage” with pendulum, created by Frères Rochat & Rémond ca. 1815, which is bound to be the centerpiece of the sale.