This November, one of the best bars in the world opened in Sydney. Employees Only, originally from New York had opened several outposts around the world including Singapore and Hong Kong. It made perfect sense that they would open in one of the hottest cities for cocktails. Employees Only in Sydney is set to feature the same signature cocktails as its original bar, plus a New York-style bistro dining and art deco interiors. But wait — the other bars in Sydney don’t disappoint too.

Before you head on to a bar hopping trail in Sydney, there is one rule you need to know. In a designated area in the Sydney central business district, the local council has imposed a “lockout” at 1.30am. This means, no one may enter any bars after that period, and no existing patrons can re-enter after that time. Last call for drinks is at 3 am. The areas encompassing these lockout areas include King’s Cross, Darlinghurst, Cockle Bay, The Rocks, and Haymarket. These laws have been implemented to reduce alcohol-fuelled violence.

Don’t let that scare you off, because these cocktail bars in Sydney are worth getting an early head start for. Here are some of the best bars to get a cocktail (or several) in Sydney. Want your cocktails with a side of theatrics? Then you should certainly pay Eau de Vie a visit. We’re not just talking about some fancy shaking routine that some bartenders have going on, because this will catch your attention for the rest of the night, so long as you’re sitting by the bar. Get ready for your smoky cocktails to come with a side of arson — don’t look too closely, or you might get your hair singed. Just in case you’re interested, that particular cocktail is called the Smoky Rob Rob. Otherwise, try the Riverstream cocktail. Picture this: mezcal and calvados, chilled over a frozen river stone. Then, it’s smoked with eucalyptus and citrus oil made with liquid nitrogen. Jangling Jack’s is a great place to unwind with a great cocktail in a relaxed environment, without the high volume of party people. The narrow but cosy bar is inspired by New Orleans, and features a cocktail for every palate — like the Nielsen cocktail which supposedly tastes like a cheese platter, or the Mary Pickford, a smooth sliding cocktail with maraschino liqueur. Another great thing about Jangling Jack’s, other than the cocktails, is the availability of food even after 9pm. If you’ve been to Australia often enough, you’ll realise this is quite a big deal. The fried chicken is one of the bar’s popular dishes to order, or steamed mussels in white wine, garlic, and onion broth. 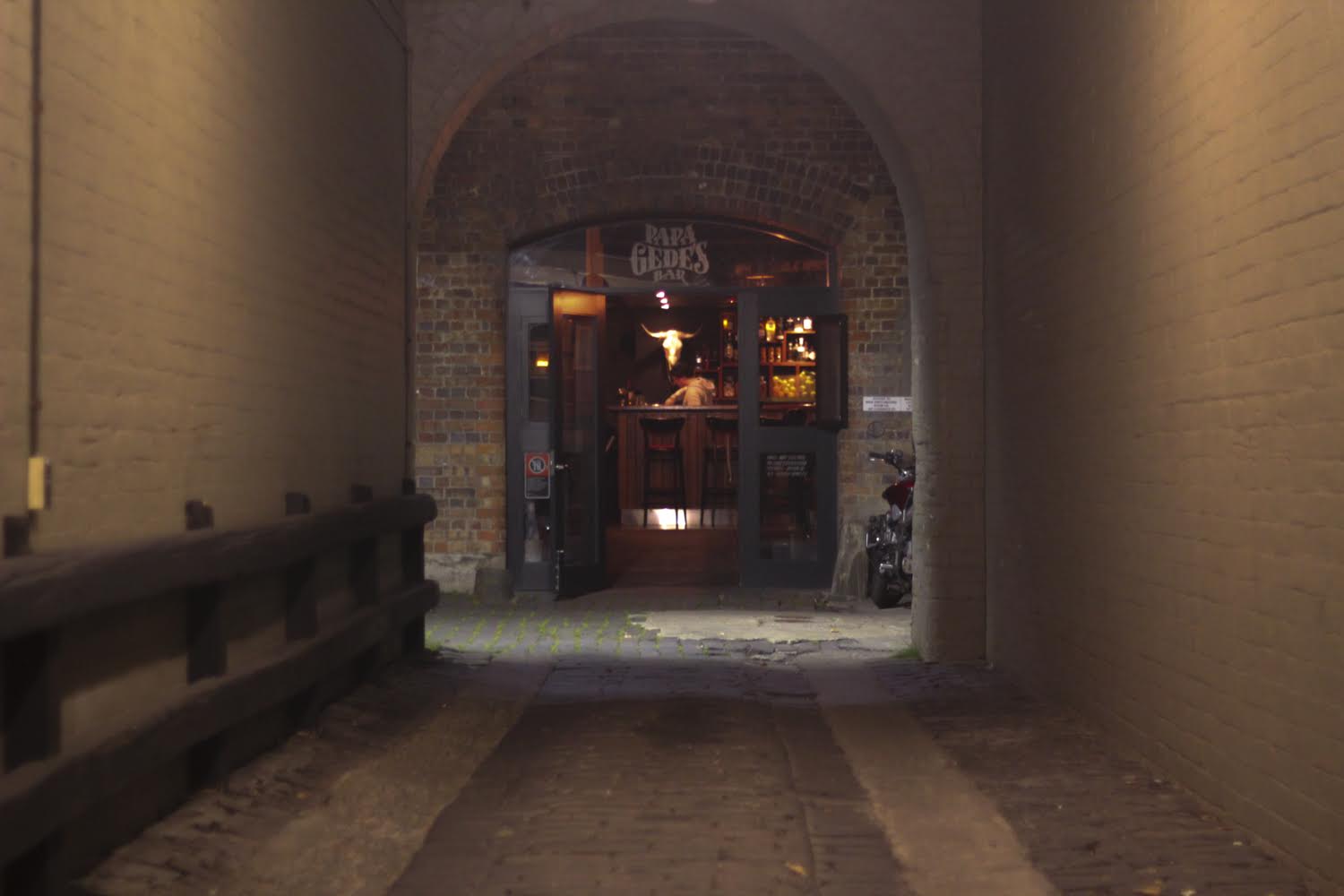 According to Haitian folklore, Papa Gede is the first man who ever died. His soul sits at the crossroads waiting to take departed souls into the afterlife — effectively making him a grim reaper. Folklore aside, Papa Gede’s is also the name of a cocktail bar in the Sydney CBD. It’s one of the few places in town where you’ll be able to find barrel-aged cocktails and a fancy version of the Old Fashioned, made with figs and walnut. If you’re there at the right Monday, they also do monthly spirit tastings (of the alcoholic kind). The best part about going to Papa Gede’s? It’s dog-friendly. Good boys and cocktails — sign us up. 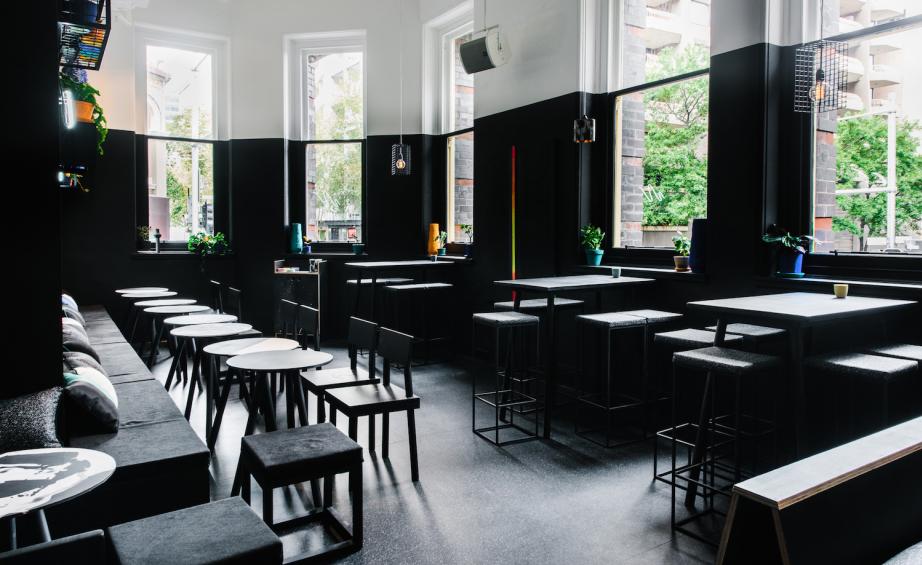 Forewarning — this place isn’t for the purist at heart. The good people behind PS40 love mixing up their classic cocktails, so don’t be surprised if you order something that sounded like a Negroni but ends up tasting like something else. That doesn’t necessarily mean a bad thing — it’s just PS40 embracing the mad science of flavours. PS40 also has an open soda door with a broad range of soda flavours thanks to their in-house soda operation, PS Soda. They’ve recently released a lineup of natural “remedy-inspired” cocktails, so you can feel better about yourself if you’re having a cough or cold. For example, those who are feeling a little sore in the joints can try out the Float Like A Bee Sting Like A Nettle which comprises stinging nettle and burnt honey. 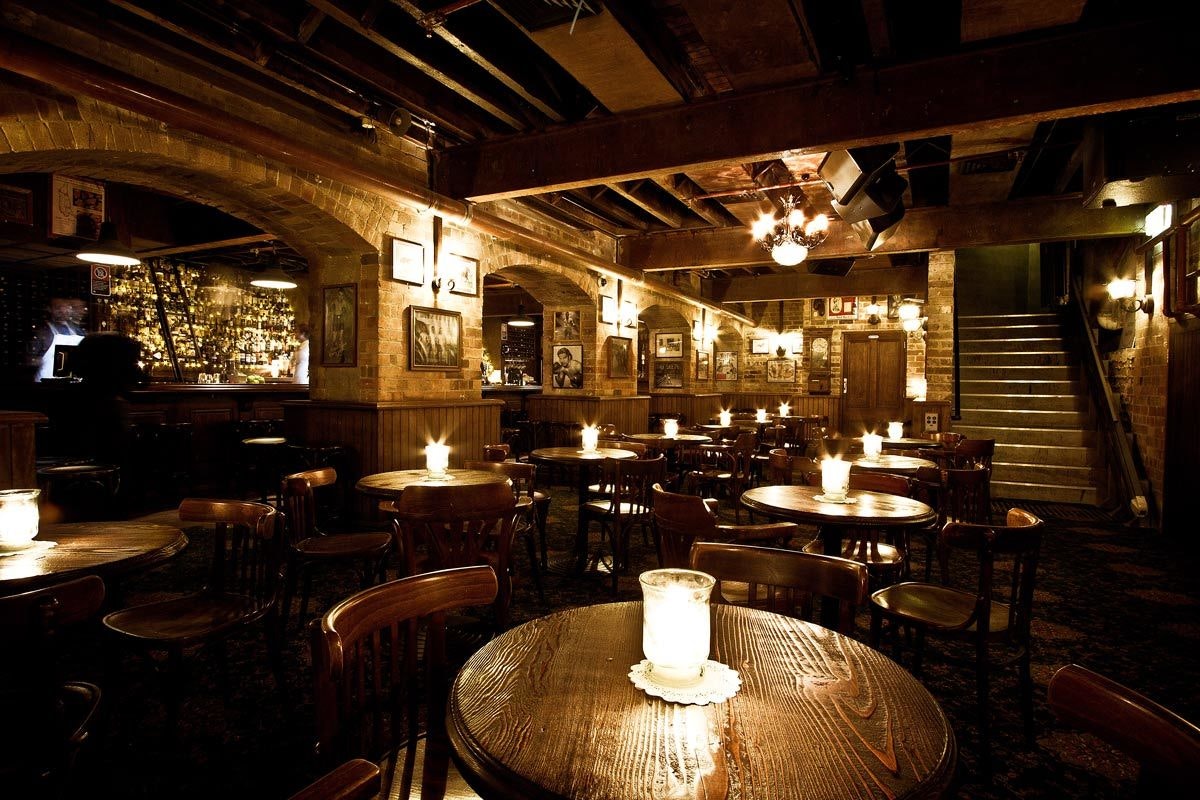 Imagine going to an old-school library where the shelves are floor-to-ceiling, and the only way you could access the top books is by a roller ladder. Take all the books away, replace it with bottles of whisky, and you’ll get The Baxter Inn. This underground whisky cellar is a literal haven for whisky aficionados, having a collection that spans every Speyside, Islay, Campbelltown, Highlands, and Lowlands distillery. You don’t have to have your whiskies neat — the bar does pretty mean classic cocktails too, from the Trinidad Sours to Tommy’s Margarita. They have a no-reservations policy and the lines can be long, so be prepared to wait.

bars in sydney sydney bars best bars in sydney best cocktail bars in sydney cocktail bars sydney eau de vie sydney jangling jack's sydney ps40 sydney the baxter inn sydney papa gede's sydney
PohNee Chin
Editor, Kuala Lumpur
Poh Nee is the editor and writes about travel and drinks. When she's not living out her holiday dreams via Google Earth and sipping on an Old Fashioned down at the local bars, you can find her snug at home bingeing on Netflix and mystery fiction.
Travel Drinks