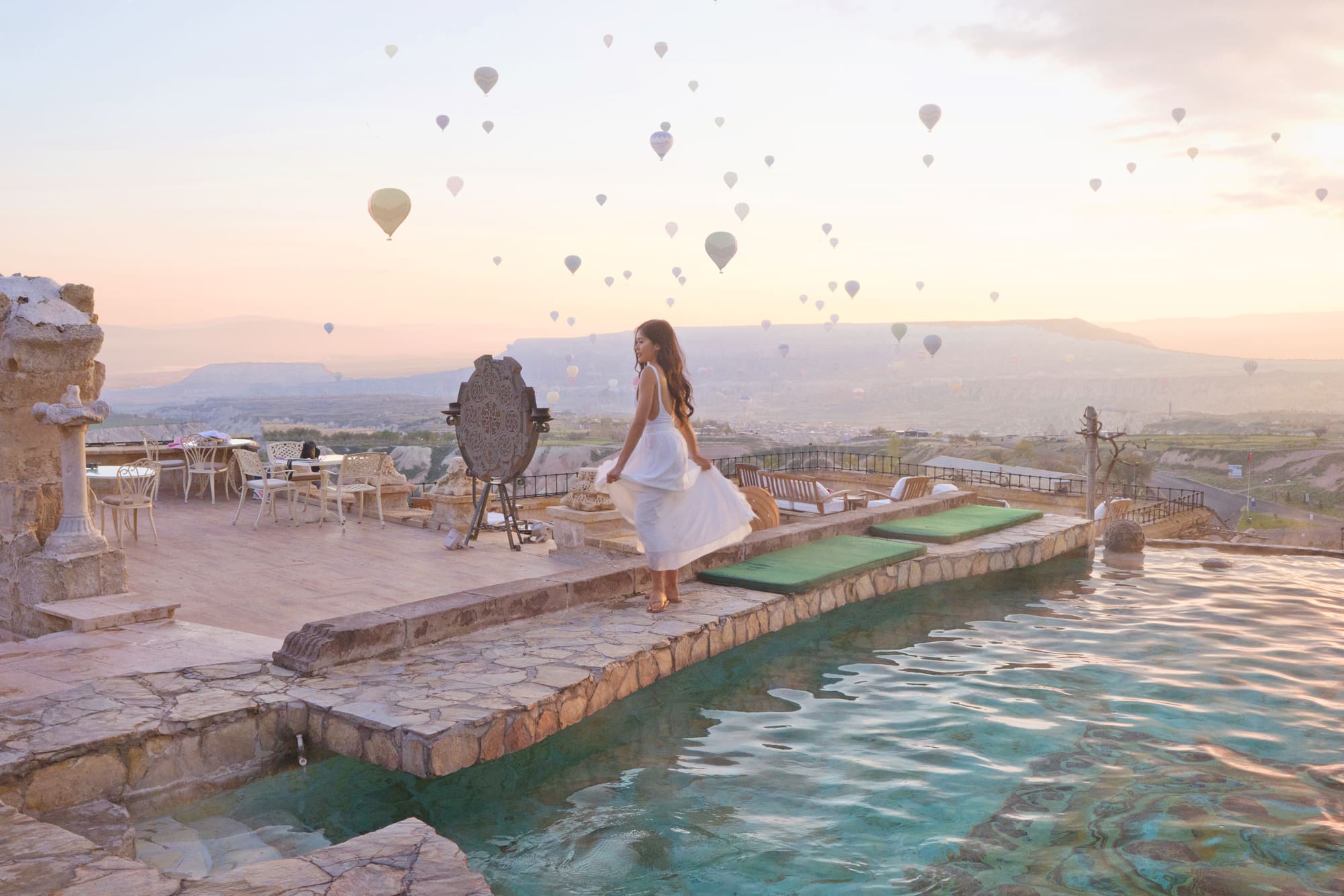 Best places to visit in September, ideal for prolonging your vacation

Travel
Best places to visit in September, ideal for prolonging your vacation
Share this article
Next article

September is a great time to get away. It’s often cheaper, less crowded and an ideal opportunity to enjoy some peace and quiet. So we list the best places to visit in September, whether you’re looking for a staycation, European mini-break or long-haul adventure. The best part? It takes next to nothing to get there from Paris! So pack your bags and go — because there’s nothing really stopping you if you think about it. On y va as the French expression reads! The best September holiday for… sunshine and culture – without the sweltering heat.

If you want a mix of great weather and bewitching culture, this is one of the best places to go in September. Morocco isn’t much fun in the summer: it’s ludicrously hot, and shops and restaurants close for the holy month of Ramadan. In early Autumn, however, the cities exhale as temperatures cool. It’s still sunny enough to hit the beach or pool, but you won’t wilt away while sightseeing or shopping. This wonderful palace is in the heart of the medina of Essaouira la Mystérieuse, a city full of spirituality, dear to artists and adventurers. L’Heure Bleue Palais has managed to preserve the stamp of a traditional Moroccan house and the art of receiving, specific to this country. Influenced by African, Portuguese, English and Eastern touches, the rooms and suites are all arranged around the patio, where a fountain sings, and the heart of the Riad beats.
The je ne sais quoi: the incredible view from the swimming pool over the medina and the ocean, and the cuisine — a subtle blend of French and Moroccan flavours.

Practical information:
— Temperatures in September between 18°C and 28°C
— Travel time from Paris: 3h30
— Flight from Paris from 118€ 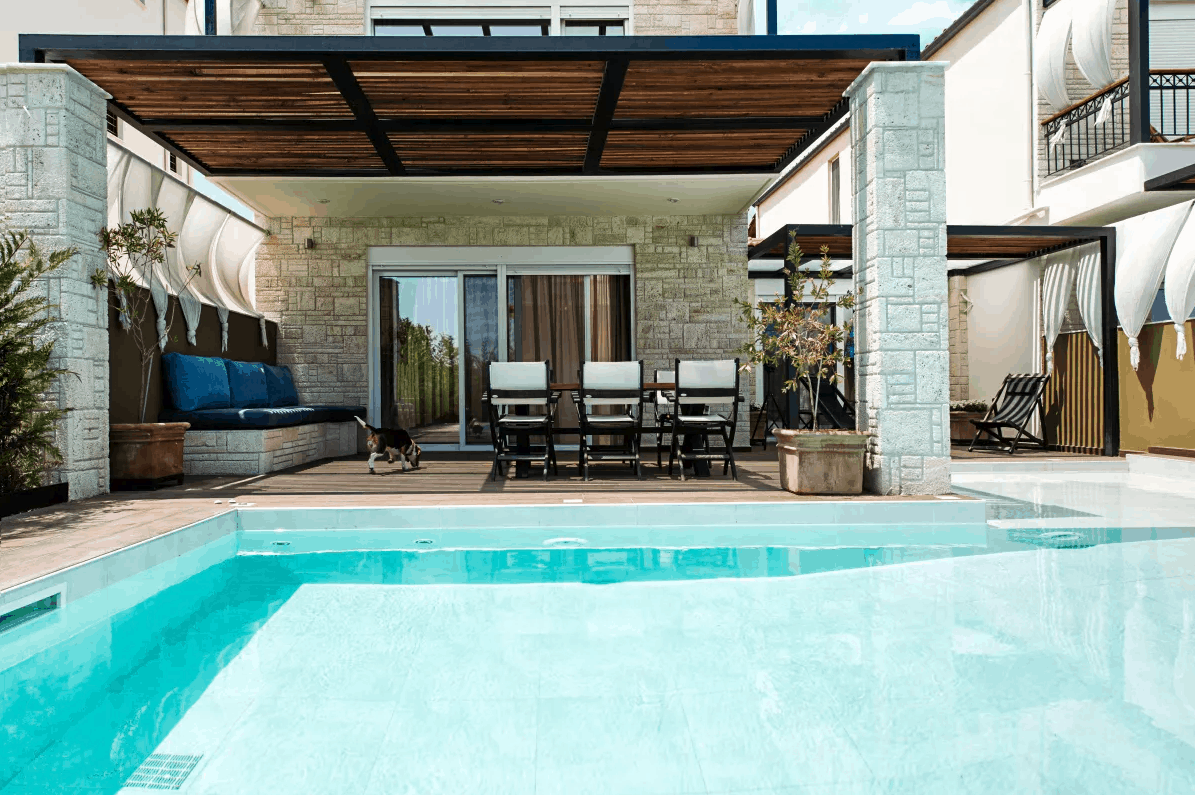 The best September holiday for… relaxation and sunshine.

Greece is perfect for September holidays: the extreme heat of the summer has subsided, and the crowds have long departed. It’s the ideal time to visit historic Thessaloniki town, which boasts numerous museums, churches and twin peaks each capped with a huge fortress. Not so far away from this historic town, lies Sunny Villas. Sunny Villas Resort’s contemporary villas contemplate the mythological spectacle that is Greece, in one Mediterranean garden overlooking the Aegean Sea. The master of the place, Pavlos Moutsis, reigns there with kind attention to each detail, with everything nicely orchestrated by his family, who makes you feel at home as soon as you arrive. The épuré́ style of private homes contrasts wonderfully with the unique panorama, the splendour of history here at hand, all above of a wonderful beach of a cerulean blue.

The je ne sais quoi: a mythological spectacle in a Mediterranean garden overlooking the Aegean Sea.

Practical information:
— Temperatures in September between 14°C and 26°C
— Travel time from Paris: 2h45
— Flight from Paris from 169€

September is the perfect time to visit Croatia. Temperatures are still in the mid-twenties, but the high season crowds will have dispersed and accommodation will be slightly cheaper. From a very contemporary style, the Bevanda seems to be set on the rocks, entirely facing the sea; designed by Croatian architects and designers, it is built on the site of a restaurant installed since forever ago. Its white lines and glass walls sparkle make it seem as easy on the eye like lines drawn in the blue sky.

The je ne sais quoi: large terraces overlooking the Adriatic Sea, offering magnificent views of the Opatija coast, Rijeka and the islands in the distance. Greece can be great value at any time of year, but September really sees some great bargains. The summer crowds are long-gone so the beaches are quieter, and hotels (which are entering the low season) are going out of their way to attract new guests. Sun Rocks is no exception. It has a view that you never tire of — the bright daylight makes the blue waters shimmer and the sunset makes it look like the horizon is on fire. In harmony with the traditional architecture of the island, the rooms are like a cocoon — fresh and calm — with their vaulted ceilings, white walls and cement floors.

The je ne sais quoi: Dug into the rock on the side of the cliff, this intimate boutique hotel overlooks the caldera of Santorini. The best September holiday for… food and culture.

This month is perfect for exploring Cappadocia, the perfectly-preserved slice of Turkey. In a region of such special beauty as Cappadocia, the Museum Hotel is not falling short on that one either as they are delighting its guests with its unique concept too. Built on ancient ruins, and partially troglodyte as with many buildings in Cappadocia (who said living in a cave was only for the ancient man?), the building is first and foremost attractive for its architecture. The terrace is strategically overlooking the valley, leaving this unique landscape to be admired for a full 180°.

The je ne sais quoi: the hotel holds a fabulous collection of Turkish art and antiques.

Practical information:
— Temperatures in September between 17°C and 26°C
— Travel time from Paris: 6h
— Flight from Paris from 291€