Home > Living > Wellness > ‘Emily in Paris’ has everyone talking about ‘trauma bangs’ — Is that really a thing?

‘Emily in Paris’ has everyone talking about ‘trauma bangs’ — Is that really a thing?

If you’ve seen season three of Emily In Paris, you’re already familiar with the titular character’s major hair moment in the first episode. Quick recap: While dealing with a particularly stressful period in her work life, Emily Cooper, played by Lily Collins, takes matters (scissors) into her own hands and gives herself bangs. She and her pals, namely Ashley Park’s Mindy, cheekily refer to her “trauma bangs” throughout the latest season of the hit Netflix show. 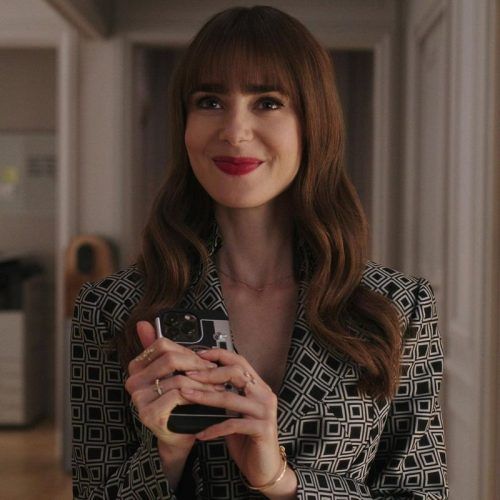 Culture
‘Emily in Paris’ Season 4: Release date, plot and everything else you need to know 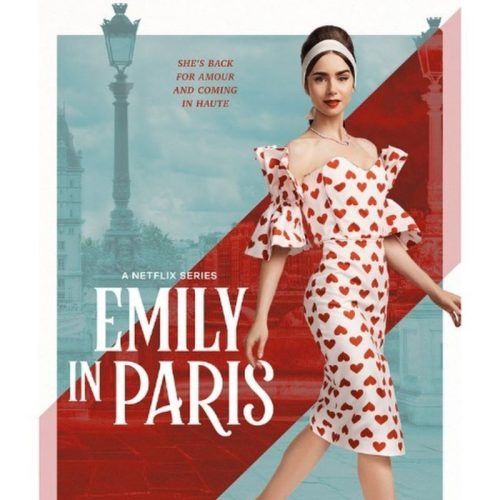 What is the psychology behind Emily in Paris hit ‘trauma bangs’?

Even before Netflix hit Emily in Paris, the notion of the “trauma haircut” — that is, making a drastic hair change during or after times of distress — is a pretty common one. In fact, Collins and Park opened up about their own “trauma haircuts” in a recent interview with the New York Times. And Collins joked about her “trauma bangs” in the caption of an Instagram post of her hairstylist giving her bangs IRL. With all this talk about “trauma hair,” you might be wondering why so many people are drawn to change their look during chaotic times and whether or not it’s appropriate to conflate getting bangs with a trauma response.

“People often change their hair after a big life change — say, a breakup or other loss — as a way to symbolise a new beginning,” explains Talia Bombola, LMFT, a licensed psychotherapist in Newport Beach, California. “It can be a powerful way to express a desire for a fresh start and to move on from the past. For some, it can be a way to mark a change in identity and a chance to make a new statement about who they are. Changing one’s hair can be a way to take control of the situation and to create a feeling of empowerment.”

There are several reasons why someone might seek to change their appearance after experiencing a stressful event. The change might represent “a way of expressing their emotions, seeking comfort, or changing their outlook,” says Bombola. “It can help them feel more in control and give them a sense of security. For some, this change in appearance can be a way of ‘hiding’ from the world or the stressful event itself,” she continues. “It can also be a way of signalling to others that they need help or support. Whatever the reason, changing one’s appearance after a stressor is a natural and common reaction, and it is important to remember that everyone deals with stress in different ways.”

While switching up your look may be a totally normal way of coping with a big life change, Bombola points out that a bang trim doesn’t exactly count as a trauma response. In fact, using the term “trauma bangs” low-key minimises the physical and emotional turmoil survivors of trauma experience. “A trauma response is the way a person reacts to a traumatic event or experience,” says Bombola. “It can range from feelings of sadness and fear to physical reactions like increased heart rate and difficulty sleeping. Everyone responds differently to trauma, and oftentimes it can take time to process what happened and begin to heal.”

ICYDK, there is a distinct difference between stress and trauma. “Daily stress can be different for everyone, but generally it’s a feeling of being overwhelmed and anxious due to the demands of everyday life,” says Bombola. “Common causes of daily stress can include work, family, relationships, finances, and other obligations. Not everyone who experiences stress has undergone a traumatic incident.”

In contrast, trauma is the “lasting emotional response that often results from living through a distressing event,” such as an accident, crime, or natural disaster, explains Bombola. “Experiencing a traumatic event can harm a person’s sense of safety, sense of self, and ability to regulate emotions and navigate relationships,” she continues, adding that traumatic experiences can cause shock, denial, and contribute to daily stress.

Downplaying someone’s genuine trauma can minimise or demean their experiences, so Bombola recommends using terms such as “identity change haircut” or “breakup bangs” to avoid being insensitive. That said, if you’re itching to update your look in the pursuit of making sense of something stressful going on in your life à la Emily Cooper, Bombola gives the green light — provided you also rely on additional coping mechanisms in your mental health toolbox, such as talking with a counsellor.

“As long as [a haricut] isn’t used as a replacement for actual mental health treatment, I don’t see a problem with following in Emily in Paris ‘s new trend,” says Bombola. “It’s an easy and fun way to change up your look, which can be refreshing and put you in a better mood. It can also be a great opportunity for self-care, as taking care of your hair and styling it can be a great way to relax and pamper yourself.”

But be warned: If a haircut “does create a sense of control, it may be fleeting or false,” points out Bombola. “Nothing is a replacement for proper therapy.” (Need some financially friendly resources? Here’s how to find affordable therapy when you’re broke.)

A Scent to Remember: Niche perfumes and fragrance brands to love this year