Christian Louboutin’s always been a busy man. First came the world-famous, sky-high stilettos in 1993; then the recent foray into beauty with nail polishes and lip lacquers mimicking those iconic red soles; and then, just last year, came the debut of three lust-worthy fragrances, designed with distinct scent personalities, each capturing different ways for women to express their femininity.

One year later, perhaps unsatisfied and wanting to experiment with storytelling, Louboutin decided to give the now-iconic bottles a fresh makeover — further cementing the desires and feelings expressed by each fragrance, and also stepping into the cinematic arena with three short films to tell each tale.

Louboutin also wanted to create a smaller 30ml bottle that would be the perfect size for women to take on their travels and daily adventures. A closer look at the new bottles (officially launching worldwide on 20 September) reveals that the unique ombre colouring has remained the same, as well as the feminine lines that hint at the heel of a stiletto — its elegance has just been compacted into a smaller size, removing the empty cavity that was once in the centre of the previous bottle design.

The short films each feature a different leading lady wearing a specially designed Louboutin shoe to express the idiosyncrasies of each fragrance. For Louboutin lovers  we’re giving you the first chance — before anyone else — to watch these exclusive films below.

Bikini Questa Sera is dressed in an exotic golden-and-cocoa-hued bottle — supposedly evoking the dark-gold Egyptian sunset — and is a heady, sensual scent of tuberose and jasmine. It’s aptly captured by a woman stretched out on a recliner and surrounded by tropical foliage. She emerges in a smooth yet languid dance, akin to a snake moving to the sounds of its charmer. Wearing a pair of striking vermillion and clear pointed flats, she playfully flicks it off her foot with a kick before returning to her sunbathing.

In warm rouge and champagne gold, Tornade Blonde is an airy, romantic and girlish fragrance created with Bulgarian rose, fresh verdant cassis and Italian bergamot. Classically feminine yet with a hint of adventure, the leading lady here is a fiery redhead swinging and dancing through endless blue sky. She’s wearing flirty platform sandals with a chunky see-through heel encasing rose petals within.

Dressed in a deep regal purple and gold, if the name didn’t already suggest it, Trouble in Heaven is the darkest, most seductive scent of the three. With amber, patchouli, tonka absolut and iris, it’s a gorgeously warm yet intoxicating scent flirting with the edge of danger. This is personified in the film with a powerful femme fatale character wearing equally dangerous-looking stilettos, dancing around the room in the throes of ecstasy, expressing desire through fiery flamenco moves.

You’ll find that the short films evoke the same kind of surreal storytelling found in dreams. It’s the same way the perfumes are meant to be, as ideas “inscribed in your subconscious,” says Louboutin in the official press statement. “There is something very exciting about the way [the perfume] is there one moment and then it leaves a trace.” He adds, “You see a woman walking towards you… she walks by and you are left with just the red flash of her soles and the trace of her Parfum.” 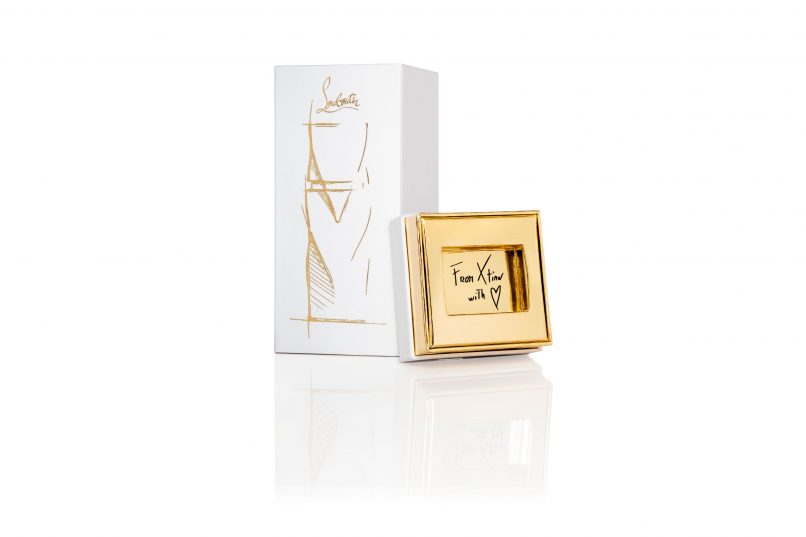 Each bottle doesn’t come cheap (Louboutins never are, after all), but they’re no doubt irresistible as a gift for any leading lady in your life (or of course, yourself.) They come in a pristine white-and-gold box with a note inscribed by Louboutin himself. All you have to decide is: which type of woman are you?

The 30ml fragrances (HK$1,150 each) will be released 20 September worldwide at Christian Louboutin boutiques and Lane Crawford beauty counters.