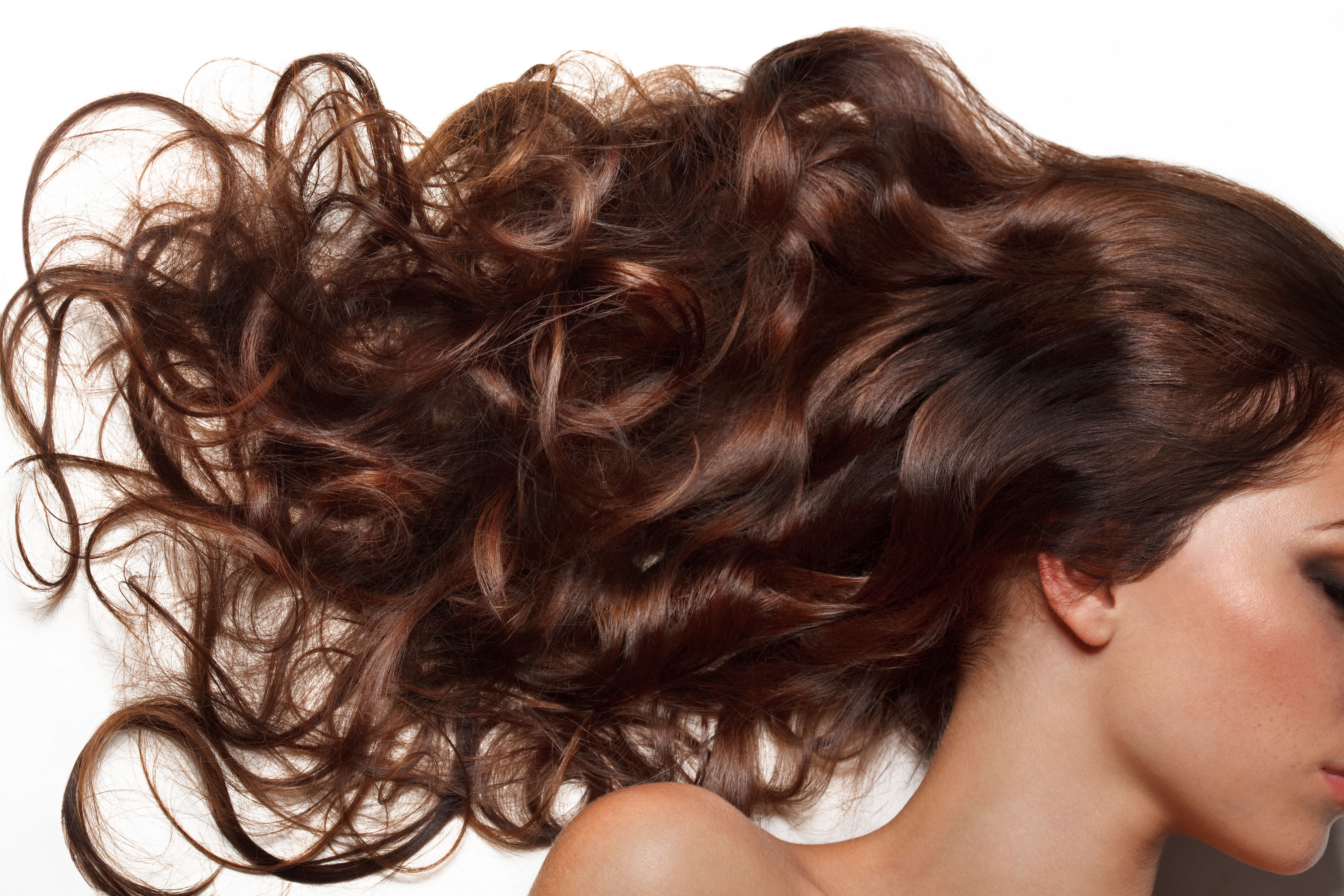 Hairspo: These are the top hair trends of 2017

Beauty & Grooming
Hairspo: These are the top hair trends of 2017
Share this article
Next article

As they say, new year, new hair. For all of you looking for a makeover this month, we chatted with four top Hong Kong hairstylists to find out what the top hair trends are for 2017.

With over 30 years of experience and a passion for Hollywood fashion and style — if it wasn’t already evident in the name of her salon — Rennie Fensham opened Hollywood Hair in 2013. With a dream to bring a little bit of glam into everyone’s life, she isn’t afraid of using the latest trending products and techniques. Hollywood Hair now operates jointly with Glow Spa, so clients can get primped and pampered from head to toe.

Receiving her training with L’Oreal and Redken, Beverley Cappleman is the stylist and leading lady behind the concept at The Strand, which combines spa treatments and hairstyling in a sleek, three-storey venue in Central. From men’s fades to sophisticated cuts and colours for ladies, it’s all about taking what’s current and offering the best look to enhance a client’s own unique style.

Part of the top creative team at Hair Corner, Ritz Lam is a well known figure in the Hong Kong editorial styling sphere. With over 20 years in the hair biz and eight years at Hair Corner, Ritz divides his time equally with commissioned styling projects for theatre and fashion shows as well as for clients at the salon’s Wellington Street branch.

Originally based in London, Robin Lomas has amassed plenty of high-profile clients over 20 years — starting his career from assisting a shoot with David Bowie to styling English actress Miranda Richardson to working London Fashion Week. After a stint in TV styling in Hong Kong in the 90s, he also began working with Paul Gerrard in Hong Kong in 2001. Returning to the SAR for a third time, Lomas has recently joined Capelli Hair as its new Creative Director. 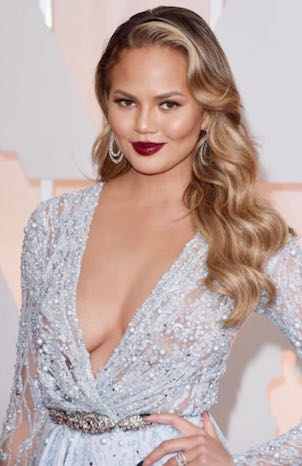 The world is only just getting properly educated about what balayage is. It originates from the Italian-French technique where they would paint on the hair where the light hits to achieve a sun-kissed look, so that you don’t look like you have colour on. The “bronde,” where your roots are darker (brunette) and brighter ends (blonde), looks like a balayage but more grown-in — it’s a more seamless blend. This was seen a lot at the Golden Globes, and is a great look for those with grey hair as it calls for an easy and budget-friendly touch-up at the roots. Hair contouring — lightening with flattering, face framing highlights — is also gaining popularity. I think we will see this style of colour for a long time. –Rennie Fensham

The ombre effect that was popular in recent years has evolved to a more natural look with enhanced balayage techniques. Westerners tend to choose this style because it only requires simple lightening, whereas Asian hair usually requires a lot of bleach to get the desired light colours. –Ritz Lam

Hong Kong is still about six to eight months behind when it comes to Hollywood. Rose gold (which was popular last year) is absolutely still going, and something that’s becoming quite popular these days is copper tones, with dark reds, light reds and coppers. Crazy colours are still around, and what’s really up and coming is neon — completely glow in the dark hair — but you’ve got to have the personality to go with it. –RF Colour-wise, reddish tones are coming back. A warm toned brown, for instance. Korean looks, inspired by K-pop artists, still continue to influence Hong Kong trends, which appears in simple, one-tone colours in reddish, darker tones, which also enhances the brightness of Asian skin tones. Last year we saw a lot of ashy, matte colours — they are beautiful, but they tend to make Asian skin tones look more drawn out and tired. A lot of people have already tried it and want something new. –RitzL

For colouring, pastel greens, blue, pink, or any bright unnatural colours are losing trend in 2017. People are going for more of a natural look, with colours that complement skin tones, soft natural blondes and warm autumnal colours. –Robin Lomas

Short cuts and bold colours. Rose golds, blonds and grey tones are being asked for. The need for long lush hair is high maintenance, and people want hair that’s more deconstructed and softer, and doesn’t have a lot of maintenance, apart from the colour. –Beverley Cappleman 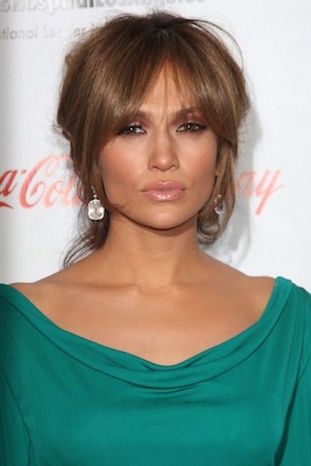 Bangs are coming back, especially with square bangs with long tresses. It’s nice to have bangs in winter in Hong Kong, but once summer comes, you have to start growing it out. I have a way of cutting Hollywood bangs — I call it the J-Lo — you have a fringe that sits around the sides of the eyebrows, and it’s important to have movement of the bangs, so it brings more attention to the cheekbones. Most Hollywood people have a first flick above the cheekbones, and a second flick or wave near the chin, and this brings the cheekbones out more and more attention to the eyes. –RF

It’s sassier, younger, fresher, and I think there’s going to be a lot of fringes. Even on long hair there’s going to be cheek fringes. This is great for people who have been thinking about getting a fringe but not necessarily bold enough to go in at the eye. This is an option so you have something framing the face. –BC It’s all about embracing what we have and making the best of what we have. Big hair is coming back — think classic blow dries with lots of body and natural curl. For ladies with natural curl, embrace the curl! –RobL

I’m very happy for my clients with natural curly hair, my African clients with curly hair — because thanks to Alicia Keys, natural afro hair is back! That’s bringing the perm and the curl, and of course, natural curl back. I’ve been doing a lot of perms lately, and don’t think of it as just an eighties perm… there’s nothing worse than a bad perm — but it’s lovely to just put a natural wave in to make it look like you’ve only used a curling iron. I use these big rollers to add in volume and movement. –RF

We’re getting a lot more Afro-Caribbean, African-American, and African customers, and we have a specialist on the team, Cynthia — there’s so much work that goes into their hair management, and [lucky for them], now the trend is going back to something a lot more natural, a kinky, curly hair or ‘fro. –BC Nowadays, it’s too easy to get style inspiration from magazines and the internet, so it’s hard to be dictated by just one trend. People like to style their own hair these days too, so a strong direction for this year’s top styles is in creating a versatile base haircut that people can play around with on their own. The key thing is movement and lightness, so large waves will come back in fashion. We’ve also gotten more requests for lighter fringes, something that’s versatile that looks good no matter how you brush your hair aside. –RitzL

There’s a little bit of a renaissance of what happened in the ’80s too — where it was bold, bigger, a lot of movement, but it was short. This year, it’s about short, sassy, cute hairstyles — the thing is versatility. Jewellery will play a part as well; if people want to show off detail on the ears, they’ll have to think about how they’re wearing their hair.  –BC

Extensions will be big this year. Not the usual permanent ones, clip in is the way to go, as they create length and thickness depending on your requirements, and are easy to remove before going to bed after your night out. –RobL

For the gents: Messy high fades Last year, we started seeing a lot more barbershop fades with hair swept back on top, but this year they’re a little more hand-tousled and layered up top, a bit longer than last year for a more casual feel. Not as structured as before, so ditch the gel. –RitzL There are some longer looks coming in on the top, so they may be keeping it quite tight on the sides, with neat fades. Typically in Hong Kong it’s very hot, so it works well for guys. Men are very much aware of grooming — beards are definitely in, but more styled. They’re not as big and bushy and hipsterish, they’re tighter and cleaner. We get a lot of guys looking to get the detail in there that they can’t get themselves. — BC

Beauty Hair Wellness Hairstylists Hair Trends Hairstyles
Evelyn Lok
Managing Editor
When not trying out the latest beauty and wellness trends, Evelyn is likely enjoying a perfectly balanced negroni or exploring some of Hong Kong's best new places to eat and drink. At Lifestyle Asia she covers everything from the biggest events in town to interviews with Hong Kong specialists, with topics spanning art, food and drink, health, tech, and travel.
Beauty Wellness Events Art Drinks
Sign up for our newsletters to have the latest stories delivered straight to your inbox every week.

Hailey Bieber’s glazed donut nails are everywhere: Here’s how to recreate them

Play the Blues: The resurgence of blue eyeshadow and how to wear it