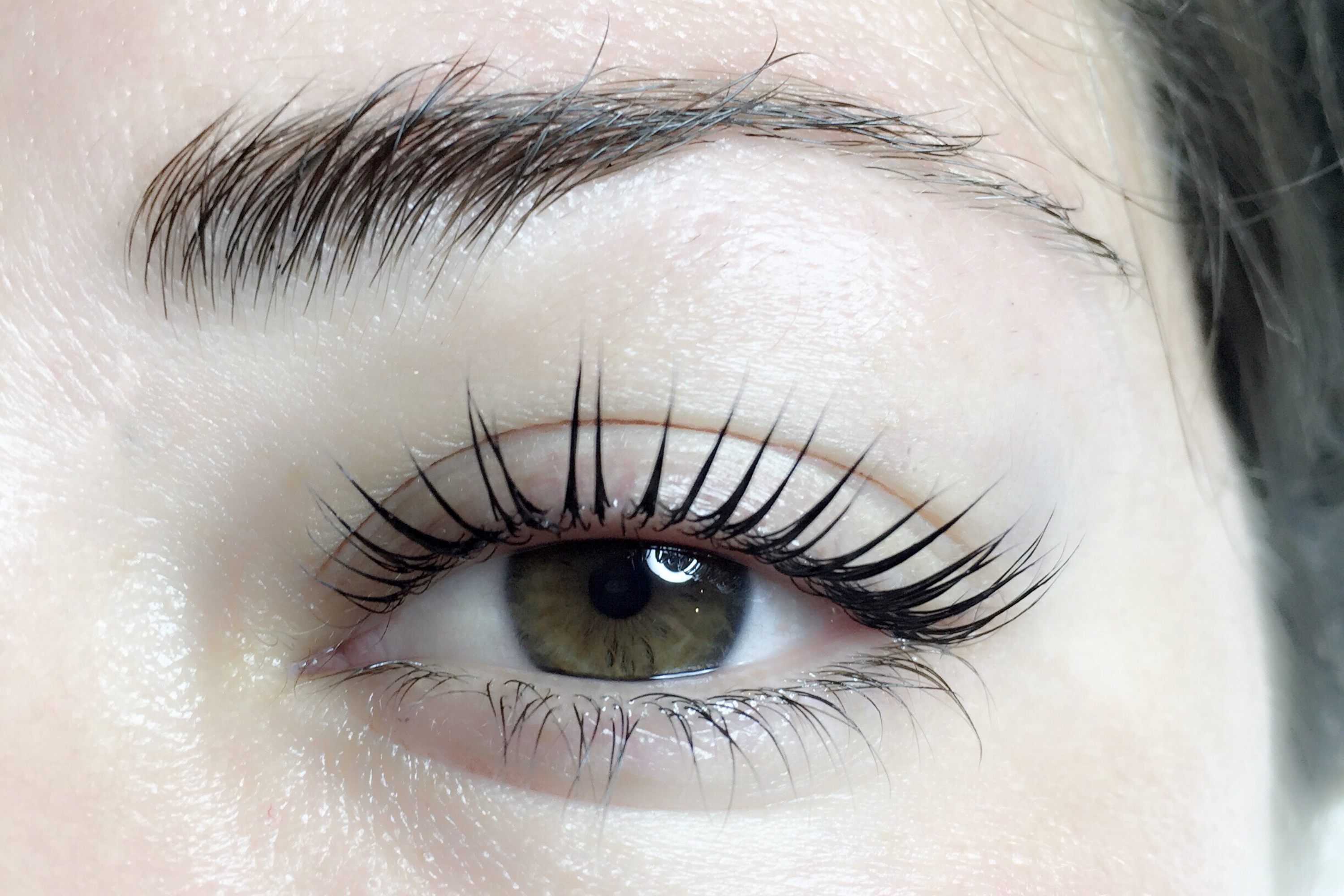 Who doesn’t want the appearance of thick, luscious lashes? For extra eye-awakening volume and length — plus, being able to wake up looking instantly put-together — getting eyelash extensions has become almost an essential norm for busy Hongkongers who want to look glam 24/7. But it doesn’t come without its drawbacks: for starters, no more mascara; plus, you aren’t allowed to use any eye makeup or oil-based products and cleansers (if you don’t want the glue to dissolve and your lashes to shed, that is). And that’s even before mentioning the quickened fallout of your natural lashes due to the extra weight of artificial extensions, which may result in much sparser growth. It’s not uncommon to want to take several months of ‘rest’ between treatments in order to grow back your natural hairs.

For those like me who prefer a more nourishing, natural approach to getting luscious lashes without extensions, there’s keratin lash lift treatments. Exploding in popularity in recent years, these are similar to keratin hair treatments in that they stretch and straighten your lashes: Each strand gets stronger and thicker, with effects lasting up to eight weeks. For droopy lashes that point downwards, lash lifts finally give them life and visibility. What’s more, you can use all the eye makeup and oil-based products your heart desires, perfect for lovers of natural makeup and oil cleansers. 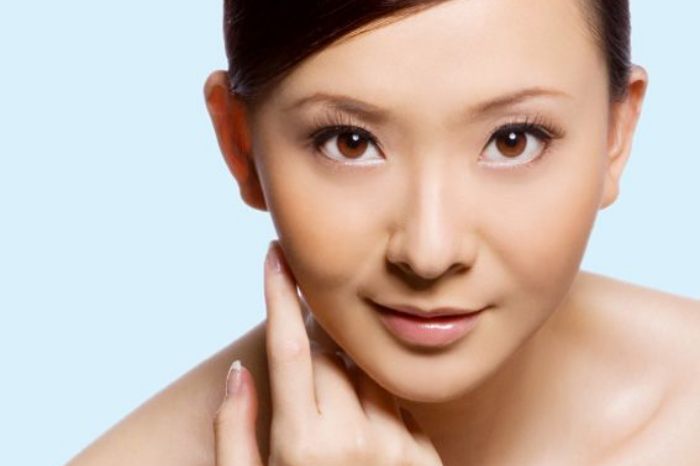 Personally, I’ve always been unsatisfied with my eyelashes: They’re long (as I’ve been told by various lash estheticians), but whip-straight and facing downwards, thus never giving me that eye-awakening effect. Plus, any mascara smudges immediately, with little increase in volume.

That’s why I was keen to try G.E.L. Lashes — the next generation of keratin lash treatments which is now available at Fast Beauty Spa, a Hollywood Road mainstay known for their express spa sessions. On top of being able to instantly lift, smooth and volumise the natural lashes from root to tip, G.E.L. also boasts an exclusive nutrition-packed hypoallergenic formula from Europe that, as the day spa informed me on my visit, hasn’t previously been used at any other venue in Hong Kong.

First I had a consultation with Fast Beauty’s master lash artist, Adrianna Lawera, who is well versed in the world of lash beauty. She previously worked at Sense of Touch Beauty to bring them their innovative lash treatments; in addition, she’s a certified master trainer for Yumi Lashes, another lash enhancement technique brand.

The G.E.L. Lash treatment involves five steps: cleansing, combing, separating then stretching the lashes onto individual silicone cushions to hold them in place, then finally applying the treatment: a unique blend of lotions to soak and soften the lashes (if you desire a boosted colour, then tinting is also possible here). The last step is brushing on a keratin nourishing essence, coating the lashes with vitamins that help strengthen each fibre. 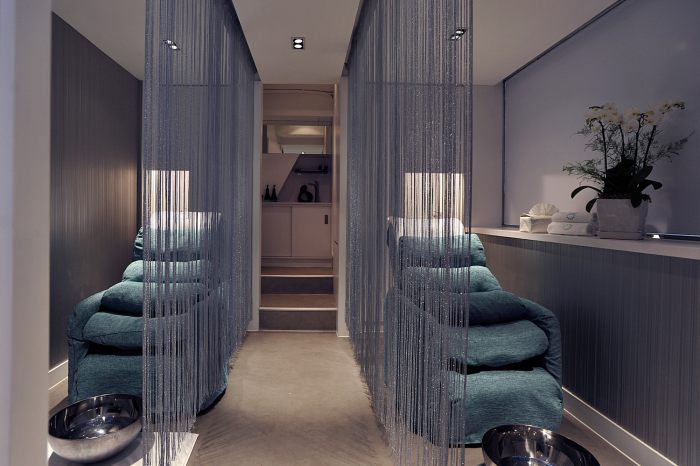 Fast Beauty is a quaint and cosy operation, made up of just one corridor of reclining armchairs for nail and lash appointments alike. Despite the lack of privacy, I might have preferred to stay down here for my session for the comfort; instead, I was led up a narrow spiral staircase to the upstairs private room, a slightly cramped attic space where the air conditioning blew furiously above me. Thankfully, Adrianna was very thoughtful every step of the way, from easing up the cold temperature and offering towel blankets to her steady and careful hand during each technical step of the treatment.

Adrianna had a thorough look at my lashes first under a bright light, and noted that my left eye had sparse spots compared to the thicker right side, though this may alternate due to the different lash growth cycle for each eye.

Eyelash extensions and keratin lash lift sessions are pretty much identical in experience, except instead of taping down the under eye area, my upper eyelid was taped down with a thin, cushiony silicone pad. At this point, it was easy to snooze away while Adrianna combed, cleaned, separated and stretched my lashes upwards. No stinging, no pain or discomfort, just the strange feeling of your eyelashes being pulled and wetted with serum. I woke once or twice during the session, but before I knew it, just under an hour had passed and I was gently nudged awake.

With still-wet lashes from the final keratin serum, I was able to open my eyes without the stinging pain normally associated with undried lash glue. Unlike extensions, you don’t open your eyes to the happy surprise of dramatically long and gorgeous lashes, with identical silhouettes on both sides. Instead, the results are a lot more natural: simply your own lashes, but enhanced. 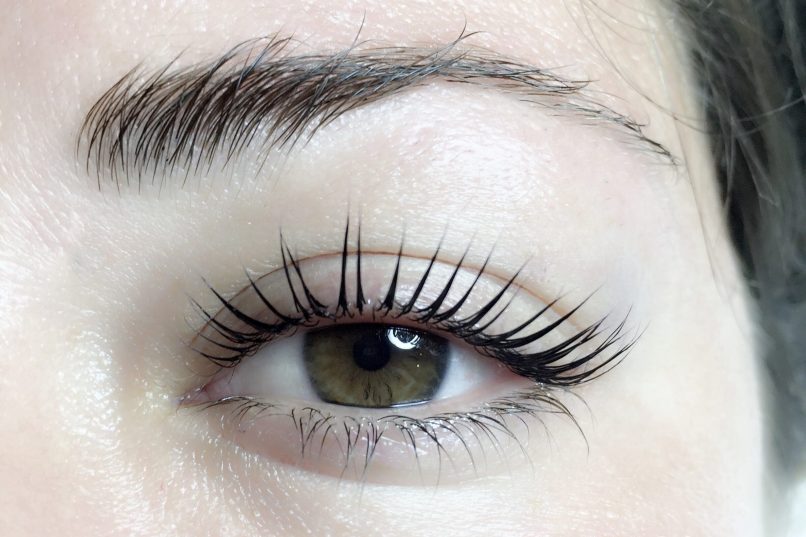 Mine were now obviously curled upwards, but not as voluminous as I had hoped for. But as Adrianna reassured me, the results depend on your natural lash length and strength, and lashes that have undergone keratin treatment can retain more fabulous results with even regular makeup and mascara. This was absolutely true: I carried on using my regular mascara from Benefit the next day, and I was obsessed with the versatility. Instant long and fluttery hairs, where I could control the length of the outer lashes for a sultry cat-eye vibe even without needing to curl them. Adrianna suggested that I carry on using an eyelash serum each day to help the hairs grow thicker and more evenly on both eyes, and typically the second and subsequent keratin treatment tends to get better results. For me, one treatment lasted about five weeks before newer baby hairs evened out the curled silhouette — with my sparser left eye eventually retaining more of the lifted effect compared to the right.

It’s not hard to become obsessed with keratin lash treatments, which allow makeup addicts like me free reign over our skincare and makeup regimes without restriction. It still gives you a relatively low-maintenance routine, and perhaps most importantly, bragging rights that you’re just simply wearing your own natural lashes, but better.

All you need to know about the latest anti-mascara trend!