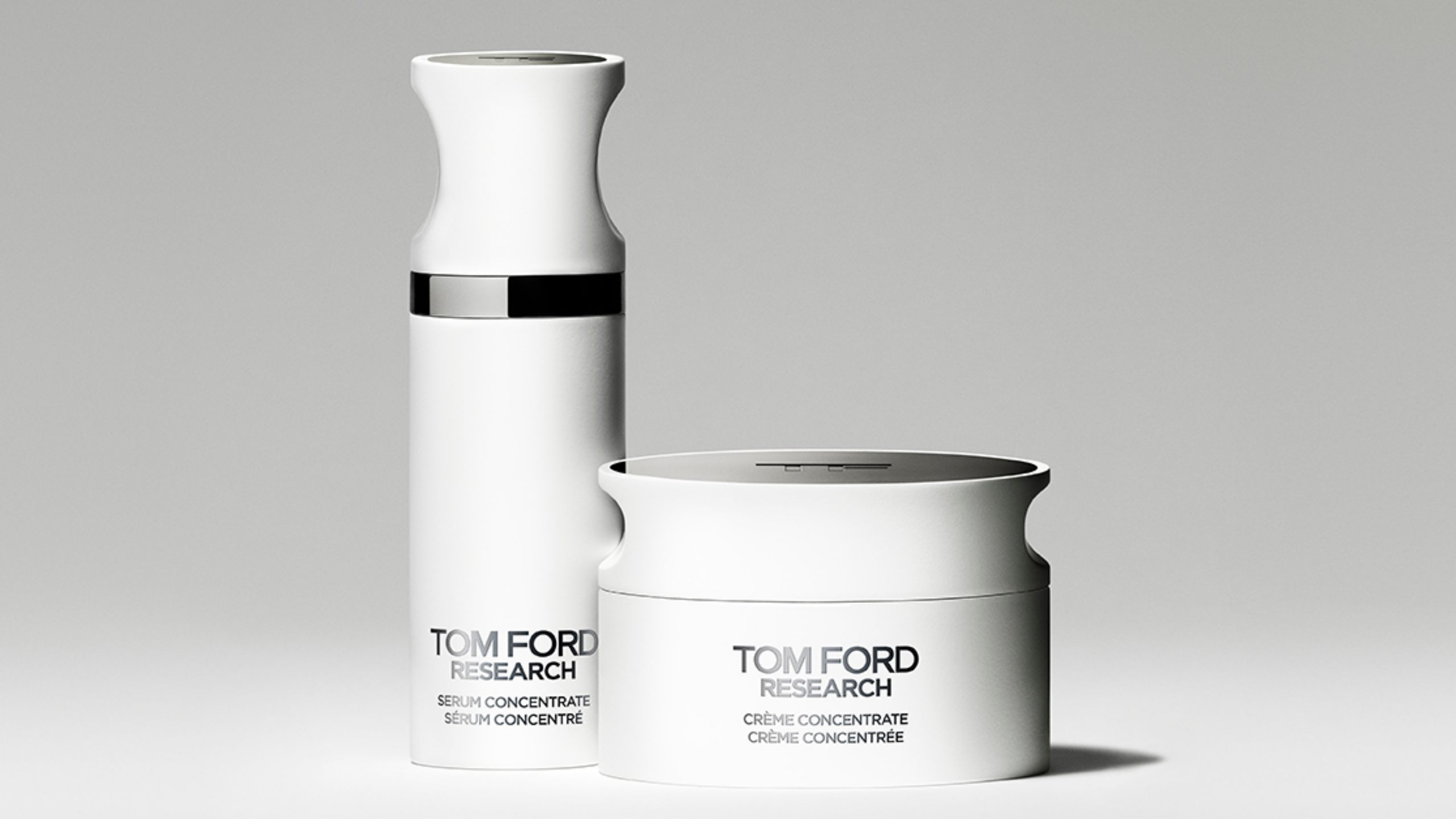 Fans of Tom Ford will want to head on a shopping spree ASAP: the new Tom Ford Research skincare line has now officially launched at beauty counters and at its dedicated beauty stores in Tsim Sha Tsui and Sha Tin.
Following our first look at the rumoured products just last month, we now have confirmation on the groundbreaking new luxury launches by the visionary fashion designer. The Tom Ford Research line promises potent scientific formulations that aren’t just fluff stamped with a brand name; they are responses to very tangible concerns that Tom Ford personally narrowed down. He reportedly established his own research facility just to start the range.

“My vision is to merge breakthrough skin science with true luxury, to create transformative skincare regardless of skin type or gender,” said Tom Ford in announcing the brand launch. “This is the reason I established Tom Ford Research. Working closely with a team of scientists, we develop what is truly remarkable and that which delivers undeniable visible results.”

Two products have been launched in the initial phase: the Serum Concentrate and the Crème Concentrate. Both have been formulated to energise tired skin foremost — increasing the appearance of a bright, hydrated complexion. Through the team’s research on the effects of caffeine on skin, it was observed that the chemical promotes the movement of sodium ions in the skin.

Acting as carriers of electrical energy, this also floods the skin with hydration. These findings are set to be published in a scientific journal and have already been presented at the American Academy of Dermatology Conference.

The two aforementioned products each contain potent concentrations of three key ingredients that have been identified for their ability to promote healthy, energised-looking skin: The first is white porcelain cacao, a rare variety of cacao that makes up less than 0.5 percent of the world’s cocoa production. It’s an antioxidant packed with polyphenols, hence helping to protect the skin from free radical damage.

The second is caffeine — its presence in Tom Ford Research products has been optimised in terms of molecular size and the format of dispersion, so that the formulas can deliver a consistent, heightened concentration. The third key ingredient is gyokuro, a highly prized variety of Japanese green tea. Grown in the shade rather than in the sunlight, this strain of matcha has a much higher concentration of certain compounds, such as theanine, an amino acid. Once again, gyokuro aids with antioxidant protection as well as soothes the skin.

Designed for both men and women, the two key products are meant to be used in succession. The Serum Concentrate (HK$2,800) features glycolic and lactic acids, helping to gently resurface the skin while absorbing quickly to help retain moisture, smooth imperfections and restore a healthy radiance. Followed by the Crème Concentrate (HK$3,500), a featherlight yet ultra-rich cream, dehydrated skin soaks up the hyaluronic acid and select humectants, while a cocktail of peptides helps the skin look smoother with reduced lines and wrinkles. It’s designed to give a 24-hour reservoir effect so your skin stays hydrated all day, and is suited for day and night usage.

Check out the two products in person at Tom Ford Beauty counters or online at Lane Crawford.