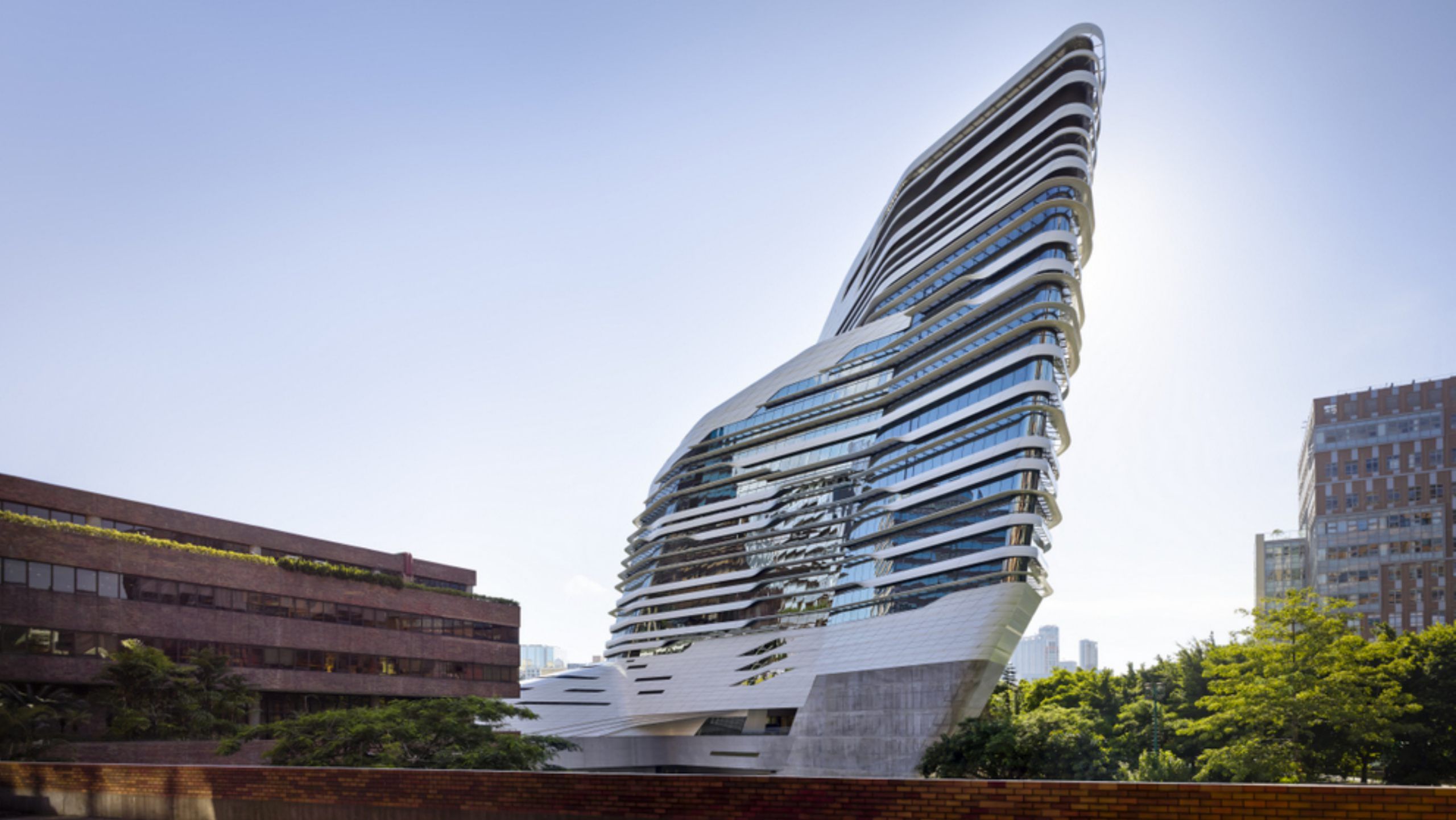 The 2000s saw the rise of the term starchitect — a designer who creates such brilliant buildings that they are lifted into the realms of global celebrity. Hong Kong is of course a city with everything you could ever wish for so we too are blessed with creations from some of the world’s best architecture superstars.

Across the territory, some of the city’s most striking buildings owe their designs to the world’s starchitects and Lifestyle Asia has chosen our favourites and unearthed a little bit more about them. 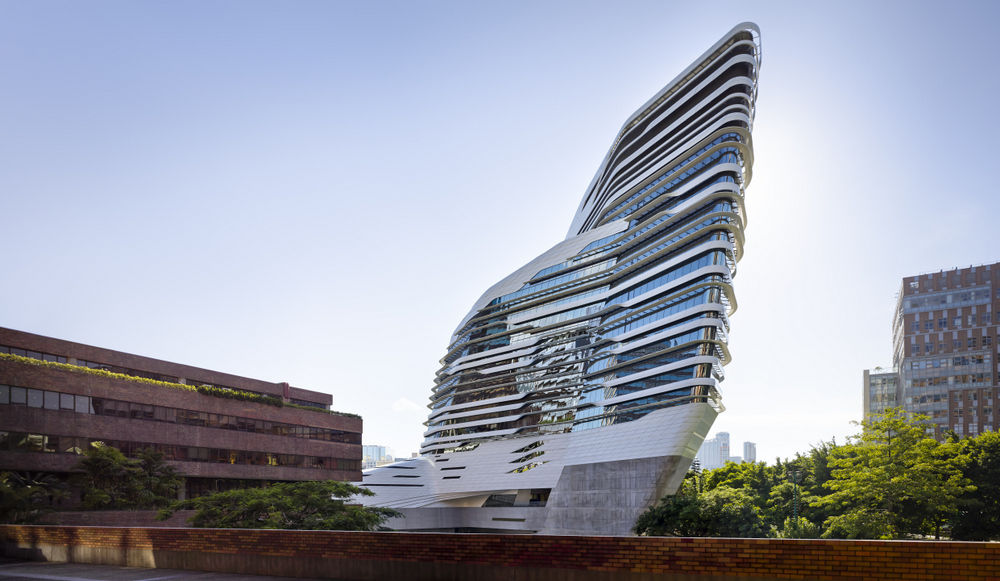 No one defines the starchitect better than the late great Zaha Hadid. The Iraqi-born, London-based architect caught the world’s attention with her fluid, sweeping style. Her genius is in full swing at Poly U with her Innovation Tower standing in contrast to the square red-brick buildings of the campus. At 15 storeys tall, the building features large atriums and voids that bring in tonnes of light and fresh air as well as enough studios, workshops, labs, exhibition halls and lecture theatres to hold 1,800 students and staff.

In true Hadid style, a series of walkways, escalators and stairways connect the different levels in surprising yet organic ways. You might be interested to know that one of Zaha Hadid’s first winning designs was actually a Hong Kong project. In 1983 she won the bid to complete a leisure club on the Peak, though the building was never made. 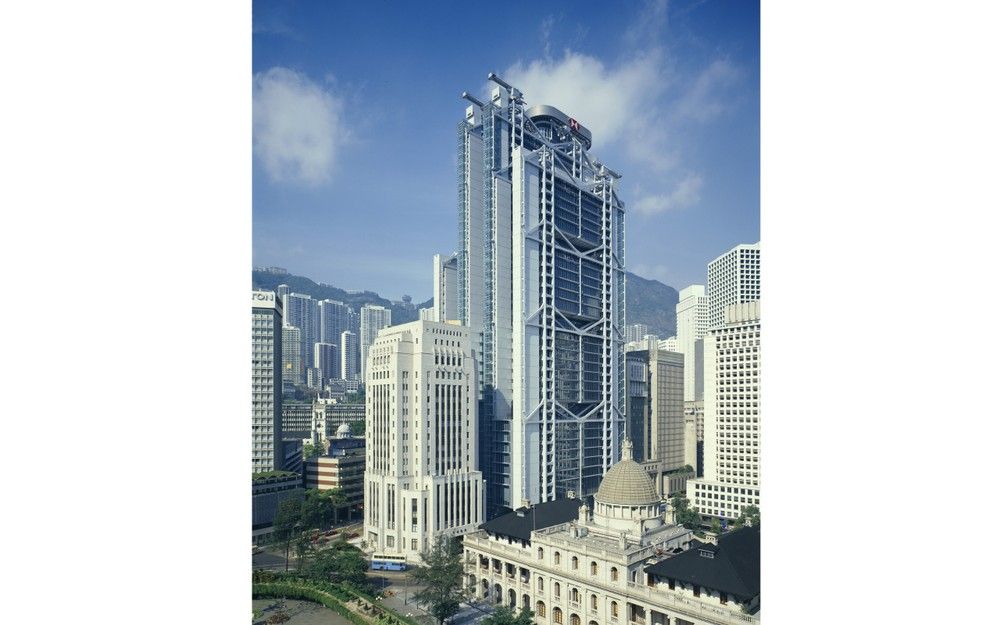 This funky building was British architect Norman Foster’s first major project outside of the UK and his first tower. With his fresh eyes he completely rethought the commercial blocks that had hitherto existed in Hong Kong. The building was slotted together with pre-fabricated sections like a giant Meccano set. The ten storey atrium is flooded with sunlight through a complex set of mirrors that track the movement of the sun throughout the day. Floors above are clustered into ‘villages’ with their own atriums and escalator systems.

Foster’s revolutionary concepts have changed the way office buildings are designed around the world. It was conceived in the 1970s and completed by 1986. It’s compelling design (and eye watering price tag — about HK$20 billion in today’s money) was meant as a firm declaration of the future of the territory among the unease of residents ahead of the 1997 handover. Fun fact? The escalators at the base of the building are not only allegedly the longest freely supported escalators in the world but also sweep up at bizarre angles to represent the whiskers of a dragon sucking wealth into its belly. 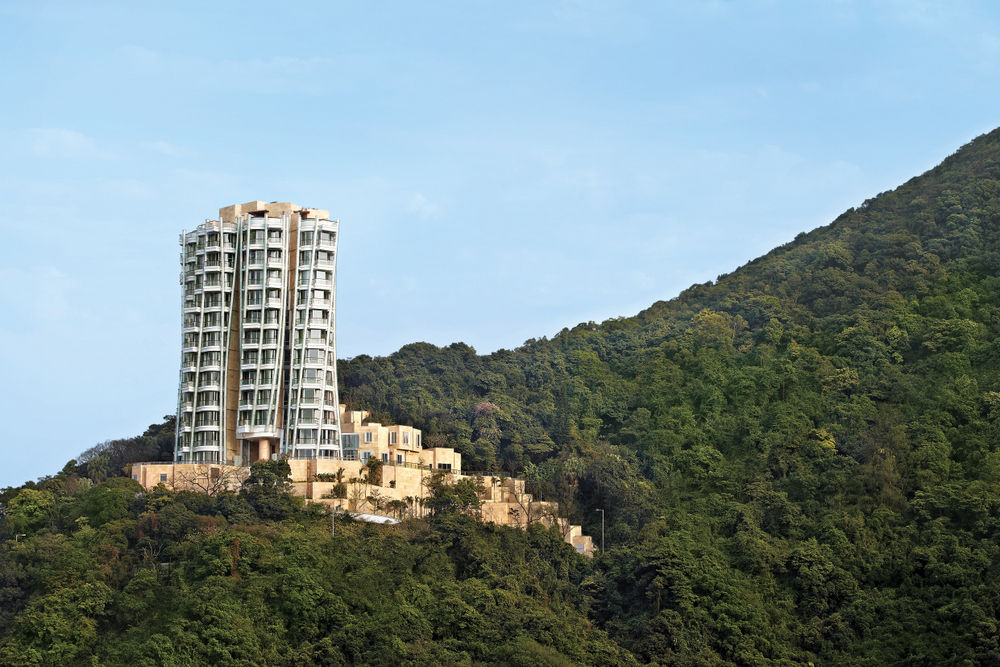 With residential properties it’s all about location, location, location. In this respect Canadian-born American architect Frank Gehry had a bit of a head start when he designed this striking block on the winding hillside road that climbs from Happy Valley to the Peak on Hong Kong Island. Since the building is visible all the way from Central to Causeway Bay, we’re glad Gehry took the design process seriously. “This is a unique opportunity, not likely to be replicated anywhere. I want to make something incredibly beautiful that people will respect and love for generations,” he said of the project at the time.

Organic shapes created by glass-enclosed columns mimic the natural beauty of Mount Cameron. Cleverly, these swerving columns also limit the need for load-bearing walls. This means owners can adapt their apartments and the entire façade of the building is glass, taking full advantage of those sweeping harbour views. The project exudes exclusivity. Opus is home to just two double-level garden apartments and ten apartments above, all slightly different due to the building’s curves. 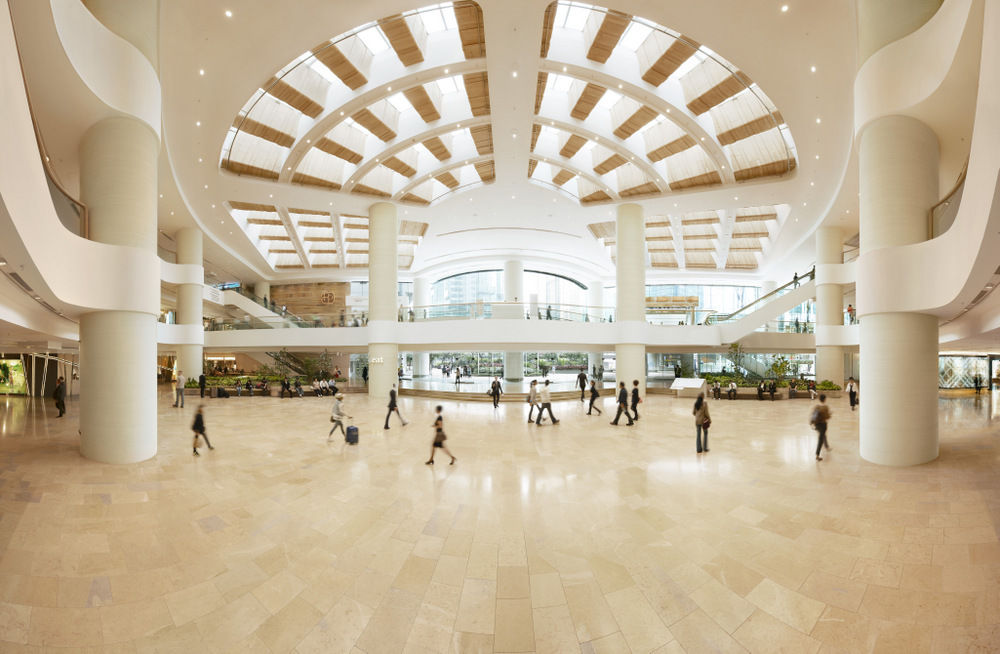 Originally constructed in the 1980s, Swire’s behemoth shopping mall was in need of a facelift by 2010. The man chosen for this task was Thomas Heatherwick. The British designer has proved himself to be quite the multi-talented craftsman and has designed everything from London’s new Routemaster bus to a Bombay Sapphire distillery. For his Pacific Place revamp, Heatherwick introduced more light, more greenery and a lot of curved wood and stone. He replaced outdated skylights with a very clever seven-layer glass ceiling that is strong enough to drive lorries over.

The undulating roof is created by steel expertly-shaped in a Chinese shipyard. These curves continue throughout the project in weathered stone, exposed wood and molded brass details. In the bathrooms, ingeniously-designed invisible hinges mean cubicle doors are seamless in a wall of curved wood. The project has cemented PP’s popularity — an estimated 130,000 people pass through the building every day. 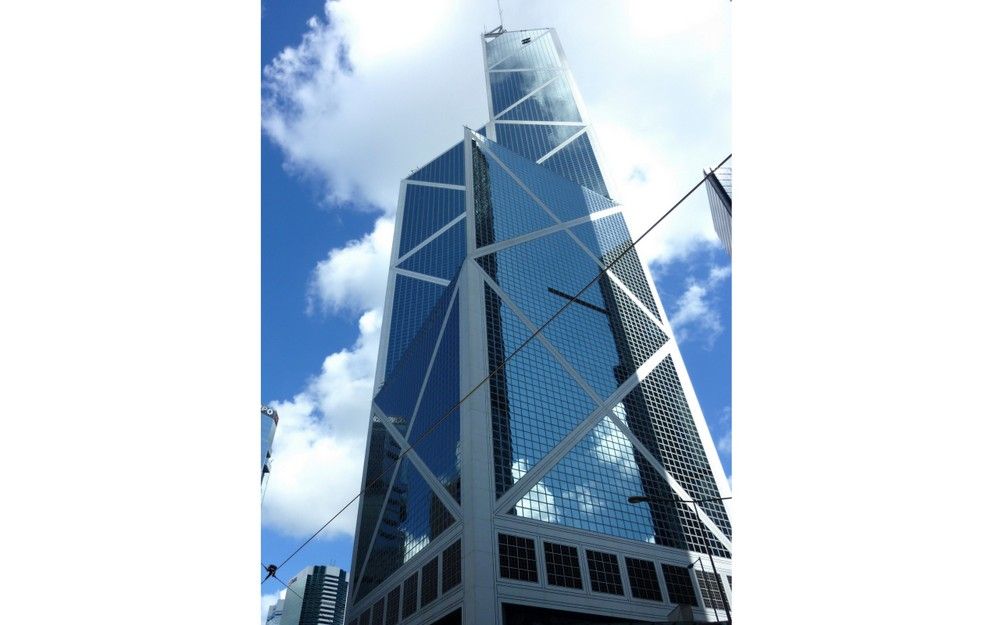 Another building with its roots in Hong Kong’s colonial past is the Bank of China Tower by Chinese American artist I.M. Pei. At the time of its opening in May 1990 it was the tallest building in Asia. The building’s segments takes inspiration from the growth of bamboo to represent the aspirations of the Chinese people in the soon-to-returned territory. The building has become notorious for its aggressive feng shui. Its sharp corners are like knives slashing at the good fortune of its neighbours, including Government House and Foster’s HSBC building right next door. In fact, the protruding spikes on top of the adjacent HSBC building were allegedly added to counteract the bad feng shui of BOC when it opened. Pei’s geometric design begins with four vertical shafts that are ‘shedded’ as the building rises resulting in a single triangular prism for the final floors.