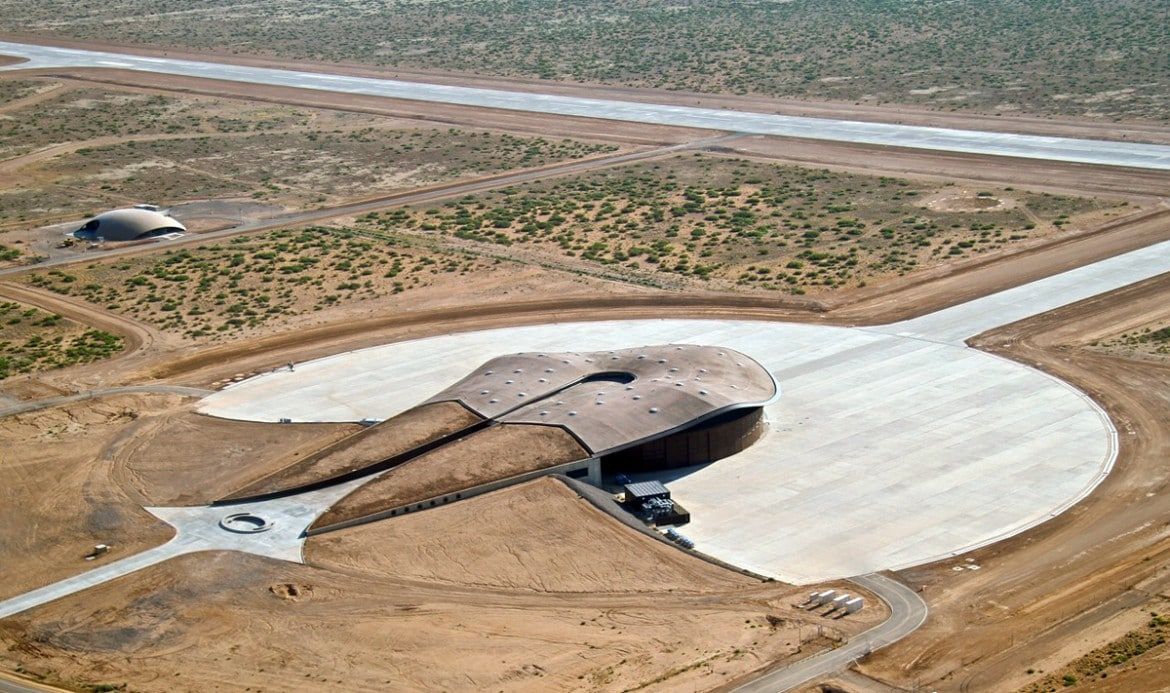 With the realisation of commercial space travel almost here, Sir Richard Branson’s Virgin Galactic is gearing up for lift-off with the first-ever commercial spaceport in the world. As early as next year, the mega-rich can prepare to board the first suborbital space flights, lifting off from Spaceport America in New Mexico. (Branson himself expects to be on the first test flight launching later this year).

Brought to life by prestigious design and engineering firm Foster + Partners — which won a competition back in 2007 for this project — Virgin Galactic’s ‘Gateway to Space’ is the world’s first purpose-built space terminal. It’ll combine the passenger terminal with a hangar facility for the WhiteKnightTwo and SpaceShipTwo vehicles, both destined to take to the skies and beyond when test flights begin in 2020.

Unlike a regular airport, guests will spend several days training at the facility before their journey to space. If you want to hop on a ride onboard SpaceShipTwo, you’ll need to cough up a whopping US$250,000 (S$347,000), though that is by far the cheapest way to head into space.  In comparison, rented seats on board a Soyuz rocket in the past would have cost millions.

Travel Space Travel Virgin Galactic Gateway to Space Spaceport America
Lifestyle Asia
Here's where you can read the latest news and stories from Lifestyle Asia and our sister titles PrestigeOnline and Augustman, curated from all of our editions in Hong Kong, Singapore, Kuala Lumpur, Bangkok and India.
Luxury
Sign up for our newsletters to have the latest stories delivered straight to your inbox every week.