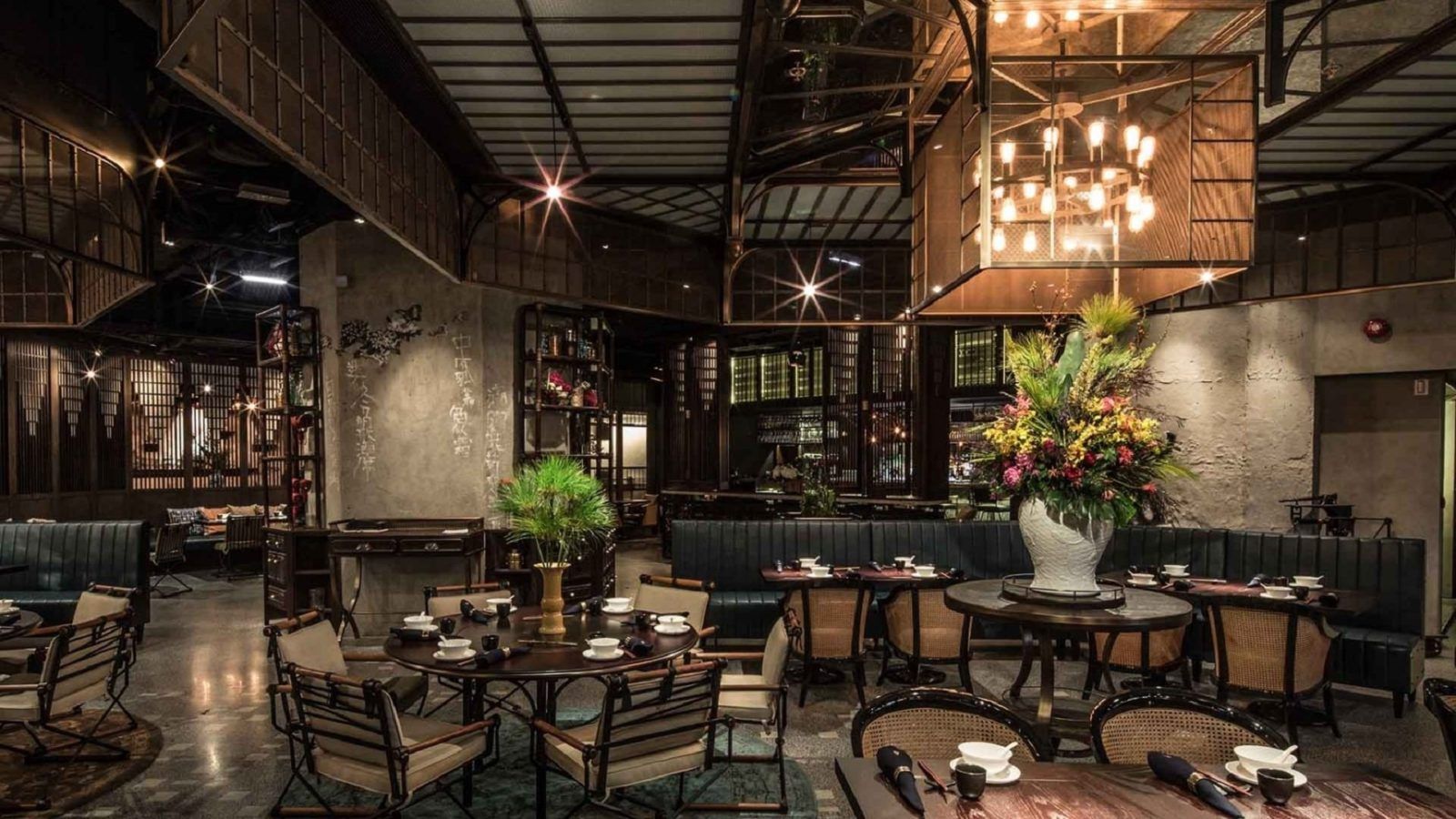 Top interior designers and architects in Asia to watch out for

From hotels to high-rises, some prominent interior designers and architects in Asia are making the world sit back and take note of their craft. Combining elements of Western style with Eastern culture and traditions, these designers have produced some of the most beautiful buildings and spellbinding interiors in Asia and elsewhere.

Here are some of the top interior designers and architects to watch out for.

The Cambridge-educated architect is considered one of the most influential names in Asia’s design circles. Fu is best known for his iconic 2009 creation — the Upper House in Hong Kong. The hotel’s symmetry, geometry and merger of modern-oriental sensibility with the European aesthetics perfectly demonstrates Fu’s quintessential style and craftsmanship. Since the creation of the Upper House — and the acclaim Fu has garnered because of it — the designer has created marvellous interiors and structures of hotels, restaurants and artspaces. These include the St Regis Hong Kong, Hotel The Mitsui Kyoto, Andaz Singapore, The Waldorf Astoria Hotel in Bangkok, Akira Back in Four Seasons Seoul, Summer Palace in Shanghai, Perrotin Shanghai and Matthias Schaller Exhibition in Hong Kong. He also created an original furniture piece for Louis Vuitton’s exclusive Objets Nomades collection. In 2019, Fu launched André Fu Living (AFL) — a collection of lifestyle products carrying his signature style.

The Taiwanese-American interior designer is renowned for his avant-garde approach to design. Besides being visually attractive, his works captivate all senses of the beholder with their aesthetic charm. Chi founded his namesake studio in 1984 in New York City, which is behind the breathtaking designs of some of the world’s most renowned hotels, restaurants and spas, including Colony at the Ritz-Carlton Singapore, Pagoda House in Kyoto, Bencotto in the Mandarin Oriental Taipei, Hong Kong’s DarkSide bar and Asaya wellness centre, the i.sawan Residential Spa & Club in Bangkok and Grand Hyatt in China, and the Park Hyatt in Shanghai. One of Chi’s most outstanding works is Mandarin Oriental Hotel in Guangzho, where the marble floor is designed like a flowing river running through a modernist courtyard that perfectly re-imagines traditional Chinese architecture in a contemporary setting. Another of his most notable creations is The Lincoln House at the Rosewood London, which is designed to accentuate the richness of the 1914 Edwardian-style building and be as welcoming as a luxurious apartment.

In her late 30s, the Massachusetts Institute of Technology (MIT) graduate has made a name for herself at a young age. Wang is based out of London and Hong Kong. Her repertoire includes health and fitness centre Equinox at London’s St. James’s; private residences such as three-storey Xintiandi penthouse in Shanghai; restaurants such as Mott 32 and Ichu in Hong Kong and Jin Gui in Hamburg; and hotels such as Hong Kong’s The Landmark Mandarin Oriental and the Penthouse Suite at the Mandarin Oriental Hyde Park in London.

Born in Hawaii, Wang drew design inspiration from her travels around the world with her parents. Besides her MIT degree, she has master’s degree from the Royal College of Art in London.

The Singaporean architect is the founder of SCDA Architects, a multi-disciplinary firm involved in landscape, architecture, interior, lighting and product design. Chan has created architectural masterpieces across continents. From mix-use development projects and hotels to resorts and high-rises, Chan’s body of work is widely celebrated around the world. A Master of Architecture degree at Yale University, Chan has taught at the National University in Singapore, the Syracuse University and the University of Paris among others. A recipient of numerous awards, he won the inaugural President’s Design Award and 2006 Singapore Designer of the Year.

A unique feature of the designs by Chan, and that of SCDA, is the blending of serenity and beauty with fundamental elements of architecture such as space, light and order. Several buildings have distinctive rectangular-shaped elements, where the design is based on the concept of inversion — which lays emphasis on indoors as well as outdoors. Culture and climate of the home city or country play a major role in the architecture of the buildings.

Among the many buildings designed by Chan are The Sanya Edition hotel in Sanya, China; One KL condominium in Kuala Lumpur, Malaysia; Rang Mahal restaurant and The Marq residence in Singapore; villas and clubhouse development on Bali’s Eco Kura Kura island as well as Soori Bali in Bali; and a luxury high-rise condominium in Ahmedabad, India.

Both Neri and Hu started teaching at Harvard Graduate School of Design the fall semester of 2019 as John C. Portman Design Critic in Architecture besides Yale School of Architecture as the Fall 2018 Norman R. Foster Visiting Professor, and the University of Hong Kong Graduate School of Architecture. Besides working in areas of architecture and interiors, the duo have also been involved in industrial design products for numerous brands in Europe and Asia, including Agape, BOLON, ClassiCon, Concrete LCDA, Nanimarquina, Poltrona Frau, Riva 1920, JIA, and Stellar Works.

Among their unique designs are The Sanctuary, Suzhou Chapel in Jiangsu, China, which is instantly recognisable for its white box-like structure sitting in the middle of brick walls of differing heights. Among their other works are The Relic Shelter — Fuzhou Tea House in Fuzhou, China, and redesigning an existing five-storey building into a lantern-inspired flagship store for Asian skincare brand Sulwhasoo in Seoul, South Korea. Neri and Hu are also a founders of Shanghai-located retail concept store Design Republic. The design of the store was done by Neri&Hu, which led to the firm to win honours such as the Design For Asia (DFA) 2012 and Best of Year Awards 2012 by Interior Design Magazine.

A general look at Kwangho Lee’s style and one can make an educated guess that the art of knitting is what has been a major influence on the designer. Indeed, from chairs to lighting, several of Lee’s works appear like finely knitted pieces of sculpture. Wire, nylon, hose, leather and PVC tubes are the materials he usually uses to create the finely woven objects, including chairs, but he has also employed 3D printing for his creations.

A graduate of the prestigious Hongik University in Seoul, the Korean designer is as famous for his contemporary art objects as he is for decorating spaces. His 25-piece cherry wood furniture collection was showcased at the New York gallery Salon 94 Design at Design Miami/Basel in 2018. Using electricwire, sandstone and wood as uniquely as granite, enamel, copper, aluminum, stainless steel, styrofoam and glass, he created the beautiful interiors of the Osulloc Tea House. In 2011, the Korean Ministry of Culture named him Artist of The Year.

André Fu architects Content Hub Interior Designers Kwangho Lee Lyndon Neri Rosanna Hu Soo K. Chan Joyce Wang Tony Chi
You might also like ...
Living
8 interior design podcasts to help you decorate your home
Living
Elevate your home with these fresh interior design ideas for 2021
Living
Katharine Pooley talks curating dream homes and how interior-design will change post-pandemic
Living
10 architects and interior designers to follow on Instagram
Manas Sen Gupta
Manas enjoys reading detective fiction and writing about anything that interests him. When not doing either of the two, he checks Instagram for the latest posts by travellers. Winter is his favourite season and he can happily eat a bowl of noodles any time of the day.
Travel Culture Entertainment Food
Sign up for our newsletters to have the latest stories delivered straight to your inbox every week.