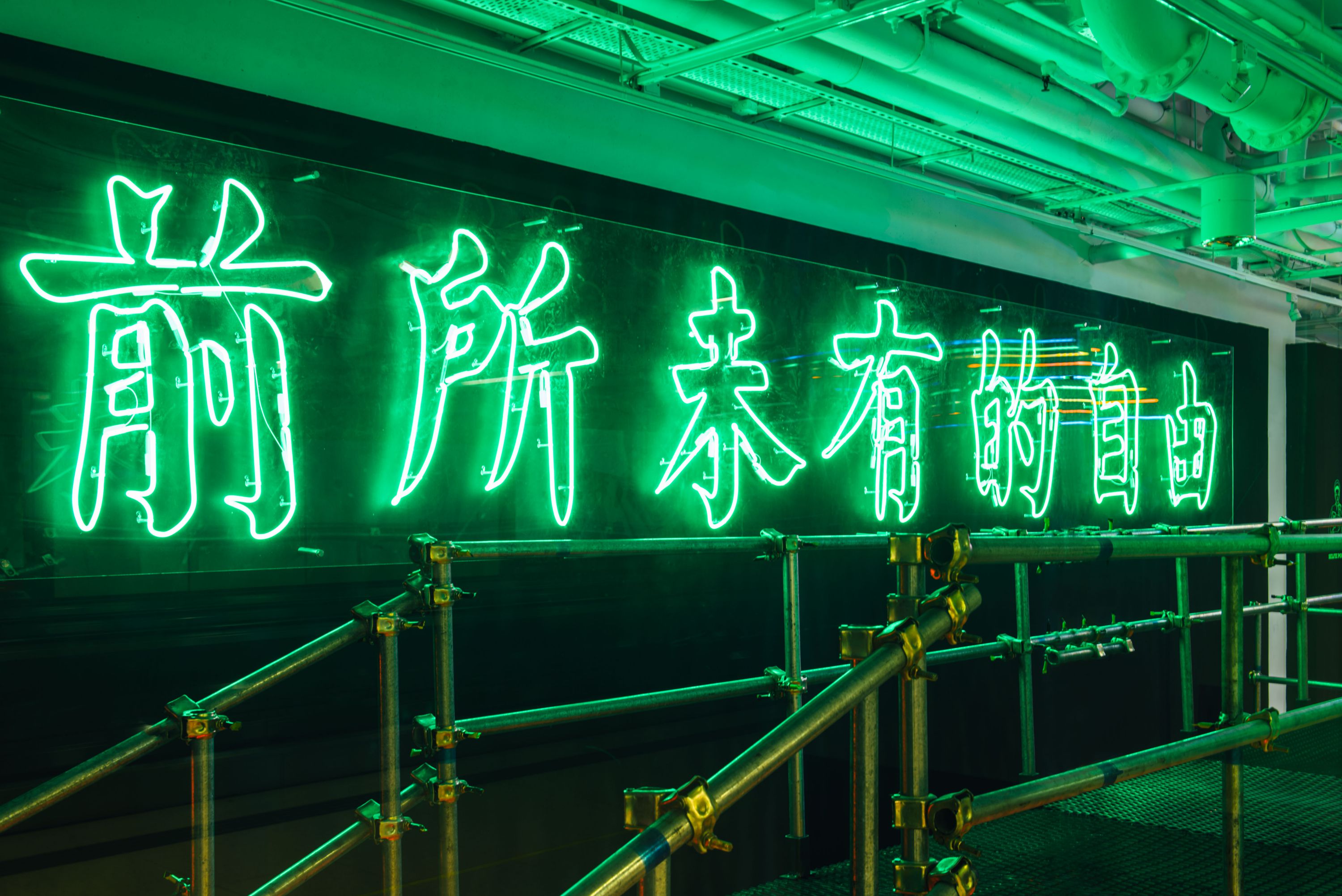 Art Week may be over, but we all know the city’s art scene never really slows down, right? Now that you’ve taken a breather from Basel, it’s time to savour the next wave of art shows and events happening all over the SAR this month. Here are the top 10 to slot into your diary this April.

Two words: Gender fluidity. Hong Kong has had decades of uncanny exposure to androgyny and unconventional gender representations, mainly from pop icons in the realms of fashion, film, television and art. This grand exhibition curated by Tina Pang explores it all, starting from the cultural influences of the ’80s and ’90s, with a particular on how the past affected attitudes towards gender and relationships today. There’s also a screening programme (“M+: Genderfluid”) at Broadway Cinematheque from 7–9 April, featuring a diverse mix of shorts, documentaries and feature films, all exploring shifts in gender expression all around the world.

We’ve been seeing many Andy Warhol works lately in Hong Kong, proving that the allure of the artist’s ‘surface’ art never really dies. After his China photographs were exhibited at the Mandarin Oriental during Art Week, and the artist’s seminal “Mao” piece was sold for HK$98.5 million at Sotheby’s spring sales, this show at the Landmark may be the last we’ll see of him, at least for a little while. Through Thursday, you can still catch Warhol’s “Shadows” screenprint series in the Landmark Atrium — rare abstract works utilising a mixture of polymer paint and diamond dust. The display is one of only 10 such sets in the world, so catch it while you can.

Jiang Pengyi: Away from Grace

If you missed Blindspot Gallery’s booth at Art Basel, you still have a chance to check out the expanded exhibition of Jiang Pengyi’s works at the gallery show, which continues through early May. As a gallery dedicated to exhibiting the boundaries of contemporary photography, Blindspot is showcasing works from Jiang’s three most recent series. It’s an intriguing look at how artists experiment with and stretch the limits of film: in In Some Time, his photographs are cameraless concoctions playing with fluorescent paper, sensual light photography and darkroom experimentation. In The Sun Matched With the Sea, the series comprises found pornographic images that he then violently folded and ripped to create crease-laden, dramatised results. In Dissolution, Jiang uses an emulsion lift to seclude images, creating artworks that are part-photograph and part-sculpture.

With new technological advancements in the world of printmaking, the art form is now more eye-opening as ever. Featuring 35 recent prints by nine Hong Kong artists, as well as works from their individual spheres of expertise, such as ceramics or ink painting, this exhibition at independent art space Sun Museum is a well-rounded survey of the current Hong Kong art scene. Artists featured include Lam Tung-pang, Chow Chun-fai, Lo Kwan-chi and others. Note that visits to Sun Museum are by appointment only, and are free of charge.

This exhibition of works by Indian artist duo Thukral & Tagra at Pearl Lam Galleries SOHO draws on the old Roman adage “Panem et circuses,” or “Bread and circuses”, wherein offering free wheat and spectator entertainment became the Roman strategy for maintaining the empire’s political control over its people. Rethinking this for the contemporary age, the artists’ paintings, games and satirical commentary aim to create a launchpad for political discussion: What do you consider to be sustenance for survival in the modern world?

If you enjoy diving into the experience of a painting as much as learning the theory behind its construction, you’ll want to step into the Hong Kong gallery debut of Franco-Venezuelan artist Carlos Cruz-Diez, at Puerta Roja Gallery. With 60 years of researching colours, lines and perception under his belt, Cruz-Diez is considered one of the pioneers of the dizzying Op-Art (optical art) and Kinetic movements of the 1950s. It’s a rare chance to see the dynamism of the colour spectrum captured succinctly on a flat surface.

Titled with a nonsensical, four-line musical staff, this Urs Fischer exhibition is at once unreadable yet also implies music: pretty apt for the very arch curation of works by the Swiss-born artist. Across the gallery you’ll find 11 large-scale works that look like assemblages of massive brush strokes, banal backgrounds and colourful everyday objects. In reality, they’re all flat digital montages that show a playful trompe l’oeil effect. You’ll want to step back and up close again to really seize every whimsical detail of these works.

Soil and Stones, Souls and Songs

Curated by Cosmin Costinas and Inti Guerrero, this massive travelling exhibition by Para Site brings together some 40 artists across Asia whose work reflects the tensions, thoughts, dreams and anxieties emerging across the continent. Aside from addressing ideas such as post- or anti-colonial struggles and the resurgence of nationalism across several different countries, this exhibition also gets quite meta by asking itself how an art exhibition can attempt to convey such issues. It’s a complex and difficult exhibition for sure, but one that’s worth your time and consideration.

K11 has been putting the spotlight on next-gen culture of late, and this collaborative exhibition between new media arts space Videotage and K11 is no exception. As a continuation of 2011’s “One World Exposition 1: Parallel Universe” exploring the connections between artists from Hong Kong and the mainland, this new group show focuses on the innovative power of millennial artists. The show features works by 10 artists from Hong Kong and China, displaying the connections and differences between their disciplines, from 3D animation to kinetic art to video imaging.

Italy-born and Paris-based artist Tatiana Trouvé has widely exhibited across Europe, including at the Venice Biennale in 2003 and 2007, amongst many other international group shows. Perhaps inspired by her globetrotting career, Tatiana’s exhibition of brand-new sculptures and drawings investigates the idea of being able to feel at home anywhere in the world — the idea that you can inhabit different landscapes or concepts without constraints. She addresses this with romantic notion and architectural flair in a new set of works at Galerie Perrotin.