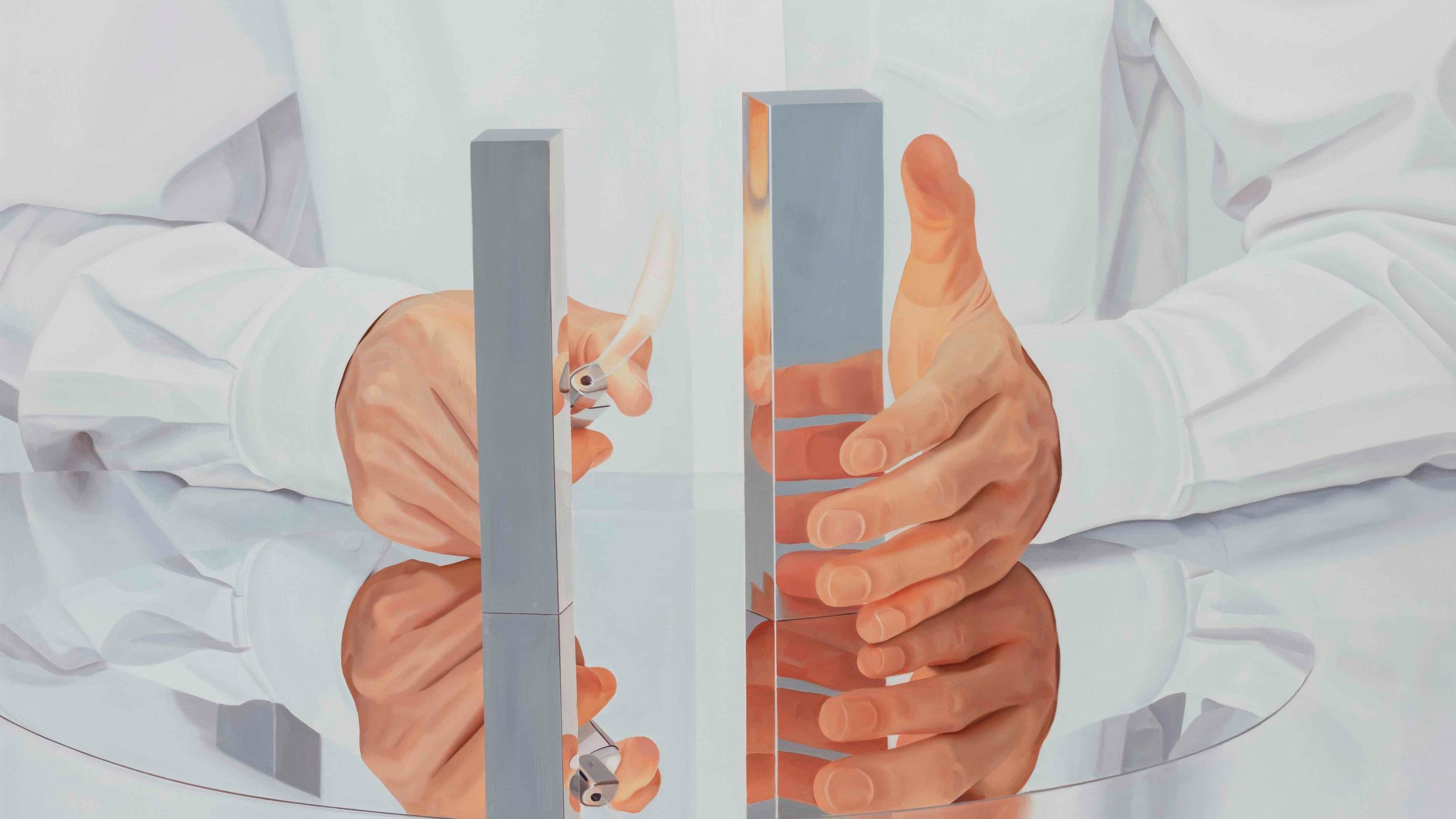 Spice up your February by adding these dazzling art exhibitions to your calendar.

Para Site makes full use of its new ground floor location with a staggering exhibition dressed against a deep red backdrop: Koloa is a touring exhibition first previewed in Tonga, surveying the rich array of art practices in the Pacific region and native to Tonga. Among the presented artefacts, the textile works highlight the self-empowerment of the women who make them. In Hong Kong, this presentation also expands to include three women artists, Tanya Edwards, Nikau Hindin, and Vailmaila Urale. Catch the exhibition before it wraps up by the end of February.

Few designer-artists have garnered the all-rounded appeal and acclaim as Stanley Wong, also known as Anothermountainman. Instantly recognisable for turning Hong Kong’s quintessential ‘red white blue’ plastic carrier bags into a cultural and stylistic icon, Wong’s graphic design and advertising pieces are sure to strike a chord in the collective memory of those living in Hong Kong for the past four decades. This solo retrospective looks at the duality of Wong’s genius, ranging from commercial works to his personal photo diary.

Carla Chan: To the end for the beginning, the heaviness of my heart

This exhibition hosted by the Hong Kong Arts Centre’s Asian film and media arts incubator (IFVA) and the Goethe-Institut Hong Kong presents new pieces by Carla Chan. A Hong Kong native based in Berlin, Chan muses on the nature of the social circumstances of today with four monochrome installations, featuring iron powder and magnets, that function independently yet are connected in some way — how specifically, you’ll have to find out in person.

Opening right in the thick of the season of romance, this experimental photography project investigates social attitudes towards sexual minorities in Hong Kong. Run by the independent artist-led gallery Hong Kong Arts Collective, the exhibition features works by Shawn Griffin, Leslie Montgomery and Rhody Chan, three multimedia artists who met in Hong Kong and continue to produce series of work centred on the queer community in the city. More information here.

Continuing with the second part of the ‘Accidents’ exhibition series that opened at Pearl Lam’s Pedder Building gallery earlier in January, this show features a trio of artists whose work offers a potential of meaning beyond the artists’ original intents. The exhibition focuses on deviating from a set narrative and instead brings out the subconscious aspects of a piece into full light, emphasising a shifted focus on the viewer’s active participation in consuming art. Works range from sculptures by New York based Leonardo Drew, post-School of London painter Antony Micallef and Australian artist Dale Frank.

Sansiao Gallery hosts this dual exhibition featuring modern portraiture by Otto Li and TImothy Zau. Li focuses predominantly on three-dimensional pieces, and here he reduces faces to a silhouette of codes by drawing with numbers — instead representing each facial feature with digital coordinates. Stripping down a human to something beyond skin, the idea is that what we see may not be what is truly before us. On the other end of the spectrum, Timothy Zau focuses on painting painstakingly realistic artworks based on anonymous selfies on social media. Recreating such images through oil on canvas poses an interesting irony, as the images had lifespans of mere seconds online, whilst the traditional media was made to last for centuries.

Juno Mak: The broken dreams we left behind…

Hong Kong director, singer-songwriter and artist Juno Mak lends his eye to his first photography exhibition, held at the Leica Camera Hong Kong flagship in Causeway Bay. Focusing on forgotten places around Hong Kong, this is a chance to catch a glimpse of the locations and sentiments that have subconsciously informed his unique aesthetic for his music videos and films. A must-see for any fan of his work.

Crafts Interwoven: Past and Present

Legendary LA-based artist Peter Shire lends a splash of colour and whimsy to Over the Influence gallery this month with new paintings, sculptures and design objects. The artist is recognised for his humorous and quirky form of expression, and for this show he explores a new series of neon paintings, works on paper, and never before seen ceramic and metal sculptures.

Liang Hao: Unfolding into the Expanse

Beijing-based artist Liang Hao is presenting his first solo exhibition in Hong Kong. His bright canvases are described as ‘clinical dreamscapes’. Seemingly airy and light with his use of colour and clean painting of people, hands and reflective paraphernalia, they also exude the slightly unsettling air of a cold laboratory. The paintings appear to be settings suspended in conceptual time and space, conveying an interesting dynamic between the abstract and tangible. Admire his uncanny technique through these selection of works curated by Tang Zehui.