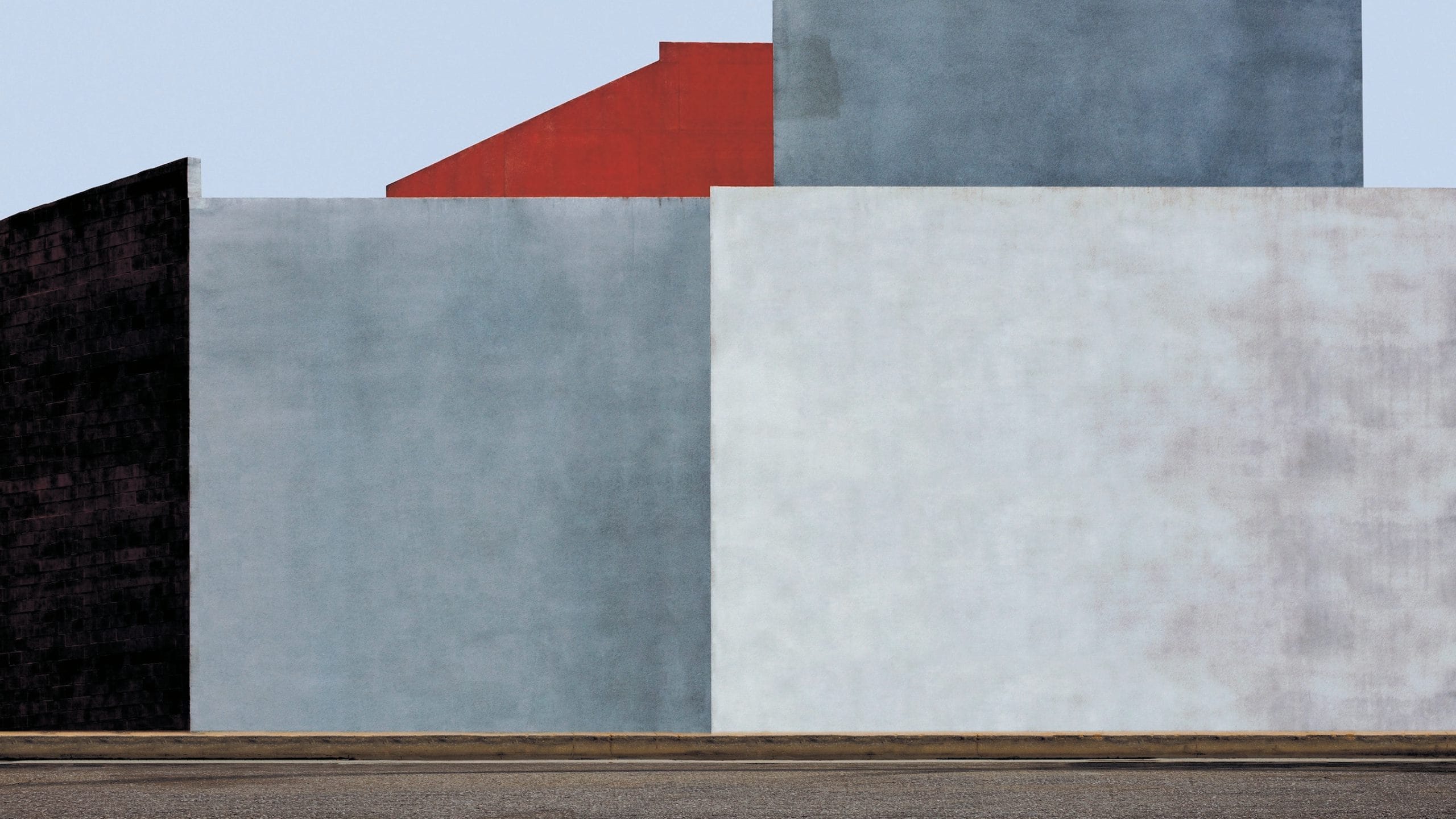 Dizzying colours, mind-bending sculptures and immersive digital installations adorn Hong Kong’s walls this month — check out our picks for the best art exhibitions to see in Hong Kong this September.

Ryotaro Muramatsu is CEO of Tokyo-based creative company Naked Inc., where he has led projects throughout the multimedia sphere from film, TV, music videos, advertisements and spatial presentation. As his first solo exhibition in Hong Kong and second with Whitestone gallery, the exhibition explores the artist’s newest series of works, musing on the potential of cutting-edge digital technology as a vehicle to explore philosophical concepts.

Quoting lyrics from The Little Mermaid’s ‘Part of Your World’, Canadian artist Andy Dixon’s first solo exhibition in Hong Kong explores the relationship between art and wealth, and the psychology of value. Behind his candy-coloured canvases is a meta-magnifying glass on the world of art patronage, with works particularly inspired by historical objects of luxury. See 15 new canvas pieces on show from his three ongoing series: Auction House Objects — plucked from Christie’s auction catalogues; Paintings of Paintings — reinterpretations of classic art history canon; and Patron’s Homes — featuring his own works hanging in collectors’ living rooms.
Over the Influence, 1/F, 159 Hollywood Road, Central, Hong Kong, +852 2617 9829

A Journey from Nature to Sculpture

When: 27 August–14 September
A spot of public art is always welcome in the midst of our dense urban jungle. See a range of transformative pieces by Hong Kong-born Cynthia Sah and her partner Nicolas Bertoux presented by Hongkong Land, the latest in a long held programme of introducing art into the heart of Hong Kong’s CBD. ‘A Journey from Nature to Sculpture’ explores the creative couple’s first collaborations since 1995 in Italy, tracing the evolution of their craft over two decades. The exhibition showcases the duo’s passion for transforming marble into art forms that relate to eastern and western design principles — a marriage between western architecture and the eastern concept of equilibrium.

When: 30 August–20 September
Curated by Kevin Poon and the WOAW team, this hype-worthy exhibition explores the eclectic oeuvre of New York City artist Roman K Yang, also known as Rostarr. With works crossing genres from abstract painting to calligraphy, Rostarr’s ‘Introspectives’ features works that play with bold colours, typefaces and characters while drawing on his innermost thoughts throughout the years. Made specially for the exhibition, Rostarr will also launch a capsule series of his signature sculptures in three colourways, with a special golden combo exclusively available at WOAW in-store and online.

Chinese artist and scholar Qin Yifeng is an avid collector of Ming dynasty furniture. At this exhibition at the White Cube, he uses his antique wooden furniture as subject, creating negative images with a large-format camera. Influenced by the art of calligraphy, and equally fascinated by abstract painting throughout his formative years, his works are not traditional photographs, but flat, abstract works wherein he plays with the relationship between two and three dimensional space by eliminating perspective and depth. Through the black and white reversal in his photographic negatives, he strives to achieve the effect he terms ‘bringing life out of death’.
White Cube Hong Kong, G/F, 50 Connaught Road Central, Hong Kong, +852 2592 2000

When: 4 September–9 November
Hauser & Wirth brings forth one of the great masters of 20th Century modern art, Hans (Jean) Arp, an avant garde artist associated with the birth of the Surrealism Dada movements. Toeing the line between abstraction and representation, organic and geometric forms, his extensive body of work can be seen spread over two floors at the gallery, exploring the development of the artist’s unique visual language — from early woodcuts, collages and drawings, to his bronze sculptures that he continued making until near his death in 1966.
Hauser & Wirth, 15-16/F, H Queen’s, 80 Queen’s Road Central, Hong Kong, +852 3958 7188

With support from the Hsiao Chin Art Foundation, the artist and his gallery representative as well as his private collectors, Sotheby’s presents the largest solo exhibition ever held of Hsiao Chin in Hong Kong, with works spanning from the 1960s to the present day — particularly featuring the complete series of his glass mosaic works. The modern Asian artist Hsiao is credited as the founder of the ‘Punto International Art Movement’ and a prominent figure in the international post-war art scenes in the east and west for his method of interpreting abstract painting with eastern aesthetics. This is a selling exhibition, so collectors will want to check this out and snap up key pieces ASAP.

Gagosian presents German artist Albert Oehlen for the first time in Asia, showcasing a new series of new watercolour on canvas works that carefully mediate the line between chaos and control. Frantic brushstrokes are tempered by moments of control; erratic splotches and swipes are balanced by smooth lines, curves, right angles and gradients. Within a whirlwind of colour there is order, but only just.

When: 19 September–26 October
Step into Lehmann Maupin and you’ll find three recent video installations by L.A.-artist Jennifer Steinkamp, a pioneer in the field of 3D animation. The digital artist renders organic and abstract forms to create immersive installations that alters the experience within a gallery, so expect a show to be felt as much as it is to be viewed. Referencing Dutch and Flemish still-life paintings, nature and the inside of a retina, Steinkamp’s uncanny digital prowess bridges a gap between past forms of representation and future technologies.
Lehmann Maupin, Unit 407, 4/F, Pedder Building, 12 Pedder Street, Central, Hong Kong