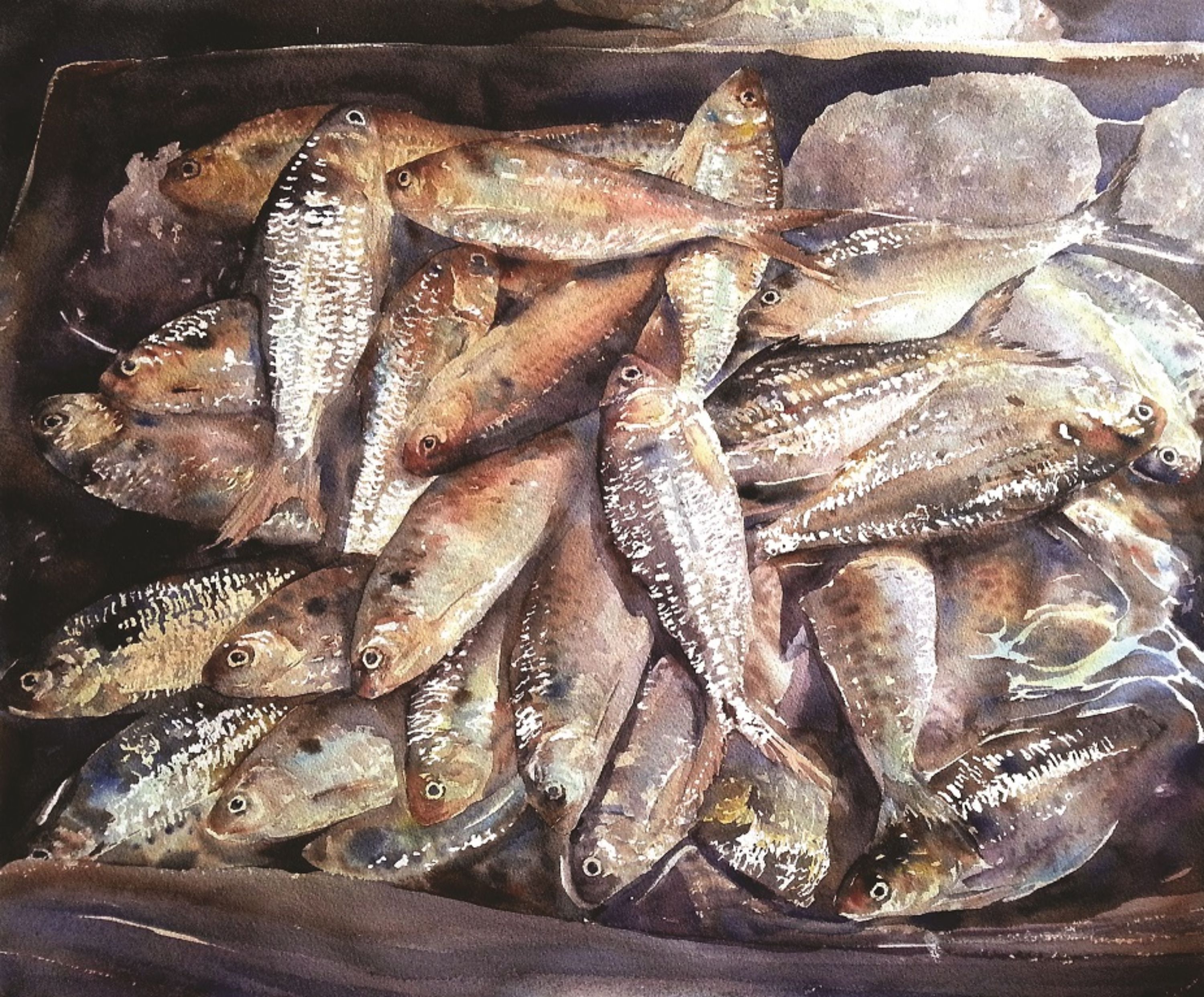 This month marks a pivotal time in Hong Kong’s history, with countless celebratory events — as well as mixed feelings — in light of the 20th anniversary of the Hong Kong handover back to Chinese sovereignty. It’s these turning points in time where society’s artistic set often turn out their most poignant creations, with each work stimulating an ongoing conversation on Hong Kong’s past, present and future.

Whether it’s about the cultural identity and the unique regional artistic language found in the Pearl Delta, the ecological impacts of our actions, or a light hearted thought experiment on Hong Kong’s future, there’s plenty of important — and vocal — must-see exhibitions around town this month. Here are our top picks.

Originally part of a 2003 exhibition at the 50th Venice Biennale curated by Hou Hanru, Canton Express was a major showcase of artists active in the Pearl River Delta region from the turn of the 21st century, and the exhibition is being brought back to the M+ Pavilion in Hong Kong this year. For those that missed it, this re-staging helps us gain a better picture of the unique artistic language used by contemporary creators in the region. The 2017 exhibition is comprised of 37 works that are reiterations of the originals in 2003, all owned by influential Chinese collector Guan Yi and generously donated to M+’s permanent collection.

Hall of Mental Cultivation of The Palace Museum: Imperial Residence of Eight Emperors

This exhibition at the Hong Kong Heritage Museum should sate the appetites of Chinese culture aficionados, paving the way for the future Hong Kong Palace Museum, which is set to be one of the rare venues that will house Imperial artefacts outside of Beijing’s Palace Museum. This show is centred around the former residence of Qing emperors, the Hall of Mental Cultivation, also known as Yangxin Dian, which was considered to be the backbone of political power during the Qing dynasty. Displaying more than 200 precious items, including important artefacts as well as decorative items and furnishings from the hall itself, it’s set to make for a very educational visit.

For a survey of the distinct local flavour in the current art scene, check out the joint exhibition between Art Experience Gallery and Hong Kong Visual Arts Society, marking the first time the society has collaborated with a local gallery. More than 30 pieces showcased represent the diversity of the Hong Kong arts scene, highlighting how veteran artists are nurturing young talents, as well as how we are cultivating artists across differing cultures and identities. From old hands such as Gaylord Chan and Frog King to HKVA society newcomers such as Peggy Chan and Michelle Fung, you won’t want to miss this exhibition. Two free seminars will also take place on 15 July, 2:30-4:30pm and 29 July, 3-6pm. Enquire by email at fion@artexperiencegallery.com.

At the only ‘black cube’ gallery in Hong Kong and one that emphasises multimedia and performance arts, The Empty Gallery is presenting the East Asian debut of LA-based installation artist Jacqueline Kiyomi Gordon this month. Using hyper-directional speakers and strategically placed sculptures, visitors will experience a dynamic interaction between sound, sculpture and architecture that shifts depending on your position within the exhibition. Soundtracked to a pop song Gordon wrote in Los Angeles playing across the gallery’s two floors, this show is much more tactile and playful than your average painting show.

On Sharks and Humanity

When: Through to the end of September

With the support of major art patron and Parkview Arts Action director George Wong together with international nonprofit WildAid, this art project held at the Maritime Museum sees 34 artists tackle the plight of sharks in our oceans as a result of the shark’s fin trade. Put together by Beijing-based curator Huang Du, this exhibition draws on the way sharks are crucial in marine ecology, and reflects on how we can build a better human connection with the ocean, through large scale works, paintings and photographs that attempt to encourage the audience to view sharks as equals. The show is now in its fifth phase after having stopped in Monaco, Moscow, Beijing and Singapore.

Composing Stories with Fragments of Time

This thoughtful exhibit at Karin Weber Gallery can be likened to a creative writing exercise: eight Hong Kong artists respond to an anonymous letter dated 1 July, 1997, written by a Hong Kong emigrant to Australia. Reflecting on the mixed emotions in the letter, and through much introspection, these Hong Kong artists gather to tell their personal tales — across a range of contrasting backgrounds and experiences — through nostalgic photographs, videos, letters and heartrending installations. Participating artists include familiar names in the Hong Kong art scene such as Kurt Chan, Annie Wan, Francis Yu, Luke Ching, Angela Su, Lau Chi Chung, Carmen Ng and Elva Lai.

After a quiet and introspective solo show by Lee Kit at Massimo de Carlo that wraps up on 8 July, things begin to get a little topsy turvy come mid-July. Themed entirely around carnivalesque masks, the gallery will be putting on a group show exploring fictionality, decadence and mythology, featuring the works by Luigi Ontani, Zhao Gang and Matthew Monahan. Expect elaborate mask sculptures and slightly spooky paintings from the three international artists.

In a world of instantaneous Instagram filters, it’s sometimes nice to step back and see the world through the enriching colours that have been handpicked by artists. At this exhibition at the Sun Museum, 11 local watercolourists showcase their 55 recent works of iconic Hong Kong city scenes, from wet market stalls to smoky temples to idyllic fishing villages and shiny harbourside skyscrapers — all celebrating the most beautiful faces of Hong Kong in celebration of the 20th anniversary of Hong Kong SAR’s establishment, as well as the museum’s second anniversary.

In Search of Miss Ruthless

Para Site is known for its large, cerebral group shows, often involving regional talents all analysing the what ifs on highly pertinent hot topics in society. Using pageantry as a method, this exhibition is split into 10 case studies to explore how beauty pageants can mirror how communities view themselves — showcasing the society’s physical ideals, smarts, activism and political values. Using a fictional persona Miss Ruthless, who is imagined as what could be a popular pageant contender in the future, two web projects have also been created in attempt to determine a visual identity of such a pageant queen, and in turn perhaps, set the stage for a community where such a beauty queen would win.

If you’re seeking out the most cutting edge in the field of ink art, you’ll want to look to the works of Wong Chung-yu. At his solo show at Hanart TZ, you’ll follow the artist from scroll to iPad; tracing his evolving trajectory, slowly moving away from his earlier core practices of shanshui paintings towards the frontiers of new media art in digital animation and installation.