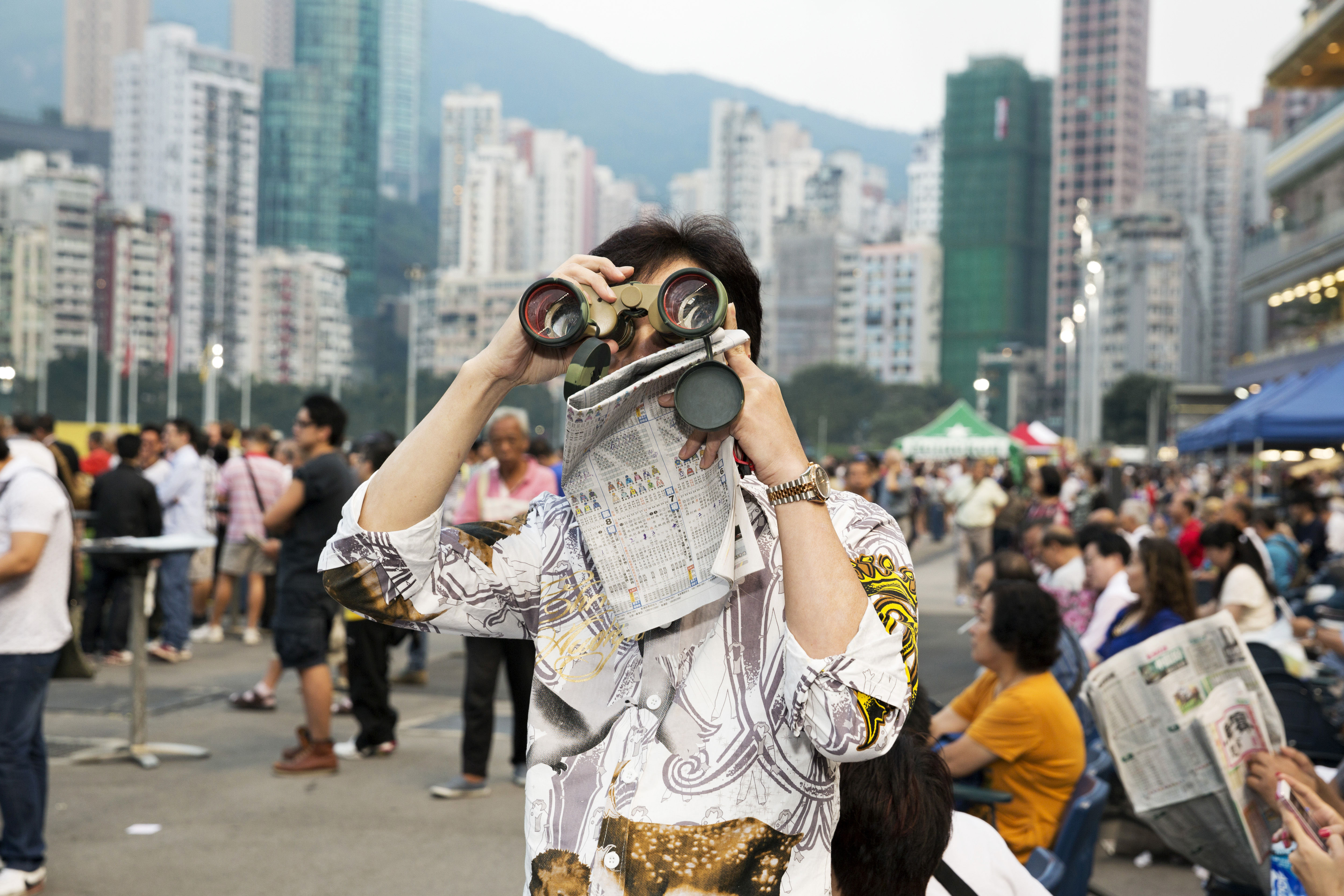 February might feel like the calm before the storm when everyone has their eyes on Hong Kong Arts Month in March, but that doesn’t mean you should snooze on the ample art offerings this month, ranging from an art festival for a worthy cause to excellent solo gallery shows throughout town. See our selections for this month’s top picks below.

The word ‘carnival’ typically suggests fantasy and tomfoolery, chaos and plenty of rule-breaking. With that in mind, “Carnival” is an art festival presented by Amnesty International, gathering 21 Hong Kong artists to imagine a society that is absolutely free from all restraints. Curated by Caroline Ha Thuc, the works and events throughout this week aim to question the limits to freedom, particularly freedom of speech. Alongside works shown at KONG Art Space in SoHo, there’s also a series of workshop events, including talks like “Surviving the Infosphere in the Post-Truth Age” with Ellen Pau, and “Photography, journalism and freedom of expression” with Billy Kwok and Chantal Wong, in addition to dance and yoga workshops, costume making and poetry reading.

Chimeddorj: “Rider on the Horizon”

If you’re interested to delve deeper into the world of contemporary Mongolian art, then don’t miss the show ending this week at Hanart TZ Gallery, featuring works by Mongolian master Chimeddorj. Chimeddorj straddles Mongolian tradition and modernity by paying homage to the horse, a spiritual animal that is an icon of the Mongolian nomadic culture. At this show you’ll find ink paintings and sculptures dedicated to the majestic beast as an icon of his cultural identity.

Pearl Lam Galleries has got two current exhibitions worth checking out at each of its two Hong Kong locations. At the original Pedder Building gallery, catch 16 new weird and wonderful works by Aussie artist Dale Frank in his first solo show with Pearl Lam Galleries, all completed in 2016. Known for always pushing the boundaries of painting and his use of pigment varnish, liquid glass and resin to create tantalising textures and patterns, the new works by Dale Frank see him exploring territory through the mediums of fire retardant foam, compression foam, and, yes, human hair.

Over at its SoHo gallery, Pearl Lam presents a group exhibition of five contemporary artists, with works that investigate how humans relate to their wider universe. Each of the artists — Du Zhenjun, Sayaka Ishizuka, Li Tianbing, Hew Locke and Ren Ri — captures a unique, imagined universe in their exhibited works, from Du Zhenjun’s digitally created post-dystopian Babel World to Ren Ri’s piece, which uses beeswax to express the innate psychology of bees, his experience beekeeping, and the movement and construction of the hive.

Howard Hodgkin: “In the Pink”

Howard Hodgkin is one of Britain’s most respected living painters — with a career spanning over 50 years, his works only began to gain acclaim in the past two decades. Avid fans of his work appreciate it for its deep emotionality and vibrant hues. While you can technically call his works abstract paintings, they capture a delicate tightrope tread between abstraction and representation, expressing intimate storytelling as much as pure sensation. Take time to indulge in his works, which are on show at Gagosian until March.

In the middle of a busy month, it’s always nice to centre yourself with some peaceful zen. For that, look to the minimalistic works currently on show at Whitestone Gallery. Its current group show features works by influential artists who had a hand in the post-war historical art movement in Japan, including Lee U-Fan, Jiro Takamatsu (known for his delicate shadow paintings, which you should look out for), Japanese avant-garde artist Natsuyuki Nakanishi, and Gutai group artist Takesada Matsutani.

Over at Ben Brown Fine Arts, you may start to experience déja vu as works recalling Van Gogh, Cézanne and Rothko occupy gallery space throughout the month. Actually, it’s the gallery’s third solo exhibition with Vik Muniz, who is presenting works from his newest series, “Metachrome,” which uses pastel sticks, fragments and dust, rearranged in a way to mimic iconic paintings through art history. Here, the viewer is pushed to consider these familiar works under a new lens, instead focusing on the materiality and rich pigments used for each piece.

Following his solo show at Galerie Perrotin Paris last spring, Swedish artist Jens Fänge is bringing his brand new series “Sister Feelings,” completed in 2016, to the Hong Kong gallery. Creating the series as a whole, rather than completing one painting after the other, 17 panel paintings play with composition almost as if they were all different windows or points of view to the same world. Paintings within paintings and cut-out characters peering out from their stages offer a maze of different perspectives. 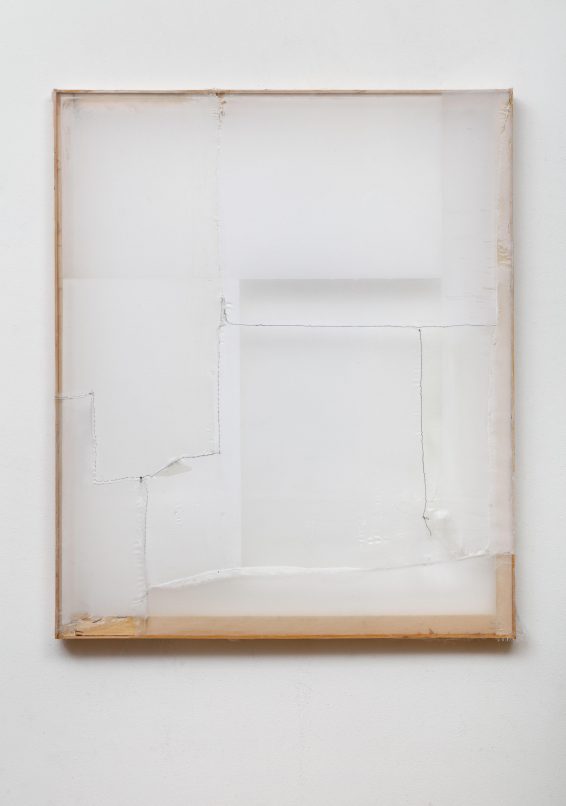 If you ever get tired of looking at paintings, this solo show by Jaromír Novotný at Axel Vervoordt Gallery invites you to look again at the medium. Contrasting to his darker, architecture-inspired earlier works, Novotný’s oeuvre for the past two years has evolved dramatically: from painting on free canvases hung without stretchers, to switching to acrylic on organza to create light, ethereal works revealing their wooden skeletons underneath. Karin Weber Gallery was one of the first spaces in Hong Kong to champion Burmese art; in this new exhibition it brings an exciting selection of new contemporary work from Myanmar — a timely show, seeing as it’s only in the past year that the country has transitioned to semi-civilian rule. The show demonstrates the emergence of louder individual voices and creativity within the Burmese capital, with works from eight experimental artists who create paintings, performances and photographs that look at alternative subject matters beyond what was preferred under the rule of previous military governments. 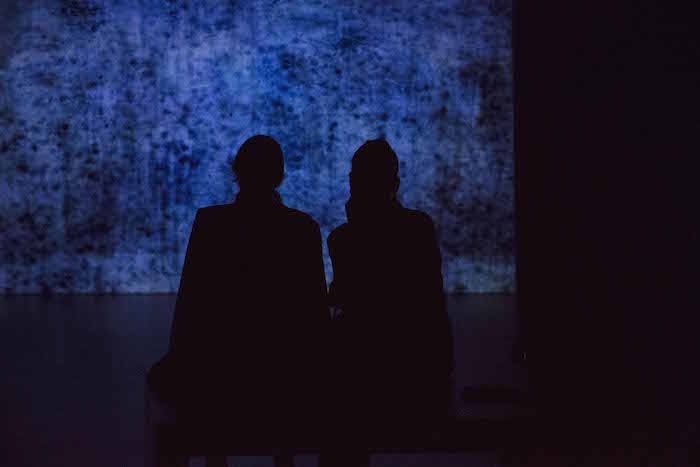 If you’re ever in need of a dark space to do some relaxed thinking, The Empty Gallery’s black-cube of a gallery space is the place to go. Even better, it’s currently hosting two immersive exhibitions that you can dive into: an installation of award-winning experimental film Cinéma Concret by Takashi Makino, and a multi-sensory environmental piece, Kaya Cynara, by Hans-Henning Korb.

Set to a brand-new score at The Empty Gallery, Cinéma Concret combines 200 layers of footage to (almost) dizzying effect, attempting to blur the line between representation and abstraction. Downstairs, Hans-Henning Korb’s solo exhibition combines performance, sculpture, video and an Oculus Rift VR set-up. The best experience is if you go between 4–7pm on Tuesdays to Saturdays, as viewers will be guided on a multi-sensory journey and ritualistic performance where interestingly enough, artichoke appears to be a central motif. Visitors can also make appointments via contact@theemptygallery.com during the gallery’s off-hours.