Following artists on Instagram can provide you with daily inspiration, add a healthy dose of artwork to your feed, and allow you to follow the careers of Hong Kong’s homegrown talents. Beyond that, a look at the photos artists post can be just as revealing as looking inside their sketchbooks or studios. We’ve picked a list of local artists, photographers and illustrators worth checking out on the ‘gram, the ones who are worthy of your social media love. See below for our complete list of the Hong Kong artists who deserve to be followed immediately. 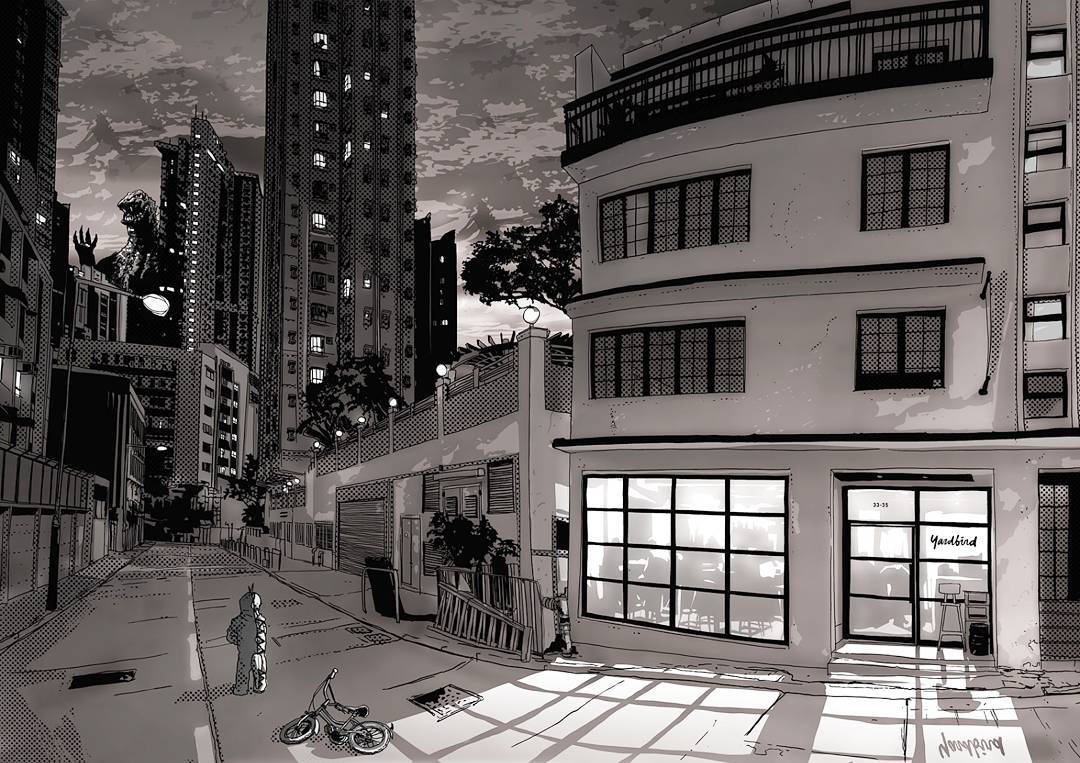 One of Jonathan Jay Lee’s most prominent works is the backdrop to SoHo restaurant Ho Lee Fook, featuring Hong Kong diners in a sunset-washed dai pai dong setting. His energetic scenes of Hong Kong wouldn’t look out of place in a superhero comic — no surprise as Lee creates his own comic works, and was even once commissioned to work with Marvel. 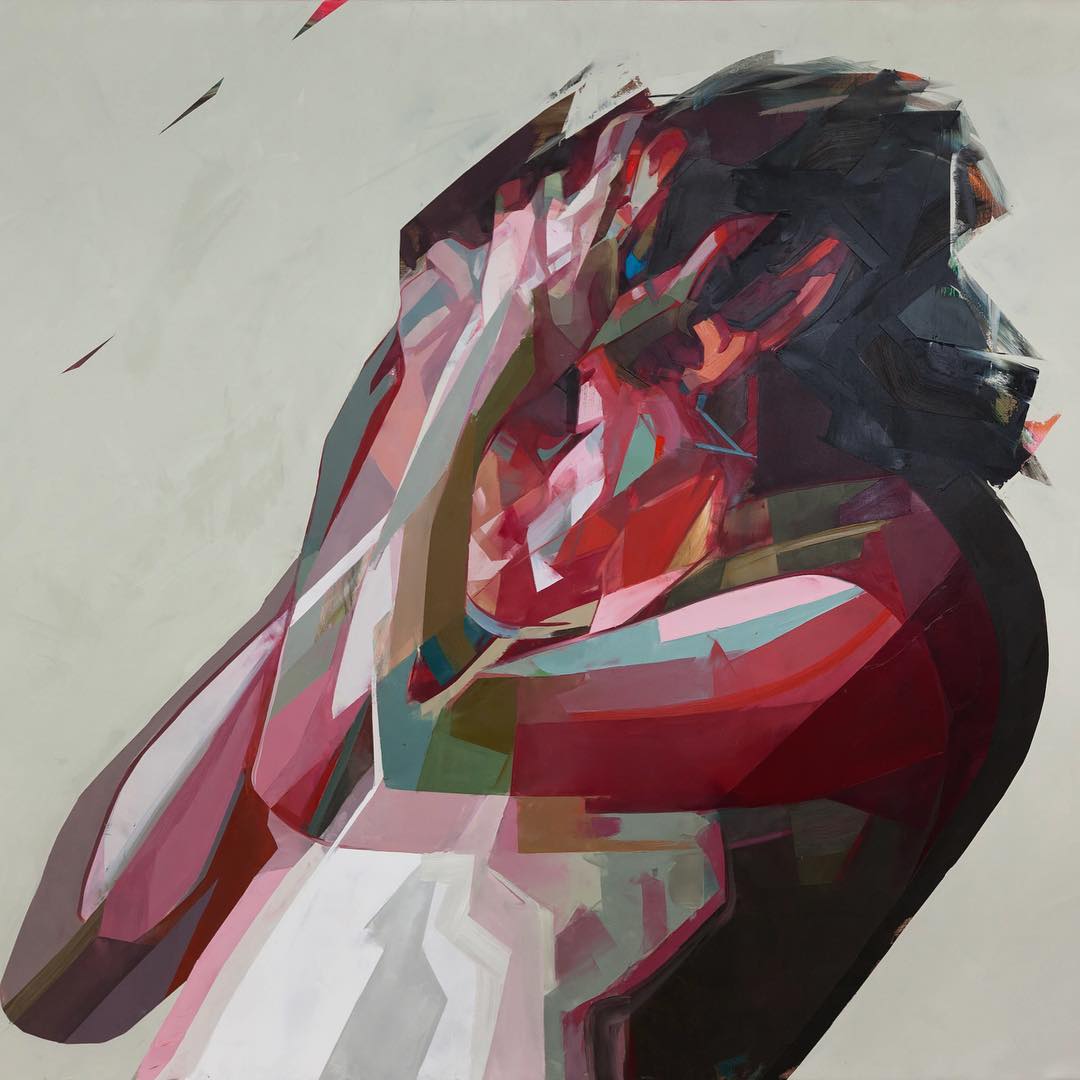 British-born, Hong Kong-based artist Simon Birch needs little introduction as one of the city’s leading contemporary artists in the city, one who regularly exhibits work around the world. The painter and multimedia artist is perhaps best known for his vibrant oil-on-canvas works, featuring kinetic portraits full of colourful dance and movement. Birch’s personal Instagram is private, but you can follow his public page, @the14thfactory, which is a newly established, Hong Kong-born global artist collective. It also features prominent Hong Kong contemporaries from across different media, such as photographer Wing Shya, filmmaker Eric Hu, architect-designer group KplusK, and more. FYI: The 14th Factory is slated to exhibit a large-scale show in downtown LA in March 2017. 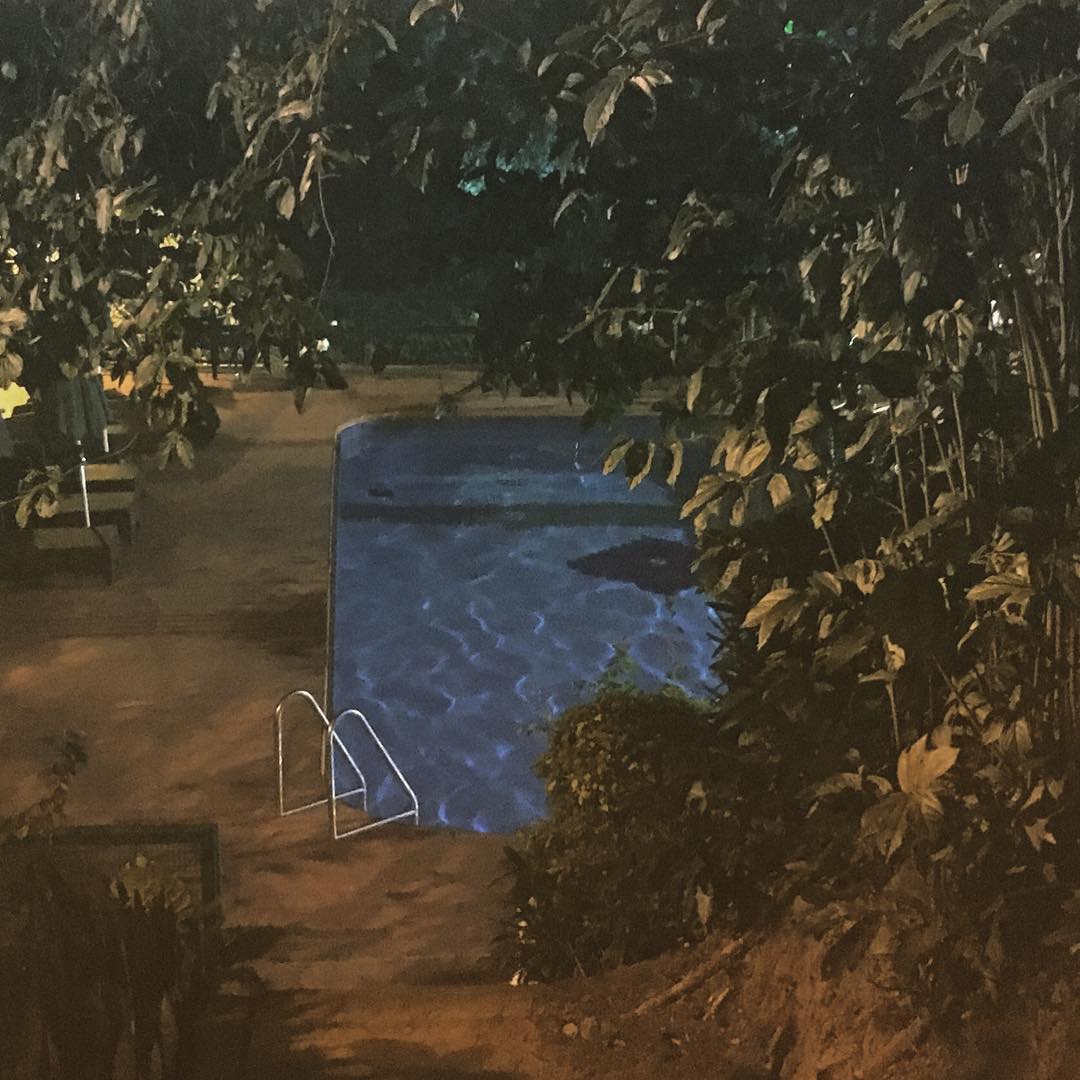 Having exhibited in solo and duo shows at Gallery Exit, Mur Nomade and Art Basel Hong Kong in the past couple of years, Sarah Lai Cheuk-wah is known for her calming, introverted pieces capturing serene swimming pools, sun-dappled pavements and mundane objects captured in a romantically pale palette. Her ‘grams are the same, capturing the quiet, lesser-seen side of the city. 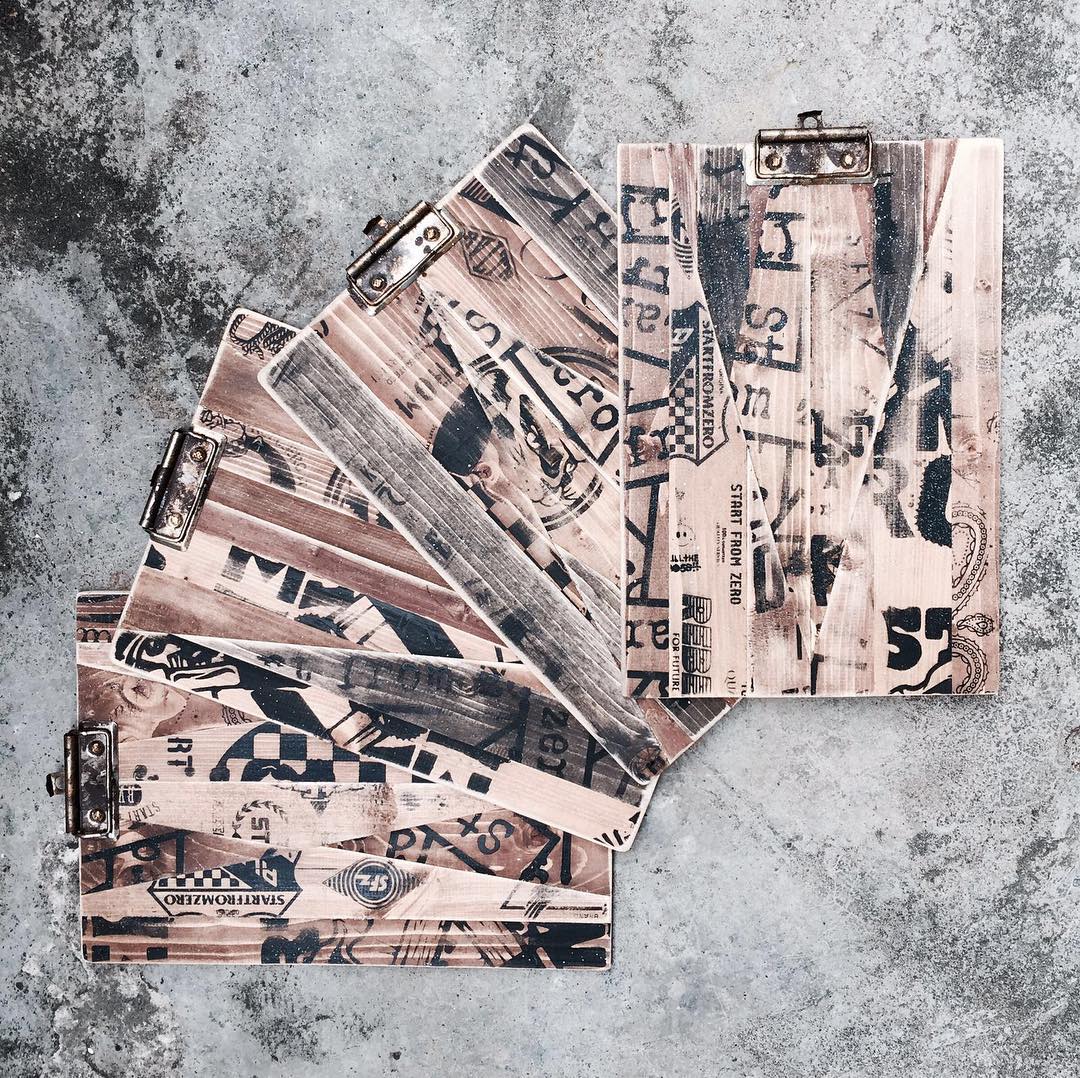 Both artist and carpenter, Dom is the co-founder of Hong Kong’s OG street art collective, Start From Zero, which creates the ubiquitous stencils and stickers you see around the city, encouraging people to stay positive even when life gets them down. On his account, you can catch glimpses of all the street art and woodwork, plus the occasional stray cat at SFZ HQ in Ngau Tau Kok. 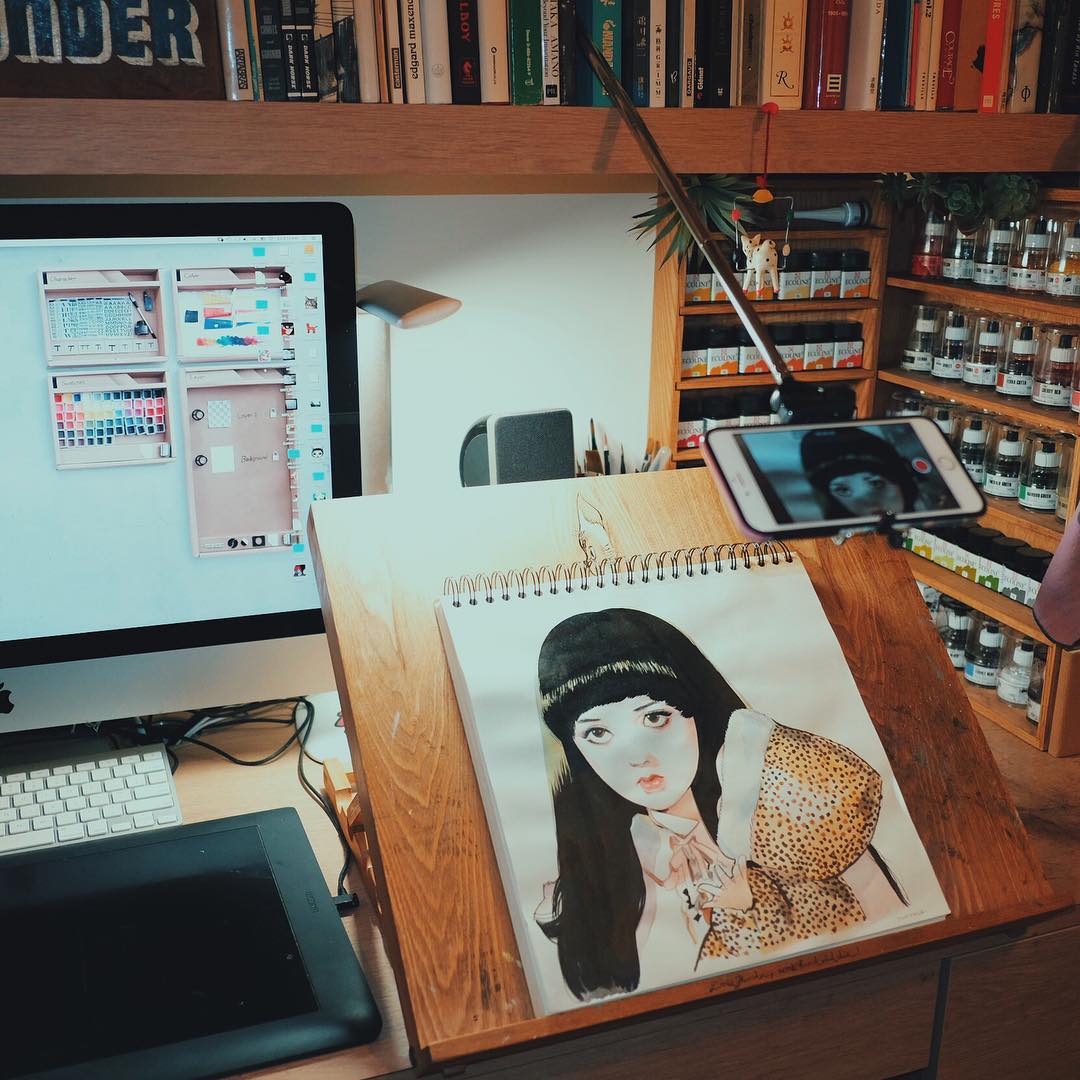 Comic book artist and illustrator Little Thunder is known for her works featuring sexually empowered women. She has a large following who adore her videos of her painting (on top of snaps of her finished prints, of course). The photos usually show irreverent, alternative heroines or tear-stained femmes fatales with impeccable style and expression. Her most recent feat is a 1,000-page tome dedicated to the art of pole dance, The Blister Exists, which features poised ladies demonstrating a mind-boggling variety of extremely difficult poses. Comprised of members including Jimjimjimson, Ysoo, CCChris and Wong Tin Yau, the young street art collective Parent’s Parents brings together graffiti and illustration artists who explore themes of chaos, beauty and modernity. Active since 2012, the group’s Instagram allows you to peep their colourful walls, which have graced the likes of Nike’s new sneaker lab, Facebook’s Hong Kong headquarters, Ovolo Southside hotel, and even Fairwood, in Elements. Best known for his street shots — and, particularly, his rain series in which he captures a moody, rain-soaked Hong Kong through tram and skyscraper windows — William Furniss is one to follow if you’re looking for plenty of local flavour to pop up on your feed. Watch out for his recently published book, Queen’s Road West, which documents the disappearing grittiness of the Western District. From a background in game design and biochemistry to becoming one of the major names rolling off tongues in Hong Kong’s street art scene today, Belgium-born-and-bred Caratoes is known for her distinctive mural and graffiti work. Often, it blends undulating abstract lines with human figures that are tailor-made to the feel of the surroundings of the piece. 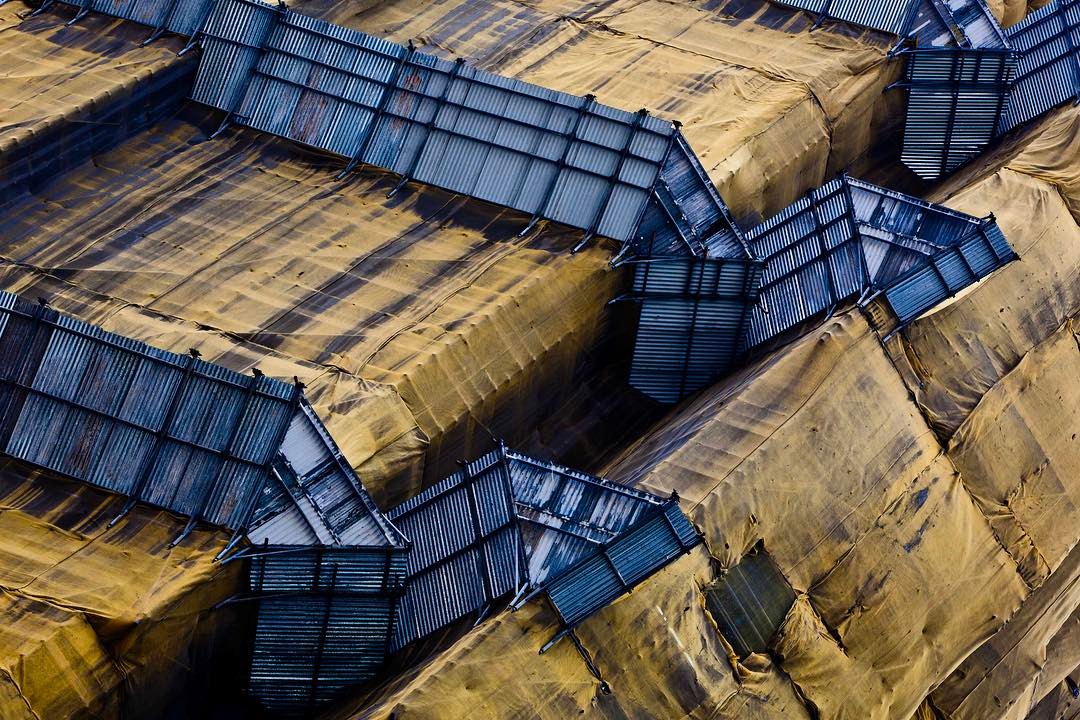 In between shots taken from all his travels, Hong Kong-based documentary and art photographer David Elliott reveals an eye for the city’s grandest vistas and pops of colour found on building facades and derelict, forgotten structures. Paired with thought-provoking captions, his works will definitely brighten up your feed with inspiration. 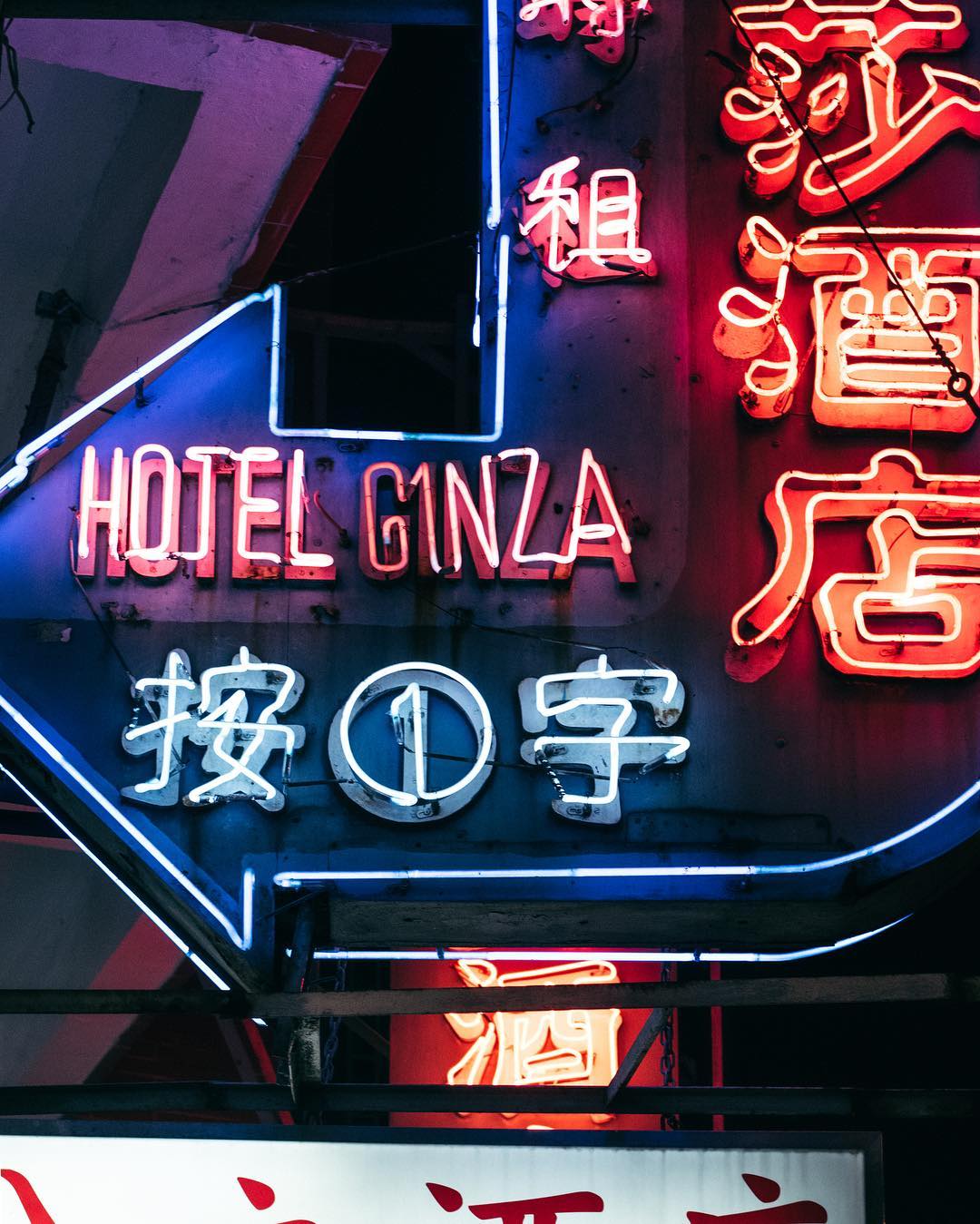 For shots of Hong Kong from dizzying heights and strange urban angles, look to young photographer Derry Ainsworth, who moved to the city in 2014. The UK native arrived in Hong Kong pursuing a career in architecture; these days, he aptly captures stunning nighttime scenes of the city in all its neon-lit, claustrophobic, concrete glory. 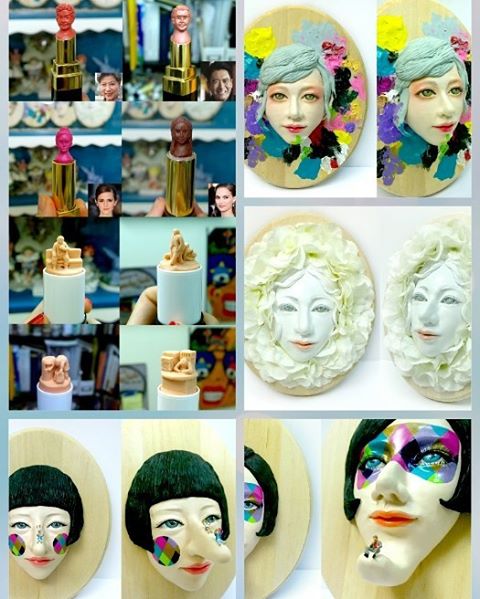 As an illustrator and artist, May Sum is best known for her unique lipstick sculptures thatoften take on guises of celebrities ranging from Victoria Beckham to Lady Gaga to David Tennant as Dr. Who. Follow her account for sneak peeks at her artwork before anyone else sees them — especially as she’s taking them to an exhibition in London in late February 2017. With her expertise in the medium of makeup, Sum is also a makeup artist, naturally, so you’ll see plenty of posts with beauty tips and tricks of the trade as well. Hong Kong-based illustrator/street artist Cath Love is the brain and hand behind the lovable and curvaceous character Jelliboo, which has permeated everything from canvas to walls around the city to even its own set of LINE app emoticon stickers. The body-positive artist draws Jelliboo and her pet friend, Fluffyb, in a range of frank, everyday scenarios with pop culture references depicting everything from gym struggles to celebrating seasonal holidays to protesting President Trump.