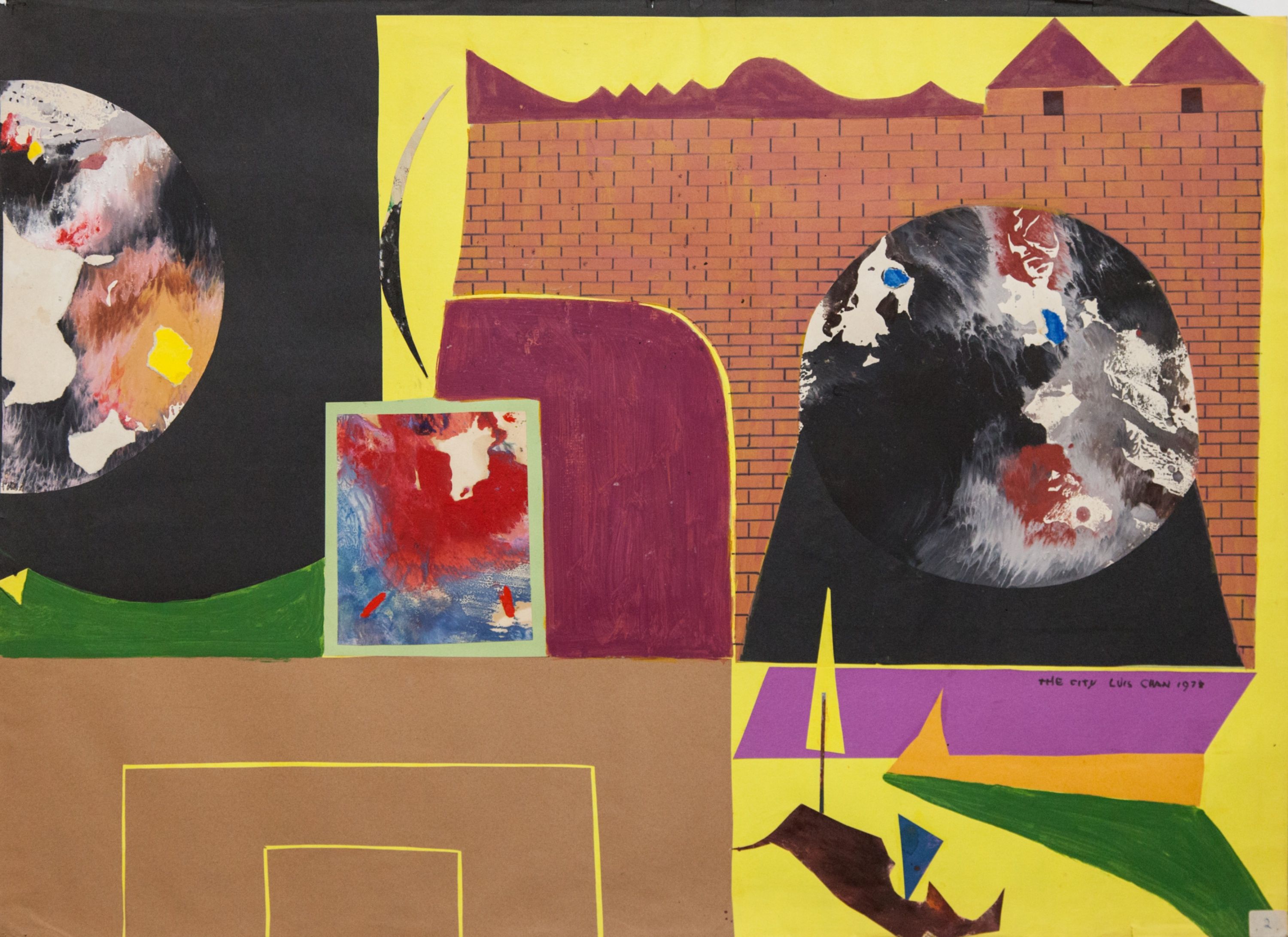 Hong Kong Arts Month, the busiest time of year for visual art and its appreciators, has arrived, and the frenzy of Art Basel and Art Central is just a few weeks away. But there’s so much outside of the big art fairs to see this month, so we’ve compiled a list of the non-art-fair shows you won’t want to miss. (Don’t worry, we’ll be covering the big art events plenty in the coming day and weeks.) From a Picasso show to Andy Warhol’s photographs in China to new work by Ai Weiwei, these are the most important art shows to see this March.

This public exhibition held in collaboration with the Museu Picasso de Barcelona brings 13 of the Spanish artist’s masterpieces to Times Square. All of these pieces were dedicated to his second wife and great love Jacqueline, who was with Picasso until his death. Of the 400-some portraits that Picasso created of Jacqueline, 12 featured at this exhibition are linocuts showcasing Picasso’s pioneering technique. The last piece is the highlight: a colourful oil portrait of Jacqueline herself, recognised for its serenity, her calm expression and a sense of nostalgia — a far cry from the twisted figures the artist drew of his first wife, and the many other masterpieces for which he’s known for.

You know just how powerful the thirst for art is this month when you don’t even have to step into an art establishment to enjoy art. This month, California Tower becomes a “vertical gallery” of sorts, where six of its restaurants will feature prominent pieces by world renowned artists such as Damien Hirst, Banksy and D*Face. You just have to visit the restaurants to find them — locations include CÉ LA VI, Ciao Chow, Jinjuu, Mercato, Porterhouse by Laris and Yuet Kwai Restaurant by FOVEA.

At the same time, head to LOFT22, the events space on the 22nd floor for an exhibition entitled “PLAY” (8–11 March), featuring works by the same contemporary art figureheads featured in the restaurants. Later on in the month, check out “Sweet Sorrow” (15–17 March), a charity show of new pieces by Hong Kong’s leading photographer Wing Shya, with tickets going to benefit the Hong Kong Adventist Hospital Foundation Cancer Fund (HK$800).

If you like the idea of spending an afternoon browsing galleries, but don’t know where to start, every Saturday throughout March art docents from Accidental Art are hosting a special edition of their gallery tours, dedicated to the galleries located in historic Pedder Building. You’ll be able to catch noteworthy exhibitions such as Mel Bochner’s verbal play at Simon Lee Gallery and new work contemplating the idea of home and geographical boundaries by Korean artist Do Ho Suh at Lehmann Maupin.

Zaha Hadid: “There Should Be No End to Experimentation”

Architecture enthusiasts will need to hold onto their hats, because the critically acclaimed exhibition of the late Zaha Hadid is coming to Hong Kong, presented as the closing event for TaiKoo Place’s arts venue ArtisTree before it relocates to a new address. Initially curated with Hadid herself, this exhibition will showcase the early paintings, calligraphic drawings, sketches and rare private notebooks of the visionary architect, along with additional archival material showing her early career. Tying in with Hadid’s zeal for innovation and technology, four virtual reality experiences have also been developed for the show, each linked to individual paintings.

Developed from an exciting research partnership between two prominent art institutions MoMA PS1 and the K11 Art Foundation, this group show looks at how artists in the west and in China respond to the various infrastructures that build up our everyday digital experiences, and how differences in regional internets have affected different social behaviours and ways of thinking. The show is curated by Klaus Biesenbach and Peter Eleey of MoMA PS1 in New York.

As street art grows on everyone’s radar this month, besides all the fresh murals you can spot around town, you can also look to Above Second for your fix of slick walls. This month, the OG (original gallery, that is) that’s been bringing international street artists to Hong Kong is presenting work by Swiss duo Nevercrew. Both attended art school in Lugano, and draw inspiration from 90s hip hop and comic culture to develop their hyper-realistic, large-scale mural works that express political and environmental messages. Exploitation of our earth’s natural resources is a big topic for Nevercrew, and for the upcoming show you’ll find a limited edition print, Ordering Machine, with proceeds going to local charity Foodlink Foundation which advocates against food waste in Hong Kong.

“Masters Of Design: A Selling Exhibition of Mid-Century Modern Furniture” 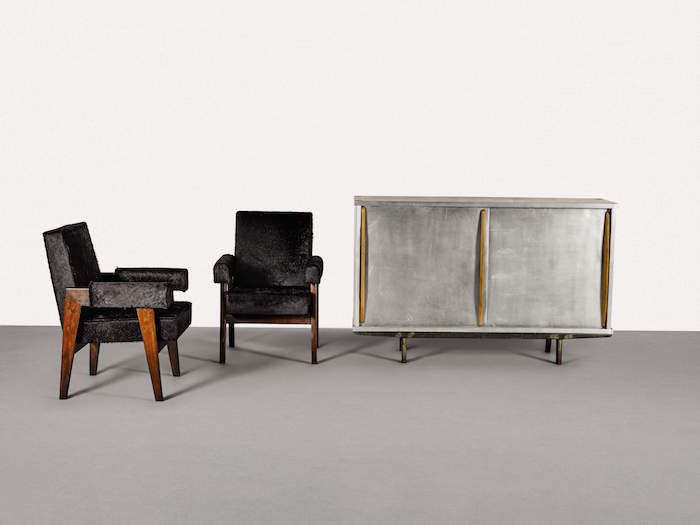 Coinciding with Art Week is the debut selling exhibition of mid-century modern furniture by Sotheby’s Hong Kong. You’ll get to see exquisite examples of the era’s sculptural, artful lines by some of the most prominent and influential designers of the period, with highlights including Le Corbusier and Pierre Jeanneret’s seating pieces to Jean Prouvé’s aluminium, steel and oak cabinet set. To all the fans of Mad Men — we’ll see you there.

“Abstraction of the World”

This joint exhibition between Duddell’s and the 21st Biennale of Sydney, slated for 2018, ties together three artists from the Asia-Pacific region who express, through abstract means, the worldly elements as depicted since ancient times through indigenous cultures and traditional belief systems. From Thailand, Mit Jai Inn’s abstract paintings depict the molecular fabric of the universe. Australian indigenous artist George Tjungurrayi digs deep into his roots for a spiritual, as well as physical portrayal of the desert landscape typical of indigenous artists in the Australian Western Desert. In contrast, South Korean artist Haegue Yang creates assemblage installations that — with its myriad combinations of materials — reference the history of modern art.

This unique exhibition at Massimo de Carlo Gallery brings together, for the first time in Hong Kong, the works of ink artist Roland Flexner and famed activist/artist Ai Weiwei, both of whom will be exhibiting works that push the boundaries of painting. Ai Weiwei will be presenting a new piece using LEGO bricks created for the show, as well as a never-before-seen series involving paint. Flexner will be showing his iconic ink drawings, all of which avoid direct contact between artist and paper, and instead employ means such as breath, water or gravity to move the ink.

Perhaps there’s only so many Marilyn Monroes a person can take. But you can’t deny Warhol’s pivotal presence in the history of pop art and pop culture. For an extremely rare glimpse at the life of this legendary figure, head to the Mandarin Oriental Hong Kong, where Phillips is presenting more than 200 of the artist’s photographs from his pivotal trip to China in 1982. Coincidentally, the hotel is also where he stayed in Hong Kong during his trip. The works are set to be auctioned off by Phillips on 28 May, with estimates starting at HK$50,000.

De Sarthe Gallery is launching a brand new 9,820-sq.-ft. gallery space in Wong Chuk Hang, and the space’s inaugural exhibition is a group show of Hong Kong and Chinese artists under the curatorial theme of “carnivalesque.” First proposed by 20th century literary critic Mikhail Bakhtin, the concept references the idea that a carnival expresses an alternative, utopian world free from social, political, cultural and religious structures. Similarly, the exhibiting artists’ works react to the emerging new order of Chinese society. Our tip: check this show out on South Island Art Day on 23 March, where 18 galleries and artist spaces in the Southside will be hosting special events, openings and guided tours.

“Second Nature: A Contemporary Art Exhibition of Your Own”

Another new opening in the gallery world is the K11 Art Foundation’s newest digs in Clearwater Bay, a second Chi Art Space, building upon its success in its first Central location. It’s a slight trek from town, but the two-story, 5,400-sq.-ft. art space only spells excitement for new curatorial programmes. Put together by Hong Kong independent curator Janet Fong, the group show emphasises the lush green surroundings of the new gallery against the built contemporary world — the concrete row where it is located. Works are separated into two floors, with the first concentrating on nature, history and human civilisation, while the second experiments with new media, interactive works and digital innovations.

The late artist and bon vivant Luis Chan is considered one of the leading figures in Hong Kong modern art, and this landmark exhibition at Hanart TZ celebrates the man in two parts. The first part, taking place through 11 March, focuses on Chan’s whimsical landscapes. The second showcases his eccentric and dream-like figurative work, taking place from 17 March to 13 April.

For some inspiration in the day to day doldrums, look to Charbon Art Space. Bringing award-winning photographer Emmanuel Monzon to Hong Kong for the first time, “Enter the Void” is a series of 15 selected photographs showcasing Monzon’s expertise in capturing the dull grey urban sprawl with his lens, turning it into romantic paintings.

Fascinated by human traces left on forgotten surfaces, Hungarian artist Bence Bakonyi drove across Hungary, Ukraine, Slovakia, Austria and further, camera in hand to document the stories left behind on asphalt. He returns to Artify Gallery for his second solo show since his debut in Asia three years ago.