From humour-laden genre paintings to shows offering deeper examinations of society at large, 2017 kicks off to a thoughtful start with these eclectic exhibitions around town. Art Projects Gallery presents further works by Japanese artist Ryota Unno in this follow-up to his sold-out show in 2014. On show are Ryota’s spin on genre paintings from the Edo period, depicting contemporary life with his trademark sense of humour and good nature. Expansive works offer a view of city life from above — look closely and you’ll find light-hearted stories, leading up to even the perverse (though not quite Hieronymous Bosch), with fun observations that chip away at the cliché of a Japanese society obsessed with politeness and order. After a year-end show catching up with local artists, Blindspot Gallery kicks off 2017 anew with another group show featuring five Chinese artists and their interpretations of dance and movement. Yet beneath a bright and lighthearted label, they reveal the powerful tensions felt between the state and the self within the landscape of a rapidly changing modern China. One of most intriguing, if not disturbing pieces? Lu Yang’s video work, “Reanimation!Underwater Zombie frog ballet!” where a row of eight dead frogs in a water bath twitch and twerk to a terpsichorean rhythm thanks to a circuit of electricity.

“Between Utopia and Dystopia” 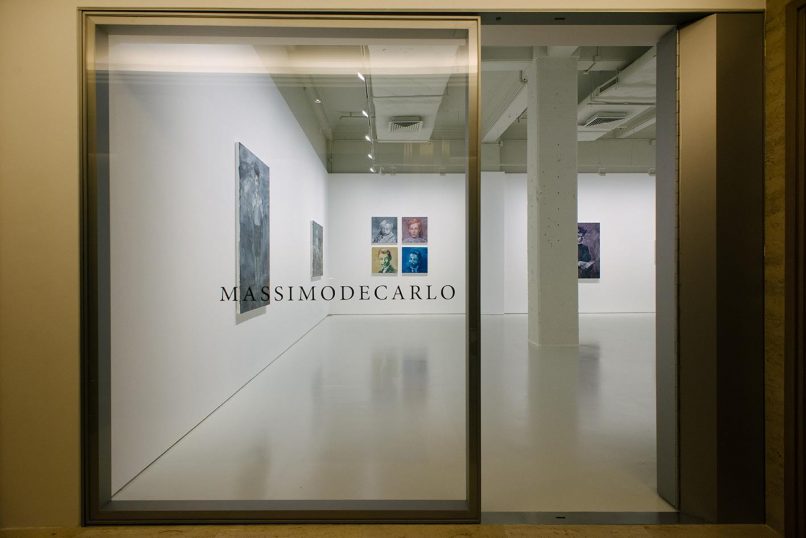 New for 2017, Massimo de Carlo gallery at Pedder Building will be presenting its first-ever group exhibition, featuring works by six contemporary Chinese artists exploring the loose idea of landscape — be it cultural, social, or geopolitical. From artists Qiu Shihua, Meng Huang, Wang Zhongjie, Jia Aili, Wang Sishun and Liu Xinyi, the range of works on show include painting and sculpture. Expect to find visions of ideal worlds balancing out with sharp reflections on, perhaps painful, truths, as well as intimate scenes matched with wider summations of understanding the world around us.

White Cube’s first show of the year features Kenyan-born, London-based artist Michael Armitage, whose romantic yet turbulent paintings reveal the darker side of contemporary life in Kenya: they tell stories drawn from history, news, the internet, African mythology as well as his own memories of his country of birth. To give you an idea of what’s in store: In a group show in Manchester, “Imitation of Life: Melodrama and Race in the 21st Century”, Armitage’s work brought to attention the illegality of homosexuality still in this day and age, in countries such as Kenya and its neighbour Uganda. In the current show, his work “Hornbill (21st–24th September 2013)” depicts one of the terrorists who perpetrated the Westgate Shopping Mall attack, alongside a foreground of hornbill birds, which bury the dead in their beaks according to West African myth. While not a singular show per se, the Fotan Open Studios (previously known as Fotanian) is the annual event where you can take a peek inside many Hong Kong artists’ working spaces and art spaces that have set up workshops in Fo Tan. Always a fascinating day out, the artists involved will be able to closely share the quirks and rationales behind their work, from painting to pottery, ink to sculpture.

“Rising Above: The Kinsey African American Art and History Collection” The venerated Kinsey Collection — the first ever private collection of African American art to have been displayed at the Smithsonian — is making its debut outside of the US in Hong Kong, bringing more than 120 historical objects and fine art from 1595 to today that demonstrate the courage and strength of African Americans rising above their challenges through the years. If there’s a show in Hong Kong that poignantly lets you reflect upon the past year of American politics, or even just on the incredible contributions of minorities throughout history, this is it. As Professor Derek Collins, Dean of the Faculty of Arts at HKU put it, “As a vibrant, open and globally connected city, the citizens of Hong Kong will find many kindred spirits in this collection. If you only have one “aha” moment while experiencing this exhibition, then all of our efforts to bring this collection to Hong Kong will have been worth it: because in that moment, you will recognise yourself.” Ink lovers would have had a field day at last month’s Ink Asia art fair, but those still craving a fix of novel, contemporary ink will want to check out Frank Tang Kai-yiu’s solo exhibition, presented by the K11 Art Foundation and curated by Ying Kwok. Pairing ink paintings with mixed media, the exhibition will showcase 10 pieces, all inspired by happenings taking place between the hours of 4am and 10pm. Attempting to introduce new ways to interpret Chinese ink painting, Tang challenges this time-honoured medium by incorporating other mediums to change the way ink art is displayed or viewed. For instance, he uses fluorescent tubes and video projections on his silk paintings of trees to emphasise the traditional ink philosophy of nature bringing out the emotion of the artist.

TV host, activist and photographer Sean Lee-Davies is behind this pop-up of Awethentic Gallery, the city’s first art space dedicated to utilising virtual reality to exhibit socially and environmentally conscious art and fine photography. As you may already know, Lee-Davies is also the brain behind his roving photo series, “Love is Wild” which captured the plight of some of the world’s most beautiful endangered animals, photographed along with Hong Kong artists Gaile Lok, Jennifer Tse, Mia Kang, Jocelyn and Anthony Sandstrom to raise funds for key charities. Combining with Lee-Davies’ social enterprise for conservation, Project C:Change, this exhibition has evolved specifically for the pop-up space, which will feature a 360-degree virtual reality film shot in the Solomon Islands that you can experience first-hand.