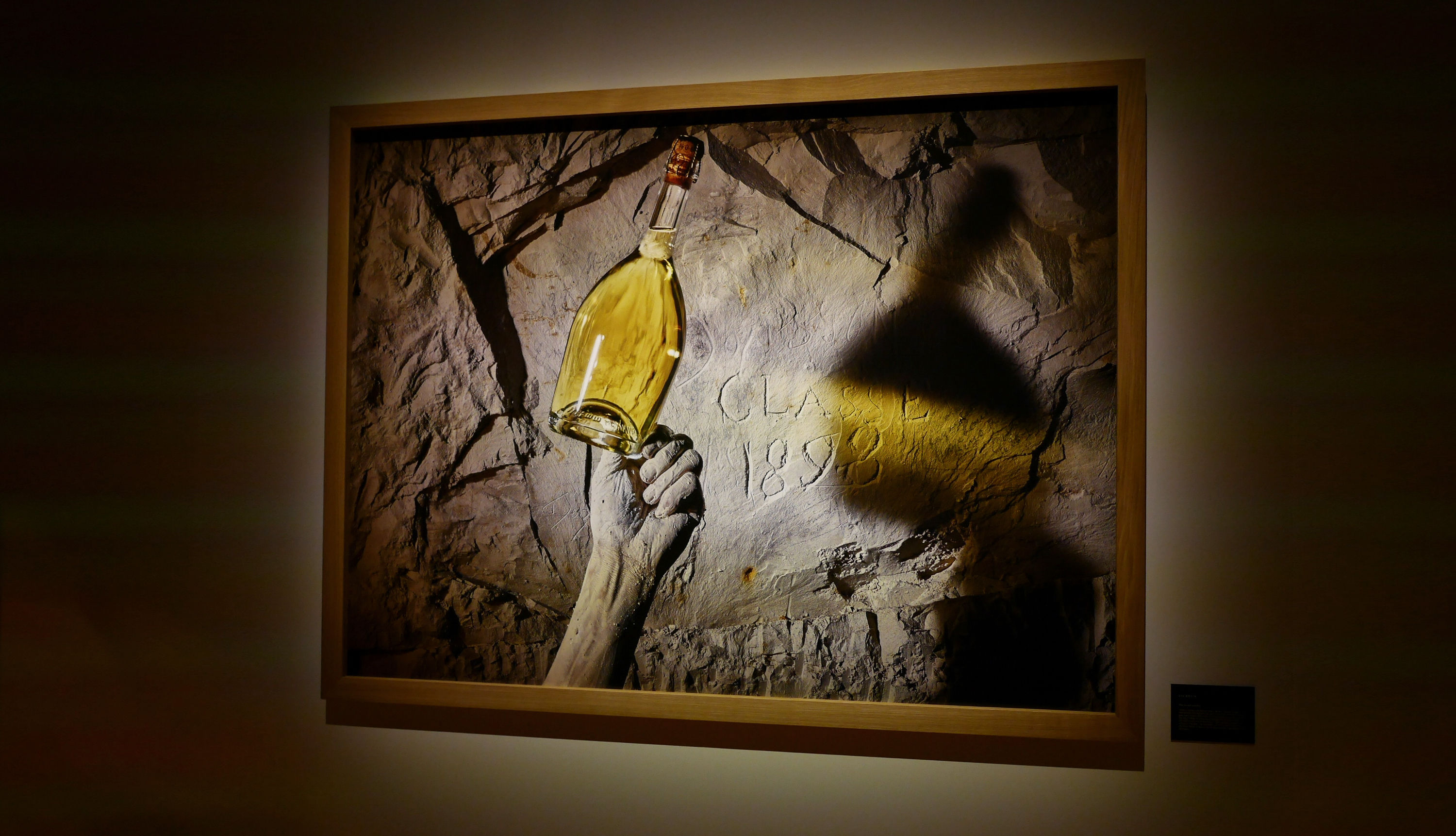 The extraordinary story of the world’s first Champagne house began almost three centuries ago on 1 September 1729, when Nicolas Ruinart drafted the founding act of Maison Ruinart. With such a long history as the oldest and finest in Champagne making, it’s no surprise at all that Ruinart remains today the most celebrated Champagne house in the world. In addition to the house’s rich heritage and exceptional know-hows, Ruinart’s accomplishments can also be credited to its strong commitment to and long-standing identity as a patron of the arts.

Since as early as 1896, the Maison understood that on top of having a great story to tell, a powerful medium is required to maximise the impact it has to the public. To achieve that, they turned to the art world and called upon the then-unknown Czech artist Alphonse Mucha to create a unique and sensational advertisement for the house. It was the most daring and innovative idea at the time for the Champagne industry, and, as a result, Ruinart got its first advertising poster: one that beautifully depicts Parisian actress Sarah Bernhardt raising a glass of bubbles, painted in the style of Art Nouveau. The poster was an instant success, and Mucha went on to become globally recognised as one of the pillars of the Art Nouveau period, while Ruinart continued on the tradition by tapping some of the most thought-provoking contemporary artists from all over the world in the next few centuries.

Fast forward to today, Ruinart remains an active member in the international art scene, frequently tapping artists and designers worldwide — including the likes of Hubert le Gall, Maarten Baas, India Mahdavi, and Gideon Rubin — to tell its story through unique lenses. “Art is in the house’s very nature. We are continuing our commitment to art by supporting major contemporary art fairs, and giving carte blanche to an artist each year,” explains Frédéric Dufour, president of Maison Ruinart. The most recent artist of choice? Chinese artist Liu Bolin, who’s better known as ‘The Invisible Man’ for his series of artworks titled “Hiding in the City”, in which he camouflages himself in his surroundings in an effort to highlight the relationship between the individual and the specific environment.

For this special project, Liu Bolin visited the home of Ruinart in Reims, where he spent 10 days submerging himself into the beauty of the historic place, which is also a listed Unesco World Heritage Site. “Four essential elements came together in my mind: history, culture, know-how and a human dimension,” explains Liu Bolin. From there, he selected eight locations that he felt best reflect the exceptional history and know-how of Ruinart: The crayère (chalk cellars), the vineyard, the Blanc de Blancs bottles, in front of the Mucha posters, the stairs that lead underground, the disgorgement production area, in front of the gyropalettes-riddling machines and, last but not least, the Blanc de Blancs crayère. He then used himself as a canvas, ‘disappearing’ into the background. He also invited some of the Maison Ruinart employees — including Ruinart’s cellar master Frédéric Panaïotisto — to join him in these images; through blending them into the environment, the artist aims to shed light on all the men and women who have been working behind closed doors day and night to produce the top quality Champagne we so thoroughly enjoy. “I’ve always been fascinated by people who produce. To my mind, they are the ones who make the world go around,” explains Liu Bolin. “I was impressed by the team’s expertise and how the surrounding natural resources are put to use in the production of Champagne. From the vineyards to the chalk cellars, whose temperature and humidity are ideal for wine production, Ruinart winemakers draw the best from nature without causing harm. I wanted to use this series to showcase their work.” 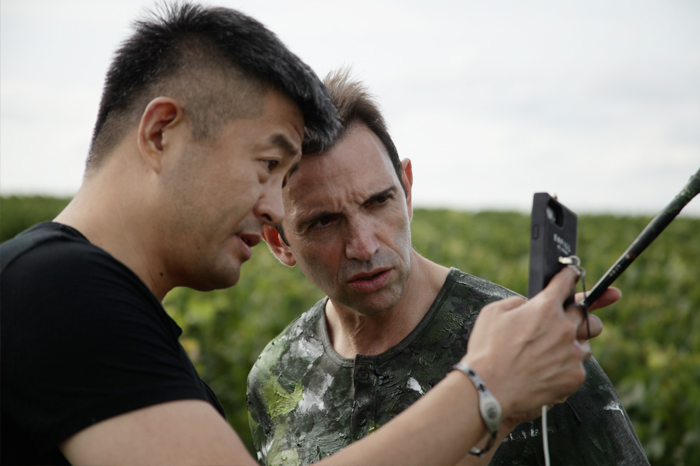 The result? A series of eight striking images titled “Reveal the Invisible” that captures and ties all the important players in the 300 years history of Ruinart. We recently took a first look at these pieces, as we celebrated the official launch of the new project at an exclusive party hosted at the Grand Palais in Paris. During the event, Liu Bolin hosted a live performance that saw him gradually blending seamlessly into Jean François de Troy’s  Le Déjeuner d’Huîtres (The Oyster Lunch) — a painting, commissioned by Louis XV in 1735, that depicts the drinking of Champagne for the first time in history. The entire “Reveal the Invisible” series will be exhibited on a world tour, showing at a string of notable art fairs and events across the globe, starting off with Art Basel Hong Kong later this month (29 – 31 March). Since Ruinart is, once again, the official sponsor of Art Basel, you’ll find these exciting pieces showcased at the Collector’s Lounge, so don’t forget to get yourself a VIP ticket to gain access. If you don’t have a ticket, don’t fret, because Ruinart is also organising a mini pop-up at Aberdeen Street Social from 27 – 30 March, where three of the eight pieces from the collaborative series will be on display.

As we eagerly wait for the art week to commence, let’s take a look at this video below for a behind-the-scenes look at the Ruinart x Liu Bolin collaboration.