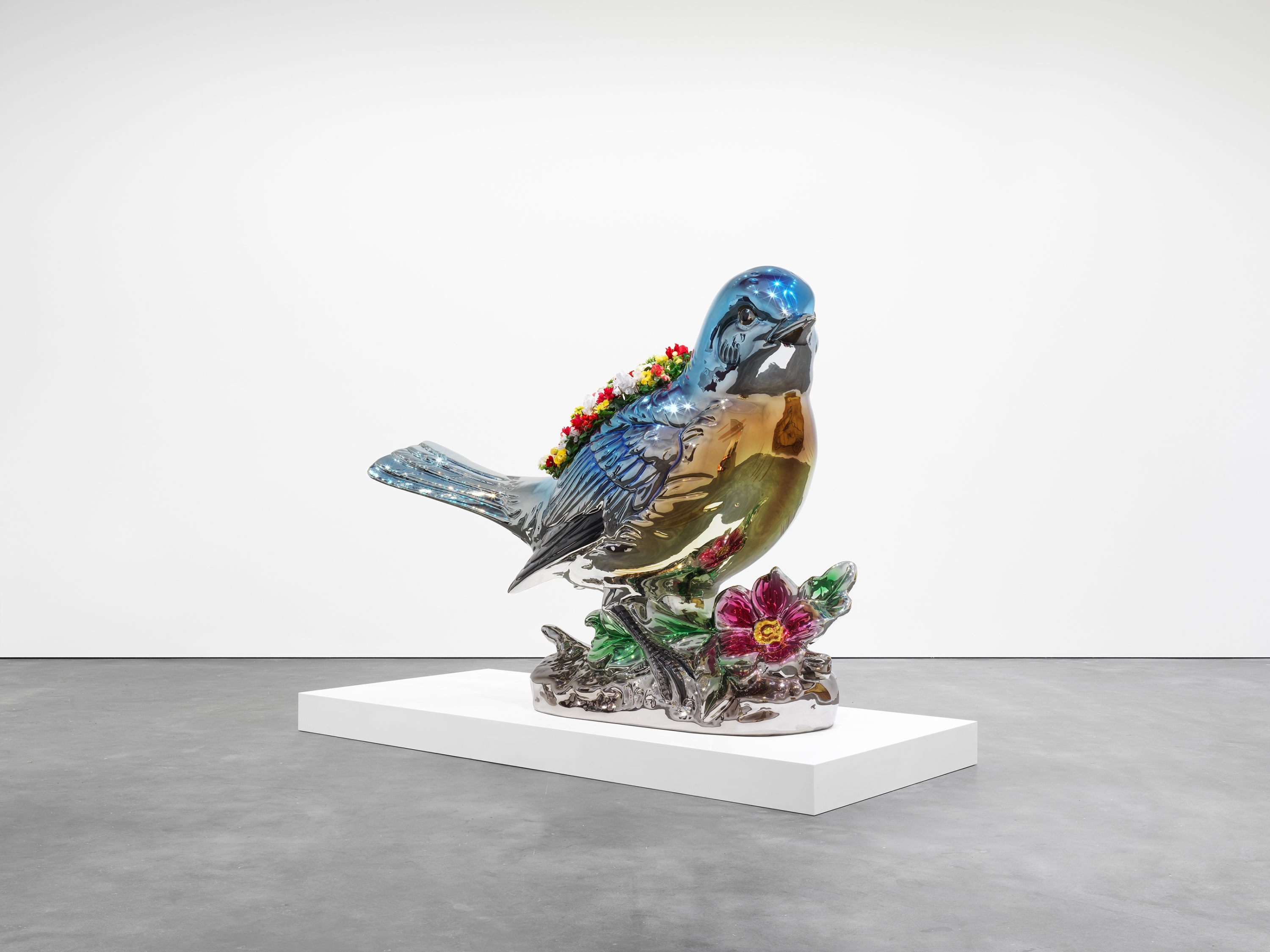 Art Basel Hong Kong 2018: Here are all the fair highlights you don’t want to miss

We’ve been gearing up for the city’s biggest art event for quite some time now, and finally, Art Basel 2018 is just on the horizon. Taking place from 29–31 March, Art Basel Hong Kong marks a week filled of non-stop art-gazing, cultural debate and social and satellite events galore. Perhaps luckily for us, the highly anticipated art week wraps up just before the Easter holidays — perfect for that solid four-day nap we’re all going to need after all the festivities.

This year, 248 leading galleries from across 32 countries make their pilgrimage to the fair; the list includes 28 first-time exhibitors, half of which have their own presence in the Asia-Pacific region. Spread across seven sectors at Art Basel, the programme is set to thrill fairgoers with eye-opening works ranging from fine modern masterpieces to the most contemporary and avant-garde art. Plan your visit here.

Over at Metro Pictures (Booth 3D07), you can expect a full booth presenting uncanny new works by legendary photographer Cindy Sherman, who is famed for turning the lens on herself in a critique of society’s female tropes. Next to that, Beijing-based INK Studio’s (Booth 3D08) Kabinett presentation — a sector newly added last year featuring solo projects tucked away in select booths — features the works of Yang Jiechang, a respected Chinese contemporary ink painter who made a name for himself with his ‘100 Layers of Ink’ series, and even by painting with soy sauce. Exhibited at the fair will be a collection of surviving sketches that led to his iconic series.

Over at Hong Kong’s 10 Chancery Lane (Booth 1D35), expect to see an explosion of all things froggy, with a Kabinett presentation of performance artist and calligrapher Kwok Mang-ho (aka Frog King)’s works, with a unique opportunity to step into his “Frog King Calligraphy Shop,” an interactive performance space where the artist will write messages for viewers. It’s a recreation from the original installation that was shown at New York’s New Museum of Contemporary Art in 1992, and finally being shared for the first time with the Hong Kong public.

Adding to the showcase of veteran Hong Kong artists, Ben Brown Fine Arts (3D14) will be showcasing work by Hon Chi-fun, one of Hong Kong’s most established painters, with pieces from the 70s and 80s during a period where he began to experiment with the clashing of eastern and western philosophies and visual languages.

Galleries and art lovers alike are travelling from far and wide for the Hong Kong fair, from within the region to the far reaches of Mexico and Argentina. One such Mexican artist getting a Kabinett spotlight is Gabriel Orozco at Kurimanzutto (Booth 3C05), who gained a reputation in the 90s for his eclectic exploration across mediums of drawing, photography, sculpture and installation. Spending recent years in mainly Bali and Tokyo, Orozco will be bringing a set of new limestone sculptures, relief carving, ink drawings and tempera painting, reflecting his interest in the local techniques and materials native to Asia.

All the way from Zurich, Galerie Gmurzynska (Booth 3E11) will bring on a Kabinett showcase of Cuban artist Wifredo Lam — whose depictions of mythic creatures was said to be appropriated by the likes of Pablo Picasso and André Breton — in anticipation of a wider show in its gallery later in the year. The booth rounds out with graphic art by Robert Indiana and two contemporary debuts at Art Basel Hong Kong: Francesco Vezzoli and Jean Pigozzi.

In the Insights sector, you’ll find historically significant and carefully curated presentations at each gallery. Hong Kong’s Galerie du Monde (Booth 3D22) will present a work by Taiwanese multi-disciplinary artist Wu Chi-tsung, whose intricate works inspired by Chinese shanshui landscape painting are formidable sights to behold. The presentation is anchored by a site-specific project, a large installation piece, a video piece, as well as two Cyano-collage works that were created specifically for this year’s show.

There’s also a particularly strong presence of galleries from India at the fair this year across the board. Within Insights, Sakshi Gallery from Mumbai (Booth 3D28) will be presenting works by Vivek Vilasini, who brings a forbidding collection of 31 rice paper sheets, each exposed to New Delhi’s infamous pollution for varying durations.

Once again curated by Zurich- and Beijing-based multimedia artist and curator Li Zhenhua, the Film section will encompass seven special screenings at Theatre 2 at the HKCEC, with some being shown in Hong Kong for the first time. One such is Wang Bing’s “Mrs. Fang” (screening on 30 March), which won the Golden Leopard at the Locarno Film Festival last year. In the director’s prized unrelenting style, the documentary follows a farm worker who dies after suffering from Alzheimer’s for several years. Another sought-after film piece making its round to Hong Kong finally is Sun Xun’s 10-minute 3D film, “Time Spy” (screening on 29 March) which was first exhibited at Art Basel Miami Beach, and brings together traditional woodcut techniques with a 3D visual experience.

Art Basel is also working with local not-for-profit Videotage, the city’s best known new media art champion, in highlighting some of the best video works from the region. Followers of Nam June Paik will be able to see ‘Imagined Future’ — showcasing works by the ‘father of video art,’ and also be able to catch early Hong Kong video works inspired by the artist. As a follow-up, don’t miss “Imaginaries Beyond the Past,” which showcases pieces by young mainland Chinese and Hong Kong artists working with moving image.

You’re of course going to get your share of Insta-addicts looking to find the next best Instagrammable piece to share. Look no further than the Encounters sector for groundbreaking installations, performance and large-scale pieces. Don’t be alarmed by the giant plates and bowls, or the person meticulously scrubbing them. Presented by Edouard Malingue Gallery, Chou Yu-cheng explores the concept of hygiene, technology and the distribution of labour through his recent piece, “Refresh, Sacrifice, New Hygiene, Infection, Clean, Robot, Air, Housekeeping” (E5).

You’ll even have the opportunity to become art yourself, thanks to Erwin Wurm’s iconic series “One Minute Sculptures” (E2), jointly shown by Lehmann Maupin, Galerie Thaddaeus Ropac and König Galerie. With found objects and furniture, Wurm creates instructions for you to become one of his pieces for 60 seconds in the spotlight.

For something more ethereal for you to contemplate, look to Japanese artist Shinji Ohmaki’s “Liminal Air SpaceTime,” (E7) presented by Mind Set Art Center, which dissolves a solid object into a kinetic sculpture, revealing the invisible forces of air as form and medium.

And finally, in the single corridor that is Discoveries, you’ll unearth new appreciation for emerging artists and galleries that demand attention in the art world. Check out interdisciplinary artist Timur Si-Qin’s VR environment (Booth 1C29), which combines virtual reality with installation. With renderings and a simulation of the natural environment, it reflects on the reality of climate change today and addresses a makeshift religion which calls upon humans to change the way we live.

Hong Kong artist Morgan Wong, brought to the fair by A+ Contemporary, will be creating his piece, “An Inch of Time; An Inch of Gold” on-site, where he continues his long-term investigation on the irrepressibility of time by pouring concrete into clock faces — an inevitably failing attempt at stopping time. 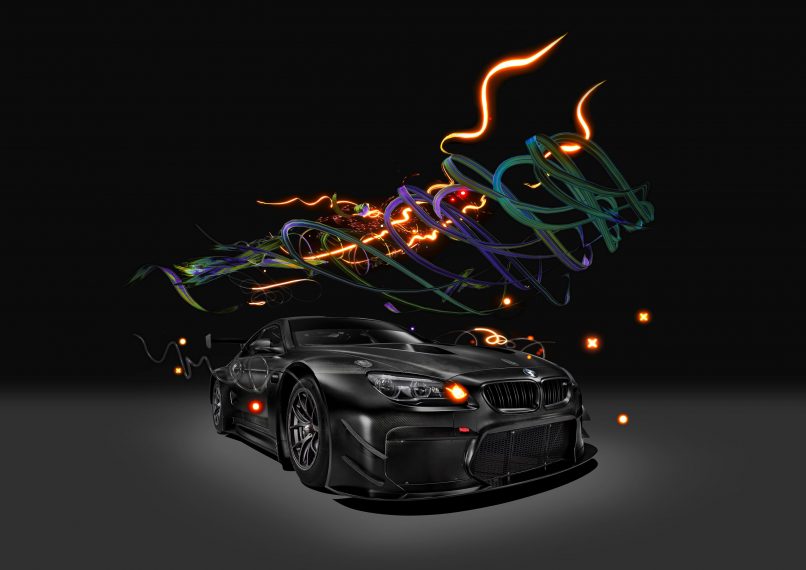 Outside the fair doors there’s also plenty to pique your interests. Every year at the BMW Lounge, you’ll find an unusual-looking car parked right in the centre of the booth: extraordinarily painted, glimmering and gorgeous. This year, it’s not quite so, although of course the BMW M6 GT3 race car in its original carbon black is a handsome beast worthy of appreciation alone. But you’ll have to look beyond the visible dimension to properly see the new design, where the BMW Art Car (the 18th edition) has been re-fashioned by young Chinese artist Cao Fei, exploring the future of automated cars using techniques of augmented and virtual realities.

Within the booth, you’ll also find this year’s presentation of the BMW Art Journey. Launched in 2015, the BMW Art Journey pits emerging artists worldwide who are exhibiting their work at the show’s Discoveries sector against each other: the winner gets their own dedicated presentation in the BMW Lounge the following year. This year, you’ll find Astha Butail premiering her project “In the Absence of Writing,” which explores a range of intangible oral traditions that are still alive today.

Over at Asia Art Archive (Booth P7), the not-for-profit aptly addresses the current concern of the lack of women’s presence in art history in its “Women Make Art History” programme, bringing the anonymous feminist group Guerilla Girls to Hong Kong for the first time, aiming to provoke discussion as well as showcase a selection of highlights from the AAA’s collection. See more details here.