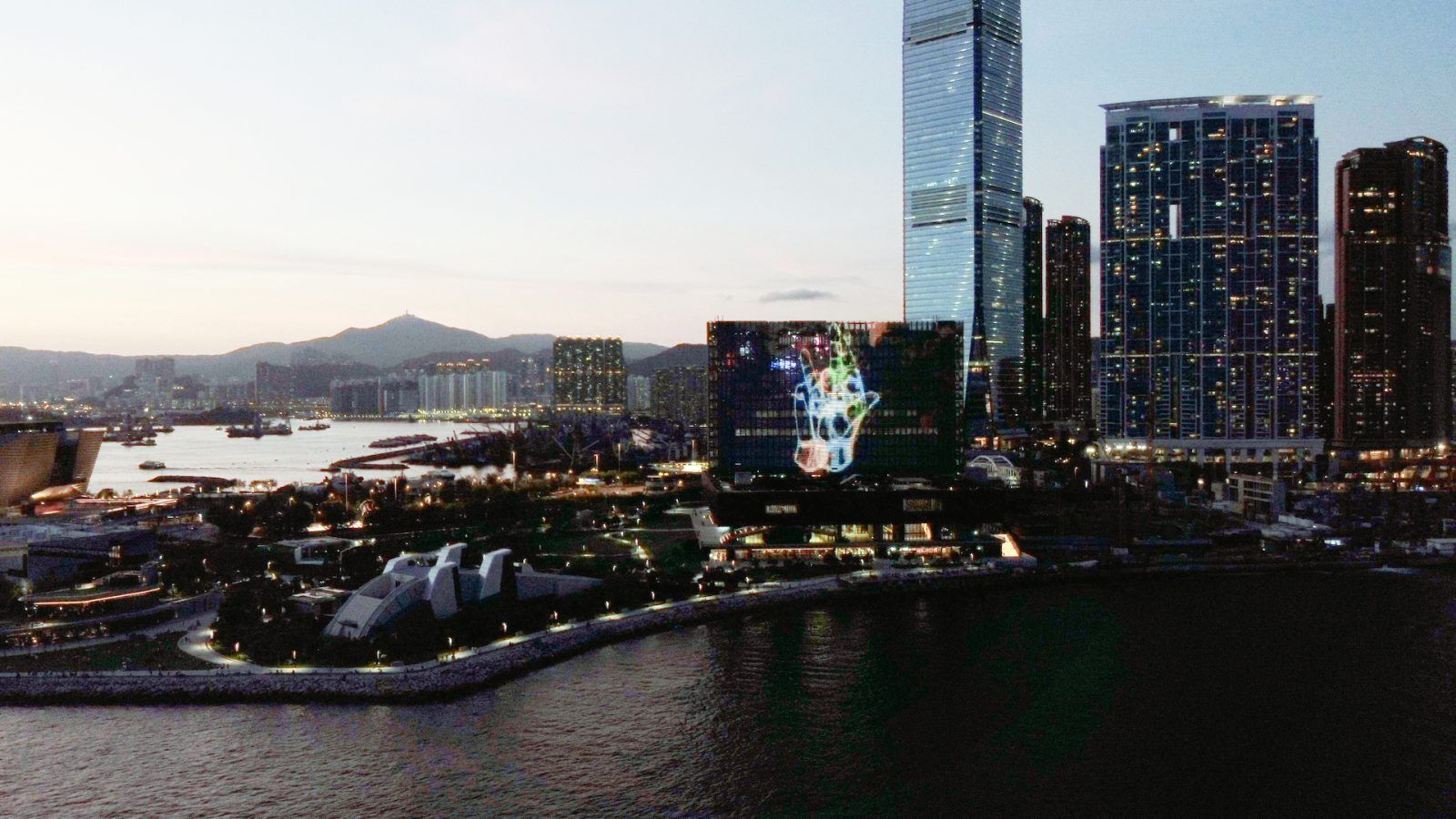 Here’s what I think — enjoy the summer sun, yes, but also make sure to visit an art gallery or two. And I’m not trying to jinx things, but I reckon there ought to be one or two rainy (or even typhoon) days in August. When the day comes, you’ll be thankful for this list because August’s new openings are really something to be excited about. From the opening of SHOUT Contemporary and its first exhibition “New Order – Age of Consent” to the return of the 9th Affordable Art Fair, here are the best art exhibitions this month.

A trio exhibition featuring artists Ben Edmunds, Minku Kim and Yves Scherer, “GRUE” explores the concept of colour and the role it plays in the world. Throughout time, our perception and experience of colour have been shaped by our cultures. For example, in Japan, the colours blue and green are perceived together emotionally as aoi; in China, the word qīng evokes both blue and green, and is associated with freshness and clarity.

English artist Ben Edmunds is known for his colour field paintings, created by layering mists of fabric dyes, sprayed directly onto washed canvas. Meanwhile, Korean-born, New York-based Minku Kim works with paintings of squares and geometric shapes; alluding to motifs such as horizons, sunset and windows. Yves Scherer, a Swiss artist in New York, creates sculpture and installation pieces that address the relationship between fiction and reality, public and private.

When: 7 July to 3 September

The name “Reflection”, in a literal sense, refers to the image reflected off a mirror — the image can be an accurate presentation of the original, or a distorted version depending on perspective. In this vein, the exhibition encourages viewers to look within themselves and consider their sense of self in relation to the colourful and vibrant art pieces on show.

Informel is an art movement from the 1940s to 1950s. It values spontaneity and freedom in art expression and experiments with a surrealistic approach. Imai and Domoto, who were based in France when the art movement began, were Japanese members of the art group. Meanwhile, Gutai art has an aim of going beyond abstraction and pursuing the possibilities of pure creativity. Along with Imai and Domoto, the works of two female Gutai members, Tanaka and Nasaka, are showcased in this Whitestone Gallery exhibition.

With rapid digitisation in the art market over recent years, the three Hong Kong artists are launching their NFTs and producing digital art on canvas at the exhibition. At the same time, the two Mainland artists continue to tackle traditional mediums, including oil paintings and silkscreen prints.

A new art gallery has landed in Hong Kong! The Stroll Gallery makes its way to the city all the way from Korea, with a focus on promoting Korean beauty, culture and lifestyle through the arts. Its inaugural exhibition “White in Peace” runs until mid-August and tells the story of three potters, Insig Kim, Changhwa Lee, and Songkuk Park.

In a fully white exhibition, visitors will feel like they’re stepping into another world once they enter the gallery space. See the works of Insig Kim, who experiments with different soil experiences by mixing together various kinds of white clay; Songkuk Park, who deals with soil and its relationship with the unique texture of Korean paper; and Changhwa Lee, whose white porcelain works show formability and practicality.

“HONMONO TAIKETSU” is the wristwatch brand’s first time launching an art exhibition, and the team hopes to make it an impactful one. Inspired by the founder’s favourite wristwatch, each of the colourful art pieces feature the face of a watch obscuring various popular cartoon characters. The quirky visuals aim to give viewers a refreshing sense of cognitive dissonance and, at the same time, bring wristwatch lovers together.

The first exhibition by Keith Lam with the theme “Sensory Transcode”, features seven artists and encourages visitors to explore novel interactive arts tech experiences. The ensuing second exhibition “Cells that fire together wire together” by GayBird features the works of GayBird himself, as well as artists Kachi Chan, Ip Yuk-yiu and Hugo Yeung. Rounding things off, “Empty Space” by Vvzela Kook opens in October at 618 Shanghai Street.

In Pipilotti Rist’s first solo exhibition in Hong Kong, viewers are treated to more than 45 pieces of the Swiss media artist’s iconic works from the past 30 years. This includes her early single-channel videos with their tongue-in-cheek humour, as well as large-scale moving-image installations and sculptural works that merge video and everyday objects.

This particular exhibition also showcases site-specific commissions such as the large, immersive video sculpture on the Prison Yard, which lights up the D Hall prison cells and projects a giant mural on the Parade Ground. “Behind Your Eyelid—Pipilotti Rist” allows viewers to experience the artist’s signature “virtual hug” of sounds, colours and moving images.

Affordable Art Fair opens in early August at HKCEC for its 9th edition, and this year sees thousands of contemporary artworks from over 60 local and international exhibitors. The fair is split into various sections, each with its own focus, including “Young Talent Hong Kong x Next Gen”, which celebrates up-and-coming Hong Kong art talents; “Special Project”, a series of large-scale installations inspired by everyday life in Hong Kong; art therapy workshops; and art education tours for children.

Psst! If you’re a regular reader of Lifestyle Asia, perhaps you know all about The Plumber King. Word has it that Mr Yim himself is doing a live performance on the first day of the fair, 4 August. You won’t want to miss this.

In Search of Vanished Blood

When: 5 August to 2 October

Showcased literally on a big screen on the M+ Facade this August through to October is moving image artist Nalini Malani’s newest work, “In Search of Vanished Blood”. The eight-and-a-half-minute video comprises a curation of live-action performance, animation, drawing, painting and found footage. It explores Malani’s continued artistic investigation of the effects of war, violence and the repression of women.

Hong Kong Art Exhibition Exhibitions Artwork Art Exhibitions to See Art Gallery Hong Kong
Charmaine Ng
Editor
Charmaine enjoys eating steamed broccoli and knocking back cups of spearmint tea, all in the name of health. Covering art, beauty and music :)
Sign up for our newsletters to have the latest stories delivered straight to your inbox every week.