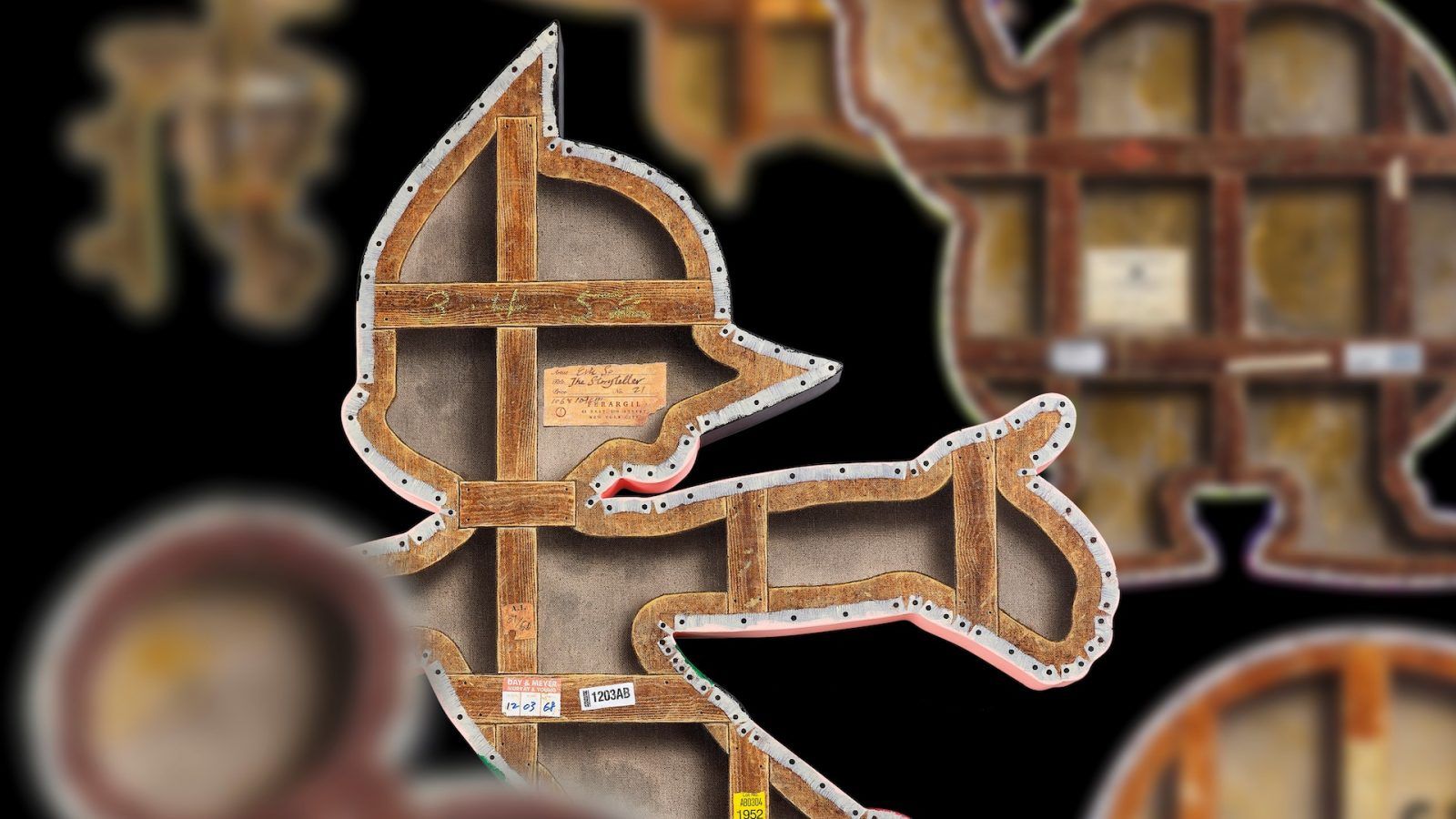 Through paintings, sculptures and large-scale installations, this month’s new art shows feature a host of international artists who take us on a cultural journey around the globe.

September brings relief to Hong Kong in the form of cooler weather, and in my case, in the form of new art exhibitions so I can become the cultured woman I am meant to be. With a long weekend coming up on the 10th — happy Mid-Autumn, y’all — and the anticipation of the holiday season drawing closer, let me tell you, readers, I am ready to visit these brand new shows, most of them which feature global artists. Without further ado, here are my top non-professional picks this month:

Until mid-September, viewers can dive into the simple world depicted in Thai artist Kitti Narod’s solo exhibition “Summer Wind”. Reminiscent of photographic portraits, Narod’s paintings portray pleasant moments in life: four friends resting under a tree, enjoying the delicate breeze; a couple dancing in the laundry room; two men leaning onto each other during an afternoon nap. An interpreter of the LGBT scene, his artworks are comfortable on the eye and heart, with a pure kind of love – for people, for animals and for life.

Legendary Hong Kong artist Go Hung is back with a new exhibition at Karin Weber Gallery. Titled “[uk1] [lau6] [pin1] [fung4] [lin4] [ye2] [yu5]”, a Cantonese colloquialism that loosely translates as ‘it never rains but pours’, Go’s show addresses the day-to-day challenges faced by underprivileged members of society, especially since the outbreak of the pandemic. Using recycled materials from the streets such as used papers, packaging materials and hotel soap bars, Go’s installations serve as a reminder of Hong Kong’s income inequality. A share of proceeds from this show will be donated to Oxfam Hong Kong.

Bonhams Hong Kong is celebrating local talent with “The Storyteller”, a solo exhibition starring Hong Kong artist Eric So. Fresh-to-market and never-before-seen to the public, up for grabs are over 30 works of acrylic on canvas, each representing the silhouette of a well-known cartoon or anime character. Instead of what we expect — a complete, realistic painting — the canvases are stripped back to show the frame, stretcher and labels, with neither a ‘front’ or ‘back’ side. Pushing the viewer to use their own memory to fill the canvas, So’s work tells not only the story of his cartoon characters, but encourages us to explore our own experiences and emotions with them.

Meguru Yamaguchi: In My Element

When: 7 September to 19 September

Sotheby’s latest selling exhibition brings New York-based Japanese artist Meguru Yamaguchi to Hong Kong. Having experienced the pivotal transition of Tokyo street culture from the 1990’s to the early 2000’s, each of Yamaguchi’s pieces celebrates street culture, music, art and Japanese aesthetic sensibilities. For two weeks only, 15 of his never-before-seen artworks will be on show, including the Möbius, Out of Bounds, Shadow Piece, Revisualize and Untitled series.

When: 7 September to 21 September

In an exhibition that highlights the power of hope through colours, The Stroll Gallery showcases the works of three Korean artists, Eun-jin Jeong, Seung-ki Min and Mandalaki Studio. Jeong explores the traditional lacquer craftsmanship of Korea; while Min’s art is based on Korean Buncheong ceramic history and style; and Mandalaki Studio experiments with the intersection between design and technology.

When: 7 September to 7 November

Amanda Wei Gallery is putting a spotlight on graffiti art with Ceet Fouad’s first solo exhibition in Hong Kong. Moroccan-born, Toulouse-raised and Hong Kong-based Fouad is known for his colourful “Chicanos” chicken, which you might’ve seen around town. “LOSt Chix” will feature Chicanos extensively, and at the same time embody the artist’s multi-cultural childhood and his observation of contemporary society through showcases of his street art.

When: 8 September to 29 October

In her latest solo exhibition “Wild Silence”, Filipino-American artist Jana Benitez investigates the countless ways that painting can inform our understanding of the human body. Vibrantly coloured dancing figures leap across her canvases, oscillating between gestural abstraction and figuration, capturing the intuitive qualities of our feelings and sensations.

When: 12 September to 30 September

Joey Yuen and Chan Kit’s boudoir and portrait studio Maison Kali — where subjects are invited to come in, strip down and bare their souls — is presenting its first photography exhibition, Untold Stories, at Soho House Hong Kong this September. “Portraying raw emotions and stories of souls that colour our world,” the talented pair turn their lenses on artists of all kinds for what is sure to be a beautiful and memorable exhibition.

New York-based artist Haim Steinbach’s first solo exhibition in Greater China is a showcase of his creative object staging and installations. Since the late 1970s, he has been collecting and arranging objects in unconventional ways, treating them as cyphers with their own particular identity, story or history. Bringing about a tension between the definition of art and the kind of displays people might assemble at home, Steinbach asks the viewer to take a second look at their understanding of the world and the way it works.

American artist Al Taylor makes his debut in Asia with his new exhibition “Playing with Color” at David Zwirner Hong Kong. The works on view span the mid-1970s through late 1980s, demonstrating Taylor’s transition from painting on canvas to constructing three-dimensional installations for which he became known. This show, in particular, focuses on Taylor’s use of bold colour juxtapositions and play imagery across all his painterly and sculptural works.