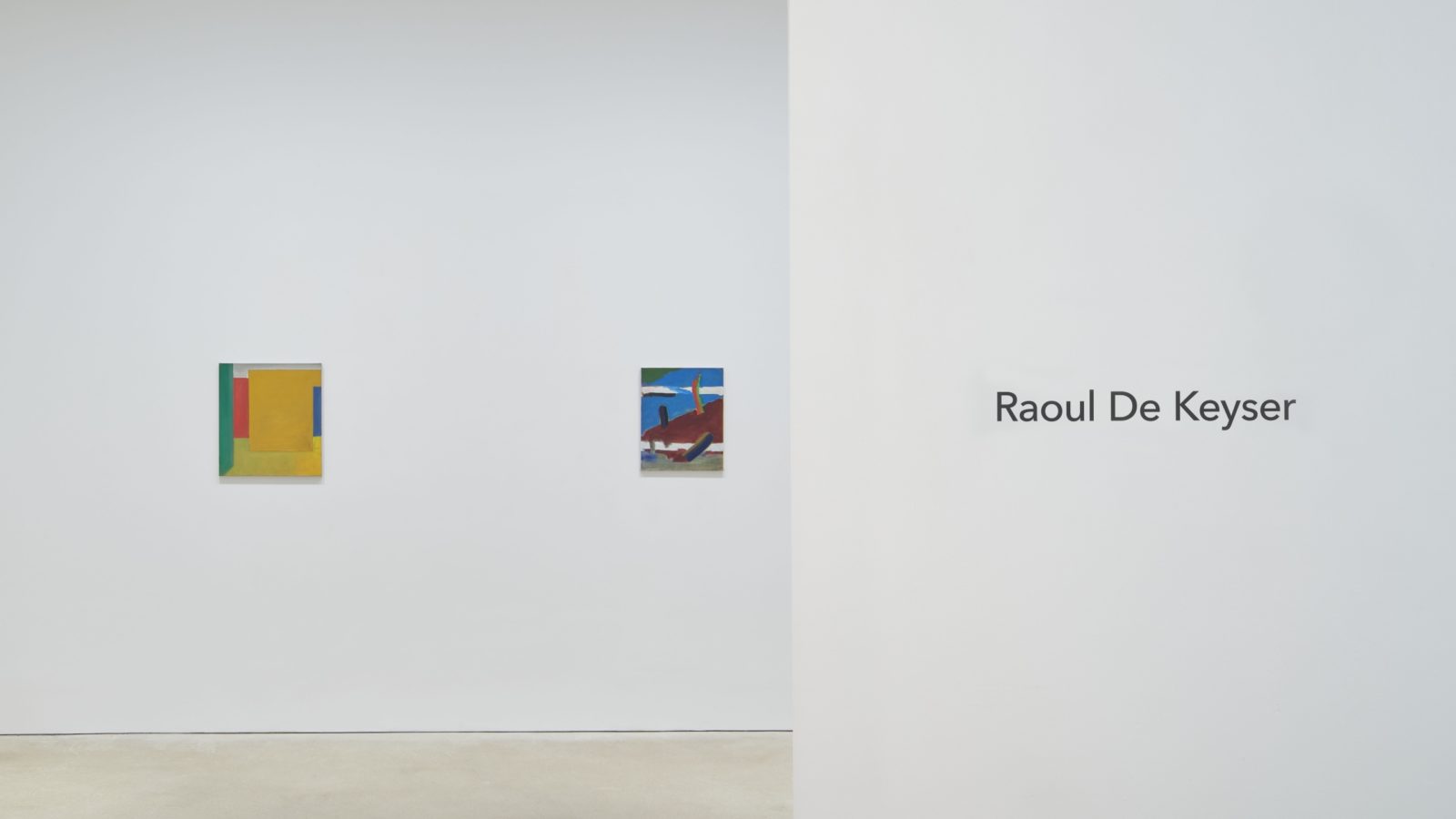 Raoul De Keyser was born, lived and passed away in Deinze, Belgium. There were no stints in New York with the Americans; no rendezvous in Paris for inspiration. Inspiration came from the mundane; the ordinary. De Keyser subjects — while always lapping at the fringes of abstraction — are servants of the everyday. Door handles. Chalk lines. A favourite monkey-puzzle tree.

It’s the intimacy of everyday life. Objects and places and things and corners so firmly etched into humdrum familiarity they no longer register as things worth noticing. De Keyser, however, noticed. And painted.

It comes to me as I paced through the cavernous, whitewashed rooms of David Zwirner’s Hong Kong location. How incredible an achievement — yet, too, how finite — to have half-a-lifetime of work summarised in such neat squares and rectangles. Work at its most tangible — framed, hung and walked through in mere minutes.

Perhaps that’s the reason Raoul De Keyser is widely regarded as a ‘painter’s painter’ amongst his peers. It’s this sense of doing; creating for the sake of creating. Painting, distilled to a form that disregards all pomp and circumstance. It’s palpable brushstrokes; daubs of paint, elevated and textural; a lack of colour; shapes, unformed and hazy.

“I don’t want to become the ‘pretty’ painter… Ultimately I want to paint ruthlessly.”

In a way, there’s a documentarist feel to this oeuvre; the subjects being documented, however, will perhaps be forever illusive. Abstract in a way that quietly gestures at the referential — work that merely sits as evidence. He was here; he lived; he created.

De Keyser inspired the likes of Luc Tuymans, Chris Ofili and Harold Ancart. May he inspire you, too.

Art David Zwirner Hong Kong Raoul De Keyser
You might also like ...
Culture
A comprehensive round-up of the best art exhibitions to visit this month
Food & Drink
Veuve Clicquot’s new collaboration with Yayoi Kusama is a work of art
Joey Wong
Editor
Constantly in pursuit of a multi-hyphenated career, Joey has written her way through fashion trends, youth culture and luxury retail in New York and Hong Kong. Beyond internet adventures tracking down the perfect vintage find, you can probably catch her sipping on her third oat milk latte of the day in the city’s newest café. She’s currently mourning the loss of TikTok in Hong Kong.
Style Culture Drinks Hong Kong Art