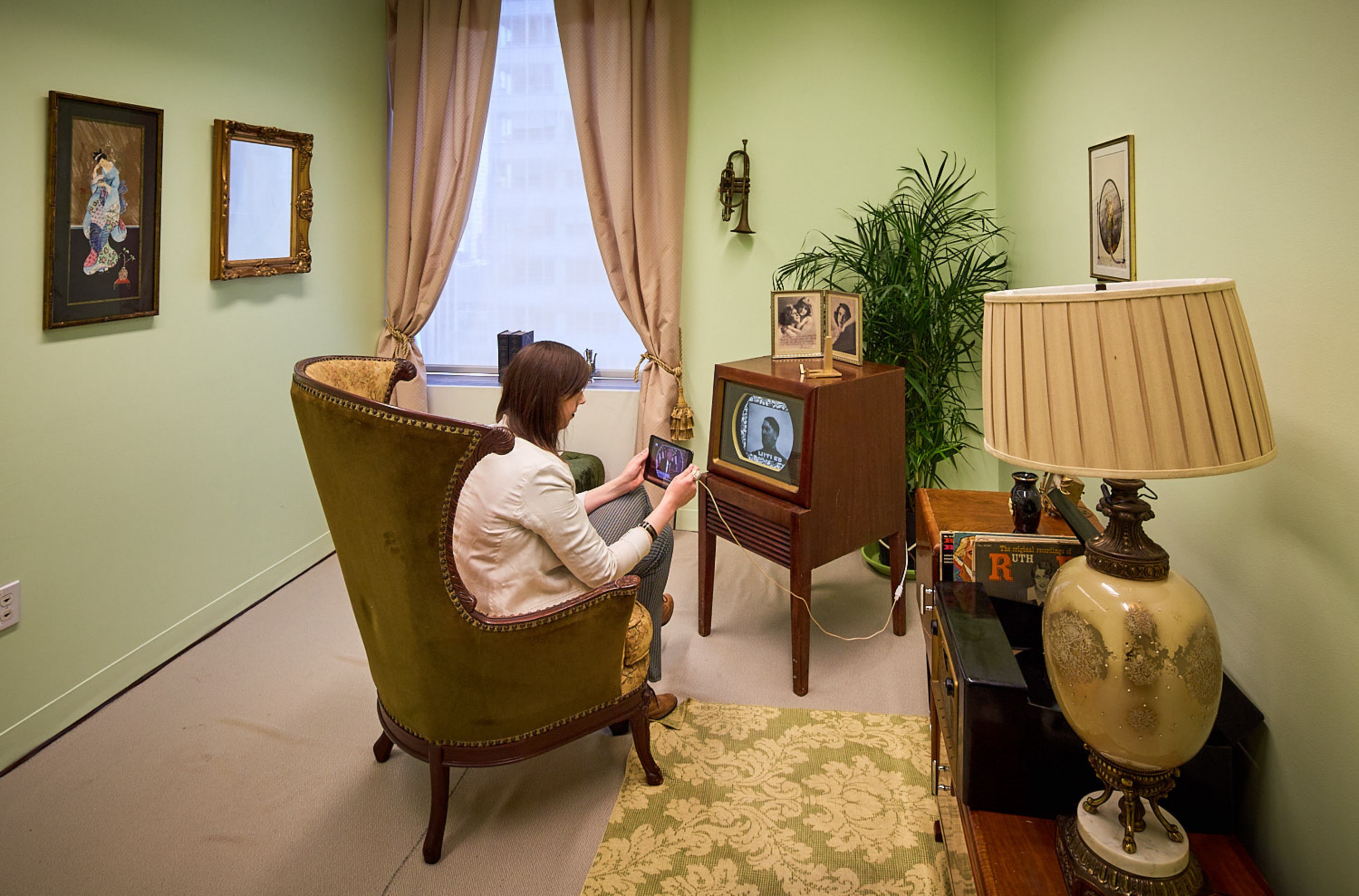 Come March, Hong Kong becomes a dizzying playground of art, with galleries and art fairs teeming with their best creative ammunition. It’s not just conventional paintings and canvas-based works making the city pop, either, but an increasing number of exciting interactive programmes, each more eclectic than the last.

To experience art that pushes boundaries and goes beyond what’s on the walls, you’ll want to block out your diaries for Art Central, which takes place from 27 March–1 April this year. With a heavy emphasis every year on its unique projects, talks and performance art, the groundbreaking programme for 2018 is set to be the most innovative and inspiring yet.

Within the PROJECTS sector curated by art world luminary Ying Kwok (she also curated the Hong Kong Pavilion at 2017’s 57th Venice Biennale), you’ll find some of the most inventive approaches to large scale art within the fair, with pieces incorporating light technology, exploring the rise of augmented reality, and utilising intricate fine detailing to examine the past, present and future. For instance, Andrea Wolf and Karolina Ziulkoski’s collaborative work “Future Past News” employs AR technology to expose the parallels between current global affairs and the tumultuous news footage of pre-war 1937. With the viewer sitting in an old-style living room, the television set plays a newsreel from the 1930s, while simultaneously on an iPad, an augmented reality app layers and juxtaposes current affairs for a moment of reflection. 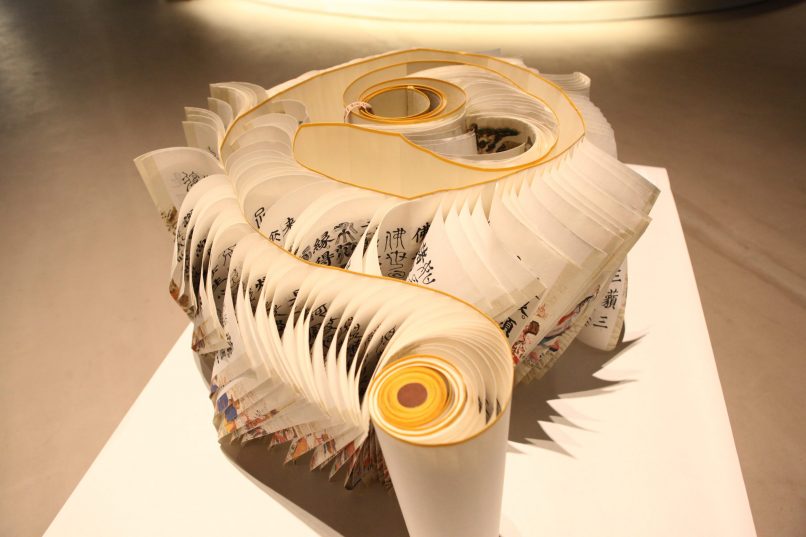 Reinterpreting a traditional art form, Zhang Xiaodong is well known as the first person since the Tang Dynasty to revive the lost Chinese craft of Dragon-Scale book binding, presenting an exemplary piece of the “Dream of the Red Chamber” manuscript at Art Central. Meticulously painted, each flip of the page creates fabulous moving images as you scroll through the paper.

Entang Wiharso’s iconic relief sculpture looks at the socio-political conditions of his home country, Indonesia, as well as disconcerting headlines from around the world — referencing Javanese motifs while depicting contemporary life. At Art Central, his brass mural piece “I Want to Live a Hundred Years: After Agreement” may seem mythological in content, but in fact references the tragic school shootings in the US, particularly after the Sandy Hook incident.

Always critically acclaimed, the Performance x 4A sector is equally strong this year. Curated in partnership with Australia’s not-for-profit organisation 4A Centre for Contemporary Asian Art, this year’s performance art programme focuses on the current polarised sentiments and tension surrounding all kinds of social uncertainties. Four artist and artist groups express thought experiments that vary from seemingly light and playful to dark and poignant (and even suffocating).

Caroline Garcia’s “The Vitrine of Dancing Cultures” is firmly about the exoticisation of subaltern bodies in history, and the display of alternative cultures in museums and the like. In her performance, Garcia places herself in a vitrine to put her own cultural and gender identity on show — even incorporating a Nintendo Wii to explore the neo-colonisation of popular culture.

Sam Lo’s “Progress: The Game of Leaders” is a game of Jenga where each block represents building blocks of an ideal society. Participants are invited to prioritise each block depending on their own needs — will economic progress be favoured over military spending? What will topple the game at the end of the day?

FJ Kunting presents two performances that explores restraint and struggle in language: In “TALK,” the artist attempts to speak, only to produce bubbles from the contraption he’s strapped to, each time he fights to be heard. Over time, he is engulfed, and only until he stops struggling do the bubbles disappear. Taking the same setup to his second performance, “Goal: Strong Relationship, but first, talk,” two speakers fumble to converse with an exchange of bubbles, hence exploring the pattern of conversation and balanced communication in relationships.

For a topic definitely apt for every Hongkonger, Sampson Wong and Lam Chi-fai contemplate the current housing crisis with an installation of a micro apartment that you can go inside, where you can listen to audio interviews with real inhabitants of such sized dwellings, speaking about the ways they cope and the problems associated with these micro homes.

Looking to sit down and quietly absorb some thoughtful debate while you’re at the fair? You’ll want to drop in on one of four excellent talks within the TALKS x Asia Society series, examining topics such as the healing power of art after conflict; the intricacies of text-based art; queerness in art and more. There are also solo spotlights on the multidisciplinary careers of Indian artist Subodh Gupta and UK-based Iranian artist Shirazeh Houshiary, so be sure to plan ahead for sessions you don’t want to miss.

Other fascinating pieces you won’t want to miss include Swarovski’s collaboration with Dutch designer Marjan Van Aubel. Presenting a unique installation each year at Art Central, this year the partnered piece features three crystal objects that not only look ethereal, but they also make solar cells more efficient by manipulating more sunlight into the panels just by the unique way they’re cut. Inspired by the shape of an ancient device to measure the colour of the sky — a Cyanometer — Van Aubel brings the sky indoors with three stunning blue hoops powered by the panels. After a long day of discovering thought-provoking art, you’ll want to re-energise with a few delicious treats available at Art Central. Le Marché by chef Philippe Orrico of On Dining Kitchen & Lounge returns this year as the flagship restaurant at the fair, making for a sophisticated respite during an afternoon of art-gazing. For those seeking more casual bites, head to The Terrace, where you’ll find some of Hong Kong’s hippest food vendors, from Beef & Liberty burgers to Fat Legs’ BBQ Thai favourites. While you’re there, you won’t want to miss out on the MEDIA x MUMM Beach Club for a glass or two of bubbly rosé.