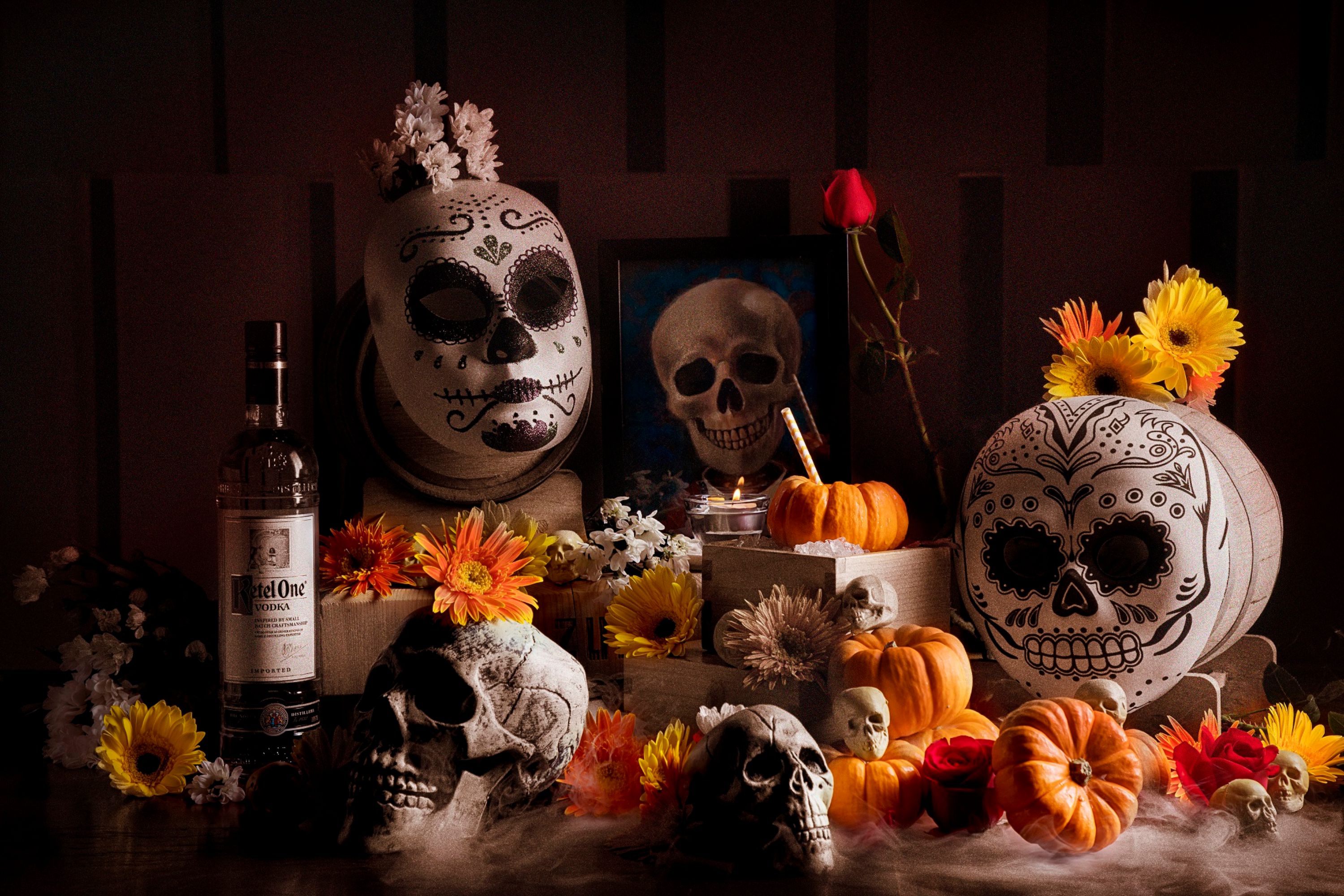 Get spooky and wild at Hong Kong’s best Halloween parties

Halloween weekend in Hong Kong is, some say, the best time to go out all year. Whether you’re a lover of outrageous costumes and creative cocktails, or you simply thrive in the throes of a good crowd, we’ve got you sorted with this list of the best Halloween parties in town. And if you’re looking for a delicious way to fuel the festivities, look no further than our roundup of Halloween eats and specialty drinks. Forget Ghost Ship, this haunted cruise is where it’s at if you’re looking for a last minute weekend getaway and spooky pre-Halloween bash starting this Friday. Aboard the five-star cruise liner Genting Dream, Singapore’s premier nightclub, Zouk, takes over for two nights with guest DJs Big Joe and Karlie. A spooky costumed night isn’t the only highlight: You’ll have the most adventurous weekend out at sea thanks to sunset foam parties at Zouk Beach Club, shots-fuelled UV-bowling matches, karaoke machines, pool tables, and Genting’s six massive water slides whenever you’re not sunning by the pool. 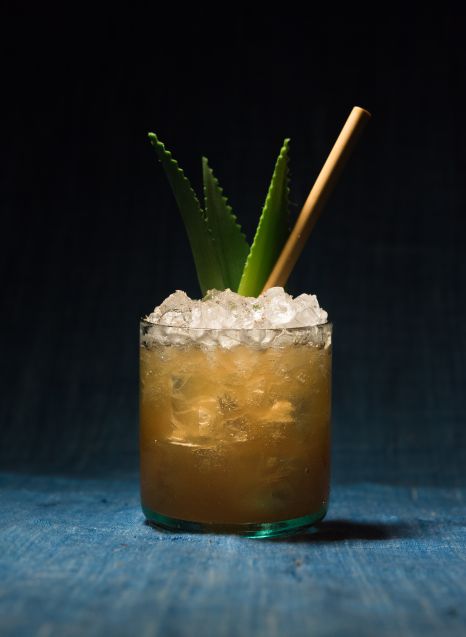 Kick off Halloween weekend strong with an unconventional, synth-infused Friday night. Tropical voodoo vibes may be rife this time of year all over town, but for a little something different, Potato Head’s anchoring its Halloween bash this year in the sounds of Balinese gamelan ensemble music, Italian horror soundtracks and mesmerising dark wave tunes. 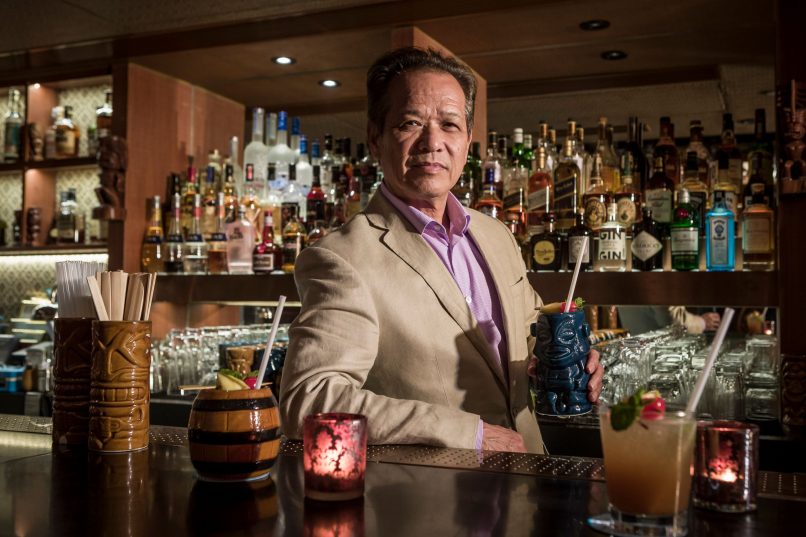 The undead meet the tiki gods this Halloween at Wahtiki Island Lounge, where the pours are fast and drinks are strong. A ticket gets you a choice of two tiki cocktails from the menu, including the classic Zombie if you’re feeling the theme. Book a VIP table for HK$5,000, arrive in costume to get free shots, and a resident makeup artist can add some glow-in-the-dark touches to complete the ultimate tropical neon zombie look.

Blood on the Bayou 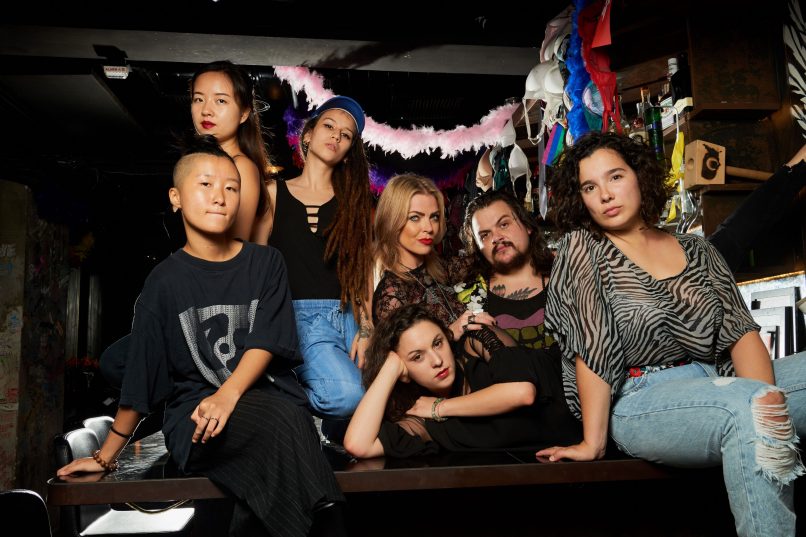 Those who know The Pontiac know they like to raise hell on a regular basis — but for Halloween, they’re celebrating the mysterious world of spells and spiritual conjuring with the ancient Creole legend of Louisiana voodoo queen and priestess Marie Laveau. When doors open at 5pm, The Pontiac will be transformed for a bayou bash with specialty drinks inspired by New Orleans and the creatures that hide in the shadowy swamplands. 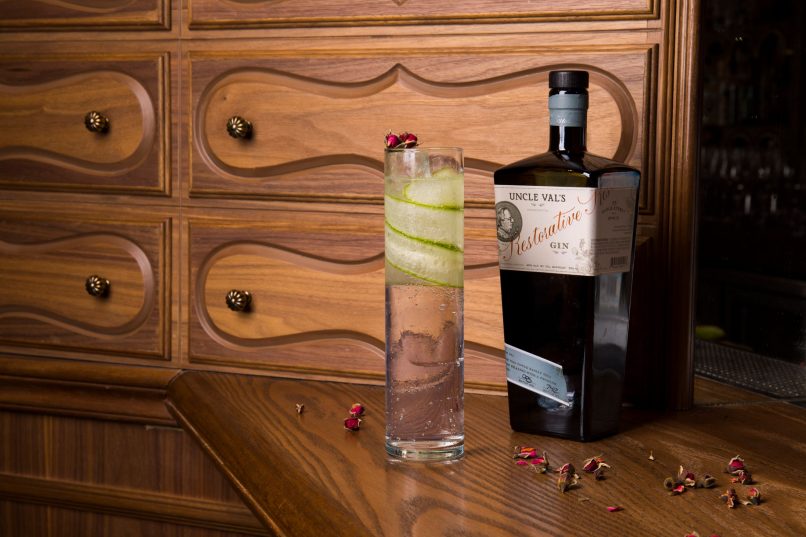 If you’re in dire need of a cure for Halloween Saturday, pick from a selection of 220 infectious gin concoctions at Dr. Fern’s, which will take care of ‘patients’ with its expert team of mad doctors and nurses. Dress the part and get a test tube shot on the house. If you’re looking for chillingly good tunes this Halloween, Hong Kong’s Cliché Records DJs will be spinning up some nu-disco and electro beats for Room One’s fifth annual Halloween party once again. A ticket gets you guaranteed madness — beyond the mad doctor theme at play here — with five hours of free-flow open bar, as well as expert face paint for all the spooky scars, bruises and fake injuries you want to sport.

The Royal Society of Explorers and Anthropologists Annual Masked Ball 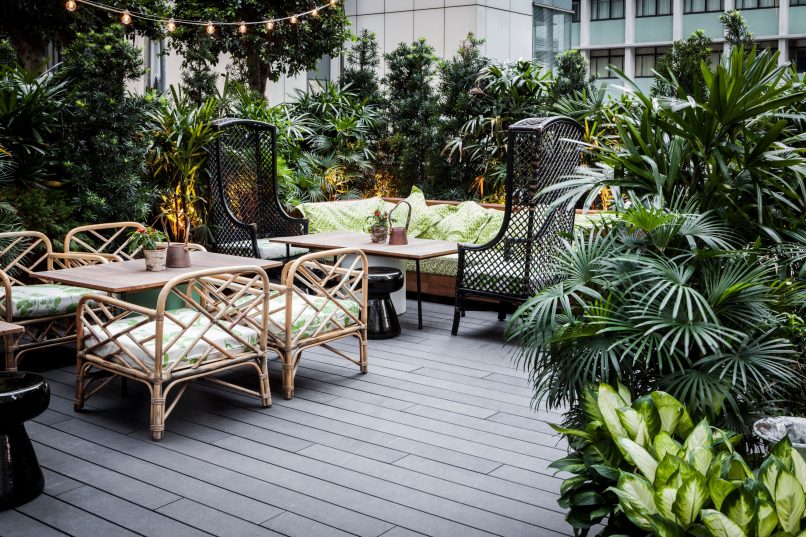 The Halloween masquerades at Duddell’s are a yearly spectacle to behold, each year themed as something exotic, sci-fi and ever-so slightly eerie at the same time. This Halloween, the bar and lounge takes on the aesthetic of a turn-of-the-century anthropology and biology lab — think antique scientific diagrams of human bones, bottled insects, and stories of curious maladies and afflictions. Be sure to channel your best Dr. Frankenstein or Egyptologist Howard Carter.

Price: HK$250 from Ticketflap, HK$300 at the door; email party@duddells.co for table enquiries

A Night of Fire and Ice 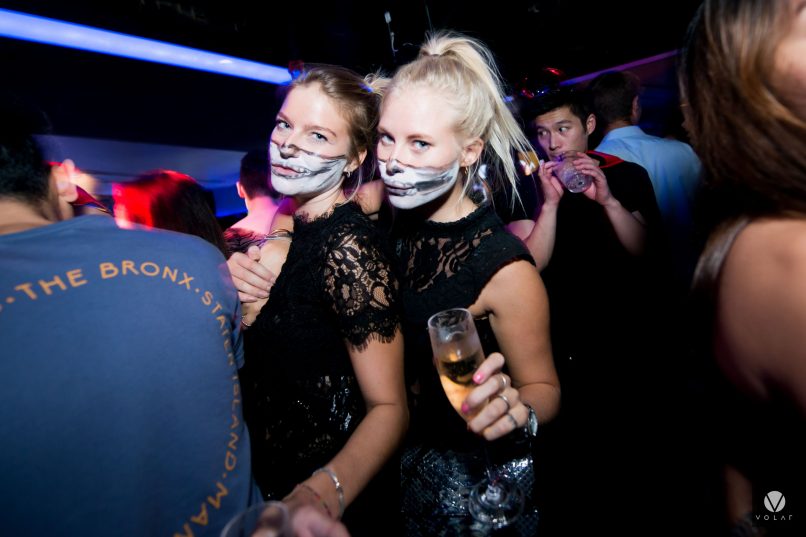 Good news for all the Game of Thrones fans (and inevitable Daenerys costume-wearers out there), there’s a party just for you this Halloween. Head to Volar for the ultimate night of fire and ice: alternate between an icy blue ‘Crystal’ room and a red hot ‘Nest’ room to keep you dancing ‘til dawn. Dragons not included.

Dead Not Alive party at Armani/Privé 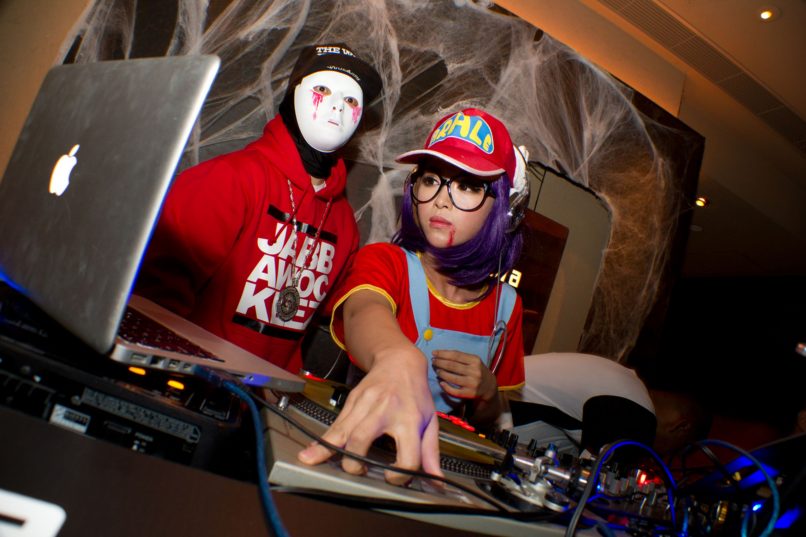 An oldie but a goodie: This annual Halloween institution celebrates its 10th instalment with an all-star DJ lineup: from Re:Flex, lady duo TNL, Sukixx, Kavemura, Simtub and also special DJ sets by members of 24Herbs Phat and Kit (former members of LMF), Ghost Style and Spyzi Trix. With three different areas — Armani/Privé, Armani Terrace and Armani/Aqua — each will be spinning different tunes. As always, costumes are mandatory. 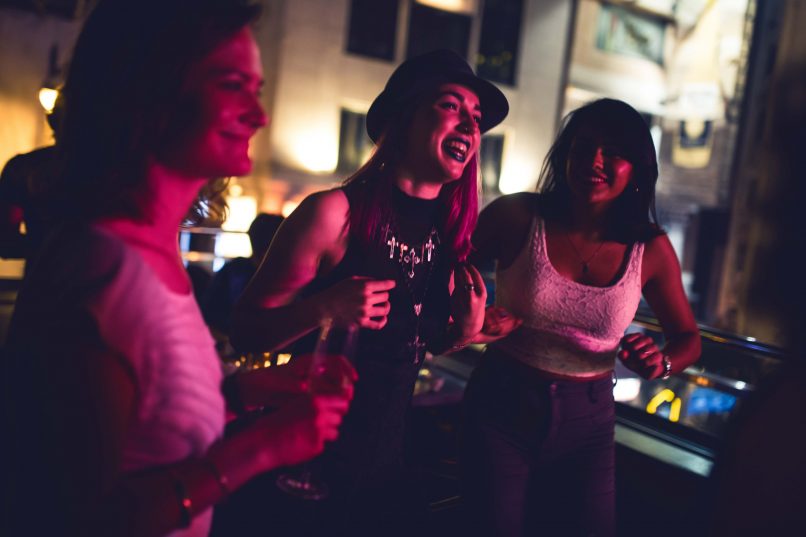 Embody your best Pennywise the clown, the girls from The Shining, and other spine-chilling beasts and freaks of nature at this party right in the heart of LKF. HK$350 gets you a free-flow package from 11pm–1am of wines, beer, spirits and prosecco, as well as a secret deadly cocktail from head mixologist Edgar Santillan. For those going on strong after 1am, drinks are at just HK$60 each. Don’t forget to coordinate with your partner in crime: the best-dressed evil twins on the night will get a prize.

The Return of the Zombie Prom 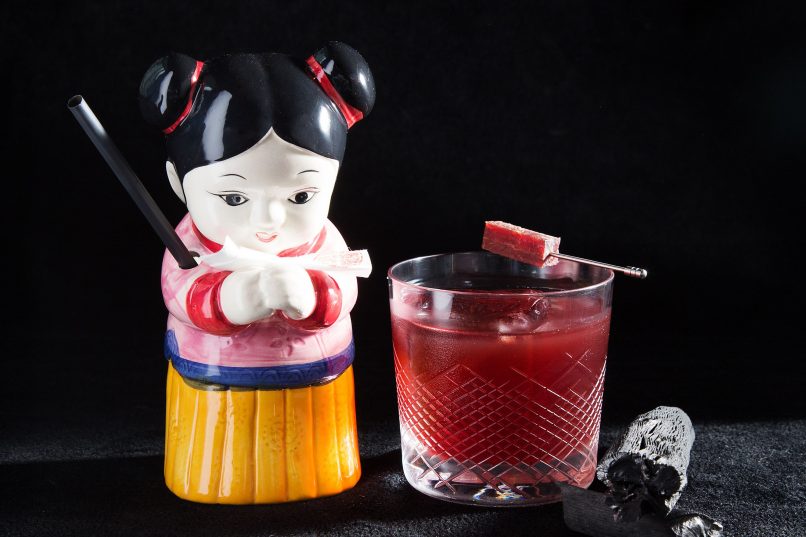 Channel your best zombie look in tulle or tuxe to get crowned prom King or Queen at Fang Fang’s Zombie Prom, and win HK$2,000 each to spend at the restaurant. DJ Mistrezz C will be on the decks, with José Castillo playing live saxophone.

Price: HK$200–$750 for package of four at Fatsoma; tickets include admission, a drink per person, and complimentary snacks at 1am; table bookings start at HK$4,888 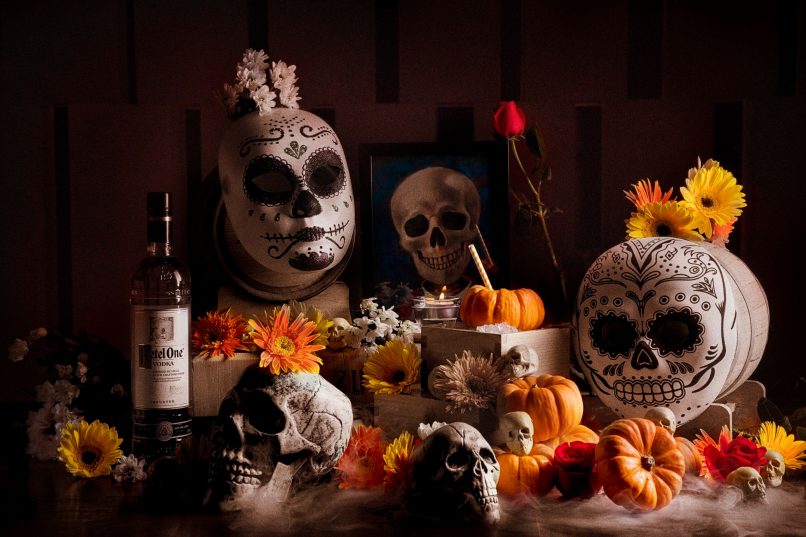 For Halloween weekend, Zuma’s ‘night brunch’ party takes on a spooky twist inspired by the Day of the Dead, as the regular package is followed by a DJ performance by Adrien Callier of Zuma Dubai and live musicians — perfect to dance off a dinner of plentiful Japanese sharing plates, sake and Champagne. On All Hallow’s Eve proper, Zuma will be bringing out the Veuve Clicquot to celebrate Yelloween, plus free-flow cocktails, wines and sake. Masks and make-up artists on-site will be there to glam up your costumes, while DJ Adrien Callier and DJ-violinist Olivia Dawn will be there to provide live entertainment.

Price: HK$425–$480 in advance, HK$550 at the door; reserve tickets and table packages at info@zumarestaurant.com.hk