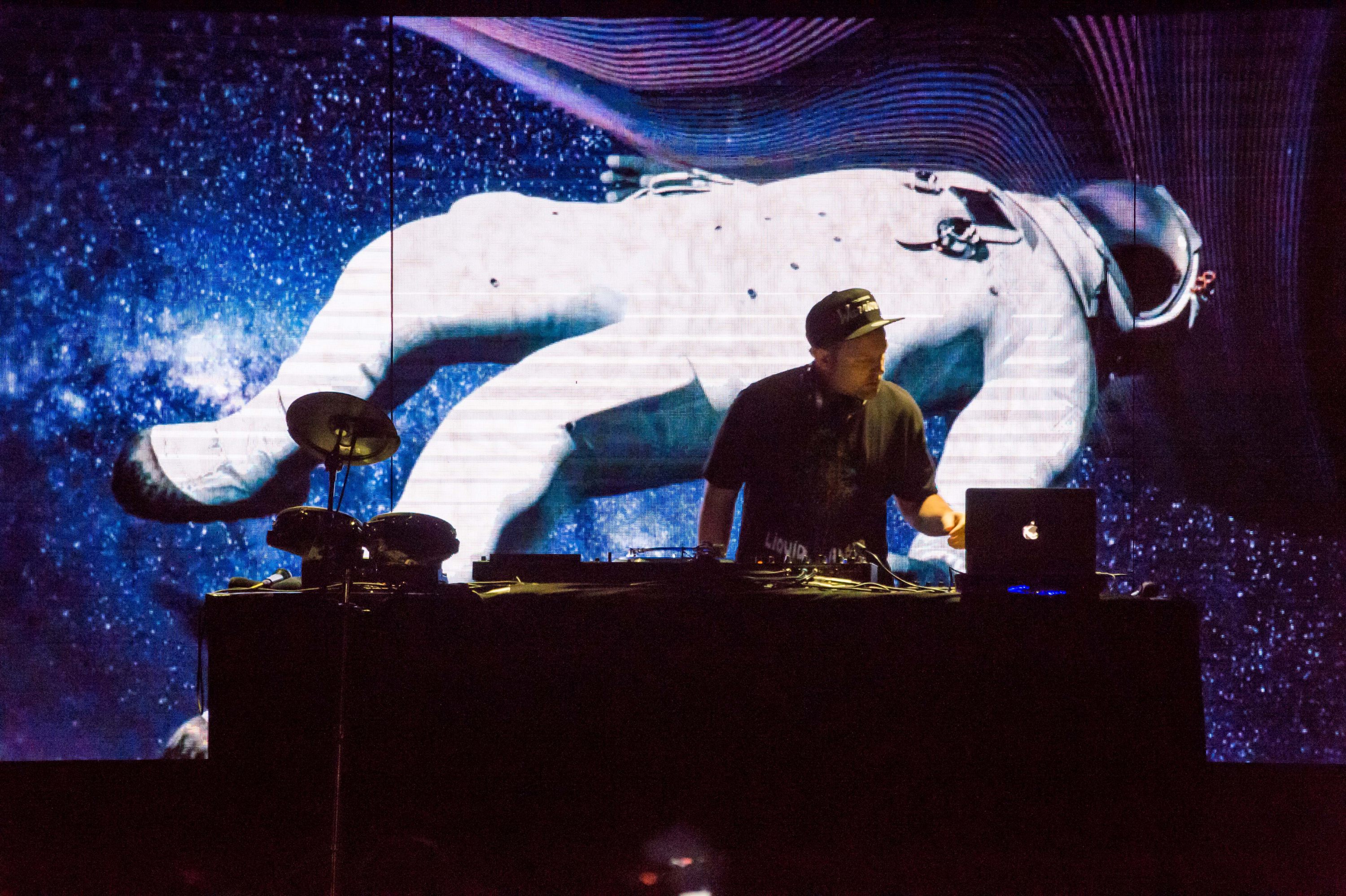 Culture
What to do in Hong Kong: 15–31 March 2018
Share this article
Next article

It’s officially Hong Kong’s long-awaited Art Month: here are the best art fairs, film festivals, concerts, and dining festivals that we’ve been waiting for all year. Pace yourselves, and remember to enjoy every moment of it.

Hong Kong Science Park is set to be pulsing with light and heavy beats once again this weekend as Barcelona’s legendary electronic music festival returns for its Hong Kong outpost’s second edition. This year, a total of 41 cutting-edge international artists round out the bill, with 11 acts coming to Hong Kong for the very first time. From electronic pioneer Squarepusher and DJ-slash-neuroscientist Floating Points to London grime MC Ms Banks to American tech-house sensation The Black Madonna, there’s going to be something for everyone. And if you need a break from the dance floor, you’ll want to head to the Sónar+D creative tech programme, featuring a slew of attractions: from workshops and talks to prototype demos and virtual reality experiences.

Alongside it being the month with the most exciting visual art, we’re also treated with the best fortnight of film in Hong Kong, with the 42nd Hong Kong International Film Festival. This year the festival opens with “Omotenashi” (the virtue of Japanese hospitality) — the international premiere of the HAF financed project and the feature debut by Taiwanese American director Jay Chern — all about a Kyoto ryokan which gets acquired by the innkeeper’s Taiwanese former lover. The festival also showcases cinematic gems that just won awards at the Berlin International Film Festival, including “Mug,” a dark comedy by Polish director Małgorzata Szumowska; “Dovlatov” a tribute to the Soviet dissident writer; and winners of the prestigious FIPRESCI Prizes “River’s Edge” and “An Elephant Sitting Still.”

On the innovative front, you’ll want to see what filmmaker Sean Baker (behind 2012’s “Starlet,” shot entirely on smartphones) has up his sleeve, as well as make time for “The Deserted” — Taiwanese master Tsai Ming-liang’s first VR feature work.

Don’t miss spotlights on Chinese actress Brigitte Lin Ching-hsia, the retrospective and first festival visit of celebrated filmmaker Werner Herzog, and works by Argentine director Lucrecia Martel. After screening 232 films from across 60 countries, the festival closes with “What a Wonderful family! 3: My Wife, My Life,” the latest comedy instalment by Yamada Yoji. See the full programme here.

It’s been 15 years since the loss of two of Hong Kong’s greatest stars, Leslie Cheung and Anita Mui, and luckily for those missing the onscreen chemistry of these two friends and luminaries, the Hong Kong Film Archive is presenting 37 of their classic films throughout March and April. Opening on 27 March is “Rouge” (1988), pairing Cheung and Mui in a romance between a famous courtesan and a wealthy playboy in the 1930s. Other highlights include “Days of Being Wild” (1990), which won Cheung Best Actor at the Hong Kong Film Awards; “Farewell My Concubine” (1993), which won the Palme d’Or at the Cannes Film Festival — the only Chinese film to ever do so; as well as “Happy Together” (1997), which follows the tortured homosexual romance between Cheung and Tony Leung Chiu-wai. See the full programme here.

The GREAT Festival of Innovation

Part of the UK’s global GREAT Britain campaign, the GREAT Festival of Innovation is a four-day extravaganza of thought-provoking keynotes, masterclasses, showcases and performances all on how the greatest minds in Hong Kong and UK are helping to build a better future through tech and creativity. For those interested in AI technologies, you won’t want to miss out on the talks and opportunities for networking. Check out the full programme here. Registration necessary.

After all the important ideas are said and discussed, there’s no better way to celebrate than with a few classic British dishes. Partnering with 18 British restaurants in Hong Kong with names ranging from Timothy Oulton’s Gough’s on Gough to the brand new Steak on Elgin, the Food is GREAT campaign brings special tasting menus sourcing produce from respected family farms across the UK, available from 21 March to 2 April. There’s also an opportunity to win a round-trip ticket to the UK with British Airways. See details and the full restaurant lineup here.

Food & Drink
Review: Gough’s on Gough is a design and food lover’s paradise

Amazing food is always around the corner in Hong Kong, and at the annual Taste of Hong Kong presented by Standard Chartered, you’ll be so spoiled for choice you won’t know where to start. Alongside returning culinary heavyweights such as Duddell’s and Yardbird, 75% of the lineup is new this year, with particular representation of neighbourhood gems and the most talked-about restaurants in Hong Kong of late, such as Frantzén’s Kitchen, BlackSalt, New Punjab Club, and Haku. For the first time, the festival is also bringing two international pop-ups: gourmet hot dogs and champagne by way of London’s Bubbledogs, and gorgeous pastries from Sydney’s Black Star Pastry. See the full details here.

Price: HK$250 for two from online; admits one only if purchased at the door

The biannual Asia Contemporary Art Show is the longest running art fair in Hong Kong’s rapidly expanding art scene, loved by those who admire and collect smaller works suited for the more compact homes in Asia. This year for its Spring edition, the reigning hotel art fair is expected to bring works by art world giants as well as promising talents, from Ai Weiwei to the Luo Brothers; Emma Hack to Jean-Marc Peyer. Be sure to make it to HK Liquor Store Art Night on the 24th to sip on special cocktails, take part in a whiskey tasting, and check out the Artist Dialogues sector — featuring 20 global artists bringing their own solo or group artist-led presentations. 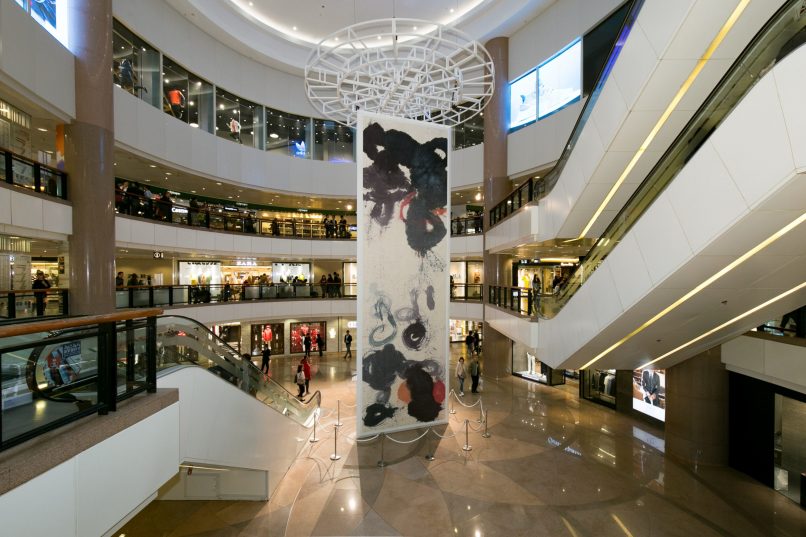 As we celebrate art this month, it’s not just the art fair giants along the Hong Kong Island harbourfront that are taking the spotlight — there’s art happening all around the city as well. Just a ferry hop away is the second iteration of the Harbour Art Fair, which brings 50 emerging galleries — with a particular spotlight on Korean art — to Hong Kong. Art tours and special activities round out a fair schedule within the Marco Polo Hongkong Hotel, while at Harbour City, three celebrated Korean artists will showcase their installation works throughout the public space. 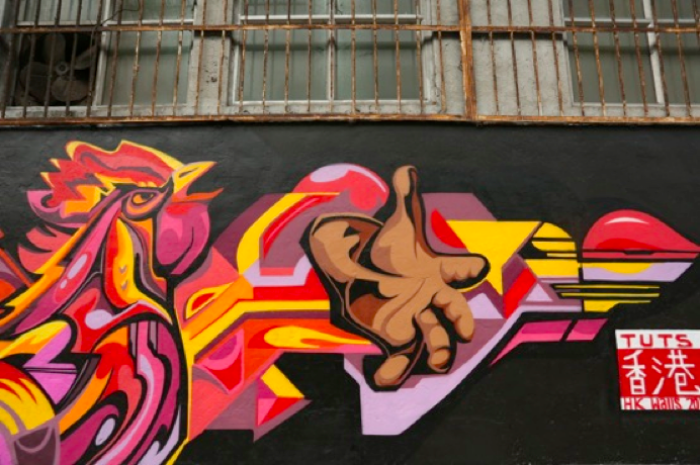 With continued support from Vans, Hong Kong’s proud street art festival returns once again for the third year to enlist some of the world’s most dynamic mural artists to splash some colour onto Hong Kong’s bare walls. The festival this year takes place all across Central and Western district, and each day you’ll be able to witness incredible works of art coming into fruition. The event culminates in a roving Art Crawl closing party on 31 March, with live DJ sets curated by Fauve Radio and free drinks from Young Master Ales. The party will start at 12pm at Sai Ying Pun’s new Burger Joys, moving locations every three hours before ending at the HKWalls 2018 Festival Hub (2/F, Hilltop Plaza, 49–51 Hollywood Road, Central). Follow the mural locations and this year’s artists here.

Making quite a name for itself as a purveyor of progressive art in the four years it’s been staged, Art Central will take over the Central harbourfront once again this March with no doubt an even more boundary-pushing lineup — building on the political performances and innovative installations of the past year. With a lineup of 102 international galleries and 30 new admits this year, 75% are from the Asia-Pacific, with a programme ranging from venerated Japanese Gutai movement works and famous sculptures by Damien Hirst to vibrant textile pieces, mind-bending installations, as well as solo shows of museum-quality work. See further details here.

The big kahuna of Hong Kong art month: the sixth iteration of Art Basel Hong Kong promises Hong Kong’s most breathtaking weekend for art lovers — if not for the quality of art, then surely for the sheer magnitude of the festival that descends on the city. With a lineup of 249 leading galleries from across 32 countries, 28 are first-time exhibitors and half of those have spaces in the Asia-Pacific region. The art to be presented is as eclectic as ever, with pieces such as a performance based on human-sized cutlery and plates by Chou Yu-cheng, to the heaviest work the fair has seen yet — a 2-ton sculpture by Jeff Koons — as well as new media works such as a 3D film by Sun Xun and Timur Si-Qin’s VR piece “Depolarisation.” There’s something for everyone: whether you enjoy gorgeous or gritty art, or are even just there for the champagne. More details here. 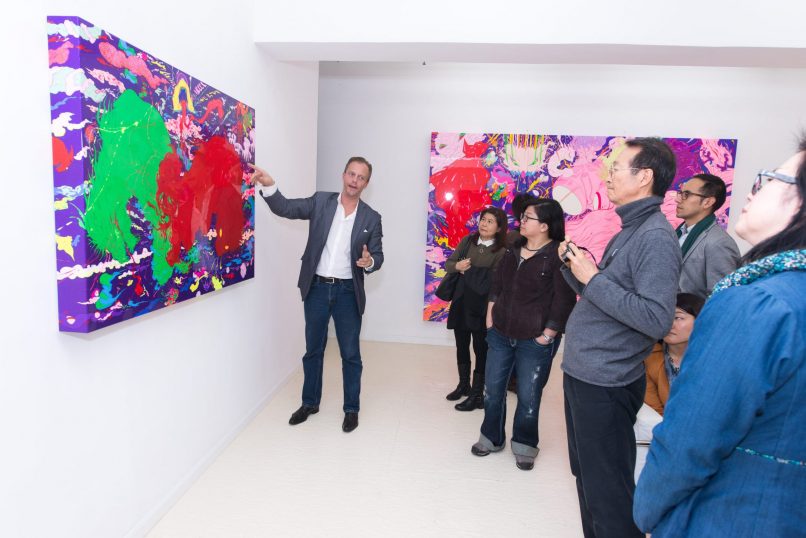 Organised each year by the South Island Cultural District, the South Island Art Day is always a fantastic opportunity to explore the galleries tucked within the Southside’s many industrial buildings. Make sure to mark your calendar for highlights such as legendary Magnum photographer Antoine d’Agata’s solo show at Charbon Art Space, and Blindspot Gallery’s solo exhibition of Jiang Zhi’s latest painting and photography — but of course, each of the 17 participating spaces are equally worth your time. Free guided tours are available by reservation at contact@sicd.com.hk, or on-site on the day. See details here.