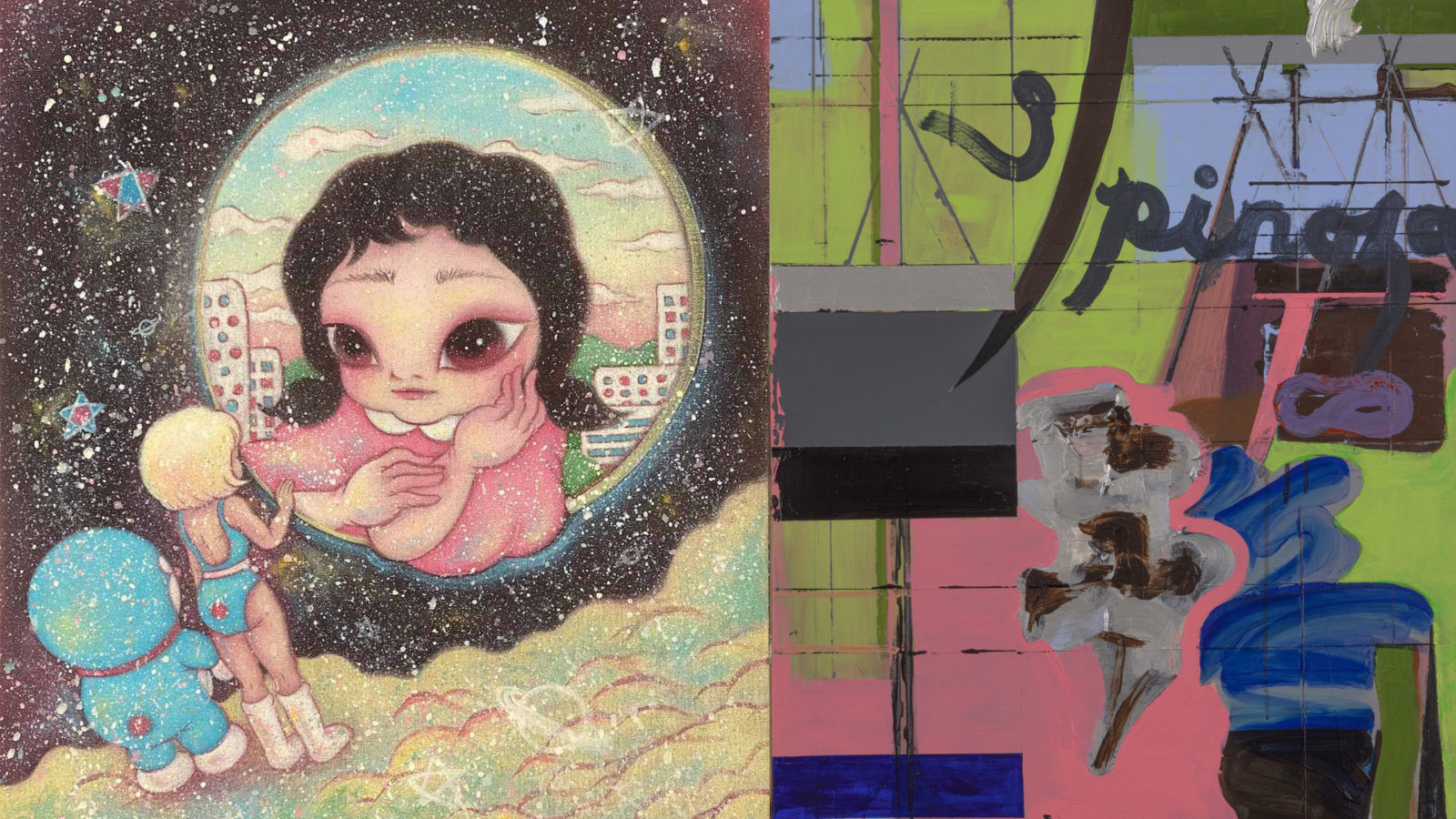 This year’s fair is putting the spotlight on local Hong Kong artists. Here are 10 not to miss.

One of the best parts of visiting art fairs is discovering new talent and rediscovering old favourites, and that statement certainly rings true for Art Central. Returning to Hong Kong for its seventh edition from Thursday 26 May to Sunday 29 May 2022 at the Hong Kong Convention and Exhibition Centre, this year’s fair is putting the focus on local artists, new and established.

From veterans like Chow Chun Fai to post-’90s artist Giraffe Leung, this year’s roster of Hong Kong creatives is set to impress. Here are 10 local artists to check out at Art Central 2022.

Born in 1980 in Hong Kong, Chow Chun Fai graduated with a BFA and MFA from the Chinese University of Hong Kong and currently teaches painting at the institution. Separate from his job as a contemporary artist, Chow is also a recognised activist and the chairman of Fotanian Artist Village. In 2012, he ran for a cultural post in the Hong Kong Legislative Council Election.

Chow’s art often depicts scenes in the city from the perspective of a Hongkonger, as seen in his “Hong Kong Taxi” and “Hong Kong Street” series. His most recent body of works, “Painting on Movies”, features cutscenes and their matching subtitles from famous Hong Kong movies and international films. Through capturing a wide variety of movie scenes, Chow illustrates the increasing social tension felt by the public since the handover of Hong Kong in 1997.

A Hong Kong-based artist who studied at the University of West London and Camberwell College of Arts in London, Go Hung is known for his sculptural works made of cardboard and other discarded materials. His finished pieces are then ‘littered’ back onto the streets for public viewing, as a metaphor for the wasteful consumerist culture today.

In addition to his cardboard sculptures, Go’s iconic creations also include his “goodmorning” handtowels, which are made of recycled papier-mache and left in the back alleys of residential communities. In certain cases, these towels contain a painted message for passersby.

Using porcelain as her medium of expression, Sara Tse is a Hong Kong visual artist whose crafted works often examine the theme of fragility in everyday experiences. Instead of tackling the art of ceramics traditionally, Tse challenges conventional concepts and transforms common objects into porcelain and clay, in works that elicit unconscious memories from childhood to motherhood, as well as from the past to the future. In addition to her title as an artist, she is also the chairperson of the Hong Kong Ceramics Association.

New York-based Hong Kong artist Bing Lee is known for his “Pictodiary” project launched in 1983, an iconographic journal that he continues to work on to this day. Using signs, lines and colours, Lee expresses his personal beliefs and social concerns in a reservoir of pictorial codes, akin to cave paintings or encrypted language in computer coding.

A graduate of the Hong Kong Polytechnic University, Afa Annfa is recognised for her surreal depictions of female figures that appear to be fictional and exist in an atmospheric environment. Her art style is inspired by Japanese Ukiyo-e and irregular comics, and she often incorporates images adapted from popular culture into her works. More often than not, Afa Annfa’s art is themed around the distance between people and our longing for each other, with hints of feminism sprinkled throughout.

b.wing, who holds a degree from Middlesex University, UK, and experience in fashion photography, began her career as a full-time artist in 2003. She is best known for her signature character and artistic agent A-boy, a forever seven-year-old with a pair of rabbit ears and dark circles underneath his eyes. Through depictions of A-boy, b.wing showcases her inner emotions infused with her imagination and creativity.

Hong Kong post-’90s artist Giraffe Leung is a graduate of the Fine Arts programme at the Chinese University of Hong Kong. Having grown up in the city, Leung’s works reflect his identity as a local and delve into the shared history and collective memories of Hong Kong people, as well as social changes and urban developments of the city. His art often features materials that were once highly valuable to Hongkongers, but have lost their worth with time. This is seen in one of his earliest collections, “Coins — Memories of Hong Kong”, where he uses Hong Kong 20 cent, 10 cent and one dollar coins to illustrate scenes of Hong Kong public transport.

Local born and based artist Wong Sze Wai focuses on the relationship between memory and imagination in her art. Taking inspiration from ancient Chinese murals in Dunhuang Cave, as well as those from medieval times in Eastern Europe, and combining them with techniques like multi-layering and repeated washing out, Wong has developed a style unique to her own. Her recent works depict ruins and abandoned places that recall traces of human activity, which the artist likens to recalling memories inside our heads.

A prominent figure in the Hong Kong contemporary art scene since the 1990s, Kurt Chan has presented at over 80 exhibitions throughout his career as an artist, with his most recent being “Sky Rains Grain” at Contemporary by Angela Li. His credentials also include his 27-year term as a fine art teacher at the Chinese University of Hong Kong and a stint as the Acting Director of Hong Kong Art School. In his latest works, the mixed media artist fuses the ideologies in Chinese calligraphy with the style of cold abstraction to deconstruct the structure of Chinese characters.

Local artist Chan Wai Lap graduated from Birmingham City University in 2011 and has been creating art ever since. His early works centre on his fascination with high school life and classism in the educational system, through the eyes of a generation that grew up in post-colonial Hong Kong. Meanwhile, his current practices focus on his interest in and memories of swimming and public pools in Hong Kong, spaces that he frequented as a child and now uses to consolidate his thoughts as he creates his art.