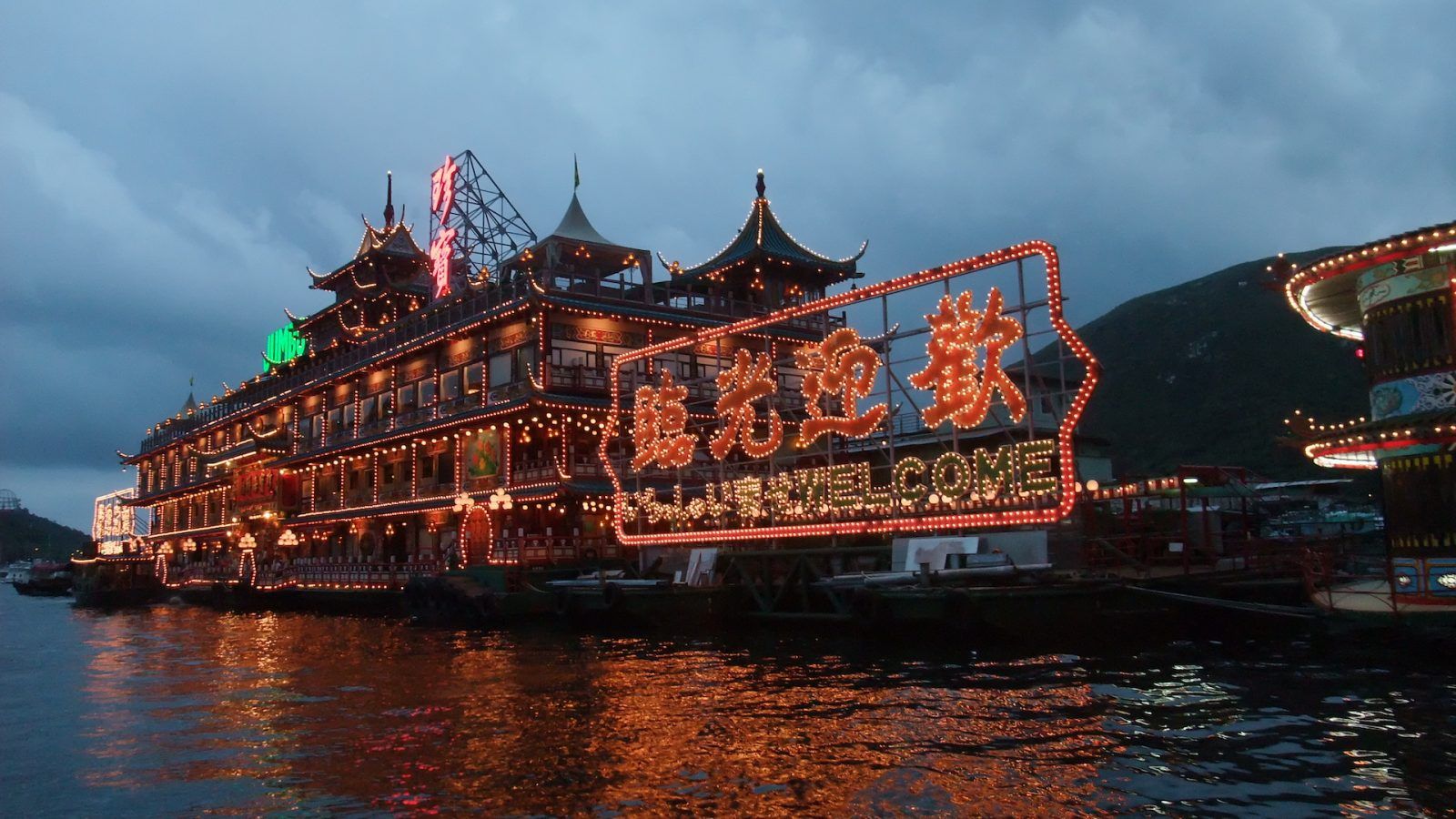 When Jumbo Floating Restaurant, arguably one of Hong Kong’s most iconic dining destinations, was towed away from the Aberdeen South Typhoon Shelter in June, the city was left in a state of shock. Shock then turned into outrage when the restaurant “sank” shortly after being moved to an undisclosed shipyard. It’s still not clear what exactly happened, but whatever went down, I have good news: this month, five illustrators from Hong Kong have come together to commemorate the cultural icon through a digital exhibition.

A Jumbo Story runs from 3 September to 4 October. It is the collective effort of five local artists — Chocolate Rain, Felix Ip, Messy Desk, No Paper Studio and Pen So — who pay homage to Jumbo Floating Restaurant through a set of works created in their own distinctive artistic styles. The goal is to celebrate the legacy of the restaurant and at the same time invoke a sense of nostalgia in Hongkongers.

Some highlights — No Paper Studio finds inspiration from God of Cookery, a film by Stephen Chow that was shot at the restaurant in 1996. Meanwhile, Felix Ip depicts the restaurant as a transforming robot.

Guests who spend HK$300 or above via electronic payment can take a piece of Jumbo Floating Restaurant home in the form of two lanterns featuring the illustrations. If that’s too much, those who spend HK$150 or more can receive a set of postcards of the artists’ work.