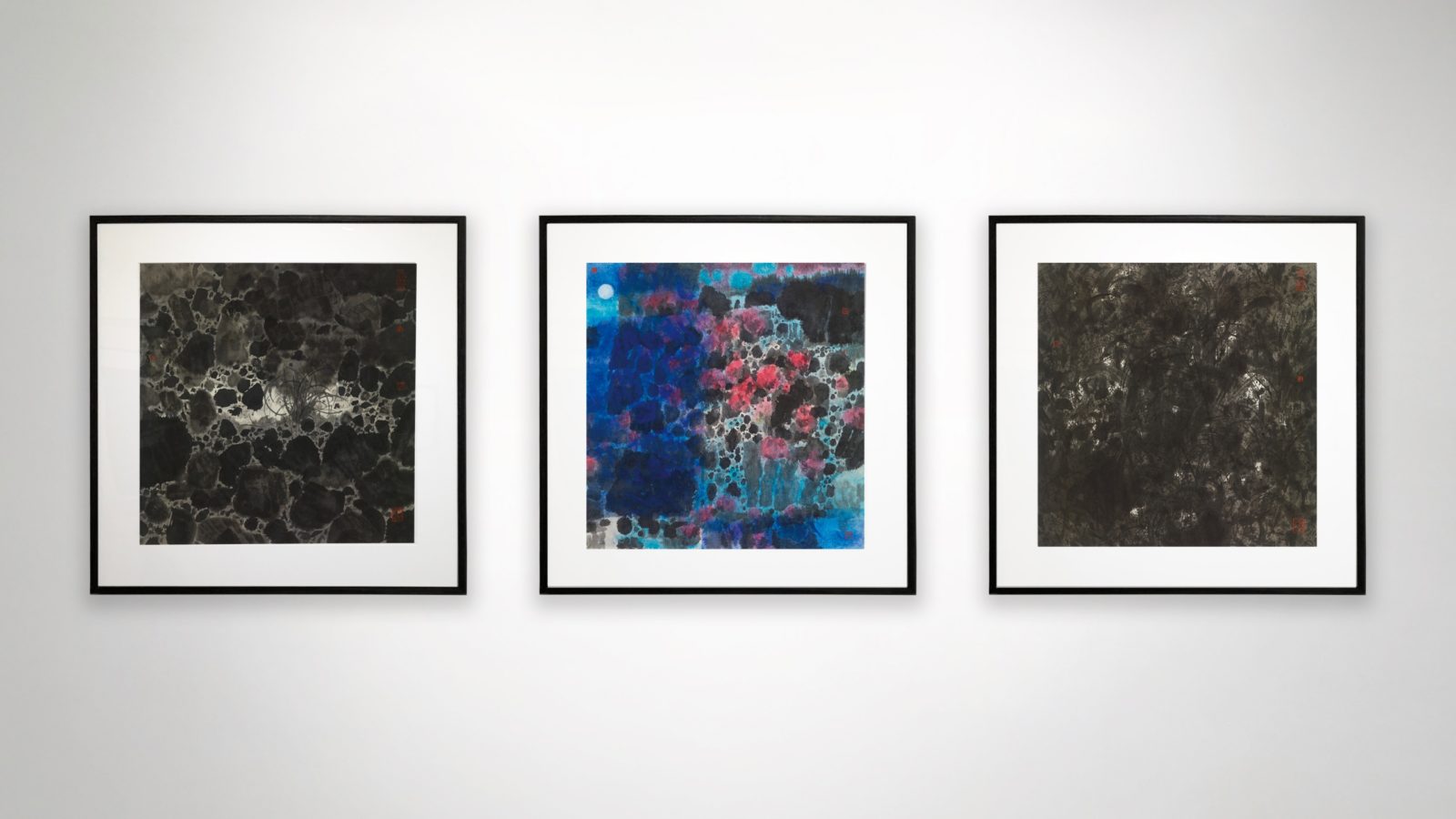 When the Taiwanese writer Gu Yue waxed poetic about Lam’s lotus paintings in his 2014 essay ‘Tian Xing Fantasia,’ the passage started off with the verse “I am the lotus, and the lotus is me” — the perfect representation of how artist Lam Tian Xing said he has come to see his career.

Born in Fujian Province in 1963, Lam grew up near the Lotus Peak (or Lianhua Feng), located in the scenic Wuyi Mountains, best known for being an ancient tea-growing region. You could say the presence of the mountain foreshadowed his artistic career (according to him, it definitely inspired part of it) when he would dedicate more than a decade to studying the plant that is heavily symbolic in Chinese tradition and Buddhist teachings, often seen as a sign of resilience.

In 2019, however, Lam made the decision to switch his focus to the tall, grassy calamus plant (the changpú in Chinese). Sitting in the basement of the Illuminati Fine Art Gallery on Hollywood Road, he recounted what his new exhibition ‘Anthem of Calamus’ at the gallery meant to him.

His paintings, known to be combinations of Eastern and Western painting techniques and styles, have depicted flowers, nature as well as the concrete jungles of modern civilisations. His past inspirations have ranged from classical painters such as Bada Shanren in the Ming Dynasty to Zhou Sicong in the 20th Century. However, he noted that no artist he had seen had focused on the calamus as a key subject like in his ‘Anthem’ series.

For Lam, and as for many Chinese people, the calamus is a symbol of healing. It has long been used in traditional Chinese medicine to remove phlegm and dampness — and particularly blockages in the heart, a belief also shared in Ayurvedic medicine. In ancient Chinese culture, the plant was also seen as an ingredient to promote spiritual enlightenment and longevity.

In western medicine, the root is recognised for its ability to soothe upset stomachs and an assortment of digestive ailments, while modern research has also promoted the use of the species for mental and emotional ailments, such as depression and anxiety.

Describing it as “a sword,” Lam felt it had the ability to bless the people of Hong Kong during difficult times, and, whether as a physical or symbolic salve, it could help fight the pain and frustration found in current society.

From the start of his series in early 2019, the pieces focus on the individual blades of the plant. In some of his paintings, they are depicted in neon orange, cutting through equally vibrant backgrounds, or in black against more monochrome palettes of stormy grey. There appears to be an urgency of purpose with which the plant bursts forward. While painting this series, he noted certain differences in the way he depicted the calamus. He mentioned how in paintings like ‘Admire’ (above), he found himself working the lotus into the background. He had just switched and his old muse was very much still a part of his art.

However, as Lam progressed, he transitioned from figurative and colourful depictions of the calamus plant to more abstract work. This was accompanied by a shift in perspective — zooming in to the micro-details and zooming out to see fields of the plant in an all-encompassing landscape, as seen in ‘Sound of Spring’ below.

“I would observe [the calamus] closely at first, then I would imagine them much further away. So, those brighter yellow spots are actually all calamus — like they are growing. Imagination is also very important in observing my art pieces,” the artist said.

At times, Lam would study different perspectives of the same plant in his art. In ‘Growth (1)’ through ‘Growth (4)’, Lam tried to capture the different angles of the plant itself. Laughing, he compared it to cooking: “With one [ingredient], you can cook it in four different styles to have four different flavours.”

But as the series progressed, his focus became more philosophical. His favourite painting from the series is a perfect example of this. An ink on paper piece done in black and white, ‘Mystic Thought’ represents Lam’s attempt to capture the contrasts in the world around him. For him, it’s the contrast between the East and the West, yin and yang and Asian culture and the modern world.

Lam’s last paintings for the series were completed in 2020, just as the CoViD-19 pandemic hit Hong Kong, which further solidified the emotions he felt as he painted, surrounded by clusters of plants. In Lam’s own words, painting the calamus represents “the fear [of the pandemic], the worry and then also the admiration for life and the — the hope for a brighter future and that everything will get better.”