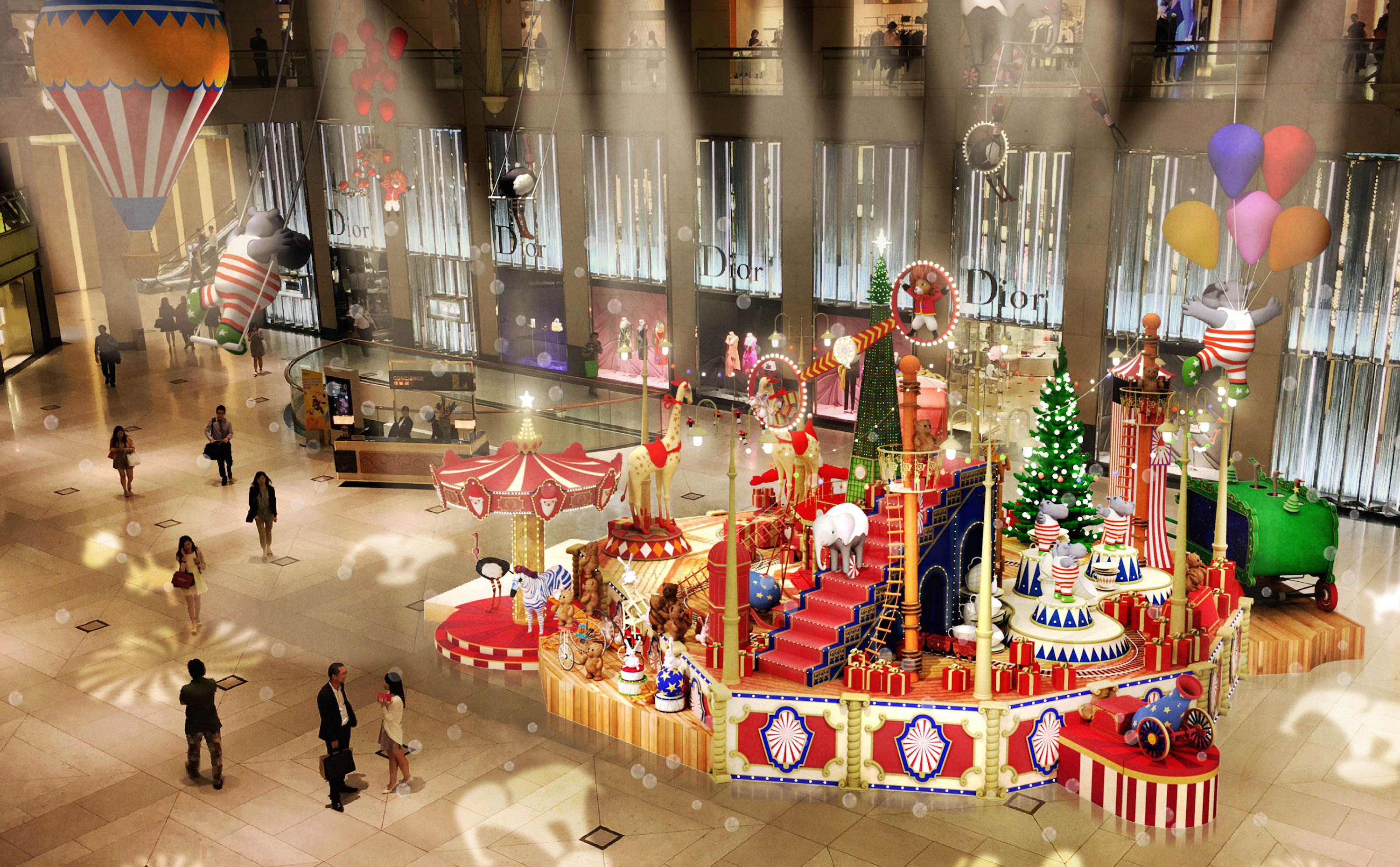 There are holiday decorations, and then there are Hong Kong’s holiday decorations. Every year come December, it seems as if the city’s malls and public spaces hold a competition to see who can put up the most extravagant display, with the installations getting bigger and better every year. If you’re looking for somewhere to get into the spirit of the holidays, look no further than these Christmas displays and decorations around town.

‘The World of Christmas Wonder’ at Landmark 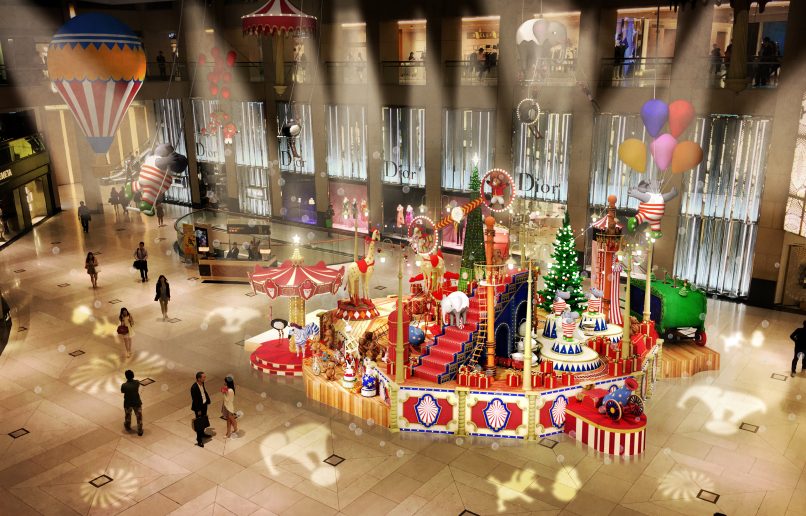 Following the story of Santa Paws, a festive teddy bear character introduced to the city last year, this year Landmark has been transformed into the ultimate circus grounds, with Santa Paws returning as ringmaster. The theme also brings to life the heartwarming animal illustrations by Eric Giriat, who has most recently worked with the nonagenarian fashion icon Iris Apfel for a show in Paris. The fruits of Giriat’s labour? A whimsical installation in nine parts will be displayed at Landmark Atrium and across several Landmark buildings. To bring back the true, charitable sense of Christmas, you can head to the Landmark circus to fill in a ticket into a ‘wish machine’ to receive an inspirational message. Landmark will donate $10 to Make-A-Wish Hong Kong for every ticket received. Tote bags, plush toys and special edition chocolates will also be sold, with proceeds going to the charity.

‘Where Christmas is Made’ at Pacific Place Pacific Place draws from the five senses as inspiration for this year’s Christmas decorations, breaking down the beloved holiday into its most hallmark sensory attributes. At the mall’s central Garden Court is the Sensory Garden, where between clusters of Christmas trees you can spot snowglobe-like miniature scenes created by Hong Kong artist Shannnam; hear the sounds of a crackling fire and sleigh bells; and smell the wonderful aromas of mulled wine and toasted marshmallows.

As for the senses of taste and touch, you’ll find workshops to create bespoke and handmade gifts for your loved ones. There’s a Christmas paper ornament workshop by Swedish stationery makers kikki.K; a Stella Artois pop-up where you can engrave your own holiday chalice and beer bottle set; and a counter where you can create your own festive hot chocolate mix with ingredients by Belgian chocolatier Frederic Blondeel. Personalized gift-wrapping is also available throughout the season for $80 per gift (or complimentary for spending of over $10,000), half of the proceeds of which will go to charity organisation Operation Santa Claus. 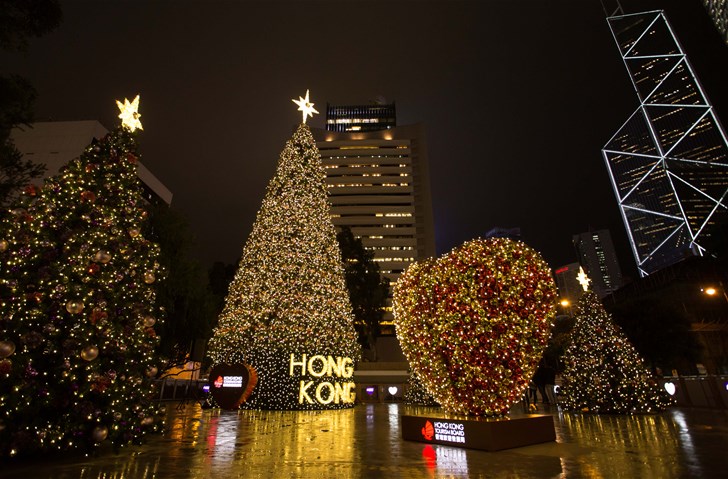 While we have no shortage of amazing indoor Christmas trees on show this time of year, Statue Square’s Christmas Tree towers above the rest, lighting up like a beacon in a forest of skyscrapers in Central. Alongside the Santa visits and caroling (see the schedule here), you can also purchase charity ‘love locks’ ($50 each) to hang on a railing to commemorate a romantic moment during the holidays. It’s all part of the city’s yearly Winterfest celebrations, which extend all the way to New Year’s Eve, and include highlights such as the specially themed Pulse 3D light show, Christmas lights at the Observation Wheel, and more.

‘Christmas Together’ at Harbour City 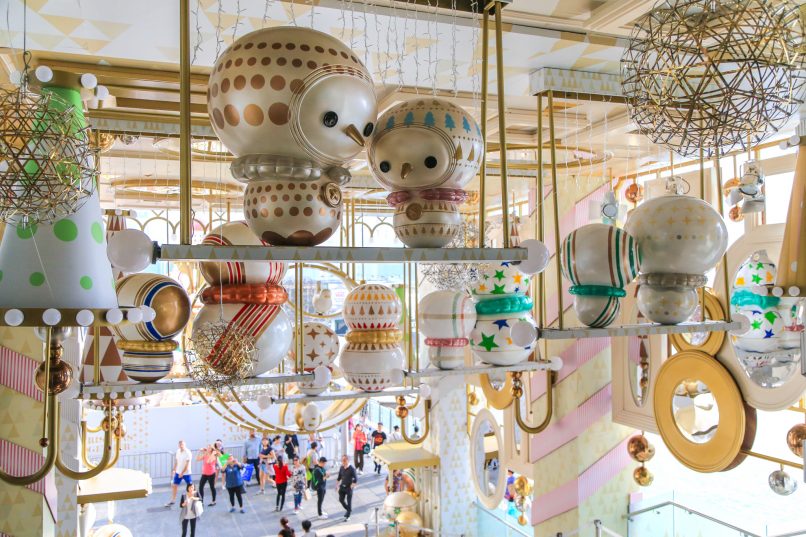 As the largest mall in Hong Kong, Harbour City no doubt brings on the biggest and brightest decorations each year. For 2016, Harbour City is celebrating the 50th anniversary with a theme all about togetherness with all your loved ones, even inviting submissions of old photographs of the mall’s decorations of Christmas past. You may have already noticed the massive hordes of snowmen who have taken over Ocean Terminal’s piazza: 32 different designs of ‘Snowie’ the snowman, including a gigantic 12-metre tall Christmas tree in the centre, made entirely out of Snowies. Inside the mall, you’ll find exhibited designs by Finnish artist Rami Niemi, who hails from the hometown of Father Christmas himself. 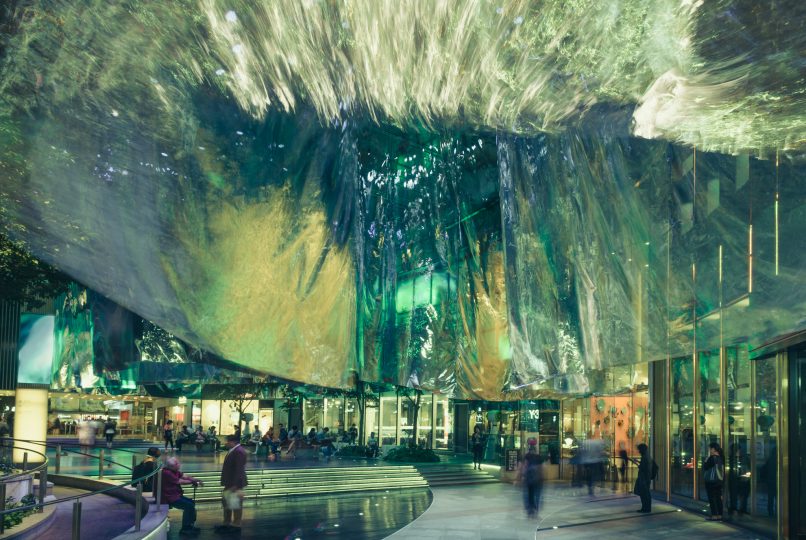 Perpetually surrounded by art, K11’s holiday decorations this year will feature a five-metre installation by celebrated contemporary Chinese artist Song Dong, ‘A World in a Well.’ Using 40 recycled windows and doors with mirrored surfaces, it’s a gorgeous, glittering spectacle. You can walk right into it to experience a never-ending void — according to the artist, it’s a way for people to contemplate their inner world against the outer reality. Outside the mall, an immense Aurora Lights installation will shroud the piazza. Designed by emerging architecture studio SKY YUTAKA, the installation features a 100-metre reflective stream hung up high, and the accompanying light effects will provide a gorgeous, festive ambient glow every evening. Throughout December, there’ll be a string of workshops and film screenings held at K11, which you can sign up for here.

A White Christmas at Times Square Missing snow for the holidays this year? Times Square has got your back: The mall has got its very own snow chamber this Christmas, so Hongkongers can finally put that North Face jacket to some proper use! Inside the chamber, there’ll be a thick blanket of artificial powder snow (which is designed to withstand temperatures as hot as 45 degrees), where you can have a snowball fight, slide down a small hill, and even build your own snowmen.

‘The Polar Resort at IFC Speaking of snow, IFC goes full polar express this Christmas, with a central podium decked out like the North Pole, featuring an adorable playground of animated puffins, polar bears and seals sledding, fishing and frolicking in the lightly drifting snow.

‘Feeling Fantastic this Christmas’ at Elements 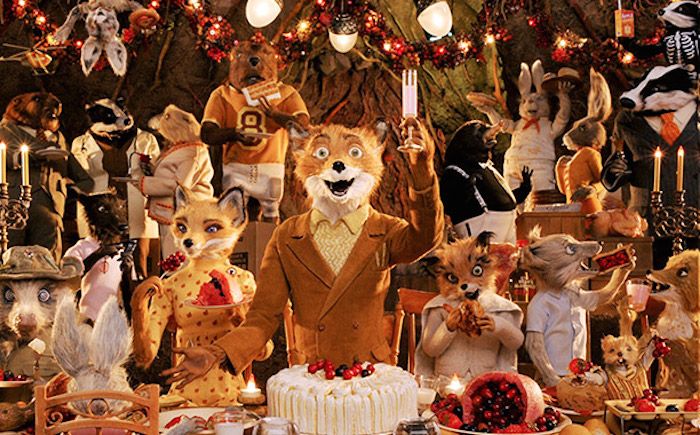 Over in West Kowloon, things take a whimsical turn as Elements gets refashioned in the scenes of Roald Dahl’s beloved children’s story (and Wes Anderson film classic), Fantastic Mr. Fox. The main fixture is based on the iconic Christmas party scene in the film, and with the help of the original puppeteers at British firm Mackinnon & Saunders (who are behind some of the most well-known stop motion films, such as Tim Burton’s Corpse Bride), Mr. Fox fans will get the full treatment, including an exhibition of the original Mr. Fox puppet used in the Oscar-nominated film.

Landmark IFC Pacific Place Christmas christmas in hong kong christmas displays christmas decorations holiday displays hong kong mall displays elements winterfest
Evelyn Lok
Managing Editor
When not trying out the latest beauty and wellness trends, Evelyn is likely enjoying a perfectly balanced negroni or exploring some of Hong Kong's best new places to eat and drink. At Lifestyle Asia she covers everything from the biggest events in town to interviews with Hong Kong specialists, with topics spanning art, food and drink, health, tech, and travel.
Beauty Wellness Events Art Drinks
Sign up for our newsletters to have the latest stories delivered straight to your inbox every week.