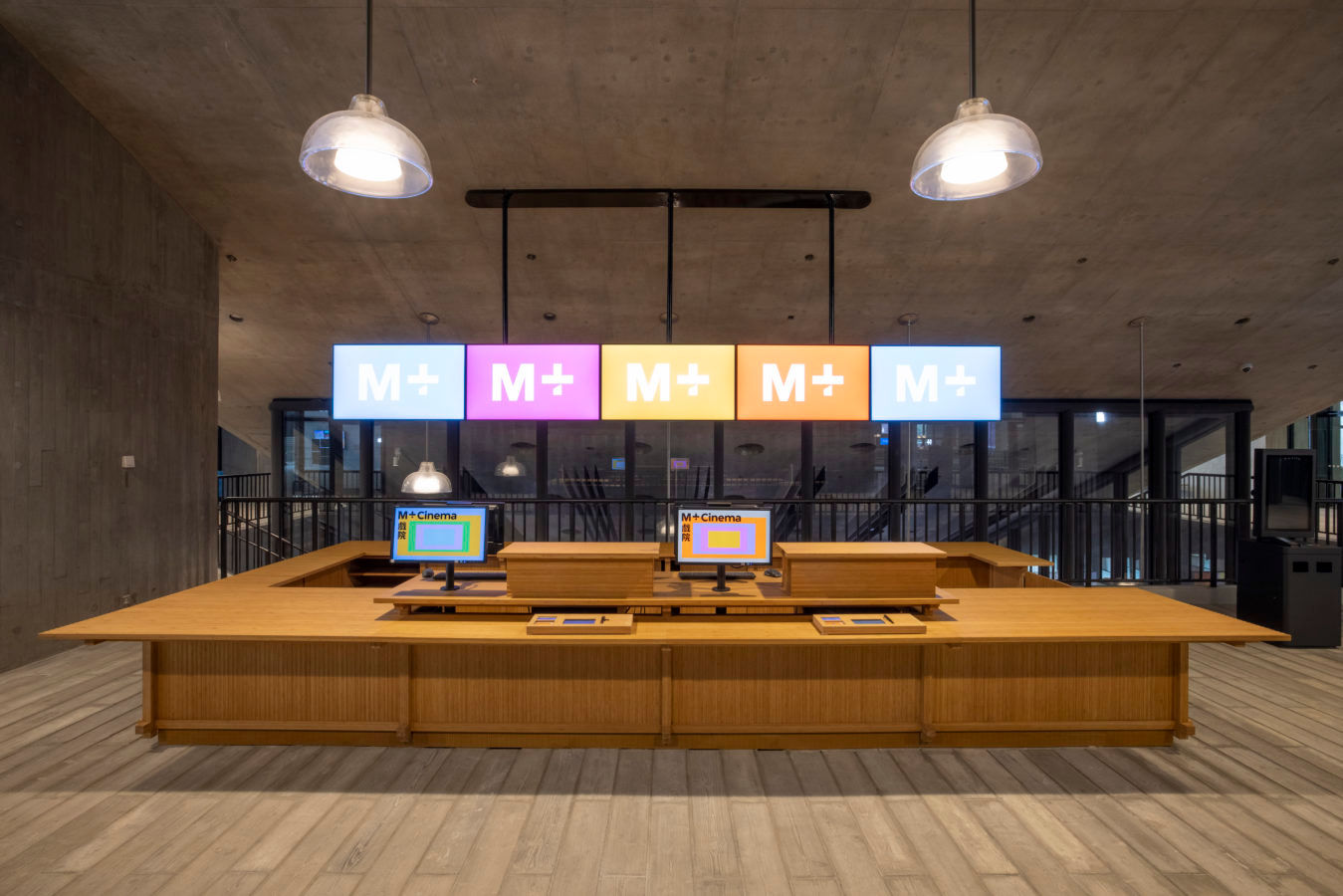 “M+ Cinema will be established as the new cinema destination in Hong Kong and contributes to cultivating a richer cinematic culture in the city and beyond.”

It’s been a long time coming. Half a year after the museum’s initial opening and one rough round of the pandemic later, M+ is finally introducing its M+ Cinema to the public on 8 June.

M+ Cinema joins the M+ Moving Image Centre as an integral part of the museum with three houses of 180 seats, 60 seats and 40 seats. Among the trio of houses, M+ will introduce moving image works including feature films, documentaries, experimental cinema, video art, restored classics, as well as newly discovered or rarely seen films.

Unlike other arthouse theatres in the city, the works down at M+ Cinema are curated within the museum’s original frameworks and resonate with the themes shown in the exhibitions on display. As they are cross-disciplinary in nature, M+ Cinema’s programmes respond to the critical issues of our time, ultimately helping to establish connections between artistic practices and the talents behind them.

Together with the museum’s other spaces, including the M+ Facade, Grand Stair and the Mediatheque, the new theatre adds to the viewing diversity at M+, connecting the audience to moving stories from different parts of the world.

“As a museum of visual culture, moving image is one of the three key disciplines that M+ collects, exhibits and interprets. M+ Cinema will be established as the new cinema destination in Hong Kong and contributes to cultivating a richer cinematic culture in the city and beyond, celebrating all facets of the moving image for cinephiles and new audiences,” says Suhanya Raffel, Museum Director at M+. “I am very excited to share that with the opening of the M+ Cinema, the museum can now bring a more comprehensive visual culture experience to our visitors.”

To give the audience the best viewing experience, the new cinema houses are fitted with cutting-edge technology and designer features. Visitors will get to sink themselves into seats by Italian furniture maker Poltrona Frau in distinct purple, green and blue colour fabrics by Danish design company Kvadrat, whilst they enjoy digital and analogue 16mm and 35mm projection facilities and a Dolby 7.1 sound system.

The inaugural edition at M+ Cinema includes over 70 works and close to 100 screenings from Hong Kong and around the world. From restored classics to art documentaries, here are some highlights on offer:

Paying homage to the city’s illustrious cinematic heritage and iconic urban landscape, this programme is a direct response to the M+ exhibition “Hong Kong: Here and Beyond” in the Main Hall Gallery. Set to launch on 10 June, it is focused on three topics: disappearing landscapes and collective memory; everyday stories of various communities; and a close study of the action films genre.

In a rather ‘meta’ turn of things, six screening programmes look into how social activation and moving image practice are intrinsically connected and how the medium has evolved in accordance with larger societal issues. Emerging filmmakers Shen Xin, Simon Liu and Wong Ping take the audience through the history of international video art in this programme opening on 8 July.

The recurrent Makers and Making series is a compilation of documentaries about visual art, design, architecture, film and performance. Launching every Wednesday evening, with the first documentary debuting on 15 June, each episode focuses on the one of the most well-known creatives of our time and the processes behind their works. The first three films, for example, centre on Japanese photographer Daido Moriyama, Finnish architects Alvar and Aino Aalto and leading American film critic Pauline Kael.

Tickets will go on sale from 20 May. For M+ Patrons, Affiliates and Members, there will be a Members’ Priority Booking period with discount from 17 May to 19 May. To find out more on programmes and ticketing at M+ Cinema, visit the M+ website here.