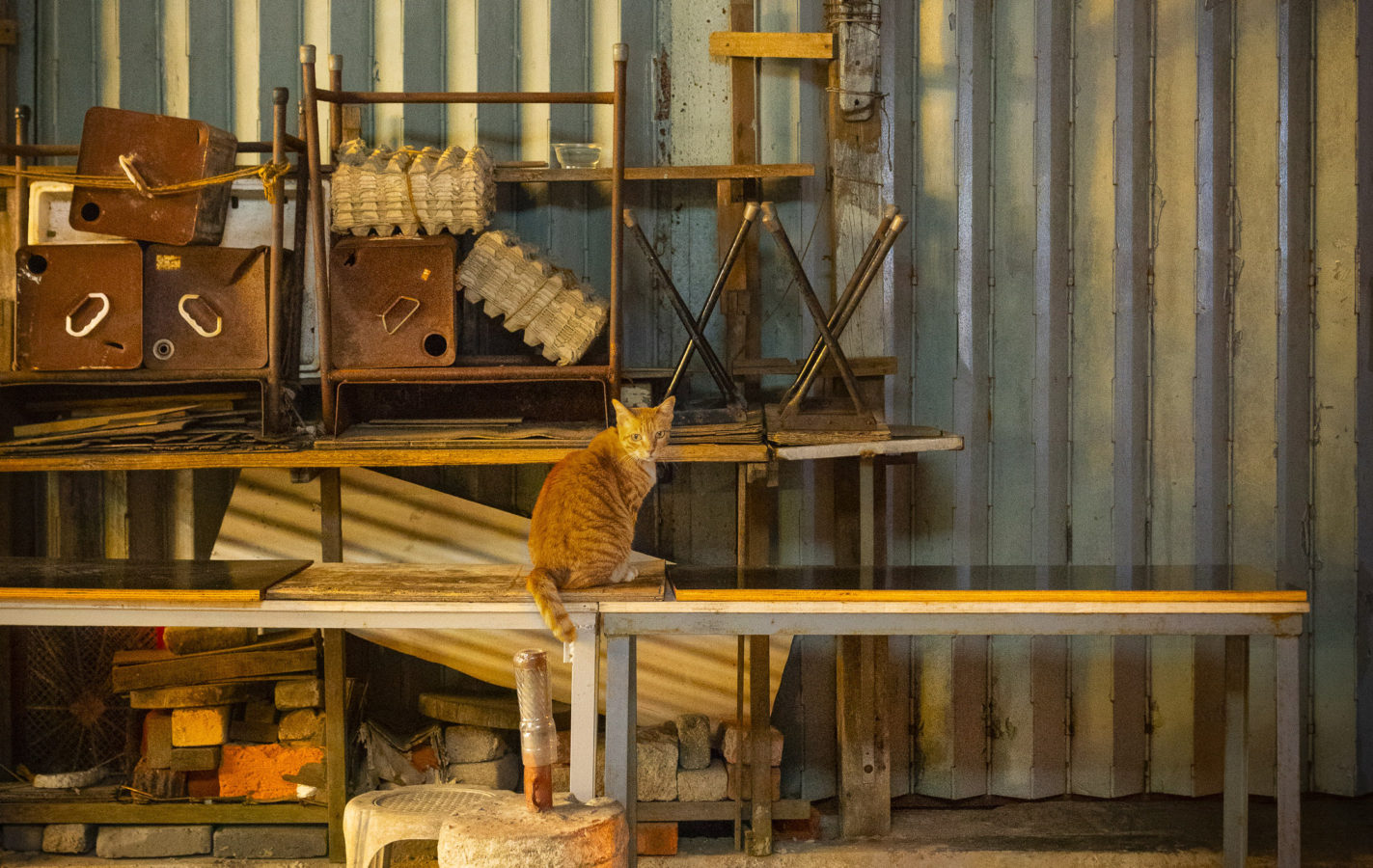 Marcel Heijnen of @ChineseWhiskers talks cats, photography and the launch of his new books

Culture
Marcel Heijnen of @ChineseWhiskers talks cats, photography and the launch of his new books
Share this article
Next article

Serving the two-fold purpose of keeping rodents at bay and enticing customers, shop cats have been the adorable residents of traditional dried seafood retailers across Hong Kong for decades. We sit down with the man behind beloved Instagram account @ChineseWhiskers to talk felines, photography and more. Catch him on 9th October at 4pm in Artyze Gallery for his book signing session.

We squeal when we spot them lounging around atop dried seafood boxes, cooing enthusiastically to attract their attention, and maybe, risking fingers for a few head scritches. I’m referring to shop cats, of course, the little stars of Marcel Heijnen’s popular @ChineseWhiskers photography series.

Heijnen is a man who speaks louder with his art than his words. Apart from his cat photography, he also has a long-running fine art series and is an accomplished musician with a new album Forever For Now out on Spotify and Apple Music.

With new books Shop Cats of Hong Kong and Shop Cats of China fresh off the press, we catch up with Heijnen to learn more about his past, his art, and, of course, our favourite feline companions.

Tell us a bit about your professional background.

I started as graphic designer, first for a large corporation and later running my own studio. My design skills have come in handy for my photography work. Not only is it quite related – the feel for composition, balance, colour and texture – but also for the design of the photo books that I publish and the analytical thinking that you learn during a design career. These skills have been helpful in working as a photographer.

When did you move to Hong Kong and what brought you here?

I moved here first in 1995 and stayed for three years before moving to Singapore. I returned to Hong Kong in 2015.

Was there a specific moment or event that inspired you to compile the first cat photography book?

I moved to Sai Ying Pun in 2015, shortly after the MTR there had opened and the area started gentrifying. I frequented the coffee shop Winston’s, and opposite this was a cat called Dau Ding in a medicine store. He always sat proudly on the counter, and his owners clearly loved him. This was a beautiful scene that I photographed, along with a few other shop cats in the area and posted on Facebook.

People responded enthusiastically to this idea and the thought of making it into a book was born. The book was originally released late 2016 with Dau Ding on the cover. The first edition sold out in two weeks and I ended up printing four more editions of the book.

What did you find most challenging about the process?

Actually, it’s not very challenging at all. Sometimes, I have to make a sound to attract the cats’ attention but shop cats are generally very friendly.

A small challenge would be to capture the moment before it’s gone, therefore, I always carry my camera with me. I shoot a scene relatively quickly, and then it’s about waiting and seeing whether a better moment arises. I also often revisit certain stores.

Tell us about some of your favourite image in the new Hong Kong Shop Cats book.

The black cat is probably my favourite image and quite magical in the way it happened. This was a store in Sham Shui Po stocking the cable binders for bamboo scaffolding. This black cat was nowhere to be see when I passed by, but a brown cat was sleeping on the stack of black binders. Now, I don’t really like photographing sleeping cats so I waited around to see whether this cat would wake up. After a few minutes this black cat appeared from the back of the store, jumped onto the stack of binders and posed for me.

With the benefit of hindsight, what’s one piece of advice you wish you’d been given at the beginning of this photography journey?

Think in series, not single images. Find your own voice.

Where can we purchase the books in Hong Kong?

I have a running exhibition at Artyze Gallery on 32 Tai Ping Shan Street, where my prints and books are being sold. Other than that, G.O.D. also stocks my books and calendars, as do most of the Bookazine stores.

Next Saturday on October 9th, I will be doing a signing session at 4pm at Artyze Gallery.