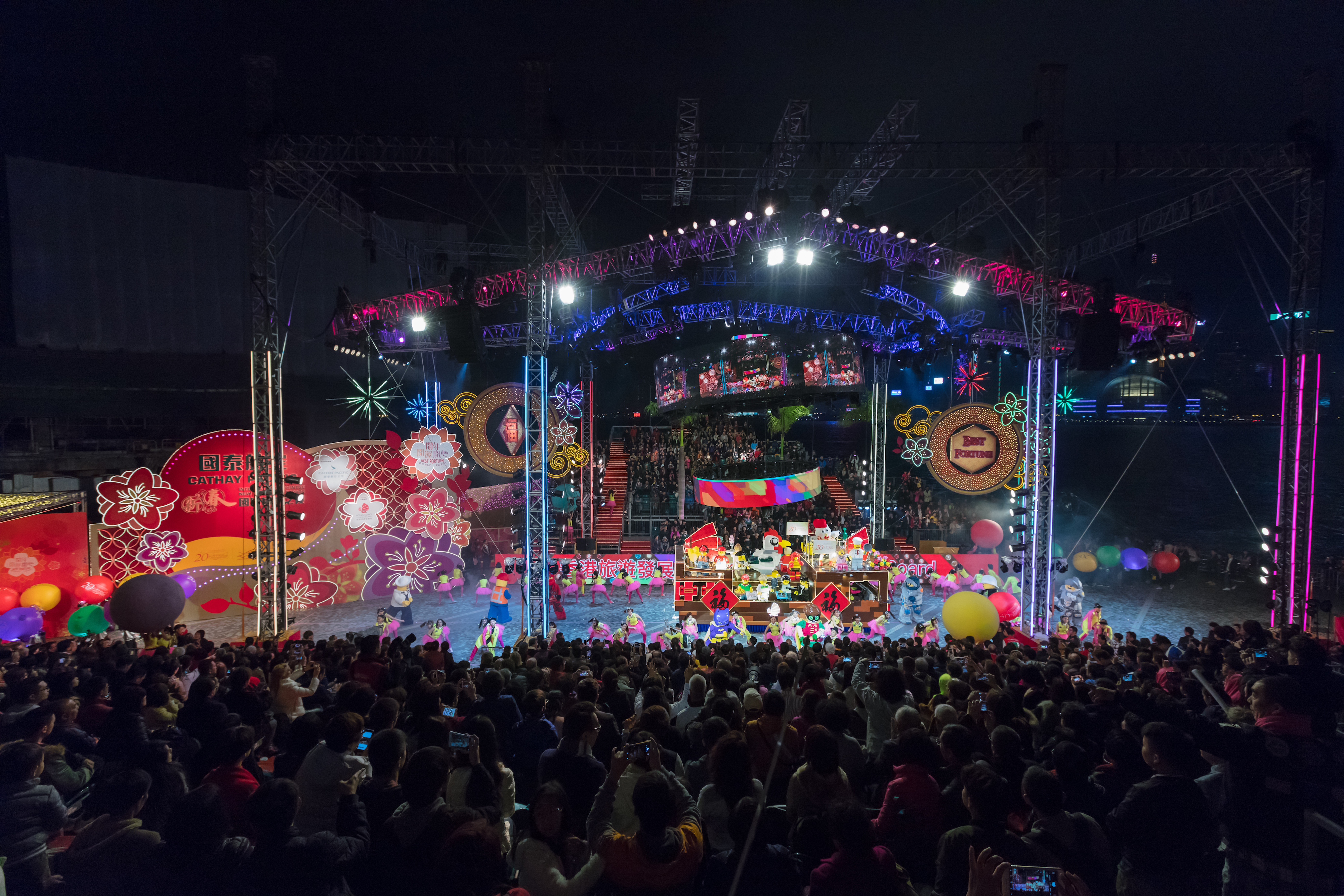 Gather up your lai see, get some crisp bills from the bank and get ready to head into the Year of the Dog, because Chinese New Year is just around the corner. One of Hong Kong’s biggest annual holiday celebrations, CNY (also known as Lunar New Year) kicks off with a street party that should be in every Hongkonger’s diary: the Cathay Pacific International Chinese New Year Night Parade, held this year on Friday, 16 February with a theme of “Best Fortune. World Party”.

Easily one of the SAR’s most anticipated annual events, the night parade is the largest street party held during Chinese New Year, bringing tens of thousands of cheerful spectators to the streets of Tsim Sha Tsui to enjoy an evening of dazzling performances by local and international performers, creating a buzzing, vibrant, festive atmosphere that’s uniquely cosmopolitan — and uniquely Hong Kong.

The parade itself doesn’t kick off until 8pm, but it’s best to get there early to snag a prime viewing spot. Even better, you’ll be able to enjoy the pre-parade street party, starting from 6pm, which features an incredible variety of nearly 30 performing troupes showing off their skills in dance, magic and music. The lineup is bigger and better than ever this year, including five world-class groups making their night parade debut this year: the XPOGO Stunt Team from the United States, holders of 13 Guinness World Records; Diaboloism, Taiwan’s world champions of diabolo; Zee Comedy Magic & Zeejay Juggler, of the Czech Republic; as well as Japan’s celebrated Witty Look and Jugglers Vision.

After a couple of hours being entertained by these captivating performances, you’ll be ready for the night parade to begin. Kicking off at Hong Kong Cultural Centre, the parade route snakes up Canton Road, across Haiphong Road, and then down Nathan Road, providing plenty of room for eager spectators. This year’s edition features nine signature floats to look forward to from major companies: Cathay Pacific, which will feature a large wishing knot depicted in an LED sphere; CCB (Asia), made to look like a ship setting off on a voyage of good fortune; China National Tourism Administration, featuring traditional Chinese design elements for prosperity; Hong Kong Disneyland, putting Pluto front and centre for the Year of the Dog; and The Hong Kong Jockey Club, which will be decorated with windmills and horseshoes — two lucky symbols from Western and Chinese culture.

Other floats include those from Hong Kong Tourism Board, made in collaboration with local illustrator Prudence Mak and modelled after our classic trams; Macao Government Tourism Office, highlighting our sister SAR’s status as UNESCO Creative City of Gastronomy; Ocean Park, which will have a carnival theme and lots of fun animal decor; and Quality Tourism Services Association, decked out in red and gold to wish everyone good fortune in the Year of the Dog. Can’t wait until the night of the parade to see them for yourself? Get a sneak peek of all nine floats here.

Of course, it wouldn’t be a parade without entertainment, so look forward to a mix of Chinese and Western performances from local and international troupes, including Parisian Street Cabaret from France, Seattle Sea Gals from the USA, and Street Circus from The Netherlands. The highlight is set to be a Chinese drums performance by Refiner. Yi Ming. The Moving Drums, and there will also be kid-friendly characters from the Sanrio Family and Kakao Friends.

Can’t make the parade on the 16th? No worries, as you can still enjoy its highlights in the following weeks. A selection of the brilliant floats will be on display at Lam Tsuen in Tai Po from 17 February to 4 March. If you’re more keen on catching some unique entertainment, be sure to stop by Lam Tsuen, pentahotel Hong Kong, Kowloon and Temple Mall North on 17 and 18 February to see live performances from groups who will appear at the night parade.

Find out more tips about the parade, other CNY events, and colourful customs about how to amp up your luck in Hong Kong this CNY at Hong Kong Tourism Board.

Culture Events Chinese New Year Lunar New Year Year of the Dog Cathay Pacific International Chinese New Year Night Parade
Michael Alan Connelly
Head of Digital Content
A Chicagoan by birth and a New Yorker by habit, Michael has more than a decade of experience in digital publishing at leading titles in the U.S. and Asia. When he's not checking out Hong Kong's newest restaurants and bars or jet setting around the globe, you'll find him hanging out with his dog Buster and enjoying an Aperol Spritz.
Travel Hotels Restaurants Cocktails Culture Italy Art Music Cheese