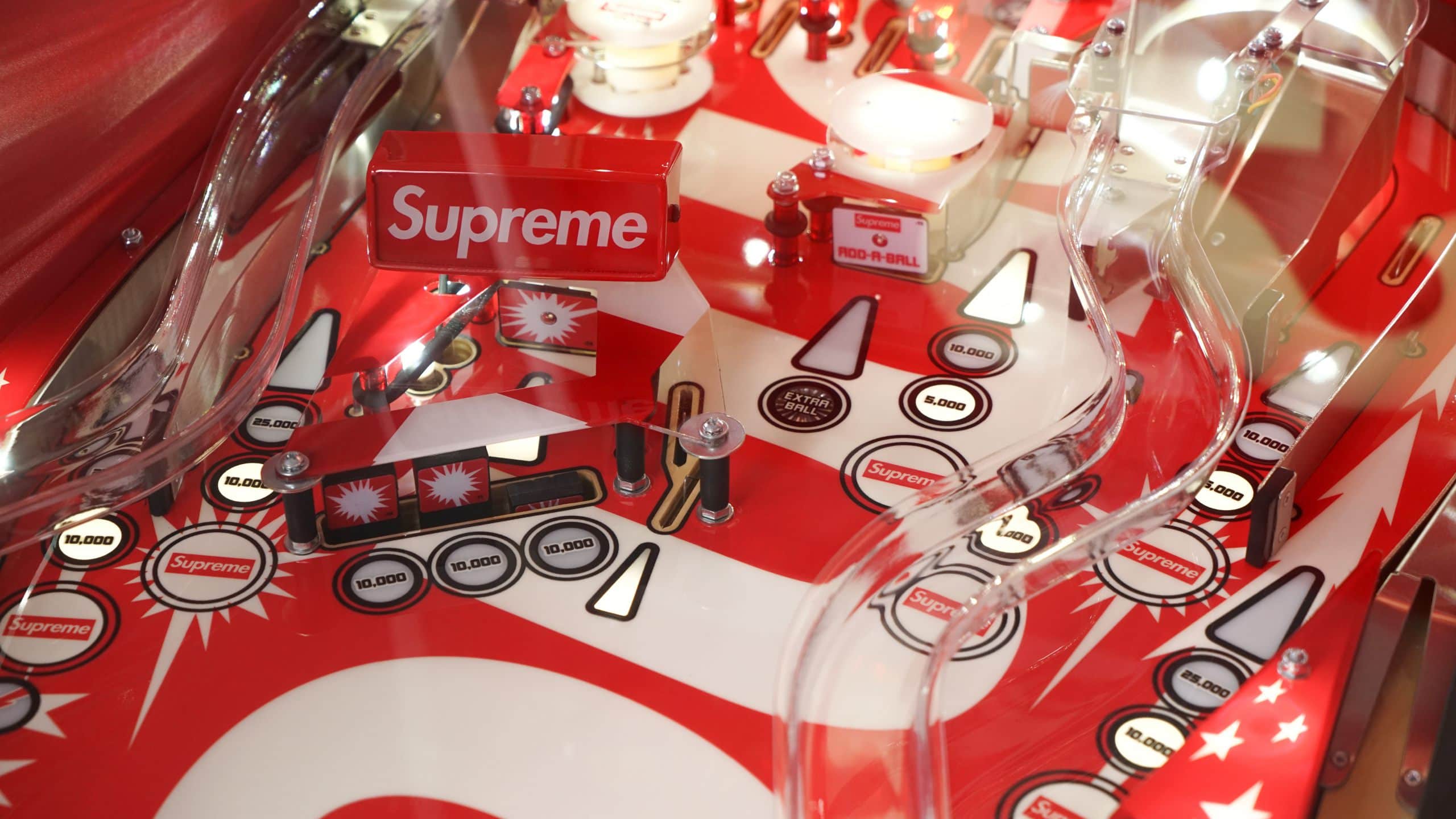 Over 1,300 Supreme products will be auctioned by Sotheby’s this month

Culture
Over 1,300 Supreme products will be auctioned by Sotheby’s this month
Share this article
Next article

Sotheby’s has become the place for keen Supreme fans to cop rare pieces they might have missed the first time around, further validating the streetwear brand’s standing and collectibility in the luxury world.

Just this January, the auction house sold the complete archive of Supreme Skate Decks to 17-year-old Mr. Carson Guo for US$800,000. (Guo belongs to a family of collectors in Vancouver, and reportedly plans to display the collection of 248 skate decks in his new creative shop, slated to open in 2020.)

This comes just half a year after the first-ever auction featuring Supreme in May 2018: an Artcurial sale titled C.R.E.A.M. (Cash Rules Everything Around Me) — named after Wu Tang Clan’s 1993 single of the same name. The sale successfully achieved a total of US$1 million.

Helped by its selling model, in which every product released is part of a limited-edition drop, Supreme’s one-off releases make its collaborative accessories all the more highly sought after, adding to the brand’s ever-growing global appeal.

This month, the most comprehensive, privately held archive of Supreme accessories from the past 20 years comes to light via an online auction by Sotheby’s. Titled The Supreme Vault: 1998–2018, the hotly anticipated sale featuring over 1,300 items released over the last two decades. The collection is currently owned by US-based Yukio Takahashi, who gathered all of the releases during that time and will be wiping his hands clean after this sale. According to the collector, “I have enjoyed collecting Supreme for two decades and the process and result have both surpassed expectations. Now it is complete to the best of my knowledge and is at a good stopping place.”

The archive features highlights such as the rare Supreme x Stern Pinball machine (estimate HK$400,000–$600,000), the Supreme x Everlast boxing series (including the famously covetable punching bag; estimate: HK$80,000–$120,000) and the Supreme x Coleman mini motorbike (estimate: HK$50,000–$70,000). Lots are presented at a range of prices, with some starting bids at HK$500, and the archive is offered with no reserve, in group lots and single lots.

The total estimate of the archive is in excess of HK$1.7 million (US$220,000). Only 9 lots are currently viewable on the Sotheby’s site, but more lots will be revealed ahead of the auction in batches, and highlights will be on view in an exhibition at Hart Hall, H Queen’s in Central, from 24–28 May. Keen to make a purchase? Bidding will be opens from Monday, 20 May at 10am HKT until Tuesday, 28 May at 11am HKT.

Browse the lots online at The Supreme Vault at Sotheby’s

Over 1,300 items released over 20 years. The online-only sale ‘The Supreme Vault: 1998 – 2018’ is the most complete collection of Supreme accessories in private hands to auction, featuring a landmark archive interweaving luxury, art, and skate culture. . This sale is open for bidding from 20 May 10am HKT to 28 May 11am HKT, and highlights will be exhibited at @HARTHongKong from 24-28 May. . More items will be revealed soon at: www.sothebys.com/supremevault Stay tuned! . #SupremeVault #SothebysSupreme #Supreme

Auction Sotheby's Artcurial Supreme streetwear The Supreme Vault Skatewear
Evelyn Lok
Managing Editor
When not trying out the latest beauty and wellness trends, Evelyn is likely enjoying a perfectly balanced negroni or exploring some of Hong Kong's best new places to eat and drink. At Lifestyle Asia she covers everything from the biggest events in town to interviews with Hong Kong specialists, with topics spanning art, food and drink, health, tech, and travel.
Beauty Wellness Events Art Drinks