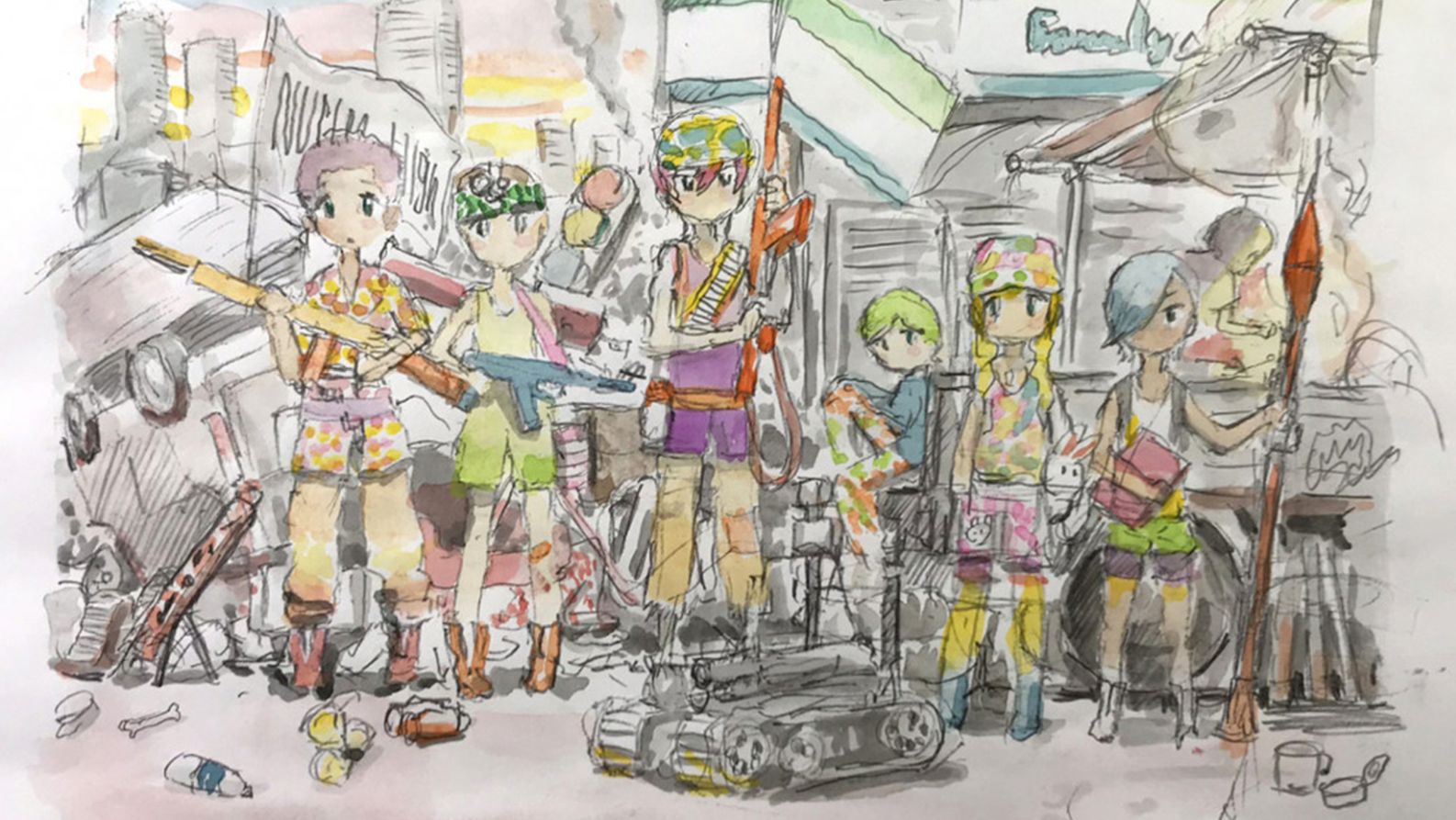 “Carte Blanche to Mr. and Pharrell Williams: A Call to Action” opened Thursday and will run through September 23 at the Guimet National Museum of Asian Arts, in Paris.

The site-specific exhibition, which emerged out of a five-year process, was curated by American musician Pharrell Williams along with director of Musée Guimet, Sophie Makariou. It features a series of new installations, paintings and sculptures by contemporary artist Mr., whose oeuvre focuses on anime and video game-esque renditions of everyday Japanese girls.

Set against a tent-like infrastructure, the artworks take the tensions of today’s social, political and environmental problems as a starting point, exploring the intrinsic optimism of youth culture. Throughout the exhibition, Mr.‘s signature anime-style teenage characters are depicted with weapons and other military gear.

A highlight of the show is a large-scale mural featuring an army of children, through which the Japanese artist hinted at the tradition of classic European portraiture. Although Mr. is renowned for his portrayal of otaku culture, his practice took a turn after the magnitude-9 earthquake that struck Japan in 2011. He has since paired his bright-colored characters with an abstract painting style reminiscent of the Italian Arte Povera movement, through which he explores themes of destruction.

“Amid the tension and crisis of uncertainty that we live in today, we need to believe in the hope that can be found in children, and take inspiration on the promise of their optimistic outlook and spirit. Kids have the power. With art, we start this dialogue in this way,” Mr. explained in a statement about the exhibition.

“This is a call to action. An artistic response to imagine a better planet. What kind of world do we want for our kids? Kids embody hope, Kids show us the future.” Williams said in an Instagram post promoting the show.

“Carte Blanche to Mr. and Pharrell Williams: A Call to Action” will be on show at Paris’s Guimet National Museum of Asian Arts from July 11 to September 23.