Home > Culture > Art & Design > Q&A: Artist Morgan Wong on his project that will take a lifetime to complete Q&A: Artist Morgan Wong on his project that will take a lifetime to complete

Culture
Q&A: Artist Morgan Wong on his project that will take a lifetime to complete
Share this article
Next article

In 2015, the MILL6 Foundation was established by former cotton-spinning factory Nan Fung Textile Mills, part of an effort to preserve the history and heritage behind Hong Kong’s traditional textile industry as well as the stories of the local community. As the nonprofit’s official cultural space awaits completion in 2018, it presents seasonal shows featuring textile works, as well as works that explore the use of ‘fabric’ in more abstract iterations, whether it be social fabric, or in one upcoming show, the fabric of time. 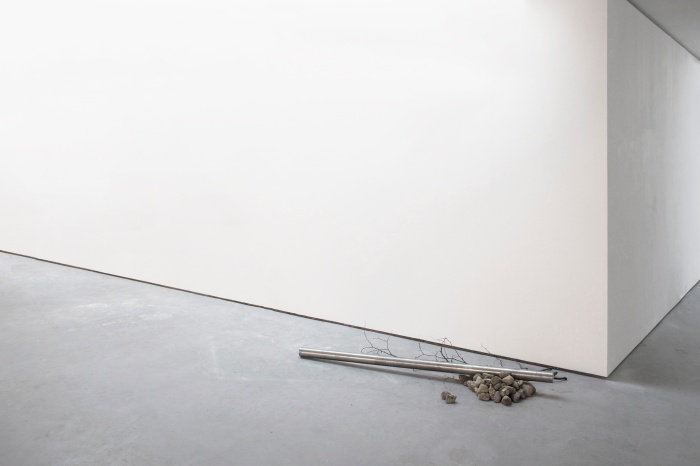 The aspect of time is as pertinent to each and every one of us — especially in this extra-busy month in the world of arts — and MILL6 is aptly mounting an exhibition to explore time in an equally cerebral and spiritual manner. Titled Line of Times, it’s a group show exploring the meaning of time, waiting, cosmic time and personal perceptions of time, featuring New York artist duo Aziz + Cucher, Chen Yin-ju and Hong Kong’s own Morgan Wong.

Within an established resume of ephemeral performances that explore the notion of time, Wong is perhaps best known for his lifelong durational performance, Filing Down a Steel Bar Until a Needle is Made, in which he has committed to do as the title of the piece describes for the rest of his life — or until he achieves his goal. The work is an adaptation on a Song Dynasty allegory of the same name by the famed poet Li Bai, which teaches a story of unbending persistence.

Wong is presenting a version of this work, with two video pieces, sculptures and photographs for Line of Times. Ahead of the show, Lifestyle Asia spoke with the artist about how his piece has evolved throughout the years.

What’s the story behind your durational performance piece, “Filing Down a Steel Bar Until a Needle is Made”?
This series follows the title literally, where a steel pillar is hoped to be filed down into a needle. Its origin began in 2011 when I was getting ready to take my Master of Arts in London, something which I thought needed a lot of persistence as an artist. It seemed fitting to use this allegory to symbolise my determination. I eventually executed the idea as a public performance in 2013.

At “Line of Times,” this project will be featured through two video works and sculptures instead of your original live performance. Why is that?
In the beginning, I committed to this entire body of work as a lifelong work, with room to evolve in between. But since the 8th OCAT Shenzhen Sculpture biennale, I’ve decided not to do the public performance anymore, because I stopped wanting an audience to consume the piece; instead, I think the performance itself should remain as something that belongs solely to me — it was a very personal thing, about my own determination, after all. That’s why I created these two video works to express it in another way. 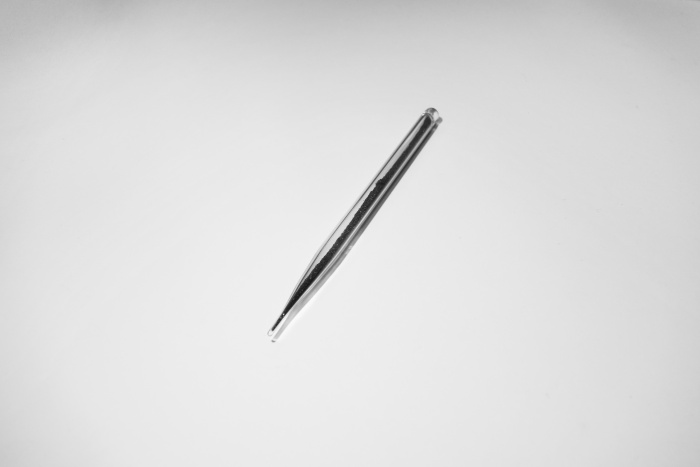 Did you choose to exhibit sculptures, these glass vials of metal filings, as a way to interpret or express time, something intangible, in a tangible way?
I thought a lot about the documentation of performance. I wondered whether it was actually necessary to have the artist’s presence, or can this passing of time be expressed through another medium instead? That’s why you’ll also see the sculptures — glass vials shaped into needles, which contain the metal filings collected from a day of filing. They’re like time capsules. It’s a way to question how I can use sculpture to manifest time that has already passed, and to see how audiences can interpret the passing of time, something invisible, through a static object.

How many powder vials do you have so far?
I work on filing the steel bar down every day, and now I’ve got more than 900 vials. 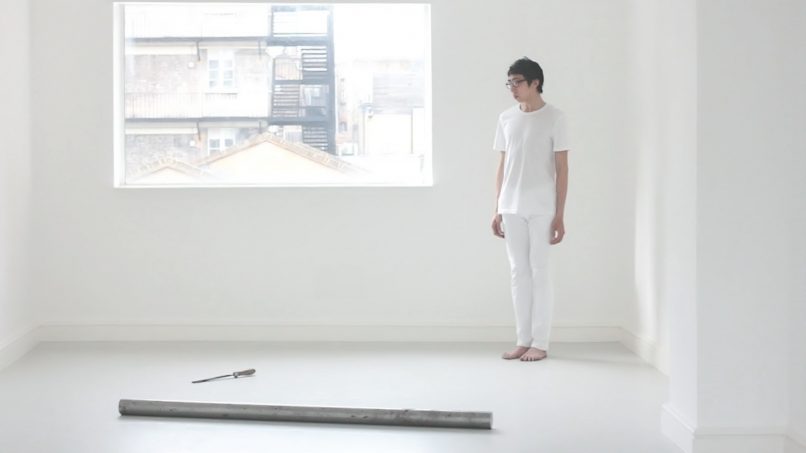 Do you religiously file down the steel bar each day? Do you set yourself a specific time to do it?
The amount of time I spend each day on the metal bar is already not important to me. I emphasised the duration of the performance in its beginning stages, only because I was interested in durational aesthetics — I felt that it needed to be guided by a duration as I wanted to express how I would go into an almost-trance, or another dimension into experiencing time. These days, not so much, so I haven’t forced myself.

As such, the works become something the audience can more easily identify with, more easily step into my shoes. You begin to see that in this day and age, persistence is something that everyone needs — not just myself.

This exhibit, to you, deals with how you express personal time. But what interests you about it? How do you define it?
Personal time, to me, is the difference between biological time — the time we experience — and scientific or clock time. This struggle or difference is what led me to have frustrations at the way time passes — it feels like we never have the ability to truly control and manage our time.

Everyone’s own time gets shorter and shorter.
Yes, exactly. So my performances become a currency, a translation between clock time and biological time. How does your work tie in with the notion of textile, as presented by the MILL6 Foundation?
I can’t speak for the other artists participating in the show, but as for my works, aside from the literal association that a ‘needle’ would have to do with the textile industry, it also draws upon similar themes such as labour, or the passing of time. My works are very personal time, and it’s quite similar to how it works in a factory, where each employee has their own dimension of time.

Do you expect to ever achieve the goal of filing the metal rod into a needle?
Yes, people ask me when I envision to reach my goal. But to me, I try not to think too much about the duration, but instead to focus more on the process. I’ve set it as a life journey already, there’s no need to micro-manage the task. My deadline is the day I die.

Line of Times will be held through 2 April (closed on Mondays).