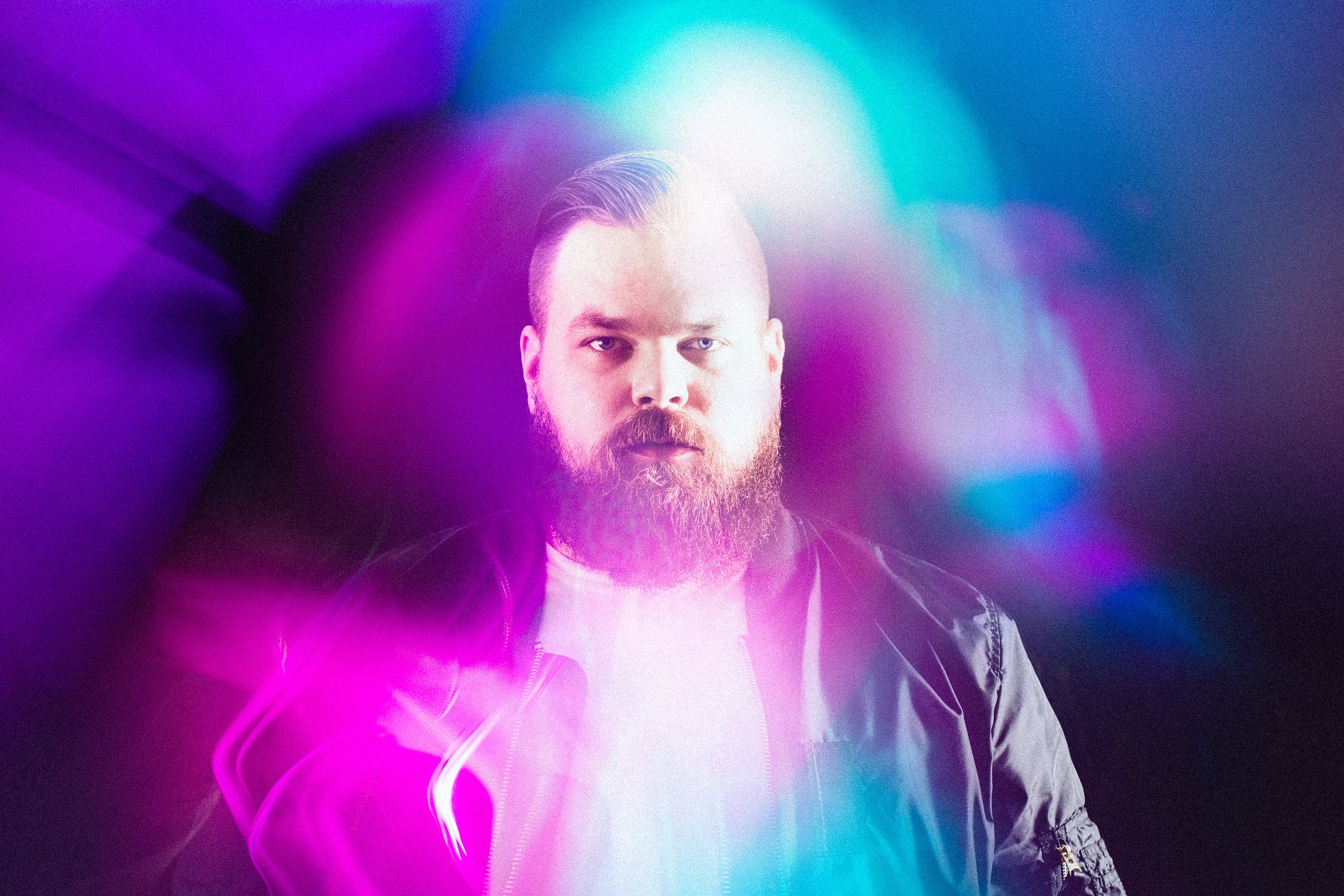 Q&A: How Com Truise makes electronic music with a heart

Culture
Q&A: How Com Truise makes electronic music with a heart
Share this article
Next article

In a time when the lines between pop and electronic music are virtually nonexistent — and every chart topper sounds more or less the same — it’s easy to look cynically upon the latter as a cheap gimmick to create catchy songs. Meanwhile, the world of electronic dance music (EDM) turns out mind-numbing tracks that seemed designed to assault the listener’s brain rather than bring about musical enjoyment. But if you think all electronic music being made today is soulless, you likely haven’t heard of Com Truise.

The stage name of American producer Seth Haley since 2010, Com Truise is known his work in the synthwave genre, distinguished by its synth-heavy sounds and musical influences from the 1980s. This summer, Haley released his third studio album under the Com Truise moniker, Iteration, which, like the rest of his work, he describes as being influenced by science fiction and nostalgia.

The day of the new album’s release, Haley was busy getting ready to make his Hong Kong debut at MO Bar, as part of the ongoing MO Sound-Bites series. A few hours before the show started, we sat down with him in a suite at The Landmark Mandarin Oriental to discuss the importance of feng shui in a recording studio, how he turns human emotions into electronic music, and much more.

Did you have any new sources of inspiration when making Iteration?

Yes and no. I was never happy with my studio when I moved to California. The room that I was working in, the way it was set up — the feng shui was very off. I finally bought a really nice desk and just set everything up, and it was much more comfortable to work in. It was weirdly inspiring to change the room around — it was huge.

How has moving to Los Angeles affected your music?

I think this record — there’s more headroom in it. It’s less compressed, less dense. I think it’s a simpler record, and I think that’s [the result of] living in California versus New York. I live in Burbank, so I’m out of the mix. Quiet neighbourhood, big backyard, driveway, you know. I feel like the record sounds like that, like having that green space. It’s definitely a huge change.

Why is your music based on a fictional story?

I don’t write about my personal life — I’ve attempted it, but I just don’t like the results — so I created this story to keep everything cohesive and make a path for myself to follow. It’s kind of a loose narrative that’s out there, but I still want people to formulate their own opinions about the music as well.

Is it important that the audience know the story?

No, definitely not. I think it’s interesting for them to know that it’s based on a story, but I never say, “This is how it has to be, this is how you have to feel.”

Obviously you’re known for synth-heavy music that reminds listeners of the 1980s. Is that true of your new record?

With the new record, I’ve used some of the same equipment, but I’ve definitely stepped out of the boundaries I created for myself. The ‘80s inspired me not because of  the fashion, the culture, the songs; what inspired me was the sound of the sounds inside the songs, not the songs themselves. I’ve always tried to carry that quality: the way the drums were recorded, the effects they used, the tape hits and all that jazz. That’s always what I’ve tried to bring to the table. I never really wanted to sound like the ‘80s.

How do you translate personal experiences into electronic music?

That comes down to nostalgia. I tend to go back in my mind and think about certain moments. My mom, dad and sister, we used to go to Rhode Island every summer, and we would rent this cottage on this quiet road, and the ocean was just across the street,  and there was this huge rock in the front yard. I just remember me and my sister, we used to sit on that rock and bicker with each other and just listen to waves. When I’m writing a melody, that’s what I try to write, to just capture that moment. With all of my melodies, I’m always thinking of that moment, just sitting there with my sister.

Nostalgia means something different to everyone. Are you trying to make happy songs?

I don’t necessarily want to make a happy song, I’d rather it be sad or at least melancholy. Those are the songs I throw away, the happy ones. I prefer to write sad music — it just moves me more.

But do you want listeners to feel sad?

Not sad per se, but I guess this goes back to nostalgia. I want them to remember those times when they were sitting with their sister on a rock, you know what I mean? Things like that. If it translates itself in that way for them, that’s great, but like I said, it’s so open-ended. I just want the music to feel deep. I want people to feel emotions.

Creating your music is a solo project, so what do you enjoy about doing live shows?

I’m a very shy person for the most part, so the live shows — it’s like it’s the first time every time. I’ve been doing it for six years, but I’m still like a deer in the headlights sometimes. It’s interesting to translate this music live. It’s become more of a production kind of thing, with lights and such. But I’m still learning. It’s always something that can be improved upon.

I just want people to dance around, just move to it. Don’t just stare at me. I want people to move around and stay off their phones. Everybody is just watching the show through their phone. It’s like, “Are you even there?” It’s cool to catch a memory, but the ideal crowd is just people who are excited to be there and dance.

Is there any new music you like at the moment?

I actually kinda went back in time. I’m listening to a lot of indie rock: DIIV, Wild Nothing. I haven’t listened to too much new stuff. I don’t even know where to find new music anymore. Soundcloud is just insane, you have to weed through so much craziness just to find new stuff. I stumble across things on Bandcamp once in a while, but nothing I can remember. That sounds horrible [laughs].

What do you think about the world of electronic music in 2017?

EDM can just ride off into the distance, and I think that’s already happening. I mean, it’s always going to have its place with festivals and stuff like that. The production they do for that stuff is insane, they blow kids’ minds. But I don’t know how people can listen to that while making eggs in the morning. I don’t see its place in daily musical enjoyment.

I like to think of myself as uninvolved in the scene. I don’t go out anymore, I don’t go to shows unless it’s a friend or something. Of if Boards of Canada wants to play, I’ll definitely go see them. Iteration is my dig on music these days. “Iteration” basically, the process is repeating. That kind of music is very repetitive. So there’s kind of a dig at electronic music on the album, it does have some repetitiveness on purpose. The landscape is a bit rocky for music at the moment, I think.

But you’re happy with what you’re doing?

Yeah, I’m always going to do this — this is my escape. I listen to my own music, I like it! If I just do that for the rest of my life, listen to my own stuff and some old stuff, that’s fine with me. That sounds really conceited [laughs].

Pantone chooses Classic Blue as 2020’s Colour of the Year