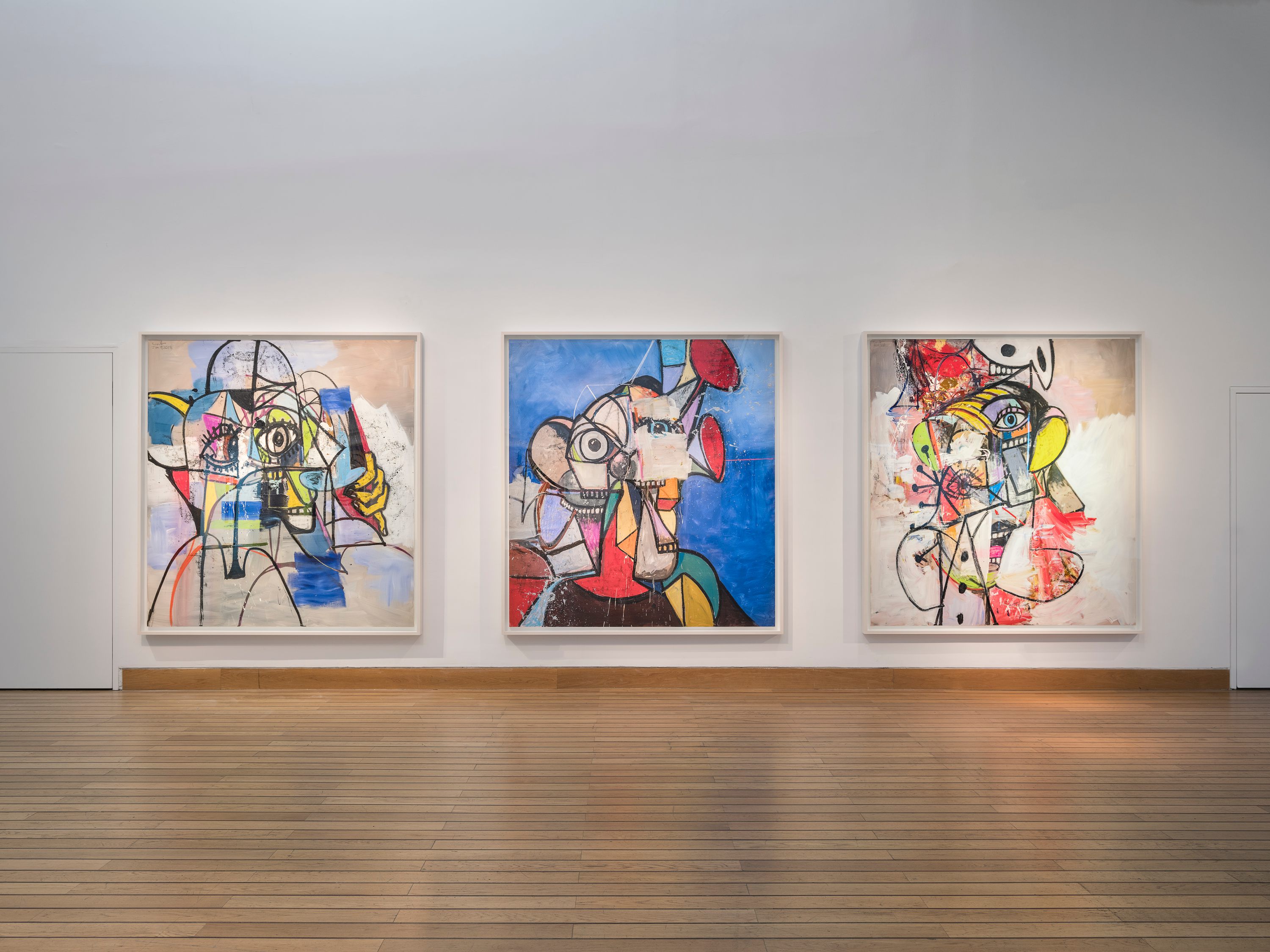 Art collectors in Hong Kong this week are certainly spoilt for choice if they’re looking to lock down on new treasures, with the world’s most cutting edge art galleries gathering at Art Basel and Art Central. For modern art aficionados, there’s even more cause for excitement with some top-dollar masterpieces coming to town as well, such as the impressive De Kooning to be shown at Art Basel Hong Kong this week by Lévy Gorvy gallery, estimated at US$35 million. But the massive price tags do little to deter buyers, especially with Asia’s ever-increasing interest in buying Western art. If anything, the commotion only serves to feed further temptation.

One of the best examples of artists who regularly achieve surging prices is none other than Pablo Picasso. Picasso’s pieces typically go under the hammer at eight digits, with some in the hundreds of millions, such as his record 1955 work “Les Femmes d’Alger”, which sold at Christie’s New York in May 2015 for US$179 million. At “Panorama: A New Perspective,” an upcoming selling exhibition by Sotheby’s opening on 29 March, the collection of over 40 masterworks is led by four Picassos directly from the collection of his granddaughter Marina Picasso, including the artist’s late stage large-scale painting “Homme à la pipe assis et amour.” The last work of a comparable size sold in 2013 by Sotheby’s New York for an easy US$30.1 million. At Christie’s upcoming Spring Sales, one of the spotlight works teased is said to be one of the most valuable Picasso paintings in private collection, though no details have been revealed to the press yet.

“In recent years it has become the case where demand of great paintings by great artists is much greater than supply,” says Jasmine Chen, Contemporary Art specialist at Sotheby’s Hong Kong. In regards to Picasso paintings, she says, “The recent surge in the prices and popularity of his works in the market are in part due to increased interest and buying activity from Asian collectors and also due to increased demand for art in general.”

As the appetite for traditional figurative painting continues to grow in Asia, another strong representative of the celebrated portrait genre is rapidly rising in the Asian collector’s heart: American artist George Condo, well beloved in the west already for his unique blend of European Old Master-style paintings with an edge of American pop.

A contemporary of Jean-Michel Basquiat and Keith Haring, Condo started out in New York’s East Village by working a stint at Andy Warhol’s Factory in his early 20s. He’s also perhaps most widely recognised by today’s generation without them even realising it: Kanye West’s explicit album cover for 2010’s “My Beautiful Dark Twisted Fantasy” was a Condo work (and was subsequently banned in numerous countries).

At age 61, Condo is enjoying quite the explosion of superstardom this side of the globe in 2018 alone. His recent surge in popularity was driven in part by an auction record set last November at the Sotheby’s New York Contemporary Art evening sale, selling for over US$4 million, far exceeding the estimate at US$800,000–1.2 million and firmly setting off the domino effect of international buzz. In Phillips Hong Kong’s contemporary art sale also in November 2017, a Condo sold for US$1.5 million, over double its estimated price.

Chen says, “He’s been on the radar of Asian collectors only very recently, likely incited by the auction record that was set in November 2017. There has been tremendous buying activity by collectors in the region, noticeably among the younger crowd. Collectors in Asia are particularly sensitive about what their friends are buying, so usually when an artist is caught on by a few key influential collectors many others follow on.”

For those who love works by the masters such as Picasso and want to expand their horizons, there’s no better place to explore Condo’s works than at Sotheby’s debut crossover show and selling exhibition, “Face-Off: Picasso / Condo,” which juxtaposes Picasso’s twisted portraits of subjects such as his torrential lover Dora Maar against the vibrant, schizophrenic personalities of George Condo’s paintings. Opened 16 March and running until 31 March, Face-Off itself is a spellbinding duo show, exhibited all in darkness to allow the vibrancy of the artists’ pigments to really pop. With over 40 works by the two prodigious artists on show (11 of which are on loan from private collectors) the combined worth of paintings under one roof well exceeds US$300 million.

Condo’s pieces feature fun, vibrant colours and fragmented faces that echo Picasso’s cubist portraiture, but while Picasso often painted people closest to him, Condo’s works are explorations into character tropes and dissections into the human psyche. They’re also not as grotesque in many ways. Chen adds, “While his paintings are extremely powerful and vibrant, and often provocative, Condo’s works are also very domestic in the sense that they are very easy to live with: the colours and compositions are catchy, unique and easy to understand at the same time, and really brings a lot of energy into whatever room it’s hung in.”

Condo’s growing success in the art market is also owed to global institutional interest in the artist in recent years, according to Monika Sprüth, co-founder of Sprüth Magers gallery. The gallery will work together with Skarstedt gallery to bring Hong Kong’s first landmark solo show of the artist, “George Condo: Expanded Portrait Compositions”, to the Hong Kong Maritime Museum from 27 March–6 April.

“George had a couple of important museum exhibitions in the latest past, for example his show at Phillips Collection in Washington D.C. that travelled to the Louisiana Museum in Denmark, and his exhibition at Museum Berggruen in Berlin. Through institutional shows his work reached an even wider audience, and we are pleased about the fantastic feedback for his first solo show in Hong Kong now,” says Sprüth.

For young collectors, Condo’s captivating works may prove as a fantastic gateway for those looking for an alternative investment. In particular, two 2006 works by Condo estimated at just around HK$500,000 each are up for grabs at Christie’s contemporary art auction “First Open | Hong Kong” on 29 March. They’ve been curated to exemplify the dynamism of art in Hong Kong, from celebrated artists such as Zao Wou-ki and Chu Teh-chun to emerging Asian artists and global talents — all at more accessible prices. If you’re tempted to pick up your first work by Condo, there’s no better time than now.

Art Kanye West Christie's Auctions Sotheby's Picasso Art Auctions George Condo
Evelyn Lok
Managing Editor
When not trying out the latest beauty and wellness trends, Evelyn is likely enjoying a perfectly balanced negroni or exploring some of Hong Kong's best new places to eat and drink. At Lifestyle Asia she covers everything from the biggest events in town to interviews with Hong Kong specialists, with topics spanning art, food and drink, health, tech, and travel.
Beauty Wellness Events Art Drinks
Sign up for our newsletters to have the latest stories delivered straight to your inbox every week.

The Digital Art Fair Xperience 2022 comes to Hong Kong this October: What we know so far