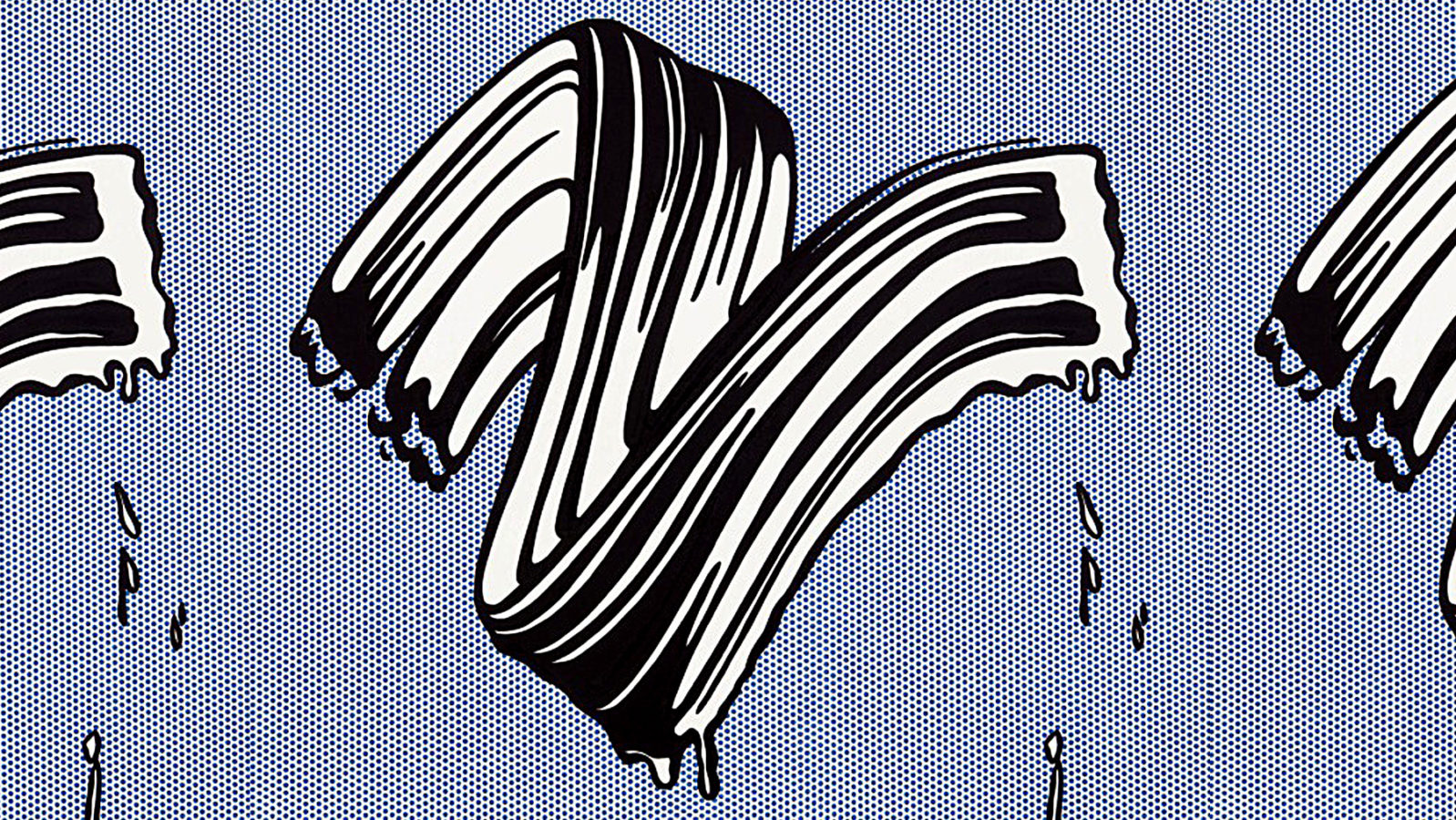 Roy Lichtenstein’s 1965 masterwork will be offered during Sotheby’s Contemporary Art Evening Auction, which is scheduled to take place in New York in the week of 29 June.

White Brushstroke I is part of the iconic Brushstrokes series of 15 canvases Lichtenstein executed between 1965 and 1966, all of which are now regarded as pivotal masterpieces of the Pop Art movement. The inspiration was originated from a motif drawn from a comic book story titled The Painting, in which a tortured artist battles a painting that appears to assume a life of its own.

The piece was first exhibited in 1965 during the historic debut of the Brushstrokes series at Leo Castelli Gallery, followed by numerous museum exhibitions throughout the years. Today, it is one of the very few that remain to be in private hands, as most of them are either already held in or have been promised to museums across the globe.

“White Brushstroke I is an icon of Pop Art, capturing in a single painting the rupture that this movement invoked in an entire generation of postwar picture-making,” David Galperin, head of Sotheby’s contemporary art evening auctions in New York, said in a statement.

Set to hit the auction floor at Sotheby’s New York, White Brushstroke I is expected to sell for between US$20 and US$30 million (approx. HK$155–232 million). This high pre-sale estimate is far from Lichtenstein’s record price of $165 million (almost HK$1.3 billion) for Masterpiece, which was reportedly sold to billionaire hedge fund manager and art collector Steve Cohen through Acquavella Gallery in January 2017.

Sotheby’s will also offer Triptych Inspired by the Oresteia of Aeschylus by Francis Bacon during its Contemporary Art Evening Auction, during which the three-panel work will likely exceed its US$60 million (HK$465 million) estimate.

Sotheby’s live evening and day auctions of Contemporary and Impressionist & Modern Art, originally scheduled in May, will take place “pending the lifting of certain restrictions and confirmation from the relevant authorities that we can proceed.”

While the reopening of Sotheby’s galleries in New York and London is still uncertain, the auction house held several record-breaking online sales in recent weeks. Most recently, the eighth edition of “Contemporary Curated” brought in more than £5 million (over HK$61 million), surpassing its pre-sale high estimate of £4.6 million (over HK$44 million), and becoming Sotheby’s highest-ever total for an online sale.