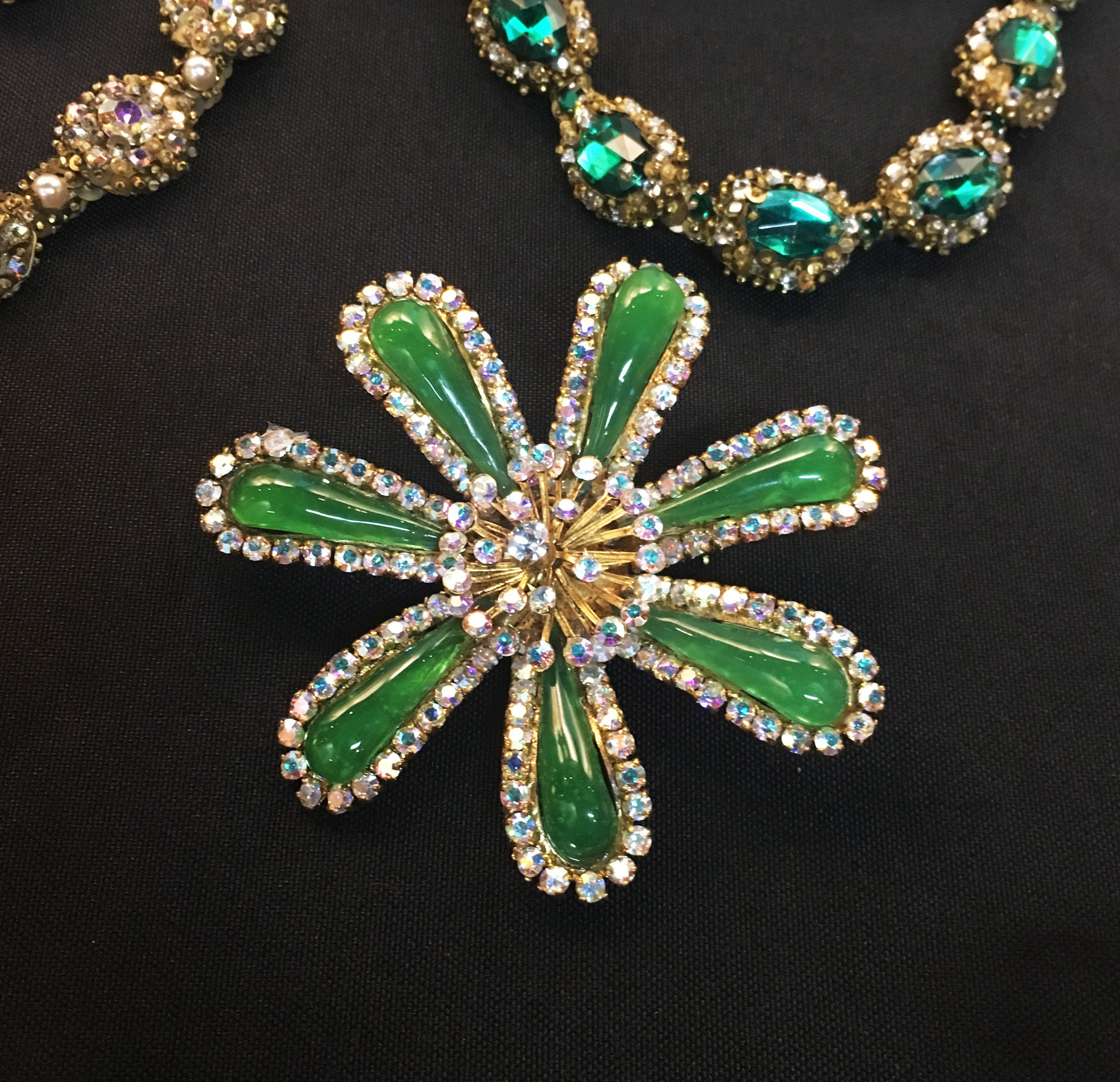 When boutique auction house Macey & Sons emerged on the scene in 2012, they dove straight into the heart of Hong Kong’s art-buying boom as the city quickly became the gateway between the East and the West. In September 2016, they opened their first private gallery to showcase the house’s inventory, further equipping the brand with a comfortable, intimate space and flexible, approachable model to sell art.

Business has been doing well: The company just recently announced a strategic partnership with the oldest auction house in the UK, Lyon & Turnbull, which has been operating since 1826. Some may recognise them for their role as consultants in BBC’s Antiques Roadshow; they also famously sold a 600-year-old Ming Dynasty stem cup for approximately HK$41.5 million at their inaugural Hong Kong auction lot.

Lyon & Turnbull’s Vice Chairman Paul Roberts and International Director/Asian Arts specialist Lee Young recently paid a visit to the Hong Kong gallery for two full valuation days open to the public, where two lots of antiquities were compiled for auction with an estimated combined worth of more than HK$30 million. Highlights included a porcelain teacup made exclusively for Chairman Mao Zedong in 1975, as well as a vintage YSL necklace, a vintage Chanel brooch, and other exquisite ceramics, bronzes, thangkas and paintings.

We sat down with the Lyon & Turnbull specialists, as well as Macey & Sons CEO Jonathan Macey, for a crash course on the world of buying and selling the world’s finest art and artefacts.

How has the business of auction become more approachable? Do specific valuation days help?
Lee Young: With technology the way it is today, people can just send us a photograph of the object, and it can start like that; ultimately with these things we do have to physically see them. It’s our business to reach out to these clients, which is why we advertise specific days for people — valuation days, which are free. It’s convenient when the public can know there’s specialists of different disciplines here in Hong Kong.

Paul Roberts: People understand auctions more these days, with the internet and eBay, and that has made it more accessible. It isn’t that sense of standing in a room, feeling nervous, thinking “can I bid?,” “what happens if I win?,” “what happens if I move”? A lot of that is gone. Conversely, the internet is now totally integrated into the auction room, so you can sit in your office and you can bid on a sale in London, or Edinburgh, or Philadelphia, or wherever. To some extent it’s demystified the process. It’s made it a much bigger market. We can have an auction with 20 different countries involved. Which has helped the little guys, actually.

What does the alliance between Macey & Sons and Lyon & Turnbull entail?
PR: It works on a number of levels: it enables a smaller company to be bigger. It enables us to draw on expertise — we have 20 specialists in the UK that Jonathan here, Macey & Sons, can draw on. It enables Lyon & Turnbull to sell to the Asian market very effectively. Jonathan was instrumental in helping us promote the 15th century Ming Dynasty stem cup, which sold last year for HK$41.5 million. As Jonathan says, at the end of the day, we need things to sell and people to buy them, and it works at that basic level where they consign items to us in the UK, and he helps provide buyers from Asia, and conversely for us.

Jonathan Macey: Yesterday, we probably saw HK$50 million worth of gear, easily, and consigned HK$5 to 6 million. It’s fresh business. These guys from Lyon & Turnbull will put wonderful catalogues together, they’ll market it well, and it enables the clients here to sell in the UK or America.

How soon after valuation does an item gets sold? How big of a cut do auctioneers get typically?
LY: It varies, and depends on the object, but usually within three or four months they would find themselves in a sale. Sales almost always go by discipline, so for example the Chinese sale would happen twice a year — in May and November in London. Why does it happen around then? All the other auction houses are holding their sales around that time, so it makes sense to everybody — if you’re flying all the way from Hong Kong or Beijing, you want to do everything at the same time to make it worth your while. That Paintings will be seasonal, June and November or December. Jewellery you generally try to time around Christmas. It’s everything from archaic, warring states bronze sculptures to Ju Ming sculptures. We charge, as a standard, between 15-20%.

How many objects do you typically sell a year?
PR: Between the three of us, we probably sell 20,000 objects a year.

Have there been items you sold in the past that fetched a very surprising price?
LY: Possibly some of the biggest surprises as auctioneers in our careers, is with pieces that are historically very important. A Qianlong imperial jade seal you know is going to do terribly well in auction: the last one we sold we got £3.3 million seven or odd years ago, and might be worth double today. Lyon & Turnbull has also sold things like, a walking cane, which was made from the spear that killed Captain Cook…

LY: Maybe. But it made an amazing price of £130,000. Another item I once sold when I worked for a particular auction house: We sold a World War II bomber’s logbook, from the flight coming back after a bombing mission. The pilot had kept the logbook and gave it to his children on his deathbed. He told them to take it to the world, because it will explain what had happened to Glen Miller, who was a famous musician in World War II who died in mysterious circumstances after he took off on his Cessna plane. And actually what it was was friendly fire; they were jettisoning bombs as they came back so that the plane was light enough to land. And they accidentally dropped a bomb straight on top of Miller’s plane. A normal World War II logbook would be worth HK$4,000. This particular one made £75,000. There are things like that where there are just no comparables.

JM: We had a lady who had brought in this painting: she was about 87 years old, she brought it in a Sainsbury’s bag. She told us, “I’ve just had that valued in town for £5,000!” It was just a scrappy little portrait at the time. [Our specialist] said he thought it was a Salvador Dalí but wasn’t sure, it might have been fake. We sent it up to London, and it got knocked down for £256,000. She came back to the sale room afterwards — and these were the days when you open a bottle of Champagne or a box of chocolates at least as an auctioneer, to say thank you, and she says, “I’ve got another three.”

Are these remarkable stories why you decided to be an auctioneer?
PR: We’re selling fantasies. Nobody needs another ring, nobody needs another Wong Lee bowl, but the stories are fantastic. When these things were made, how they were made, the development of technology, the issues with regard to the imperial history; lots of things were beautifully made, but it’s that whole magic of empire and history all weaving together. Going back to Salvador Dalí, nobody needs a bit of oil and canvas, but they’ll pay you millions of dollars for it. And that is touching something very core to the human experience — after food and drink and reproduction, it’s probably right up there — expressing themselves.

LY: As auctioneers and certainly people involved in the art world, I think some are born with a natural gift towards art and objects. You have an immediate reaction; your heart starts racing. You instantly know that this is a very good thing. It might not even be in your discipline.

PR: Or it might not even be expensive. And because we see tens of thousands of things every year, if something turns up you’ve never seen before, there’s an emotion; it’s partly learned and partly innate.

Does something expensive always mean it’s better?
PR: Absolutely not. Because there might be a lot of them. You can have wonderful things, but they’re available, so rarity is an issue… which is why pictures tend to have a higher price point. Notwithstanding everything, they tend to be individual.

LY: Naturally one would assume the more rare an item, the more value, but it doesn’t always follow.

Learn more and follow the upcoming auction lots by Macey & Sons at maceyandsons.com.

Art Culture Auctions Q&A auction house Interviews Art Auctions Macey & Sons Jonathan Macey Lyon & Turnbull
Evelyn Lok
Managing Editor
When not trying out the latest beauty and wellness trends, Evelyn is likely enjoying a perfectly balanced negroni or exploring some of Hong Kong's best new places to eat and drink. At Lifestyle Asia she covers everything from the biggest events in town to interviews with Hong Kong specialists, with topics spanning art, food and drink, health, tech, and travel.
Beauty Wellness Events Art Drinks
Sign up for our newsletters to have the latest stories delivered straight to your inbox every week.