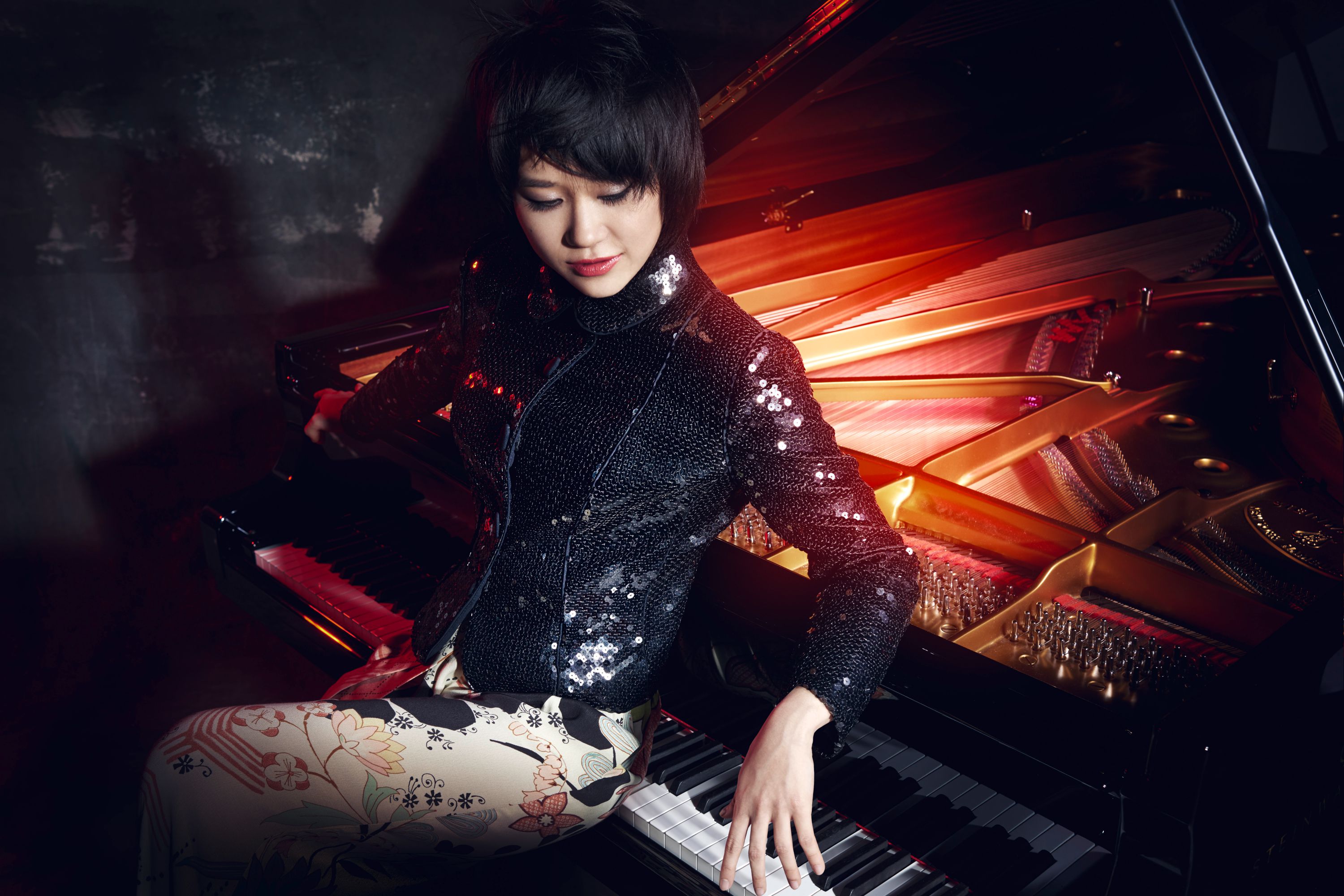 Culture
What to do in Hong Kong: 1–15 September
Share this article
Next article

After just passing the full swing of typhoon season, we can almost feel the autumn breeze in the air. What better to do in this (slightly) more comfortable weather than to chill out? Starting this month, we’re giving you regular updates for what to do in Hong Kong each fortnight, ensuring you don’t miss out on any of the exciting happenings around town.

There’s — as always — plenty to do in the SAR for the next two weeks. Whether you’re a boozehound in search of the best excuse to get a drink this month (cue the many festivals around town), a lover of great cinema, or a classical music buff gearing up for the first concerts of the season, we’ve got you covered with our roundup of the best events to mark in your diaries from 1–15 September. When: 3 September, 1:30–9pm [The event has been postponed to 9 September due to imminent typhoon weather]

Whisky enthusiast? You know what you’re doing this weekend, as Whisky Live hits town this coming Sunday. VIP tickets may have sold out within hours, but you’ll still get a chance to mingle with master blenders, whisky makers and brand ambassadors — as well as sample from over 200 whiskies from around the world. In between the master classes and cocktail drinking, you can also sit in on a stand-up comedy show by Vivek Mahbubani, view some art, or take part in a charity whisky auction where proceeds go to Orbis Hong Kong. While Hong Kong’s largest whisky festival takes centre stage in the first weekend of September, the second weekend plays host to the first ever “spirits and shakers” festival in town. Taking place at Chater Garden, the outdoor cocktail festival Downtown Cocktails will host more than 20 of Hong Kong’s most exciting bars, including this year’s newcomers Fang Fang and Picada. You’ll get to sample their best creations across three days, and enjoy five live music performances throughout the day. We hope you have your go-to hangover cures ready for Monday. The jazz luminaries of Hong Kong gather at Wan Chai live music venue 1563 at the East for one evening of what bills to be the best jazz in town. That’s hard to dispute seeing the combo features the godfathers and pioneers of Hong Kong’s jazz scene. Live music lovers won’t want to miss this. 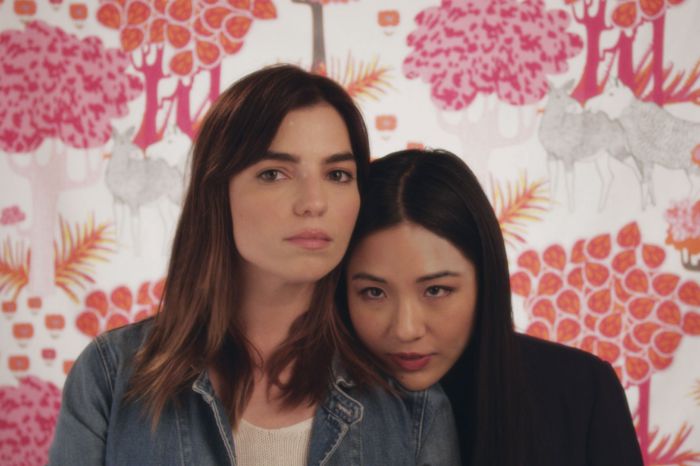 While equal representation is an ongoing struggle in cinema, once a year Hong Kong places the spotlight on the LGBT community, where we celebrate and appreciate their diverse stories through film. Opening the festival are two French movies: 120 Beats Per Minute, a Cannes-winning work about the director Robert Campilo’s experience as an AIDS activist in the 90s; and Kiss Me! (Embrasse-Moi!), a light-hearted romantic comedy.

We’re also looking forward to the closing films: Constance Wu (TV’s Fresh off the Boat) stars in The Feels, where 30-something-year-old lesbians gather for a weekend bachelorette adventure that goes sour; while in Freak Show, teen Alex J. Lawther plays a fabulous kid growing up in Connecticut with his equally fabulous mother (Bette Midler), but struggles with bringing the glamour when they move to the deep South. And of course, what is an LGBT film festival without drag queens? Chi Chi DeVayne (from RuPaul’s Drag Race Season 8) will be gracing the opening party at Club Fly, while Hong Kong queens Madame Mincemeat and Miss Mid Levels and Sira from Thailand will party up at the festival closing party at Zafran on the 23rd. Free entry with opening/closing movie ticket stubs. If your favourite YouTube makeup gurus just aren’t cutting it and you need some expert instruction, head along to a masterclass and makeup consultation by Ms. Natalie Soto-Carlisle of Jane Iredale Mineral Makeup — a pioneer in utilising mineral formulas — at The Mandarin Salon. You can either head to “An Evening with Natalie” between 6:30–8:30pm to learn how to achieve certain looks for your next special occasion — or, for a more personal remedial session, book a complimentary consultation between 10am–3pm with Ms. Soto-Carlisle herself to learn the best colours and styles that work for you. You’ll also get 10% off on all hair and makeup purchases on the day.

Art in the Bar

As we all know, booze can open up the mind, and what better way to feed creativity than to admire some cutting edge art while you sip your favourite cocktails? For one night only, 11 bars across Hong Kong Island will play host to Art in the Bar, the first ever art installation pop-up of its kind, hosted by art community platform CoBo Social. You’ll be able to see contemporary video works by over 13 different Asian artists including the likes of Samson Young, Chen Tianzhuo and Tromarama. This acts as a precursor to CoBo Social’s upcoming launch of its Video Art Asia online initiative. Check in on Facebook at the unique place tags throughout the night for exclusive dining and drink offers at each of the participating venues — including Cobo House, Duddell’s, Koko, Salon 10, The Pawn and Potato Head.

See the full details at Art in the Bar Price: HK$55 from Urbtix or at the door

It is the month of the Hungry Ghost Festival (seventh lunar month) after all, so if you’re one to love a good spook, you can head on over to the Hong Kong Film Archive for the enjoyment of a few vintage scary movies. For an ongoing series — “Archival Gems — Enchanting Shadows” — a selection of eight films all pay homage to the ethereal beauty (and terror) of the female ghost of Cantonese cinema of the 50s to 90s, such as A Chinese Ghost Story, starring Leslie Cheung. Hong Kong fashionistas who want to see what the local fashion scene has up its sleeve in the near future will no doubt have their eyes peeled for Centrestage, the annual fashion extravaganza taking place at the Hong Kong Convention Centre. From young fashion designer showcases to trend summits to a showcase of over 210 regional brands — if you’re looking for fashion inspiration, you’ll want to be there. And as events are often exclusive to industry insiders, tickets are rare. Luckily, we’re giving out a pair of tickets to the CENTRESTAGE ELITES opening gala show on the 6th — don’t miss out!

More info on the programme here. 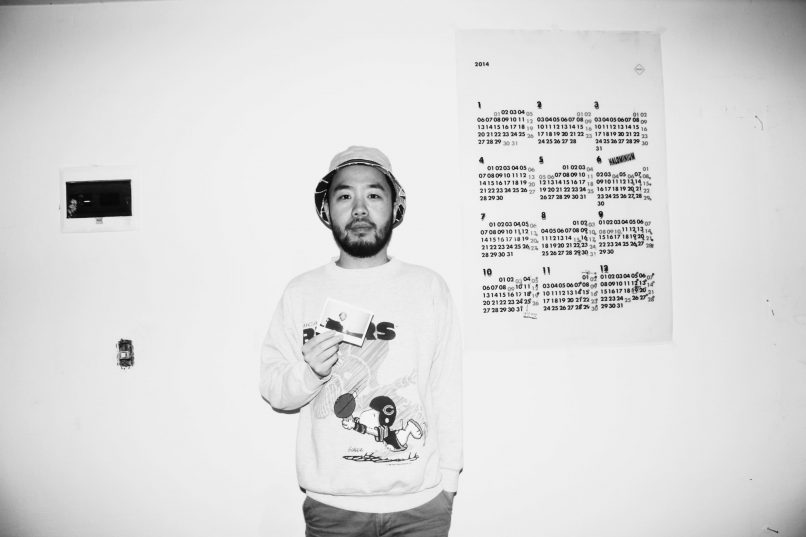 There’s always plenty of parties in Hong Kong, but this brand new event series may be the coolest yet. The theme focuses on groove-centred, genre-bending music ranging from Disco to House to Techno to Funk and beyond — set in a secret industrial loft location in the Southside, that will be decked out jungle-style, no less. For its inaugural event, make way for Seoul-based DJ Jesse You, who’ll be bringing his vinyl-only set to Hong Kong. Jesse plays in the most eclectic and happening venues in Seoul, hosting parties “Treehouse” at club Contra and the 7-hour-long sets at Pistil, plus also playing at hot new venues such as Cakeshop. For a teaser of what’s to come, check out his set at the first ever Boiler Room Seoul.

Secret Location will be unveiled one week before the event on Facebook.

The Mandarin Salon Centrestage whisky live what to do in hong kong Centrestage Elites Hong Kong Philharmonic Downtown Cocktails Live jazz Hong Kong Lesbian & Gay Film Festival HKLGFF Jane Iredale Mineral Makeup Hungry Ghost Festival Art in the Bar Boiler Room
Evelyn Lok
Managing Editor
When not trying out the latest beauty and wellness trends, Evelyn is likely enjoying a perfectly balanced negroni or exploring some of Hong Kong's best new places to eat and drink. At Lifestyle Asia she covers everything from the biggest events in town to interviews with Hong Kong specialists, with topics spanning art, food and drink, health, tech, and travel.
Beauty Wellness Events Art Drinks
Sign up for our newsletters to have the latest stories delivered straight to your inbox every week.