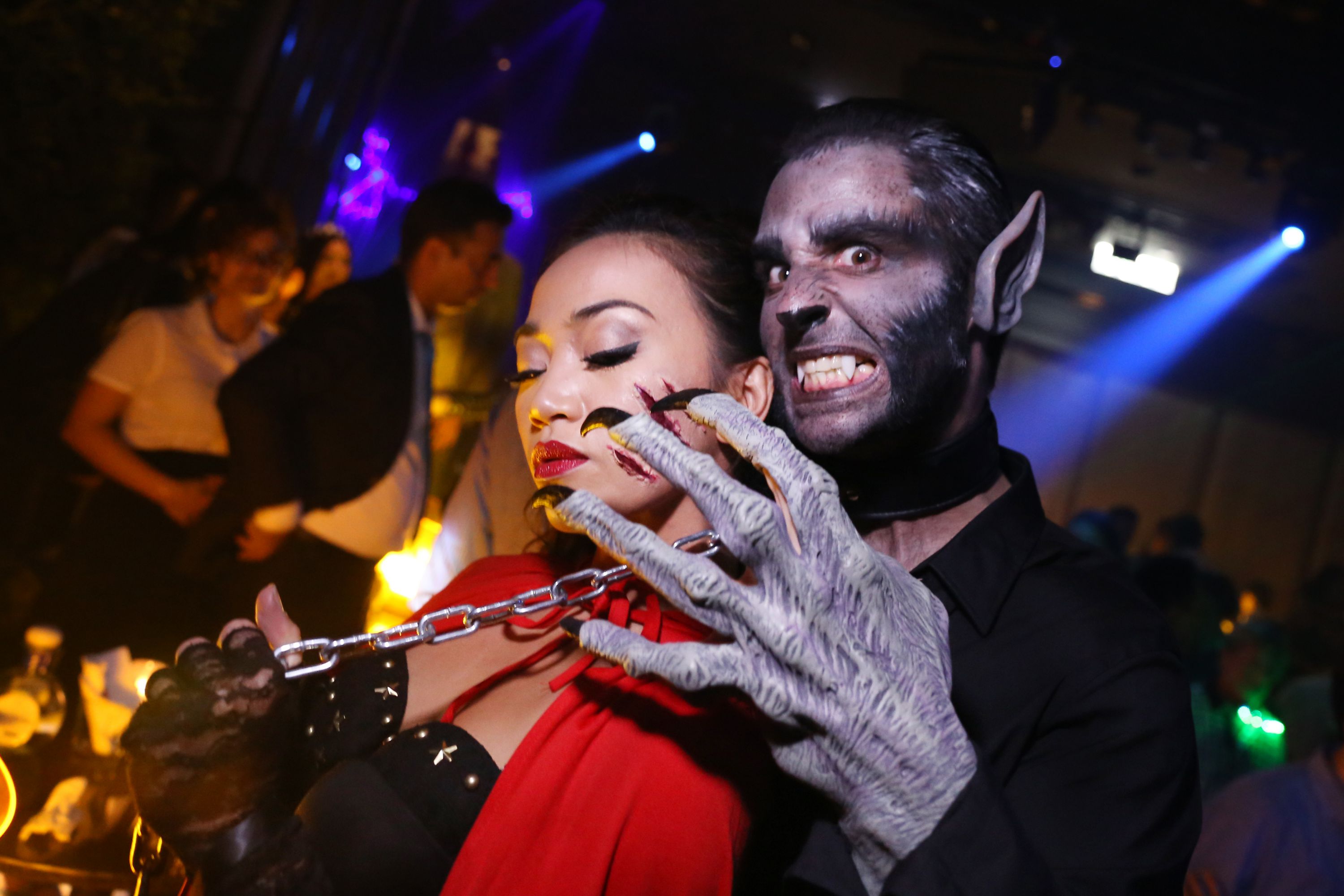 Culture
What to do in Hong Kong: 15-31 October
Share this article
Next article

How is it the nearing the end of October already? As we ready our costumes for Halloween shenanigans on the 31st, there’s plenty of fun to be had before the end of the month. From the Hong Kong International Comedy Festival to 2017’s Pink Dot gathering to the annual delicious debauchery that is Wine and Dine Festival, here are our top picks for what to do in Hong Kong in the upcoming fortnight. Ready to get the perfect dancer’s physique? Test your plié at this rare ballet workshop taught by Hong Kong Ballet dancers themselves. Ahead of their upcoming production, Le Corsaire in November, the classes will also weave in elements from the highly anticipated performances. There are sessions suited to beginners with zero dance experience, intermediates with some previous ballet training, as well as non-professional dancers with comprehensive dance technique already up their sleeves. With a ticket to the ballet class, you’ll also get exclusive entry to the Le Corsaire studio rehearsal on 28 October, entry to watch a company class on 5 November, and discounted tickets to the production itself. The month of October may be made for horror movies, but nothing can compare to the scary fact that nine women in Hong Kong are diagnosed with breast cancer every day, and one in 17 women will develop breast cancer at some point in her lifetime. To support Breast Cancer Awareness month, Pure Yoga is hosting a yoga class to raise funds for the Hong Kong Breast Cancer Foundation. All levels are welcome, and each participant will receive a HKBCF Breast Health gift set. 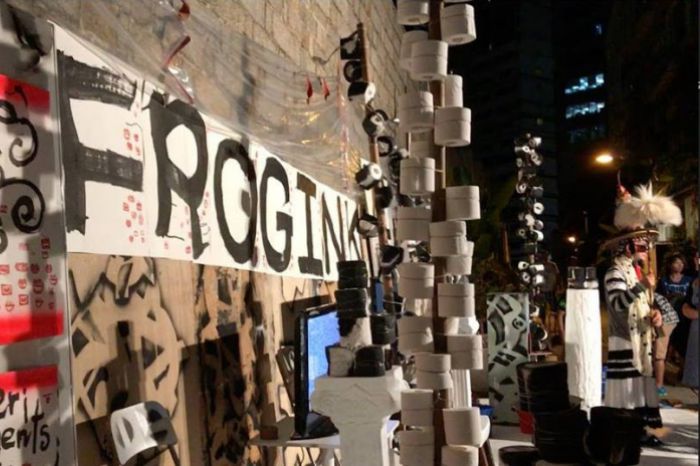 Price: Pay as you wish; email connect@senseconnectasia.com or WhatsApp +852 9276 5601 to reserve your spot

With the dreary Typhoon 8 weekend that just passed, we trust you’re looking for something to perk up your next weekend. For a touch of mind-bending madness, follow this exclusive free walking tour to visit two major exhibitions currently on in town, focusing on rebellious art from the turn of the 60s and 70s. The tour will take you to see “Gianfranco Baruchello, Marcel Duchamp” at Massimo de Carlo gallery where you’ll explore a true Duchamp installation, before heading to see Frog King’s solo show at 10 Chancery Lane gallery, encompassing his innovative and humorous take on multimedia installations. Price: HK$120 from The Underground or Morrison Café & Bar, HK$160 at the door; both include one drink

While the name certainly suggests something a little more salacious, “Threesomes” is in fact an indie concert of three trios playing at Sheung Wan’s Morrison Café & Bar this October. Organised by The Underground — championing Hong Kong talent as always — the gig opens with local pop-rockers EMPTY with an intimate acoustic set (apt, as they’re cosying down to three players rather than their usual five). Next, indie folk band SPAM will carry on the energy of the evening, before ‘psychobilly’ outfit Say Mosquito (pictured) brings on their infectious tunes. 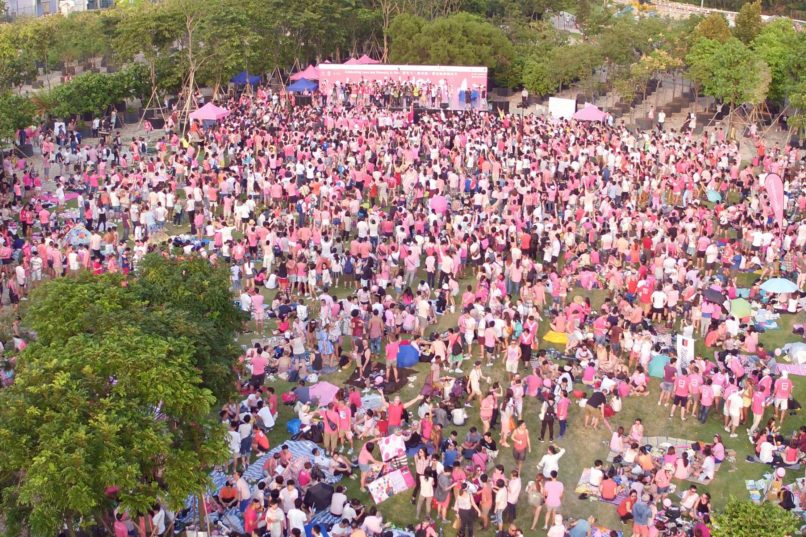 Don your pinkest outfit and show your support for love and equality at Pink Dot, the largest and most highly anticipated LGBT event all year. Evolving from a modest outdoor concert in 2012 to a truly representative party for the Hong Kong LGBT community, the event gathered more than 10,000 allies, friends and family of LGBT Hongkongers last year at West Kowloon Nursery Park, all to celebrate and create the iconic ‘pink dot’ as seen from above — the ultimate symbol of inclusivity and diversity. Performing guests this year will include pop singers Denise Ho (HOCC), Aga, Anthony Wong, Joyce Cheng, Josie Ho and her band The Uni Boys as well as Hong Kong indie darlings GDJYB and RubberBand. 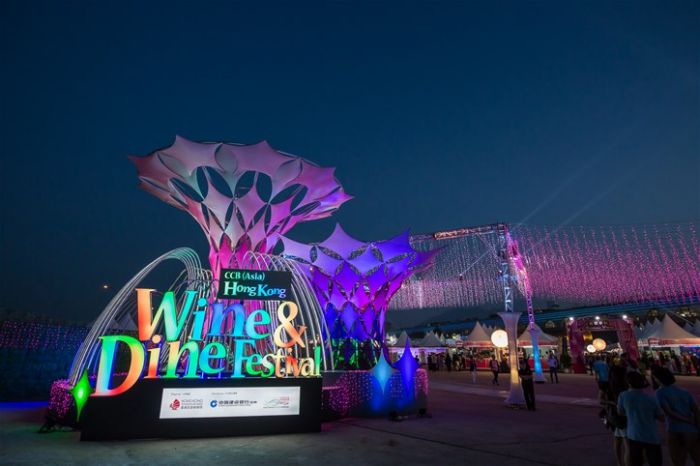 A calendar mainstay for any hungry Hongkonger is the annual Wine & Dine Festival — set to take over the harbourfront once again this year with delicious eats and pours. In celebration of this year being the 20th anniversary of Hong Kong’s Establishment day, the festival is hosting 20 special hotspots that include sommeliers’ booths and the ‘FeedMe Lane’ featuring specialty bites by the likes of Picada, Jinjuu and Cassio, as well as crossover dishes from Bo Innovation x Bibs N Hops and Drunken Pot x Lai Bun Fu. They’re all priced between an easy HK$50-150 per dish. Don’t miss the specialty pavilions for Bordeaux wines, as well as grapes from France and all across Europe, USA, Spain, Australia, and a dedicated section for premium bottles. In addition, there’ll be a Riedel Tasting Theatre for wine workshops. If you’re looking for a more one-of-a-kind gastronomic experience, head to the Tasting Room: the InterContinental Hong Kong will be presenting a Sunday tasting menu (HK$580 per person) with Champagne and wine pairings covering dishes from four of its restaurants. Taikoo Place will be brimming with arts this month during this collaborative event between West Kowloon and Swire Properties. More than 80 Hong Kong and international artists are set to perform at neighbourhood venues, from theatre to dance to music to multimedia productions, crossing over from the weird to the wonderful. Check out events such as the shadow puppet show Luna del Ray by Manual Cinema; and ACROBAT, a meal, storytelling and music session with jazz singer, cook and psychologist David Chong. This is the 11th year in the running for Hong Kong International Comedy Festival, which brings together comedy novices, veterans and legendary comics alike for a whole month of laughs. Thirty comedians from all over the world — including regulars on the Hong Kong stand-up scene such as Pete Grella, Andrew Chu, Tamby Chan and Garron Chiu will be vying for the top prize of HK$40,000 and an international tour. After the finals end on 4 November, Egyptian-American comic Ahmed Ahmed and Hong Kong’s return favourite Paul Ogata will be headlining at TakeOut Comedy as part of the festivities. 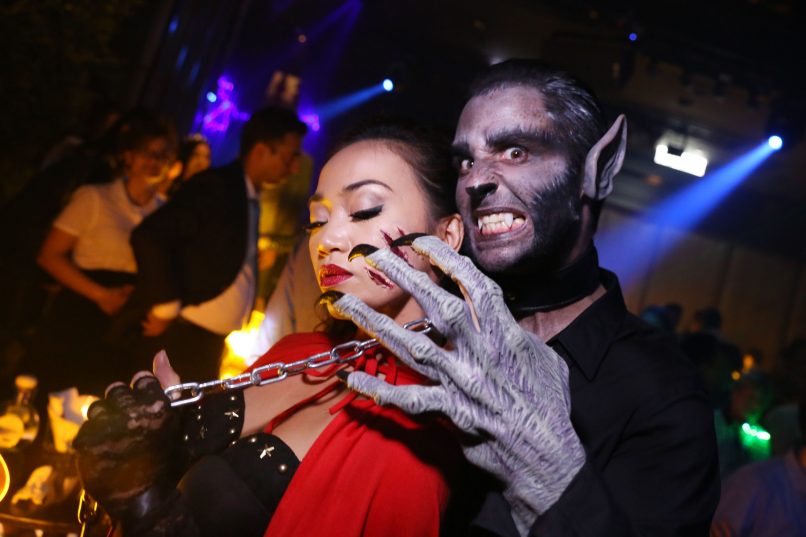 Halloween this year falls on a Tuesday, which means the weekend of 28-29 is when Hongkongers will be raising hell for arguably the most debaucherous weekend of the year. From a party with a killer view at Cé La Vi to the annual mysterious bash at Duddell’s and plenty more, it can be a tough choice to decide where to spend the frightful night. Stay tuned for our roundup of the best Halloween parties around town. As the weather cools and summer’s high-octane blockbusters fade away from the spotlight, it’s the time of year once again to enjoy a few thought-provoking new movies. The Hong Kong Asian Film Festival returns to town at the end of October, celebrating regional cinema with works by new and veteran directors alike. The festival opens with two highlight films: Somewhere Beyond the Mist is directed by Hong Kong Film Awards and Golden Horse Award-winning director Cheung King-wai. It’s a work about humanity found within a story of a teenage girl who murdered her parents. The other opening film is In Your Dreams, written and directed by new director Tam Wai-ching and starring Carina Lau as a secondary school teacher who falls in love with her student, at the same time revealing the stark loneliness inherent in our society.

Other highlights include large budget action films The Brink starring Zhang Jin, Shawn Yue, Janice Man, Wu Yue and Gordan Lam; and The Empty Hands, a Chapman To-directed film starring rom-com veteran Stephy Tang in a fresh role as a karate fighter. The closing films are also highly anticipated. We’re excited for The White Girl, directed by celebrated cinematographer Christopher Doyle and first-time director Jenny Suen, about the last fishing village in Hong Kong; as well as Love Education, a labour of love by Taiwanese director and actress Sylvia Chang that took four years to write — a weaving intergenerational story about the relationships and hardships experienced by three generations of mothers and daughters.