Home > Culture > Art & Design > I Love Your Work: Wing Shya on CRYPTYQUES and a life in Hong Kong cinema 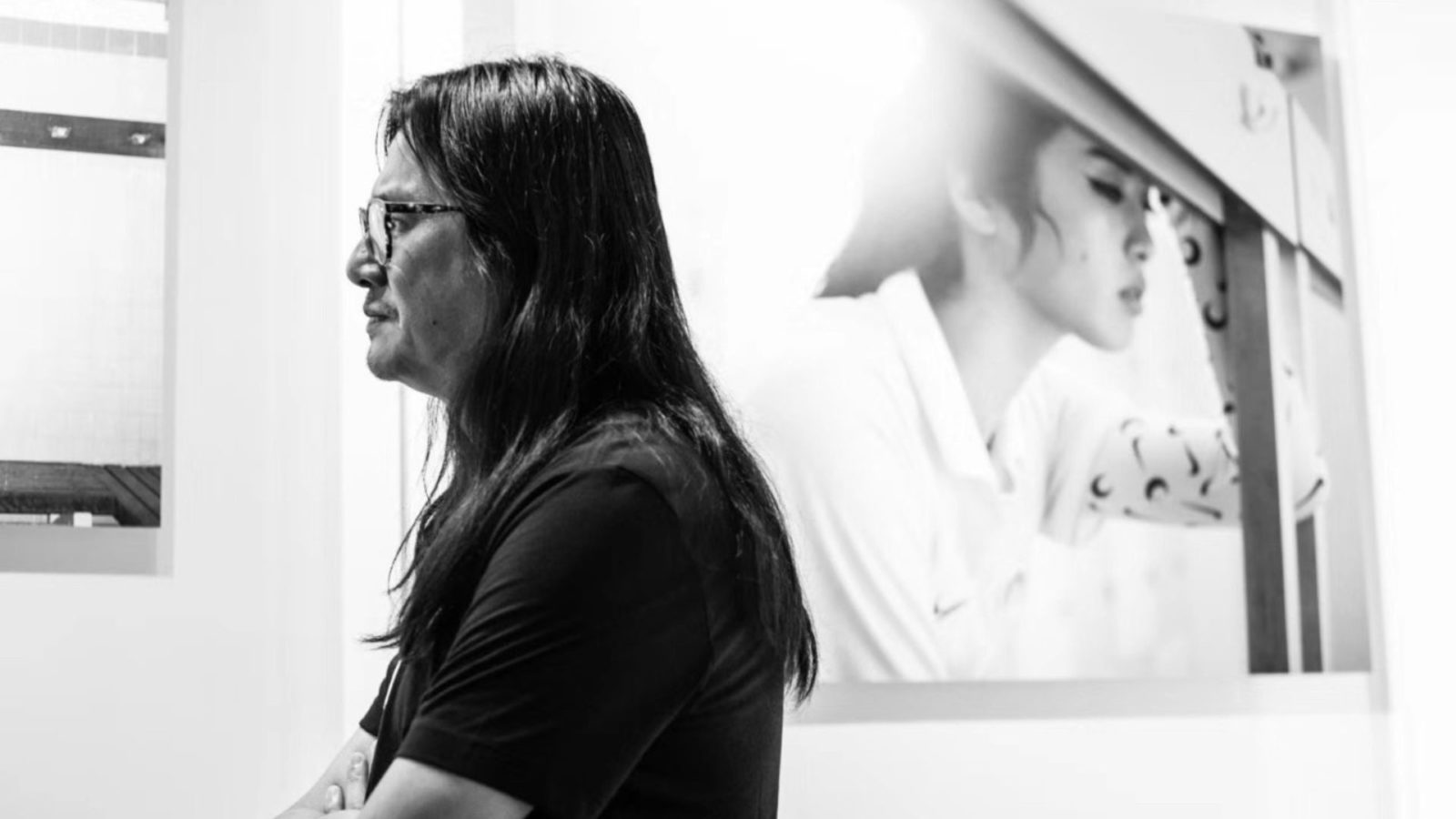 I Love Your Work: Wing Shya on CRYPTYQUES and a life in Hong Kong cinema

Culture
I Love Your Work: Wing Shya on CRYPTYQUES and a life in Hong Kong cinema
Share this article
Next article

With the launch of his latest project, CRYPTYQUES, Wing Shya is putting Hong Kong’s film history in a new light — and preserving it for future generations to come.

Wing Shya is a name that needs no introduction in Hong Kong. Before he became the go-to shooter and graphic designer for the legendary Wong Kar-wai, Shya had already been creating breathtaking visuals since his first “serious” photography project, a City Magazine cover with actor and singer Ekin Cheng back in ’96.

It’s a journey that all began at a one-hour-photo shop, a part-time job where Shya, a teenager at the time, first took an interest in photography. After studying graphic design in Canada, he returned home to Hong Kong, never expecting a TV commercial shoot would land him a gig capturing stills for some of the most hauntingly beautiful films ever made, such as 1997’s Happy Together, 2000’s In the Mood for Love and and 2004’s 2046.

Continuing to shoot for art and commercial projects, and eventually going on to create films of his own — 2010’s Hot Summer Days, 2011’s Love In Space — Shya cemented his place as a staple of Hong Kong culture. And thanks to social media, his work has gone around the world many times over, introducing new audiences to names like Tony and Maggie and Leslie — images of unfulfilled desire and agonising loneliness were like catnip to a generation of Tumblr teens.

With his latest project, Wing Shya is going a step further to ensure those images live on to inspire and haunt and captivate for many years to come. Turning celebrated moments from Hong Kong cinema into “movie-themed NFT collectibles”, Wing joined forces with Mei Ah Entertainment Group and BEAM+ LAB to launch CRYPTYQUES at Central’s newly opened Haus of Contemporary gallery space this June.

Over the upcoming months, the project will continue to roll out in three phases: past, present and future. “Past” will cover seven emotions — Desire, Fury, Fear, Joy, Bitterness, Loathe and Love — each with their own unique drop made of classic Hong Kong movie scenes, now converted into 3D-animated clips with point cloud technology.

“It’s a process of reviewing the past and reimagining what it could be for the future,” says Shya.

To mark the launch of CRYPTYQUES, Lifestyle Asia reached out to Wing Shya to chat about the project, reflections his own work and a career spent alongside Hong Kong’s cinema legends.

Wing Shya on CRYPTYQUES and a life in Hong Kong cinema

What sparked your interest in art and design? Did photography and film play any role in your childhood?

I was never a good student and never was able to study. I was very into music at the beginning and thought that I would be some sort of artist. When I was 16, I got a part-time job at a one-hour photo-developing shop and that’s when I learned about photos. But I was never really like a big fan of art and design; the course had taken me into this stream without much planning, unlike many others who have been fanatics to begin with.

Did you ever envision the career you’ve had while you were studying in Canada? What was your plan after graduation?

I was planning to become a graphic designer while I was in Canada, and I planned to do graphic design in Hong Kong after graduating.

Do you still have or remember which images were part of your first “serious” shoot?

How did you and Wong Kar-wai first start working together?

I was introduced to him first to help with a TV commercial, taking stills there. After that encounter, he took me under his wing and asked me to join his film shooting in Argentina.

What was he like to work with and what did you learn from working on his sets?

I learned about how he sees things and his aesthetics, as well as his passion in creating.

Of all the subjects you’ve worked with, did you have a favourite to shoot?

I enjoyed a lot working with the actors from Wong Kar-wai’s movies like Tony Leung, Maggie Cheung and Gong Li.

When you progressed to directing and filmmaking, did he help push you toward directing yourself? What made you take the leap?

I was rather passive, but [Wong] did come forward to help me with how to establish a perspective in seeing a narrative.

I feel like social media brought your work to a new generation on a global scale. How did that feel? When did you notice?

I don’t pay a lot of attention on what others look at; I am more interested in how social media has allowed me to look at works by different people and generations all around the world.

How did the CRYPTYQUES project end up coming together, and what is your ultimate hope for the project?

I have not thought about a lot on hopes and such, because when I am commissioned to work on something, I just focus on building it. The CRYPTYQUES is sort of a new medium as it is a metaverse project, so I find it very interesting to try out developing works via this new medium while also bonding the old and the new.

What in your eyes is the benefit that NFTs can bring to these images, these stories and Hong Kong cinema as a whole?

It’s a process of reviewing the past and reimagining what it could be for the future, denoting for our generation about an identity, perhaps.

After minting, where does the project go? Are you planning on building a community around holders and how will that work?

My area with CRYPTYQUES lies within the scope of creative, so when it comes to business and Web3 tactics, those would not exactly be my department. But we do screenings on Discord almost daily now, with mini-games to engage people. We hope that people would stick around and also begin to dwell into the process of “decryption”, which is the main idea of CRYPTYQUES.

Do you sense that there’s a hunger or nostalgia for that “golden age” of Hong Kong culture, and do you feel hope that a resurgence is coming?

I think it is normal to feel nostalgic as this has been a general trend globally when it comes to popular culture — think about Stranger Things. With Hong Kong though, I do not look specifically into the particulars of whether this is really happening. If it happens, then it happens. I’m also a member who goes with the flow.

In Hong Kong, whether it’s art or music or film, is there anyone who’s work has resonated with you lately?

I’ve been paying attention to a musician whose name is Mike Tsang. He gives a lot of genuinely great performances on stage especially covering the nostalgic oldies for the TV programme [Infinity and Beyond]. In art making, for example, there’s also this artist called Lousy who’s making quite a name in these couple of years, who I find intriguing not simply because of his works, but also the generation of people he represents and the sort of “sub-culture” they belong.

Is Hong Kong still a good place for young artists? What’s your hope for the future?

A place would not define for the artists, whether young or not. It’s all about that individual who is making art, and how he or she works to cultivate it. People in Hong Kong were more bold in the past, and I really wish to see people being more bold creatively. Audacity is the key.

Hong Kong Wing Shya Photography Exhibitions wong kar-wai digital art NFT artwork cryptyques
You might also like ...
Culture
M+ Cinema to open in June with international avant-garde films and a new take on Hong Kong cinema
Culture
Legendary Hong Kong director John Woo taps Kid Cudi for his latest film, ‘Silent Night’
Culture
10 new-ish films directed by women
Style
A starry, starry night at Gucci’s Landmark flagship store reopening
Nathan Erickson
Editor-in-Chief
Made in Seoul and based in Hong Kong, Nathan has covered food, fashion and music from New York to Paris to Oaxaca. He enjoys street photography, buying too many hooded sweatshirts and he'll never turn down a tequila soda. Catch him on weekends hiking trails all over Hong Kong in hopes of finding his idol, Chow Yun-fat.
Sign up for our newsletters to have the latest stories delivered straight to your inbox every week.