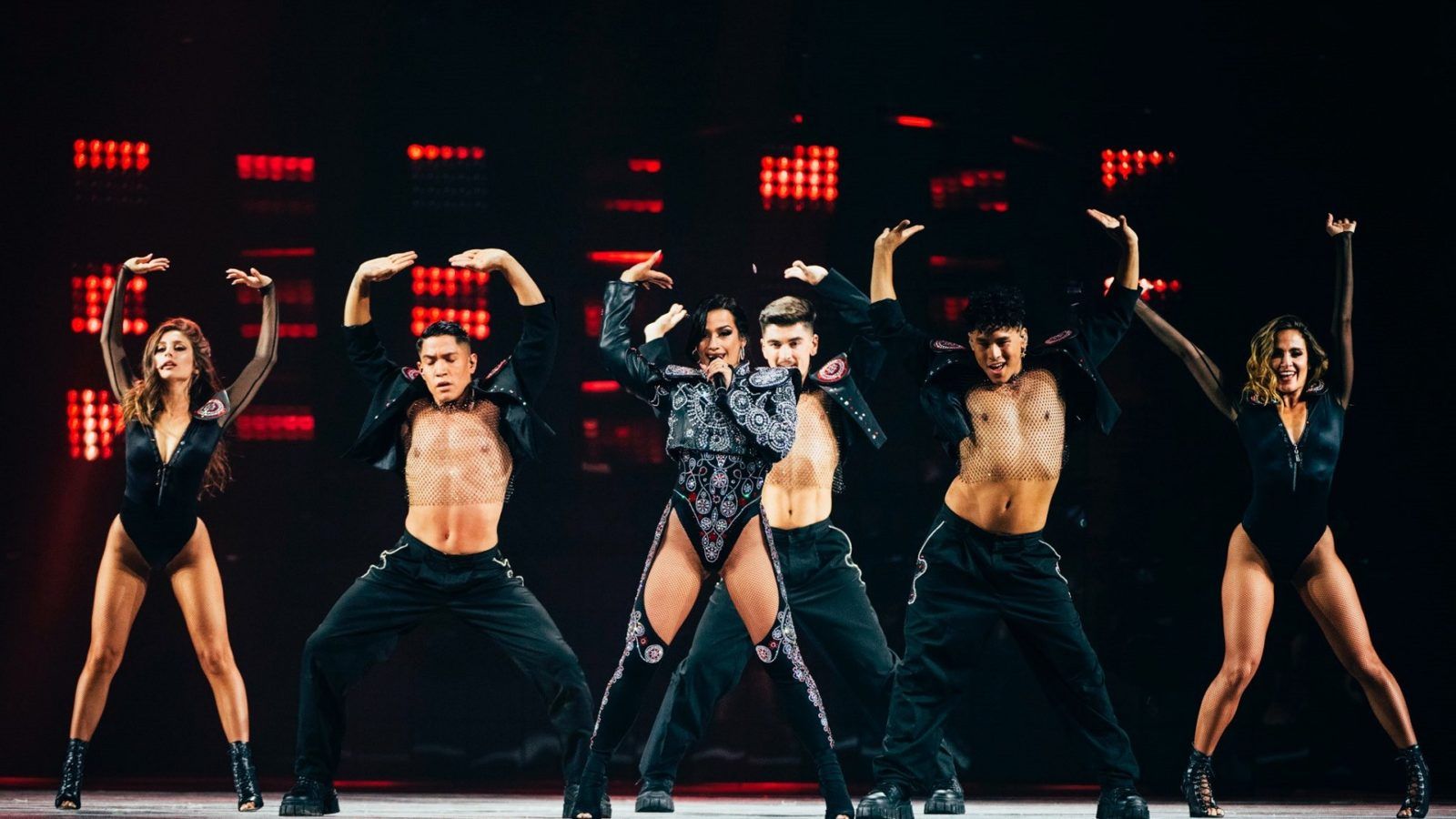 The 2022 Eurovision Song Contest had its share of wildest performances. Each was a gem in its own way, but not all can be a winner in a global contest!

Ukraine’s Kalush Orchestra won the 2022 Eurovision Song Contest with their song “Stefania” on the final day of the competition on 14 May 2022. The song has received widespread acclaim especially because it symbolises the resilience of the people of Ukraine in the face of the Russian invasion of their beautiful homeland.

Thanks to voters from across Europe and Australia, the orchestra got 631 points — far ahead of second place the UK, which ended with 466 for Sam Ryder’s “Space Man”. It was the third win for Ukraine at the Eurovision Song Contest. The country previously won in 2004 and 2016.

Spain finished third because of a brilliant performance and fantastic singing of “SloMo” by Chanel.

More about the 2022 Eurovision Song Contest

The 2022 Eurovision Song Contest was held in Turin, Italy, in keeping with a tradition in which the winning country in a particular year gets to host the event the following year. The winner of the 2021 contest was Måneskin for the song “Zitti e buoni”. Måneskin returned to perform during the half-time of the 2022 edition.

The Grand Final was contested by 25 countries, five of whom — France, Germany, Italy, Spain and the UK — get automatic entry because most of the funds for hosting Eurovision Song Contest come from them.

The most memorable ones were of course a mix of brilliant and weird. Those in-between are usually hardly ever remembered.

Chanel did amazingly well with the song “Slo Mo”, eventually propelling her country to the third place. But it was her performance to the song, originally written for Jennifer Lopez, that drew in the applause of the audience.

The dance was outstanding, going perfectly in tempo with the music. Chanel outclassed every other competitor in creating an excellent visual spectacle.

One of the wildest and weirdest performances at the 2022 Eurovision Song Contest came from Norway. Subwoolfer, an electo-Mumford and Sons band, sang “Give That Wolf a Banana”. The lyrics apart, it was the outfit the two-member band and the back-up dancers wore that won’t be forgotten in years to come.

All of them were dressed in yellow coloured full body Lycra or suits. They wore yellow masks and donned sunglasses. The masks of the two members, whose identities have not been revealed, were shaped like wolves.

One of the wildest performances for the fans at the contest came from Sam Ryder. Ryder’s performance was a reflection of his astronomical rise in just about two years since he first uploaded a cover video on social media in March 2020.

Thanks to Ryder’s performance, the UK bounced back after a string of abysmal failures at previous editions of Eurovision Song Contest. And what made Ryder even more appealing was his stars-and-moons jumpsuit.

Konstrakta of Serbia brought her country into the 5th place with “In Corpore Sano” but it was how she executed it which truly was something to behold.

The singer performed her entire piece staring at the cameras while washing her hands in a bowl of water. Behind her backup-dancers dressed as priests delivered Latin verses.

That performance had a very deep message — the song was after all a critique of the Serbian healthcare system as well as a satire on societal expectations of unrealistic beauty standards.

No wonder viewers loved it, and for a while Konstrakta was at the top of the table.

Finishing at No.4, Sweden continued its excellent record at the Eurovision Song Contest through the years. This time, the country was represented by Cornelia Jakobs. A winner of Melodifestivalen in her home country, Jakobs won hearts with the ballad “Hold Me Closer”.

“Halo” was one of the wildest songs at the 2022 Eurovision Song Contest. Performed by LUM!X featuring Pia Maria, the electrifying number led to audiences dancing to the beats. But unfortunately, Austria couldn’t make it to the finals.

LUM!X, whose real name is Luca Michlmayr, came into prominence with the viral smash hit “Monster”, which has been streamed over 200 million times on Spotify alone. Pia Maria, on the other hand, comes from a musical theatre background.

Chanel Ukraine 2022 Eurovision Song Contest Kalush Orchestra Sam Ryder
Manas Sen Gupta
Manas enjoys reading detective fiction and writing about anything that interests him. When not doing either of the two, he checks Instagram for the latest posts by travellers. Winter is his favourite season and he can happily eat a bowl of noodles any time of the day.
Travel Culture Entertainment Food
Sign up for our newsletters to have the latest stories delivered straight to your inbox every week.