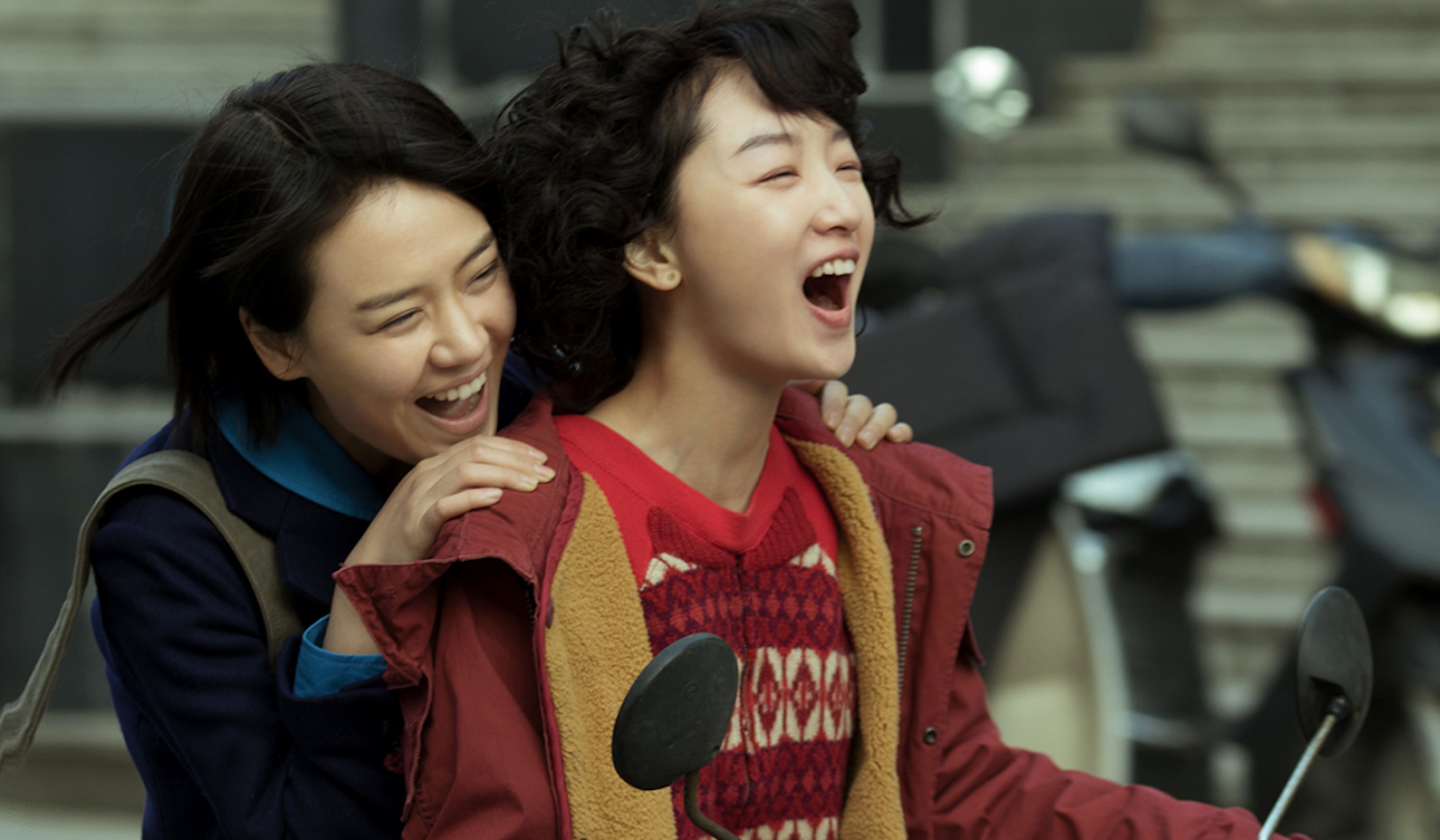 The best Asian movies to watch this awards season

We’re in the thick of film-awards season, what with the BAFTAs having just passed last weekend, the Berlin International Film Festival this week, and of course, the venerable Academy Awards coming up on 26 February. But that’s not the end of it: At the regional level, the Asian Film Awards will be handed out on 21 March, followed by the Hong Kong Film Awards on 9 April. While film buffs may be looking starry-eyed towards the likes of Hollywood’s La La Land, Moonlight and Manchester by the Sea, there’s no shortage of amazing gems in Asian cinema. Hunt down the following picks for your next movie night. 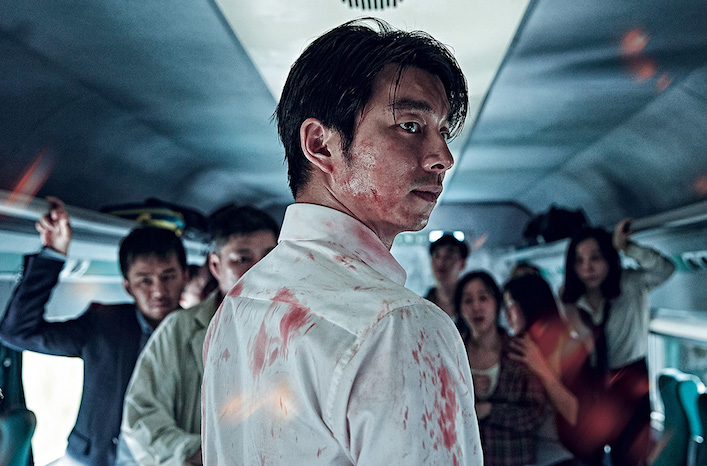 Something to set the heart racing, this film is set on a slow-moving locomotive filled with the undead. Amongst a few heartfelt arty selections in awards season, this Korean zombie blockbuster stands out by amping up the entertainment factor and, in doing so, is probably still on everyone’s brains since its Hong Kong summer release last year. The film’s worth a second viewing (or a first-time watch) — especially as it’s nominated in five categories at the Asian Film Awards alone. Perhaps an even higher achievement is that it was the top-grossing Asian film in all of Hong Kong history, making more than HK$66.3 million at the Hong Kong box offices in the first month of release. You’ll definitely want to see what the fuss is all about. 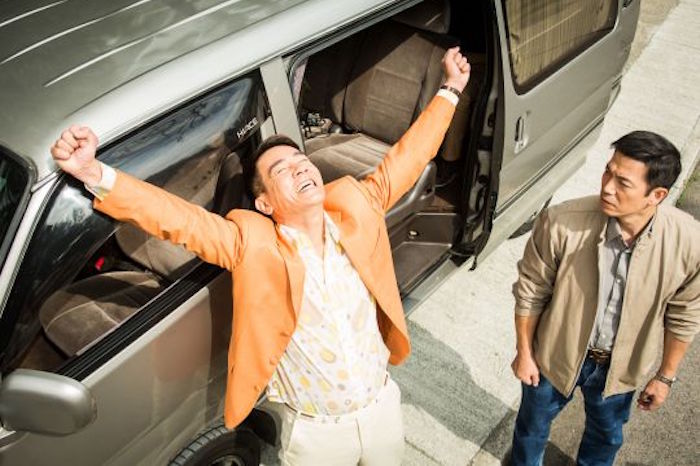 Set in 1997, this throwback Hong Kong crime thriller features the debut directorial efforts of Frank Hui, Jevons Au and Vicky Wong, with production backed by the venerable duo Johnnie To and Yau Nai-hoi. It tells the fictional tale of three of Hong Kong’s biggest mobsters back in the ’90s, when it was rumoured that the three kings of crime were trying to pull off their greatest stunt, all before the handover marked the end of an era. In the film their stories are told side by side, with each plot unveiling in the distinct style of each individual director. Watch for the nostalgia factor, plus the set and costume designs showing off the best of gaudy-’90s-Hong- Kong-gangster-chic. 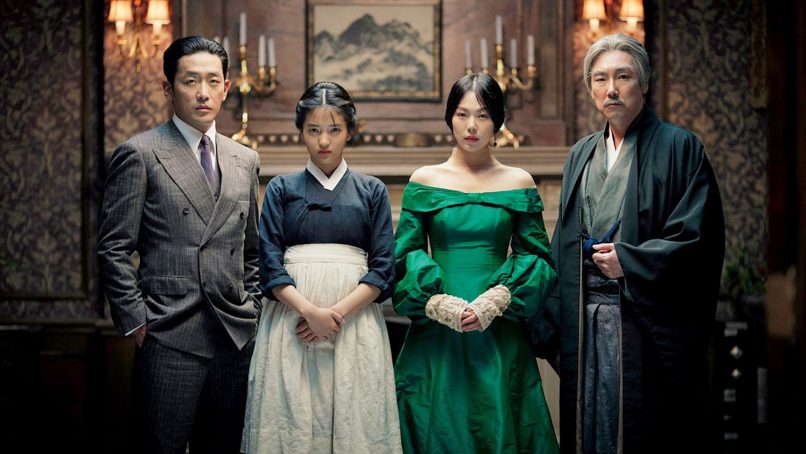 Based on Sarah Waters’ 2002 novel Fingersmith, about a con artist trying to marry a wealthy heiress, The Handmaiden was produced by Korean filmmaker Park Chan-wook (known for his vibrant revenge works, such as Oldboy) in an acclaimed silver screen retelling last year, which has been steadily picking up plenty of accolades. It’s a lesbian revenge thriller full of twists and turns, set in Japanese-occupied Korea, as opposed to the Victorian England of the source material. Perverse, suspenseful and thoroughly satisfying, if you haven’t seen this film yet, you’ll want to do so ASAP.

I Am Not Madame Bovary 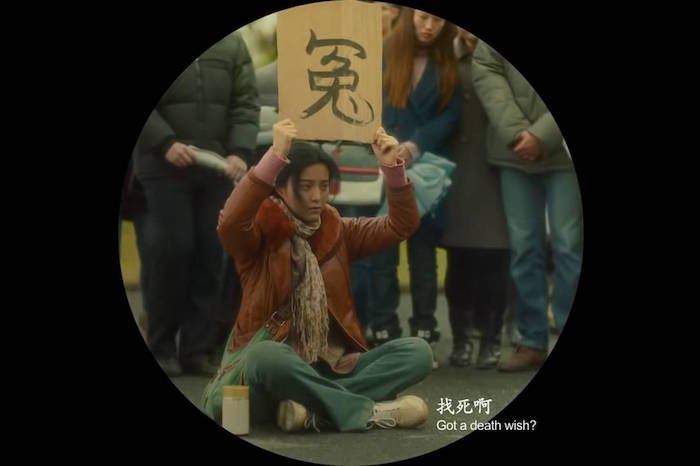 Released in November last year, director Feng Xiaogang’s return to dark satirical comedy earned him the Best Director gong at the Golden Horse Awards, and is a strong contender for five categories at the upcoming Asian Film Awards. Rife with dry humour and a highly praised performance by Fan Bingbing, I Am Not Madame Bovary follows Fan as Li Xuelian, a village woman who spends 10 years vying for justice after her ex-husband cheats her out of a promised shared property — a commentary on the harsh bureaucracy that still exists in government. It’s been praised for its painterly cinematography and composition, so arthouse nerds (if you haven’t already seen this film) will have a ball. 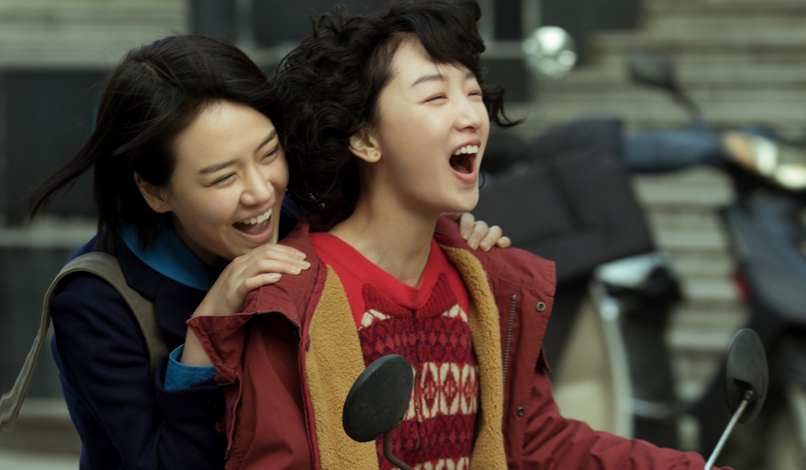 Skip your regular rom-com night for this delicate romance-slash-coming-of-age-tale helmed by Hong Kong actor/director Derek Tsang Kwok-cheung. With a whopping 12 nominations at the Hong Kong Film Awards, it’s a bittersweet tale about the hows and whys of a disintegrated friendship between two best friends, Qiyue and Ansheng when a boy comes between them. Didn’t anyone ever tell them, “ovaries before brovaries”? 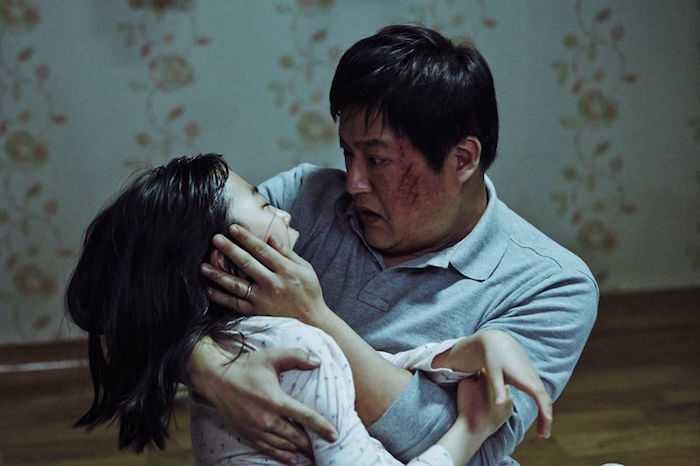 While its epic length (156 minutes) might deter those who prefer short and snappy storytelling, this Korean horror/mystery racked up an impressive 99% rating on RottenTomatoes.com, so it’s more than likely justified by all its supernatural weirdness. In a rural South Korean village, strange, violent deaths begin to occur when a Japanese stranger arrives in town. When the investigating officer’s own young daughter falls victim to the surreal plague, a shaman is enlisted to get to the bottom of the spate of incidents. This is a strong contender for Best Film at the Asian Film Awards. 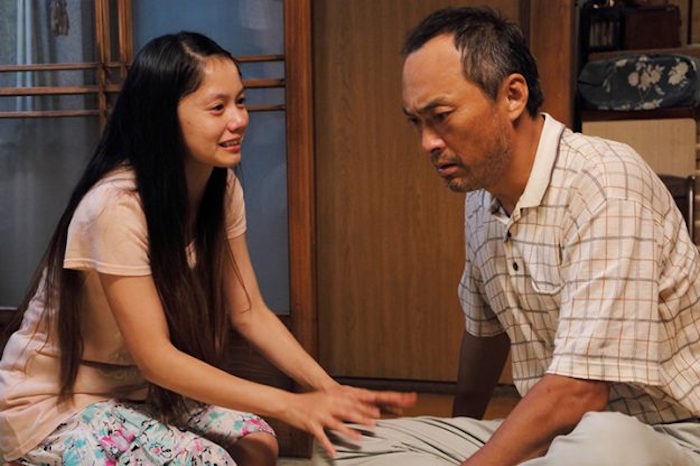 Ken Watanabe stars in this repeat collaboration with director Lee Sang-il (the two worked together on a Japanese adaptation of Clint Eastwood’s Unforgiven) in this complex murder mystery. Supporting actor Ayano Go and newcomer Sakumoto Takara both scored nominations for their performances. Weaving together the lives of strangers across Chiba, Tokyo and Okinawa, sinister threads are interspersed between stunning backdrops of Japan’s island villages and thumping clubs, muddling each character’s role in the spate of brutal murders before the big reveal. 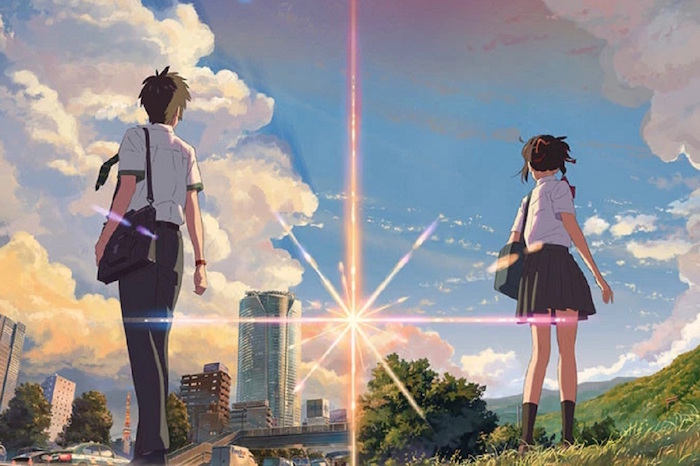 The body-swapping trope is not new in the cinematic world, but this animated film clearly hits all the right notes, telling the story of a man and a woman who live in the city and the countryside of Tokyo, who suddenly start switching bodies after drinking a ritualistic sake. The film was heavily praised for its emotive storytelling and artful cinematography, and subsequently became the highest grossing anime film in the world, hitting over US$331 million as of January 2017. If box office numbers are to be believed, you should give it a shot.

The Summer Is Gone 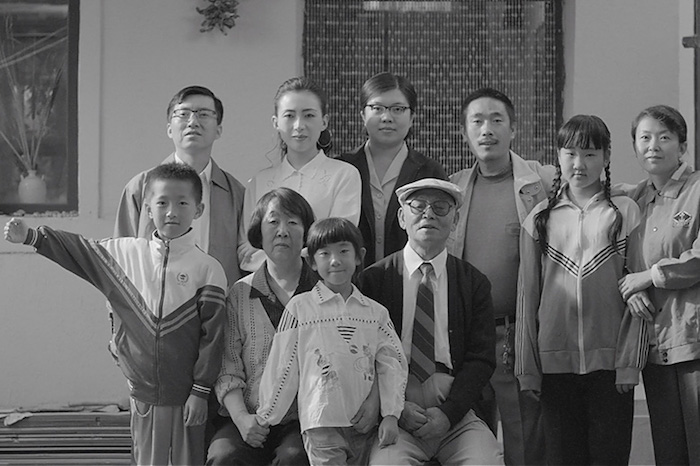 Enjoying its limelight after winning Best Film at the recent Golden Horse Awards, this debut feature by Zhang Dalei is a quiet childhood memoir shot in graceful black and white, save for the last dedication in colour. With a sleepy, last-day-of-summer-camp air that permeates the film, it captures the changing tides of modern China in the late ’90s, as well as the humbling hindsight one experiences whilst looking back on their childhood, especially the gratitude owed to family and friends that helped us come of age. 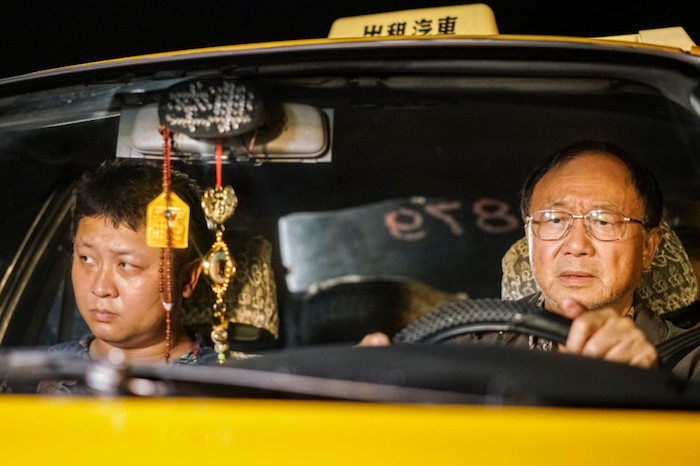 Hong Kong’s own comedy king, Michael Hui, makes an understated yet notable comeback in this dangerous road caper by Taiwanese director Chung Mong-hong, who’s known for his pitch-black comedies. Hui plays an immigrant who moved to Taiwan over 20 years ago, and is now a taxi driver who has fallen on hard times. Meeting terse stranger Na Dow, who hails his cab, the two set off on an important drug delivery where everything, inevitably, goes wrong. 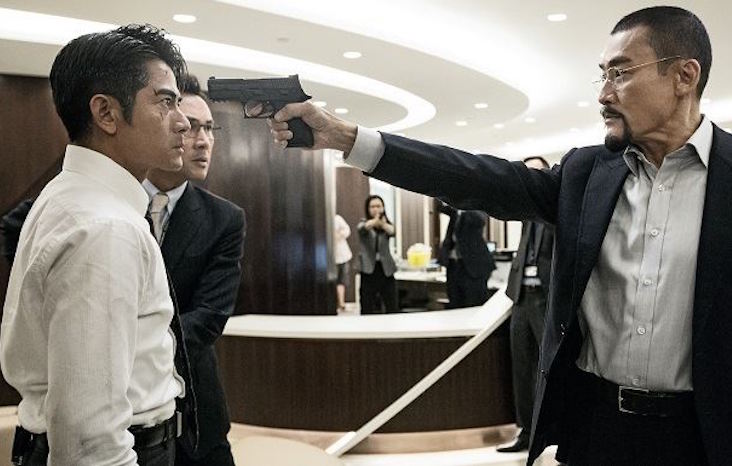 It’s hard for a Hongkonger to resist a cop thriller. In this popular sequel, it’s all political intrigue, terrorist car chases, and a secret power struggle involving the Hong Kong Police Force, the justice system, and the most powerful individuals in Hong Kong — what’s not to like? Despite being a tad self-important and far-fetched in its plot and script, the high-achieving sequel certainly makes for an entertaining afternoon. Watch it and see if it warrants the 10 nominations it received for the upcoming Hong Kong Film Awards.