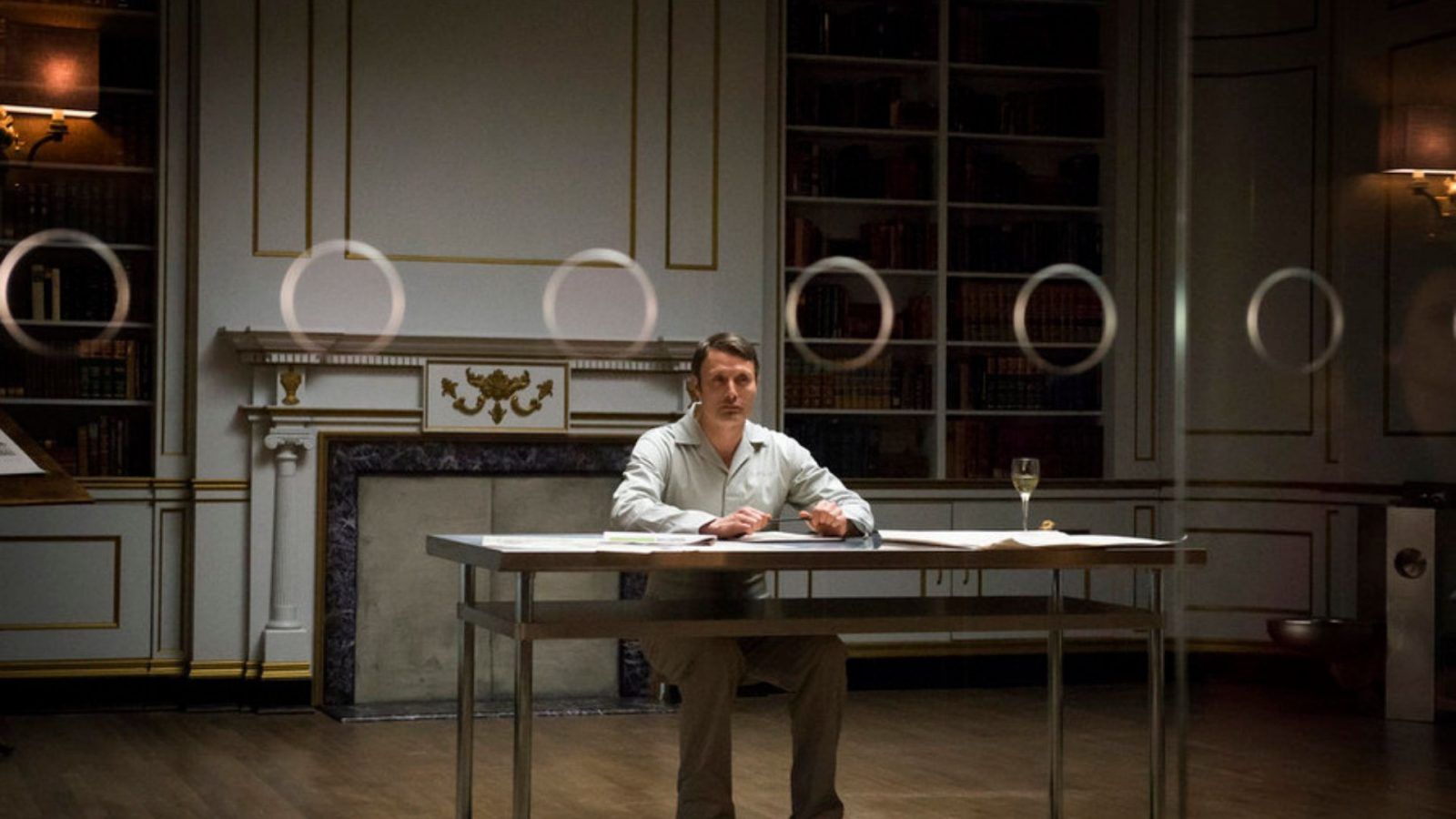 ‘Hannibal’ to ‘Mindhunter’: 10 best serial killer TV shows that will send chills down your spine

Culture
‘Hannibal’ to ‘Mindhunter’: 10 best serial killer TV shows that will send chills down your spine
Share this article
Next article

That’s the thing about most serial killers — they can be thorough gentlemen, but under the garb of the charm lies a stone-cold murderer. Probably, that is what makes their stories so intriguing.

Whether it is about the fictional vigilante serial killer Dexter Morgan or real-life serial killers like Ted Bundy and Charles Sobhraj, serial killer shows somehow make for great binge-watching options. Spanning over a number of episodes, while each TV show is more intriguing than the other, they are sure to have you peeking through your fingers.

Starring Golden Globes award-winning star Michael C. Hall as the lovable and charming Dexter Morgan, this is one of the best serial killer series. With eight seasons and a special show, Dexter portrays the conflict between the protagonist himself and committing crimes as heinous as murder. The show also stars Jennifer Carpenter as Debra Morgan and John Lithgow as the Trinity Killer.

A forensic expert on blood spatter with the Miami Metro Police Department, Dexter turns into a shrewd and cold-hearted serial killer at night. This is because the trauma of a troubled childhood haunts him and manifests itself in his desire to kill. Additionally, since he works with the police, he has access to all the inside information to prevent and solve murder mysteries, helping him to leave no clue behind.

However, there’s a catch. Set in a bright and sunny Miami, Dexter’s victims are other serial killers. Full of dark humour, this serial killer show saw a revival through a mini-series titled Dexter: New Blood (2021-2022) which marks the end of the killings of Dexter Morgan.

Inspired by the 1995 non-fiction book, Mindhunter: Inside the FBI’s Elite Serial Crime Unit, the series had a mix of real dialogue from interviews of the serial killers and dramatisation of real-life events. Such was the brilliant performance by the cast that Cameron Britton, who plays the dreaded serial killer Edmund Kemper, received an Emmy nomination. Even the characters of Holden and Bill are based on the true story of former FBI Agents John E. Douglas and Robert K. Ressler.

If you are particularly intrigued by true crime stories and the workings of serial killers’ minds, then Mindhunter has to be on your list.

The gory serial killer show aired on network television via NBC. It draws ideas from Thomas Harris’ novels — Red Dragon (1981), Hannibal (1999) and Hannibal Rising (2006) — the show is all about gruesome killings by a predator who seems refined and elegant and has a unique dexterity with the knife.

When FBI special investigator and criminal profiler Will Graham (Hugh Dancy) visits the brilliant forensic psychiatrist Dr Hannibal Lecter (Mads Mikkelsen) to get behind the psyche of violent serial killers, little does he know that he is indeed talking to a dreadful serial killer. The relationship between the two forms the basis of the show.

Hannibal is a multi-faceted man. Besides being a brilliant psychiatrist, he is an excellent chef, as well as a perpetrator of cannibalism. While he can whip up elegantly plated dishes made with the victim’s limbs, he also, at times, goes to extreme lengths as he tries to get into Graham’s mind and manipulate him.

Should you trust all that you see? This Netflix series is going to make you doubt everyone around you.

Joe Goldberg (Penn Badgley) is the typical lovable, charming boy next door. However, if it is your ill luck, you will be unearthing his dark secret. He is obsessively romantic and if he desires you, you are in for some unforeseen turn of events. In the first season, he falls for a girl at a bookstore but soon begins to manipulate and control every aspect of her life. When things don’t work out, the psychopathic serial killer surfaces.

However, after multiple murders, Joe moves to Los Angeles for a fresh start. While he tries to escape his past, Joe meets someone who desires him equally. However, he gets caught in his own game by the end of the season.

In the latest season shows a married Joe, but the dangers are far from ending.

They say no one is born evil. And this is one of the best serial killer TV shows that takes a step back to show what led Norman Bates (Freddie Highmore) to become the notorious killer that he is in Alfred Hitchcock’s 1960 film Psycho.

Though the series is pictured as a prequel to the film, its setting is in the modern day. The series shows Norman and his mother Norma Bates (Vera Farmiga) at their namesake motel while the two share a very strange relationship. Norman is obsessed, sharing an almost Oedipal complex, with his mother who he thinks has killed his friend and his mother. She, on the other hand, covers up for his murders.

While Hitchcock portrays the adult serial killer, this A&E television series shows the teenager with a troubled childhood that severely affected his mental health, sending him on a murder spree.

We can assure you that if you see Highmore in The Good Doctor (2017- ) after watching his performance in this five-season serial killer show, you will be amazed by the actor’s versatility.

Conversations With A Killer: The Ted Bundy Tapes (2019)

If true crime, real-life criminal minds and an astounding murder score pique your interest, Netflix has this outstanding series for you. It takes viewers back to the gruesome days of one of America’s most macabre serial killers.

Accused of innumerable rapes and murders in the 1970s and even before, Ted Bundy was sentenced to death and executed in Florida in 1989. A handsome Ted became a sort of celebrity during his trial period and garnered huge media attention, especially after he fled from custody in Colorado in 1977. His trial also became well publicised due to his unmissable charm and intelligence.

The Netflix docuseries unearths some significant interview tapes with the killer himself as well as his family, friends, surviving victims, law enforcement officials and others. Although only four episodes long, it reveals several unknown facts and details about the serial killer that many may still not know.

Watch Conversations With A Killer: The Ted Bundy Tapes here.

Documenting the life of the infamous ‘bikini killer’ Charles Sobhraj, The Serpent is another true-crime series on Netflix.

This stylish and exuberant serial killer targeted backpackers who followed the ‘hippie trail’ in the 1970s in Thailand. He first drugged them, robbed their passports and belongings, and ultimately killed them. Another unique quality of this diabolic killer was that he used his dominating charm and personality to get by trials and jail officials. He even attracted female inmates while in prison.

Tahar Rahim plays Charles in the series. The docuseries follows him and his girlfriend Marie-Andrée Leclerc (Jenna Coleman) as they travel the world selling gems for a year until a Dutch diplomat Herman Knippenberg started probing the murder of two Dutch tourists which led him to the wormhole of this killer. The series is a dramatisation of all the reportedly real-life events.

The Raincoat Killer: Chasing A Predator In Korea (2021)

When a young Yoo Young-chul surfaced as one of the most devilish serial killers in South Korea in 2004, he garnered worldwide attention.

This Netflix true-crime docuseries chronicles the gory murders and a hunt for this serial killer. Yoo battered his victims, who were mainly sex workers and rich elderly people, with hammers and burnt them, too.

The infamous case and its gruesome details of cannibalism led to the debate over the serial killer’s death penalty as well.

Watch The Raincoat Killer: Chasing A Predator In Korea here.

Prodigal Son is quite different from other serial-killer shows, as it adds a slight biblical angle of the prodigal son to the primary theme.

Tom Payne stars as Malcolm Bright in the lead role. Malcolm is a former FBI profiler who works with the NYPD. He has a unique ability to analyse a murder from the point of view of the killer and is also well-known among his peers for turning in his serial killer father Dr Martin Whitly (Michael Sheen), aka The Surgeon. When another serial killer goes on a killing spree just using Martin’s methods, Malcolm turns to his father.

Indian Predator: The Butcher of Delhi (2022)

In the 2000s, the Indian national capital, New Delhi, was wrecked by heinous serial killings. When the police started probing the case, more horrifying details began to surface with beheaded and mutilated bodies found all over the city. In a turn of events, the killer sends the police an open letter, challenging them to catch him.

Based on the infamous serial killer Chandrakant Jha, this three-episode-long docuseries is directed by Ayesha Sood. The horrid killings, police investigations, the witch hunt for Jha and his subsequent arrest make this one of the most morbid shows on serial killers.

tv shows Hannibal Best Crime Series on Netflix serial killer shows Serial killer tv shows
Trinetra Paul
An ardent foodie, Trinetra seeks every opportunity of travelling and writing. Storytelling and slam poetry are her go-to jam. Her lazying around ideas includes binge watching and whipping up some snacks or searching the next place to visit.
Sign up for our newsletters to have the latest stories delivered straight to your inbox every week.