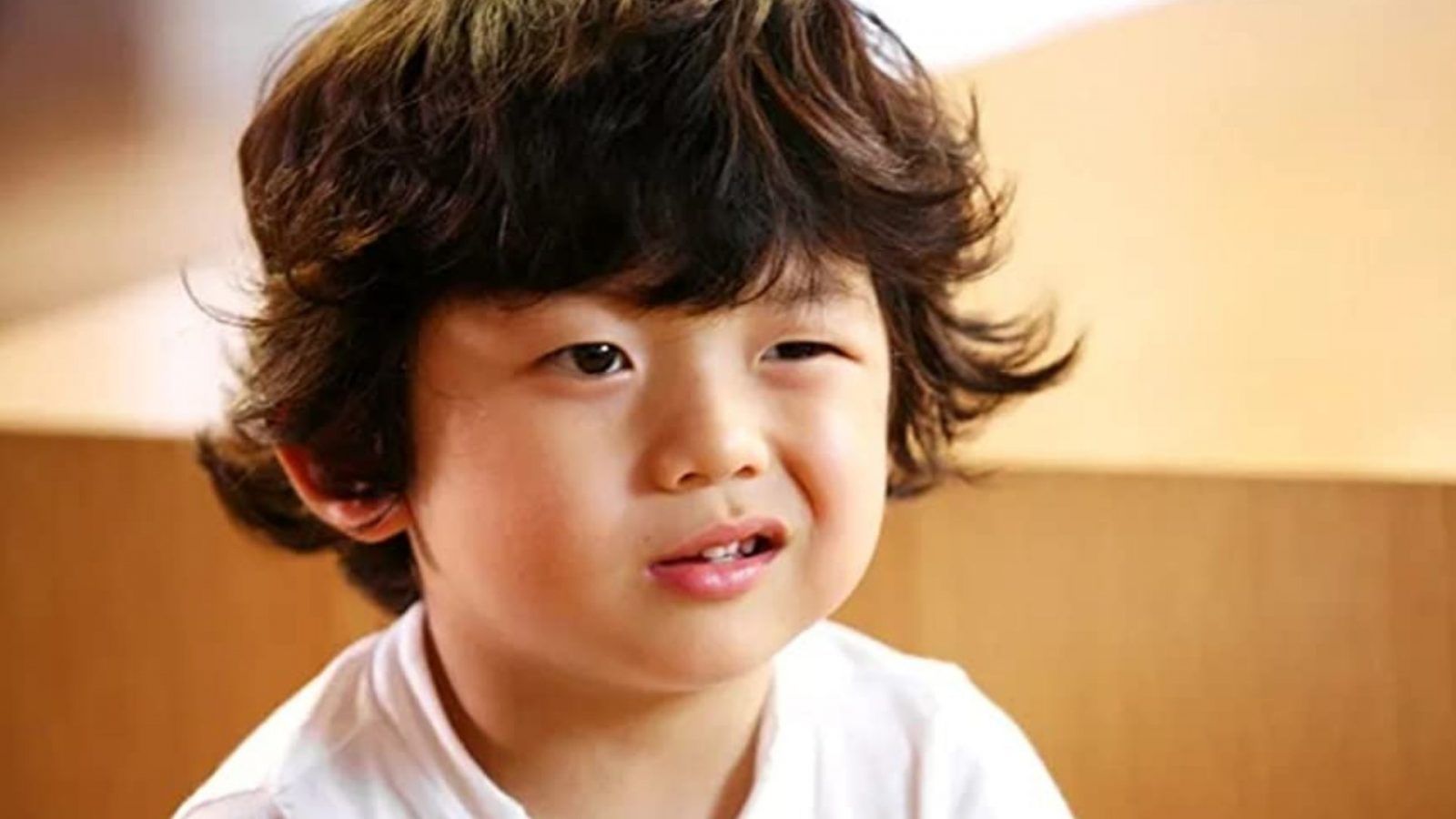 With millennials and Gen Z completely obsessed with everything originating from South Korea, including skincare, Korean movies, music and edgy Korean dramas such as Squid Game (2021-), we are taken over by the Hallyu wave, nay, avalanche! So, it is only fitting that the streaming platforms are heavily invested in Korean pop culture. It is astonishing how Korean movies have become so relevant and nothing short of a global phenomenon in recent times, especially in India. And, Korean comedy movies are no less.

Relatable yet aspirational, the Korean culture has managed to hit Indians at a sweet spot. And, do you know a fun fact? Korean is the fastest-growing language in India.

Parasite changed it all

While the Hallyu wave has been steadily growing over the years with Korean movies getting global recognition, it is only after the Academic Award success of Parasite (2020) did the world wake up to this phenomenon. Korean movies are essentially known for their gripping plots, thrilling twists, intense storytelling, mushy romantic sequences and of course, great performances.

However, a true fan can’t discount the fact that some of the best Korean comedy movies on various streaming platforms are simply unmissable. They are sure to tickle your funny bone whenever you need a pick-me-up after a tiring day.

Cast: Cha Tae-hyun as Kyun-woo and Jun Ji-hyun as the mysterious girl

Synopsis: Kyun-Woo unexpectedly meets a girl under unusual circumstances and gets attached to her. However, she takes jibes at him at every given opportunity. What follows are several ups and downs in their quirky relationship.

Sleek, snazzy and full of action, this movie is a must-watch.

Synopsis: Ki-joon and Hee-yeol are trainees at the Korean National Police University who decide to solve a real-life case of their own. Catch this movie for top-notch action sequences and great chemistry between the bromantic leads.

One of the top Korean comedy movies with perfect comic timing by lead actors and a heart-warming twist in the tale, this action flick doesn’t disappoint.

Synopsis: Captain Ko leads a bunch of detectives including Young-ho, Detective Ma and Jae-hoon for a secret undercover operation to expose a gang of criminals. Their location for the operation is a restaurant. Things get interesting once the Captain starts working at the restaurant.

This Korean comedy of good winning over evil is stylishly shot and makes up for an entertaining watch owing to its gripping storyline.

Synopsis: Do-cheo is an established, competent and unforgiving detective who has been assigned a case with connection to millionaire Tae-oh. This movie is known for the sharp dialogues between the protagonist and the antagonist, which makes it an intriguing watch.

Comedy, action, romance and thrilling shots — this movie is all about girl power!

Synopsis: Eun-jin, who comes from an influential family, meets a normal and boring office-goer and they soon fall in love. They plan to get married but there is a looming danger of her secret life being revealed to her betrothed by a few forces working against her.

Funny and sweet, the movie is about the tender moments of bonding between a teen father and his adopted son.

Synopsis: This flick is based on a manga. Joon-soo is an ultra-rebellious high school-going kid who also is known to be quite the ladies’ man. On his way to a grocery store, he unexpectedly finds a baby with a note and things take a unique turn thereafter. This coming-of-age film traces the protagonist’s journey from a petulant child to a responsible father.

Scandal Makers has a quirky plot and the crackling performances received numerous accolades. It was declared the highest-grossing Korean film of the year.

Synopsis: The story revolves around a teen idol, Hyeon-soo, who is now a radio host in his 30s and his dynamics with a girl. Jeong-nam claims to be his daughter. The catch is that she has a baby too.

Interesting plot twists and impeccable comic timing by the leads is sure to keep you hooked till the end.

Synopsis: Yeon-woo is a high-flying attorney who dies suddenly due to an error on the part of the management at heaven. The mistake is rectified on one condition which changes her life. Watch this super entertaining comedy to find out how.

This one is all about loving your tribe. Catch this story of seven friends while getting nostalgic about campus life.

Synopsis: The makers of Scandal Makers are behind this flick, so fun is guaranteed. A group of seven girls are tight friends in school but drift apart gradually. 25 years later, a middle-aged woman pledges to reunite them considering an unforeseen situation which has risen unexpectedly. 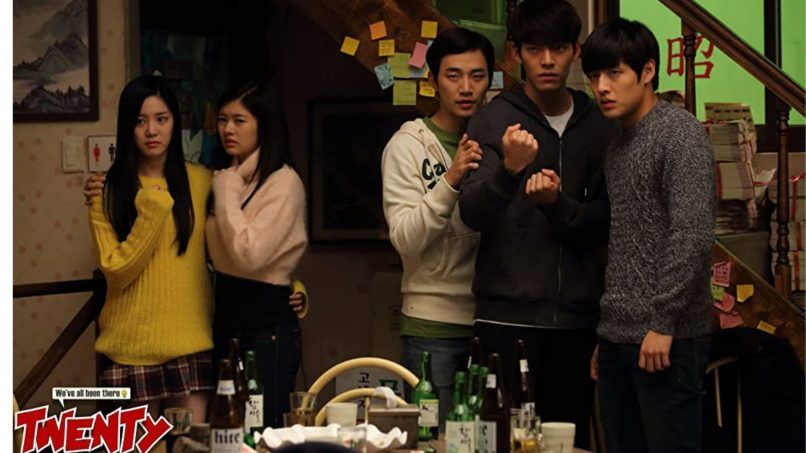 A classic buddy movie, Twenty is a modern film sure to make you genuinely smile, laugh and cry.

Synopsis: Chi-ho, Kyung-jae and Dong-woo are three friends who have just turned 20 and a life full of opportunities awaits them. But will they make the right choices? Twenty sure makes for one of the best Korean comedy movies.

This rib-tickling heist action comedy is a perfect watch on a lazy Sunday afternoon.

Synopsis: A huge heist is being planned involving a USD 30 million (Rs 2300 million approximately) diamond in a casino in Macau. The six thieves are all set to loot the diamond but there are some unreliable forces at play. Will they be successful in their endeavour? A complete comedy of errors, Thieves is undeniably gripping and is among one of the best Korean comedy movies .

What happens when a zombie has been accidentally created and unleashed? Watch this comic caper to know.

Synopsis: While conducting various experiments, a pharma company accidentally creates a zombie. The Park family comes to know about this and tries to make the best of the situation by earning profits, through the zombie.

Synopsis: Doo-ri is a 75-year-old woman who has numerous family issues. One day she enters an old photo studio. And, after getting a picture clicked, she mysteriously discovers herself in the body of her younger version — just 20-years-old.

Touching and uplifting, the movie does more than just make the viewers laugh.

Synopsis: Based on a gritty real story, this film has been adapted into a dramatic comedy by director Lee. The movie traces the journey of an innocent man Seung-ryong, who is falsely convicted of rape and put behind the bars. He has a little daughter, Ye-seung, and the movie depicts their beautiful relationship despite all the trials.

Funny, zany and irreverent, this comedy is a sure-shot way to beat your stress.

Synopsis: What happens when a meek high school student who has been bullied all his life has his body swapped with a notorious gangster? The Dude In Me is indeed a laugh riot for those who are looking for a light-hearted caper to beat their blues.