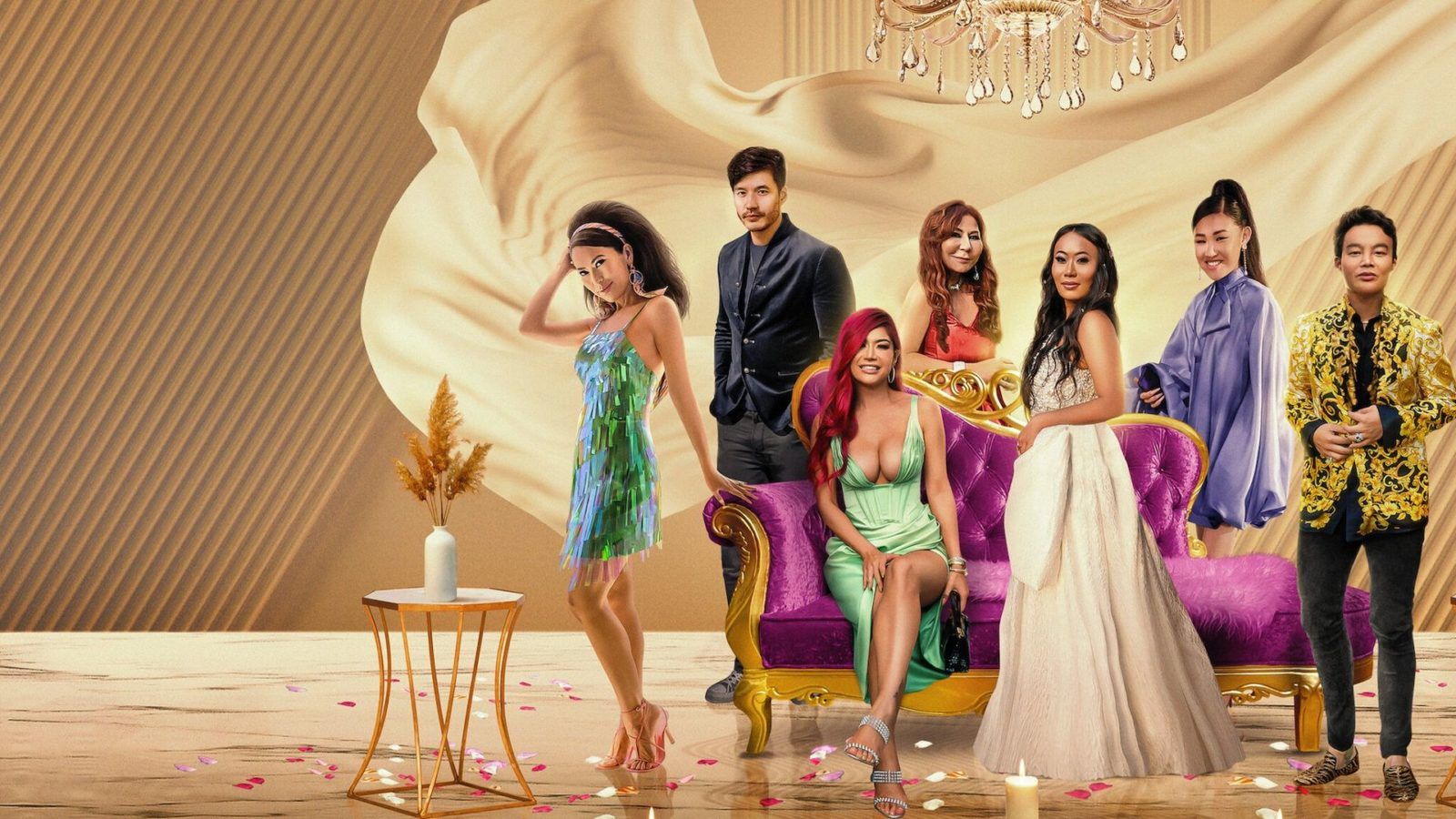 Netflix hit reality series Bling Empire returns for its second season this May. Before you follow their glamorous lives through Los Angeles on TV, get to know the old — and new — cast members of the series.

From the ultra-rich to heirs and entrepreneurs, the series takes us through their luxurious and glamorous lifestyle, fashion and cars among other things.

Released on 13 May, the new episodes include both new and old cast members. As per Netflix’s synopsis, “Los Angeles’s beloved uber-rich Asians are back with even more luxury, glamour and crazy. This season, a romance between Kevin and Kim percolates, Cherie and Jessey’s relationship is questioned, and as Kane and Kevin’s best bud friendship is tested, Beverly Hills’ rivalling queens, Christine and Anna, put a new twist on the art of social warfare. But through it all, the one thing these friends hold dearest to their hearts is their love for each other…and of course, impeccable style.”

If you haven’t seen season 2 yet, get ready for some more binge-worthy drama and maybe a romance from these real-life Crazy Rich Asians.

Cherie Chan and Jessey Lee, who got married in February 2022, make brief appearances in some episodes. They had earlier announced their departure from season 2.

Lim is a billionaire and practising Buddhist. The real estate mogul also has business interests in oil and shipping.

On the show’s first season, he was said to be “”own[ing] the shopping malls that you go into in Singapore, Thailand, and all of Southeast Asia”. He acted as  Krieder’s guide to the luxurious world of the crew.

Lim is also a renowned style icon. In May 2022, he became the South East Asian brand ambassador for Fenty Beauty.

Chiu serves as an executive producer on Bling Empire. The Taiwan-born runs the Beverly Hills Plastic Surgery with her husband, Dr. Gabriel Chiu. She is also the co-owner and founder of the Regenerative Medicine Aesthetic Institute as well as the SPA at BHPS.

A major face in the first season of Bling Empire, Chiu’s ‘competition’ with the other major face, Anna Shay, was one of the highlights of the show. In Bling Empire season 2, she appears at the Paris Fashion Week.

On her Instagram, she shares pictures of her family and has often expressed pride in motherhood.  Beside Bling Empire, Chiu was also one of the contestants on the Dancing With the Stars in 2021.

Kim Lee is a French-Vietnamese who is a famous DJ and music producer. She has worked with the likes of Ye (formerly Kanye West), Steve Aoki and Diplo among others.

A professional model before turning to music, Lee does not appear much in the Bling Empire season 1 but is famously described by Lim as the “Calvin Harris of Asia”. In the first season, Kreider helps Lee in her search for her biological father and the two become close in the process. Season 2 explores their romantic relationship.

On the season 1 of Bling Empire, Kelly Mi Li made headlines for her tumultuous relationship with actor Andrew Gray of Power Rangers fame. Now single, Mi Li told TODAY that she is prepared to show a “funnier side” of herself to the audiences in season 2.

Mi Li is a Chinese American entrepreneur, tech investor and film producer. She is also an executive producer of Bling Empire.

Daughter of Edward Shay, the founder of Pacific Architects and Engineers and a US defence and government services contractor, Anna Shay was born into wealth. Along with her brother, Shay made USD 1.2 billion from sale of their shares in their father’s business in 2006.

As such, her life revolves around fine jewellery and private jets.

Shay, who is of Japanese and Russian descent, was one of the two ‘queen bees’ of Bling Empire season 1 alongside Christine Chiu.

In season 2, she takes Jamie Lee’s help with her Instagram account where she posts snippets from her personal life and jewellery.

Born in South Korea, Kreider was adopted by an American couple who brought him to the US. He was raised in Philadelphia and moved to Los Angeles later.

A professional model and founder of match supplement Be More Matcha, Kreider is one of the pillars of the show. He has been open about his recovery from alcoholism and worked as a motivational speaker.

Bling Empire season 1 was told through Kreider’s eyes and his connect with the audiences was seen as exceptional. In season 2, fans get to see more about his life, his fitness routines and the newfound romance with fellow cast member Kim Lee.

Chan is the heiress of a denim major. She once tried to make her name in the world of music and was signed to Sony Music Japan, but left it because of her mother’s disapproval.

In Bling Empire season 1, Chan was pregnant with her second child with partner Jessey Lee —also a fellow cast member. In a relationship for a long time, Chan proposed marriage to Lee and the two got engaged. Lee then proposed to Chan in August 2021. According to PEOPLE, the two subsequently got married in secret in Champagne, France, earlier in 2022.

Both Chan and Lee appear briefly in season 2. The couple is active on Instagram and often show glimpses of their family life.

Morris was born in Vietnam and is reportedly a survivor of the Vietnam War. She later moved to the US, where she became a model, philanthropist and businesswoman. Morris is married to Donald Morris, the CEO of plumbing manufacturing firm Morris Group International.

Bling Empire season 2 marks the first appearance of Morris as a cast member on the show. Her husband will also be seen alongside her.

Wang is a renowned reality TV veteran and has previously appeared on shows such as Rich Kids Of Beverly Hills (2014-16). A billionaire, she is the daughter of Chinese American businessman Roger Wang and is an entrepreneur herself. Her businesses include the jewellery line Fabuluxe and champagne brand Rich and Bubbly. She is also a licensed real estate broker.

Wang grew up in Beverly Hills but now resides in New York City.

A former champion equestrian, the 24-year-old Xie is a famous fashion influencer and the youngest cast member of Bling Empire.

The Chinese American model is the daughter of Ken Xie, CEO of Silicon Valley-based cybersecurity firm Fortinet. She has an unboxing channel on YouTube in which she shows the luxury stuff bought by her. She also shares her love for fashion on Instagram.

Los Angeles Netflix Crazy Rich Asians bling empire
Manas Sen Gupta
Manas enjoys reading detective fiction and writing about anything that interests him. When not doing either of the two, he checks Instagram for the latest posts by travellers. Winter is his favourite season and he can happily eat a bowl of noodles any time of the day.
Travel Culture Entertainment Food
Sign up for our newsletters to have the latest stories delivered straight to your inbox every week.