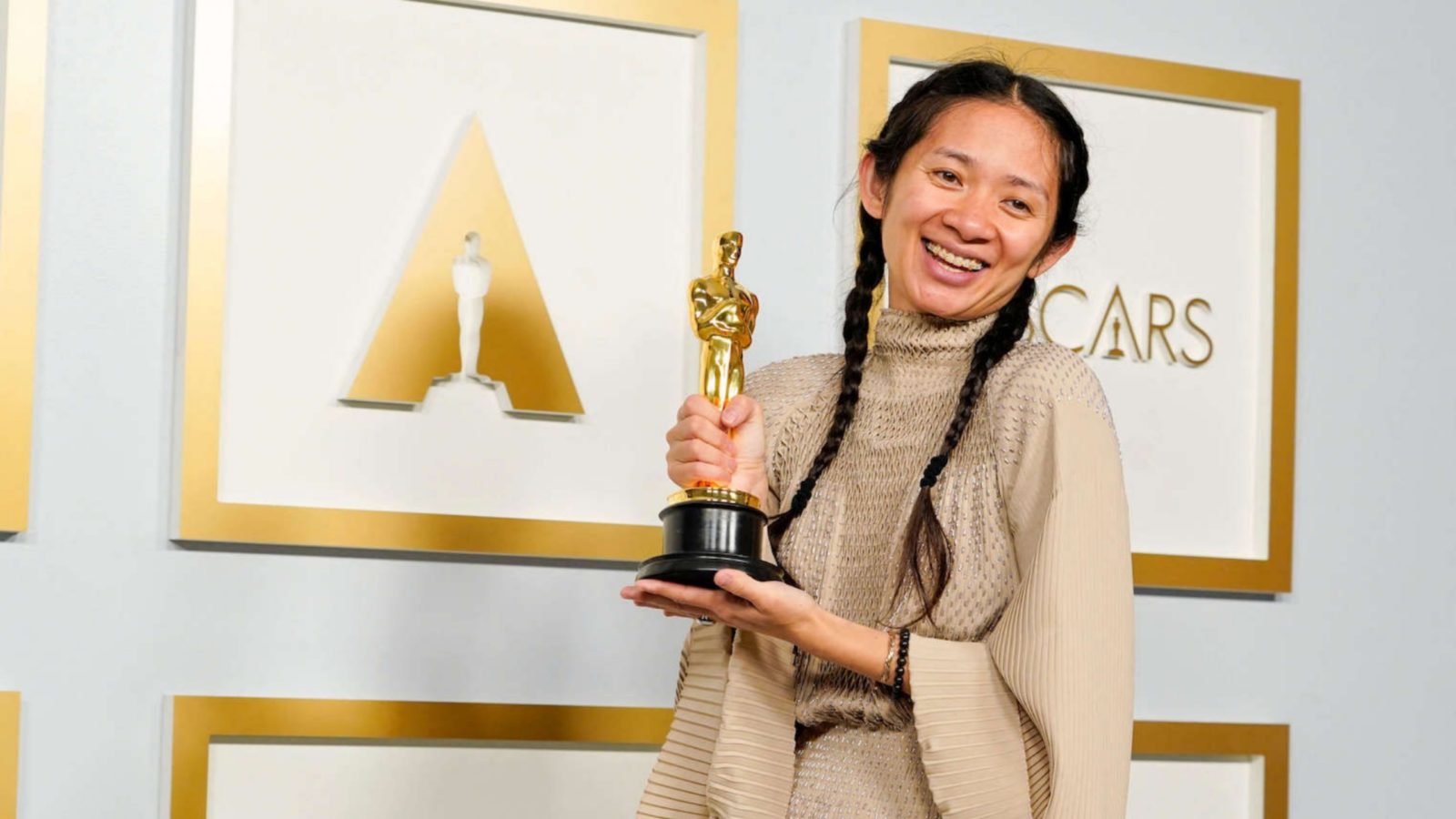 Sneakers are generally a red carpet no-go, but there’s a time and occasion for breaking convention; when better than the first time the Oscars’ Best Director award was bestowed upon a woman of colour?

That woman is Chloé Zhao, the Chinese-born, US-based director of Nomadland. She is also the second woman ever to be awarded with the title at the Academy Awards, now in its 93rd edition. (Kathryn Bigelow took home the title for The Hurt Locker in 2010.)

On stage, Zhao kept her winning speech clear and concise, saying, “This is for anyone who has the faith and courage to hold onto the goodness of themselves, and the goodness of others.” She projected an air of quiet, unassuming confidence through her look: her bare face was framed by a pair of French braids, and her petite figure was enveloped in a monastic ensemble consisting of a pleated gown from Hermès’ Fall/Winter 2021 collection and a pair of white sneakers as bright as her future.

Zhao’s outfit lacked the shine of the metallic gowns worn by Margot Robbie, Regina King and Andra Day. She wasn’t interested in showing off her toned figure like Zendaya, nor did she take up red carpet real estate with big ballgowns like Carey Mulligan and Amanda Seyfried did.

In fact, the 39-year-old director hardly cared for the official Oscars dress code, which was emailed to nominees last week: “We’re aiming for a fusion of Inspirational and Aspirational. In actual words, formal is totally cool if you want to go there, but casual is really not.” Imagine the Oscars organising committee losing it over Zhao’s sneakers, which are the ultimate signifiers of casual fashion.

It’s 2021, and the concept of wearing sneakers on the red carpet, while not wholly embraced, is not exactly radical. Kristen Stewart has famously broken the Cannes Film Festival’s ‘no flats’ rule twice in the past decade — once by going barefoot, another time by sporting a pair of Vans. Viola Davis, Hailee Steinfeld and Tina Fey have all traded high heels for sneakers at Oscars after parties in the last few years.

Zhao’s pristine Hermès sneakers, though, are not so much of a statement against a sexist shoe policy. Instead, they are a symbol of modernity, putting her in a league of other influential, independent women who work tirelessly behind the scenes.

Think Hermès designer Nadège Vanhee-Cybulski, who took her first finale bow by stepping out in a pair of mustard sneakers, and later offered women’s trainers at the Parisian brand’s runway shows. She no doubt took style notes from her ex-boss Phoebe Philo, whom she had worked with as senior designer at Céline. And she must have found a natural affinity with the Olsen twins, also fans of minimalist sneakers, when she joined The Row in 2011. All these designers have answered to women’s needs, creating clothes that make them feel their most confident and capable.

Likewise, Zhao has introduced a female perspective in another industry: cinema. Nomadland is her third feature film, for which she served as director, producer, writer and editor. The 2020 film itself is a realistic, riveting portrait of a woman who perseveres through her trials — or what we would call a hero, if it were a male-led Western flick.

“I do think it’s important to create more nuanced female characters than have been portrayed through the male gaze, so that our daughters can grow up watching themselves authentically on screen,” said Zhao in an interview from 2018. With Nomadland, she achieves just that.

And while it may not be obvious, Zhao’s Oscars outfit is a step-up from her typical ensemble of jeans and worn-out leather cowboy boots, which she wore when being honoured at the Venice Film Festival and the Toronto International Film Festival last year. (Her rustic, rugged style even mirrors that of Nomadland’s protagonist, portrayed by Frances McDormand.)

Perhaps Zhao knew the she would make history tonight. Whatever the case, one thing is for sure: what she did, more than what she wore, is what we will remember in the years to come.

oscars 2021 Chloé Zhao
You might also like ...
Culture
Oscars 2021 sets new benchmarks for diversity
Culture
Oscars 2021: Nominations break records for women and people of colour
Lifestyle Asia
Here's where you can read the latest news and stories from Lifestyle Asia, curated from all of our editions in Hong Kong, Singapore, Kuala Lumpur, Bangkok, India and Paris.
Luxury